Where to check out fall colours in Toronto

Fall colours have descended on Toronto and will last for another couple of weeks before the majority of remaining foliage is knocked to the deck by late October winds. There's really no better time of year to get out and explore Toronto's many ravines and urban forests than now, so here's a quick little guide to the best spots for nature-gawking this autumn. As always, we'd love to see photos of you exploits added to the blogTO Flickr pool. Lead photo by Subjective Art. 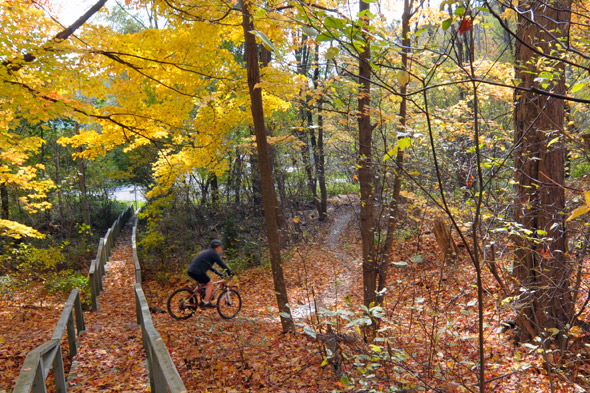 While many will flock to the Brick Works to take in a bit of fall's splendour, further up the Bayview Extension to the northeast of Pottery Road, the Don gets even more majestic. Home to some of the best mountain bike trails in the city, this section of the ravine system is the ultimate urban retreat, right down to the hill that overlooks the southern part of the valley and the Toronto skyline (head southeast from the Loblaws Parking lot). Check out this post for info on access points and trails. 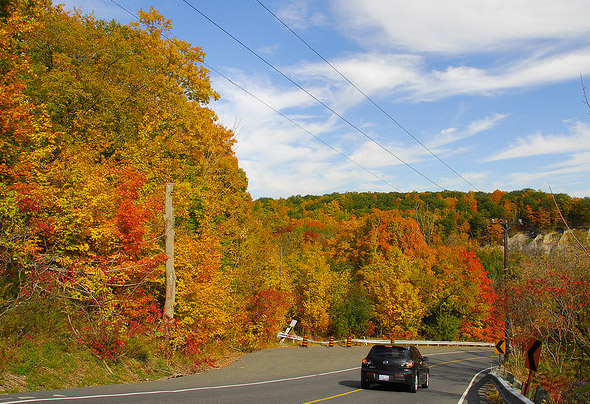 Many would argue that the Rouge Valley is the best place to go to get a fill of fall in the Toronto area. Far enough from the city that it feels more legitimately nature-y, it's quite the hotspot on weekends, when hikers and photographers come to the park in droves. You wouldn't necessarily know it once you get out on the trails, though. At 5,000 hectares, there's, you know, lots of space. Photo by Lord of the Wings. 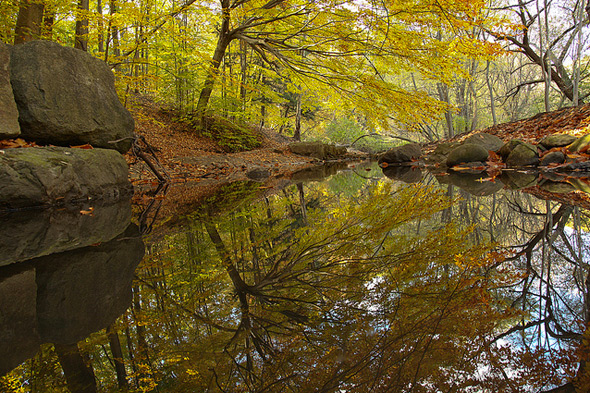 A seemingly obvious choice, High Park is actually best for catching late season fall colours as the trees typically turn a little later than they do in and around the Don. The key here is to to follow the trails on the west side of the park and in the vicinity of Grenadier Pond where everything's a bit more vibrant than on the main roadways that run through the park. Photo by Oktay Ozturk. 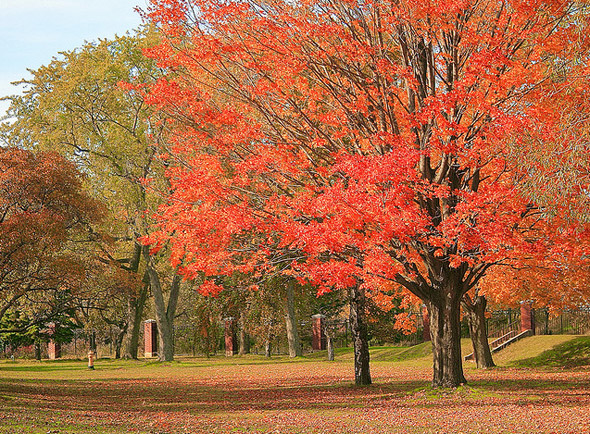 Although the vast majority of Torontonians cease making the trek to the Islands post-Labour Day, that's incentive in and of itself to get out and explore without the massive line-ups at the ferry terminal. And, on the off chance that you're really into trees, there's actually an astounding variety of species here. Photo by SnapHappyExPat.