TTC routes mapped by the time between stops

Here's a neat-o TTC map from earlier this year that's been brought renewed attention by the Reddit TO crew. Created by James Rosselet, Rocket by Time updates the standard TTC route map via the addition of the predicted interval between each stop (provided there are no delays). The data upon which the map is based was sourced from Google's transit maps (for streetcars) as well as manually timed (for subways) and, crucially, pertains to non-peak hours when there's less traffic in the system.

As such, it can't be used as an authoritative guide to TTC travel times, but it's a fascinating document nevertheless. I, for instance, have always wondered just how long it takes to get from Eglinton West to St. Clair West Station, which though it often seems like more than five minutes actually clocks in at around 3:53. Got a similar query? You can take a look at the high res version of the map here. 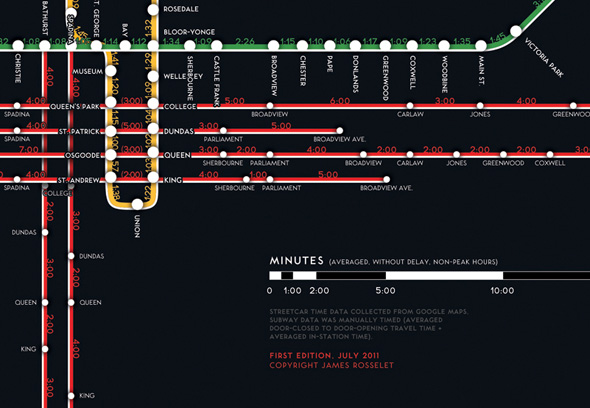 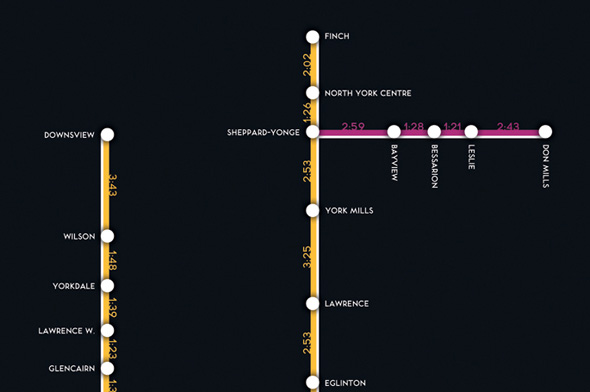 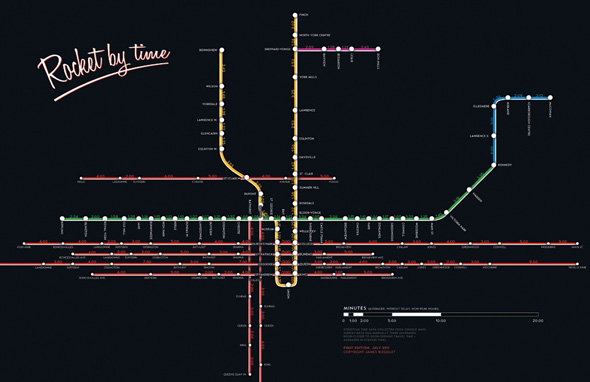