When the markets opened Monday morning it looked like the momentum of Occupy Toronto might have been waning. The "Major Statement" planned for Bay Street this morning amounted to little more than a couple dozen people mirrored almost one-to-one by media. Last night the General Assembly voted down the motion to occupy Bay Street, but a small contingent of protesters took up residence independently anyway.

Back at St James Park things were very different, by 11 a.m. the area was already a buzz of activity. The information and media tents were remained busy places, people could be seen brushing their teeth at the temporary water stations, and others meditated by the gazebo. The park, during quieter hours, has a very comfortable and welcoming vibe. Everyone is quite friendly and open to talk about their own reasons and experiences for being there. 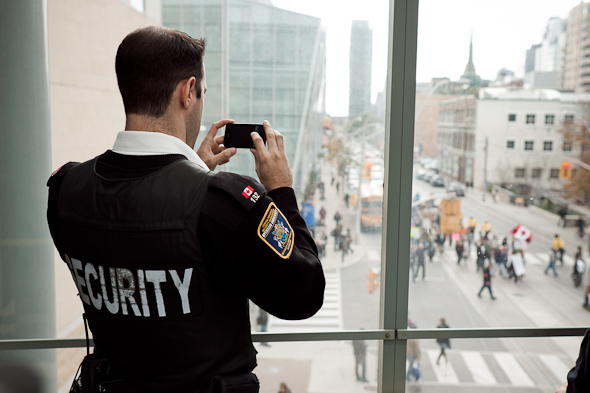 At noon, a united Occupy Toronto marched up to Ryerson University to join the first event of the school's Social Justice Week. Unlike this morning, this march reached critical mass with upwards of 350 people from the movement joining the 50 or so already assembling on Gould Street. Speaking at the event was rogue senate page Brigette DePape who â along with representatives from the Steel Workers Union, Native rights representatives and student activists â encouraged the enthusiastic crowd to remain strong and stick together. 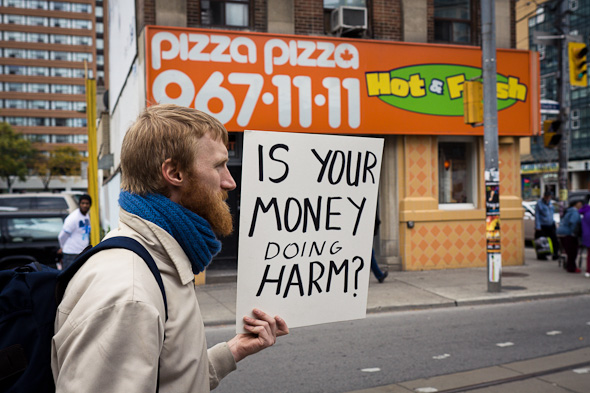 After the event at Ryerson, marchers headed to Yonge street and, with a police escort, took over the southbound lane on their way back to St James Park. Even with traffic at a standstill, the display seemed to be mostly well received. A few people on the sidelines wondered was was going on, but bicycle chimes, car horns and cheers could also be heard from passers by. 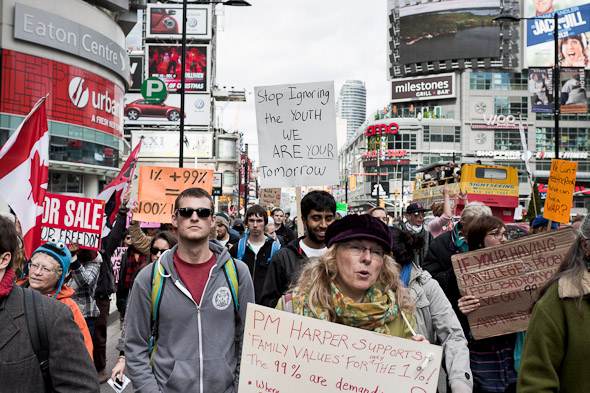 Kudos for how smoothly everything went should go to the police in addition to the protestors. Throughout the day, their presence remained strong, but always respectful and neutral. During the walk down Yonge Street, they led the way, cleared the streets of traffic and made sure the parade was safe both for protesters and the general public all the way back to the park, the occupation of which doesn't seem like it's going to end anytime soon.

At 4:45pm a contingent of the occupy movement returned to Bay Street for a second protest. This time the group was much larger, roughly 200 strong. The crowd, again escorted by police, marched west on King Street to the TSX where this time they occupied the intersection for a period of time, after which the group marched north on Yonge to Dundas Square where they have staged a (what appears to be fairly impromptu) sit in. 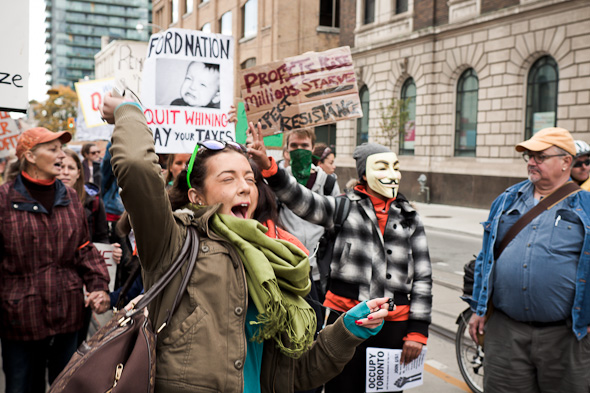 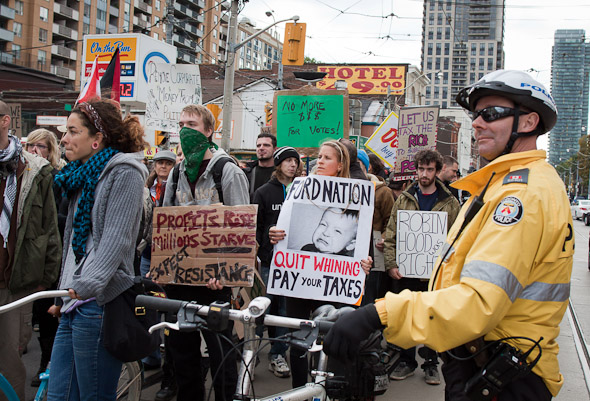 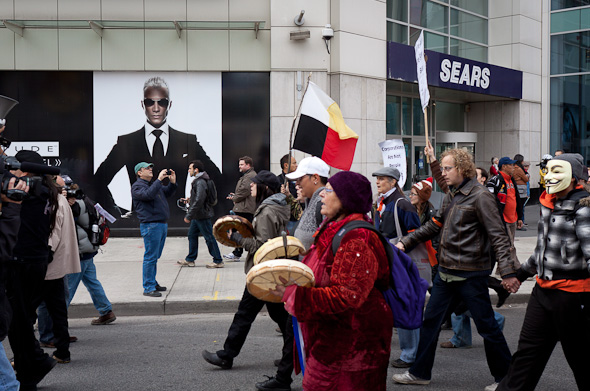 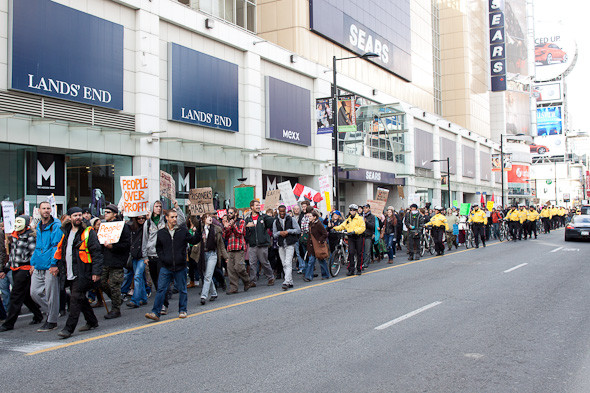