Jarvis bike lanes to be eliminated

Earlier today, Toronto City Council voted to eliminate bike lanes on Jarvis, Birchmount and Pharmacy as part of its adoption of the 2011 Bikeway Network Update, which passed with amendments 28-9. Jarvis will eventually be returned to its former state â i.e. a fifth signaled traffic lane will be re-installed â despite the fact that the original staff recommendation for the street called, which called for additional pedestrian space.

Council did, however, vote to coordinate efforts to restore the street to its prior state with the implementation of separated bike lanes on Sherbourne in 2012. The bike lanes on Birchmount and Pharmacy, on the other hand, will be removed in 2011. The estimated cost to remove the bike lanes and re-install the fifth lane of traffic on Jarvis is $200,000.

And the vote breakdowns: 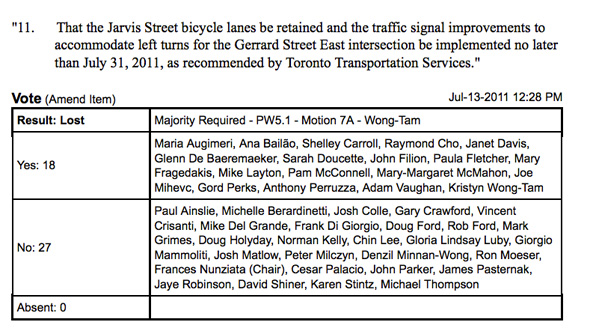 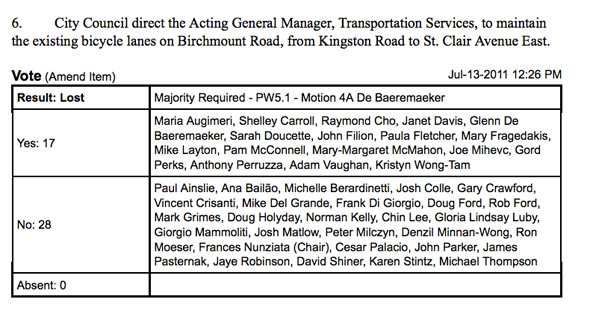 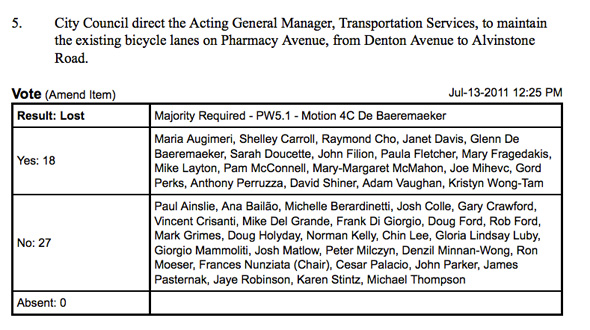 2011 Bikeway Network Update (note the absence of a number of council members who walked out in disgust):

Photo by Martin Reis in the blogTO Flickr pool