Get to know a street: O'Connor Drive

O'Connor Drive has a luxury with which we downtowners are usually not privy: space. Its restaurant patios back onto trees, not the brick walls of adjacent buildings; its shops and facilities often come with their own parking lots, virtually eliminating the need to tackle the parallel park (not that I could anyway); and its sidewalks are free from clutter, afforded by the space between businesses.

O'Connor Drive is not exactly a glamorous strip and is occupied mostly by boxy buildings and the occasional strip mall, but it does posses a bit of an untouched charm, unaffected by the trends in urban aesthetic. Plus you can get cheap cookies. Lots of them. Here are some places worth checking out on O'Connor Drive. 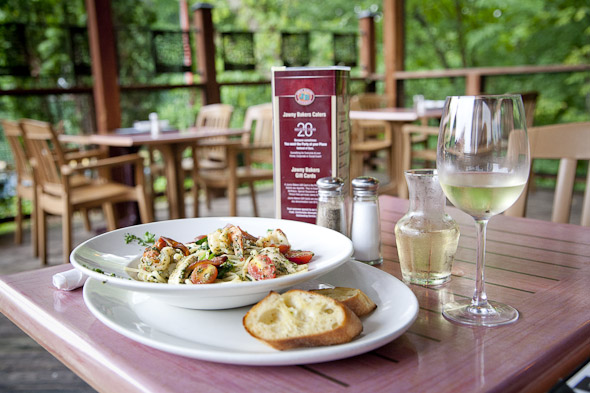 Jawny Bakers
I initially misjudged Jawny Bakers as a typical bar and grill. It's definitely a little sleeker, a bit of a step up from the local fingers n' fries joint. A glance at its menu will certainly confirm that; Filet Mignon, Linguini Pescatore, and Chicken Madeira in a wine sauce, to name a few items. The green around the back patio gives the illusion that you're dining in some secluded space (despite being adjacent to a parking lot) and the bar boasts an impressive list of domestic, premium, and imported beers on tap. 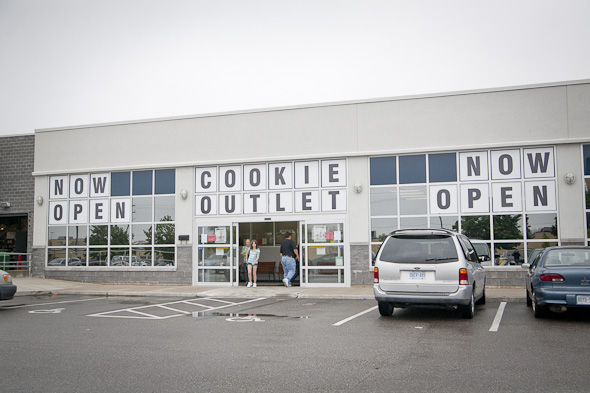 Cookie Outlet
The Cookie Outlet just down the street from the Kraft factory is not the wonderland of deliciousness I had hoped it would be. In fairness, though, the outlet only recently moved into this new space on Bermondsey Road. The shop, which is currently a bland grey and white, has discount boxes of Peek Freans, Ritz crackers, and Oreos (regular, golden, and football-shaped), as well as massive bags of unbelievably cheap broken or slightly irregular cookies. You can also pick up a bag of 20 Cadbury Creme Eggs for $6, which quite possibly will inflict nausea upon a simple glance. 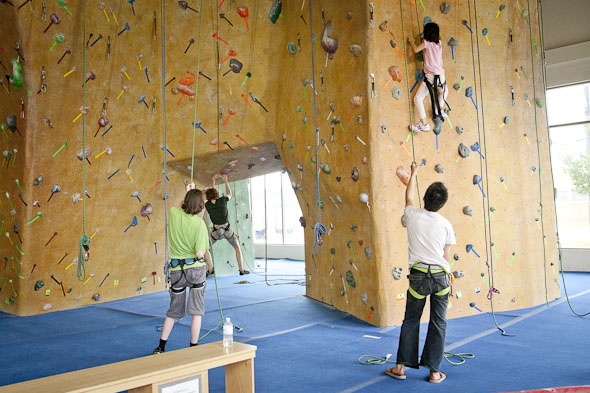 O'Connor Bowl
O'Connor Bowl looks like it hasn't changed in decades. Or seasons, for that matter, if the Christmas decorations still hanging by the front entrance are any indication. The alley has 24 lanes of 5-pin bowling, which were all dark and empty when I recently stopped by midday. Perhaps everyone was just holding out for the disco lights and fog of the Saturday night Glo Bowl? 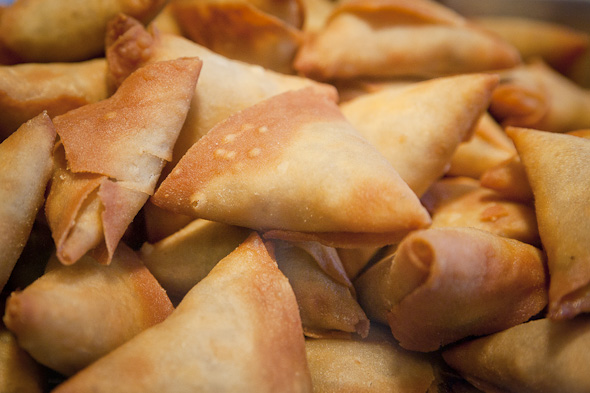 Sultan of Samosas
Sultan of Samosas is a fairly modest-looking strip mall samosa joint, but its reputation is certainly not constrained by its square footage. Sultan of Samosas goes beyond just a vegetarian and meat option in offering its signature varieties, which include Tandoori Chicken Kabuli, Steak and Potato, Mutton, and Spinach with Feta and Mozzarella. Most of them are there waiting for you when you arrive. 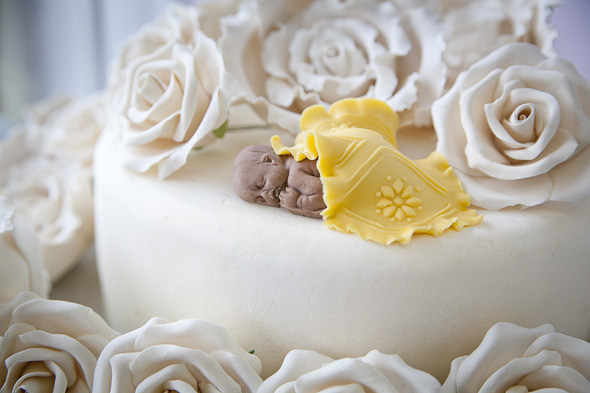 Katie's Cakes
Katie's Cakes claims to create all sorts of specialty cakes--wedding, corporate, birthday, erotic--though I saw no evidence of the latter when I stopped by. Instead, the petite shop had proudly displayed a few wedding cakes in its window, along with sweet treats delicately arranged behind the counter. Katie's Cakes also hosts classes for three levels of baking expertise. 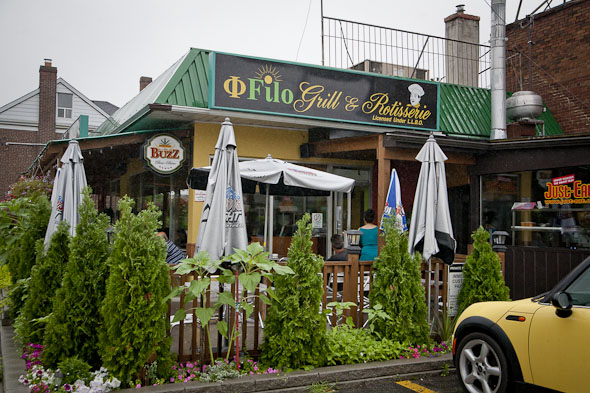 Filo Grill & Rotisserie
Filo Grill & Rotisserie is a neighbourhood source for Greek cuisine super-late into the evening. Open until 2 a.m., the restaurant is known for its rotisserie chickens and gyro dinners, though I was taken not by the food, but by the volume at which some patrons were discussing life issues outside on Filo Grill's patio. But besides impassioned debates, that patio also hosts summertime carvings.

Hornet Hobbies
Hornet Hobbies offers a glimpse into a time before Game Boys (though that's dated now too, isn't it?). I'll admit I was totally lost wandering the aisles of model airplane kits, model railroading pieces, Military Modeling magazines, and endless shelves of glues, spare pieces, and paints, but I was also equally mesmerized. My notable finds included a military kit called "Ghost Division Tank Crew Blitzkrieg 1940," a miniature conductor figurine selling for $22, and a fabulous book on "Modern Soviet Fighters." And to think, I grew up captivated by the insufferable PokĂŠmon Red. 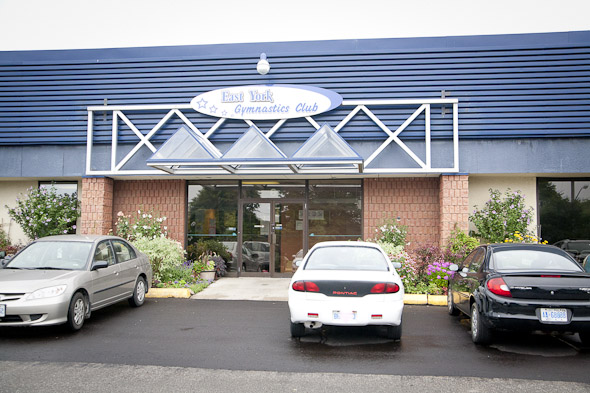 East York Gymnastics Club
East York Gymnastics Club doesn't have a striking exterior presence, but inside it's 32,000 square feet of space for gymnasts of various ages and skill levels. The club has trained over 30 provincial champions and continues to breed competitive athletes. There are also recreational programs for children as young as five, and for those of us who still have issues sitting comfortably cross-legged.