A ride on the new TTC Rocket subway train

The TTC's new Toronto Rocket subway trains were in action on the Yonge-University-Spadina line this morning, and members of the media got a chance to take a ride from Davisville to Union and back again. Since we've already written a bit about these snazzy new trains, I was most interested in checking out how the Rocket would get around on the tracks.

Compared to a T1 train, one of the first things that you notice is the different noise the Toronto Rockets make. Although not quieter per se, as the train gets up to speed, the hum it makes is a bit lower and smoother. When asked the admittedly childlike question as to whether or not the Rockets go faster than their predecessors, TTC spokesperson Brad Ross smiles and tells me that "trains can only go so fast in the tunnels." Still, at an 88 Kp/h max speed, it won't even get a chance to test its mettle while in service (trains usually top out at 65 Kp/h between Lawrence and York Mills). 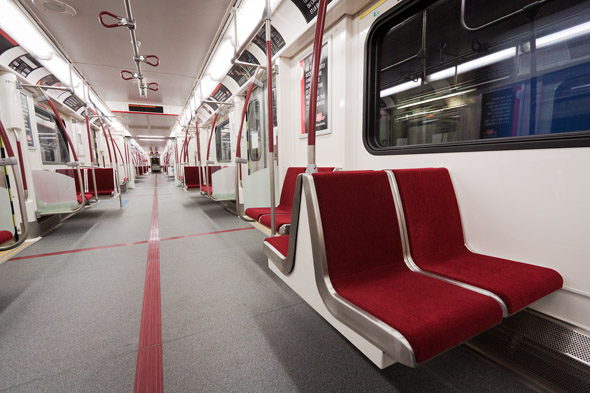 Really what these trains are all about is increased capacity, accessibility and safety. Of the many differences between the older T1 trains (introduced in 1995) and the Toronto Rockets, the newer models will have an eight to 10 per cent greater capacity. Most of that percentage comes from the increased floor space accommodated by the open gangways that link each of the six cars that compose the train (which I'm told is a design unique for North American subways at present) . It's tough to put a hard number on this, but the general consensus is that T1's held about 1100 passengers at capacity, so the Rockets will probably get 100-120 extra people on board. 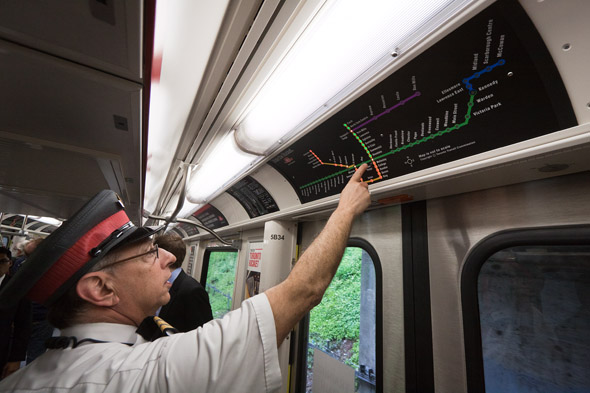 When you get on one of these things, you'll swear that they must be wider than the old trains, but that obviously isn't the case (how would they fit within the existing platform and tunnel infrastructure?). Part of this illusion is created by the lack of stanchions to hold onto in the middle of the train. These have been replaced with ground-based guide strips designed to assist sight-restricted passengers. While this is admirable from an accessibility standpoint, it'll be interesting to see what happens when the train abruptly stops or starts when it's filled with passengers (and not a handful of media types). There are additional handles on the ceiling of the train, but I suspect that these Rockets might get a little smellier on hot days (with everyone's arms in the air), despite their new air conditioning units. 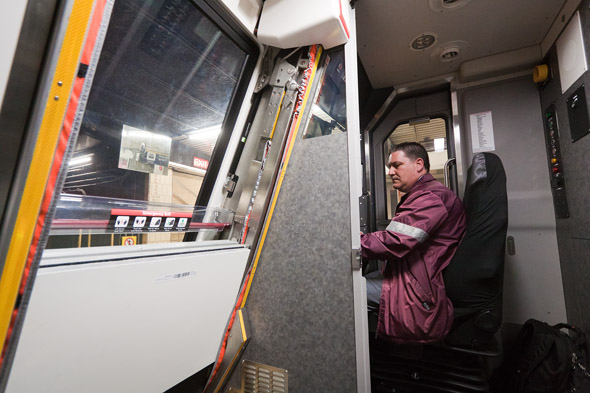 Nevertheless, the trains are obviously more spacious, and it makes sense that they'll run on the YUS line, which is the most travelled in the system (during the morning rush, roughly 30,000 passengers go through Bloor Station an hour). When the TTC implements a new computerized signaling system on the line, the trains will also be able to run closer together, which will ease crowding.

At present, there are only a few of the Toronto Rockets on TTC property, but the contract with Bombardier now calls for a total of 70 to enter the system between now and 2013 at an approximate cost of a billion bucks. The Rockets are due to be put into regular service in a few weeks. In the meantime, here's some more photos and a rundown of some of the other features. 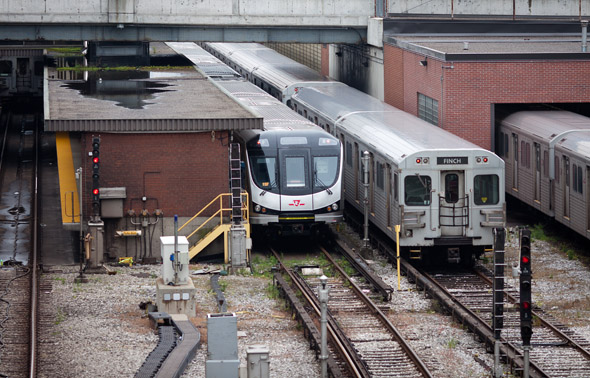 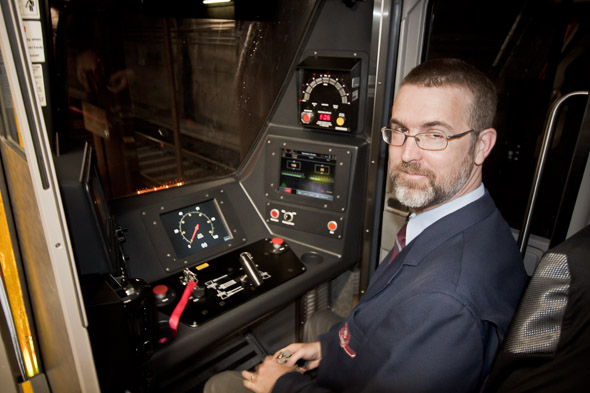 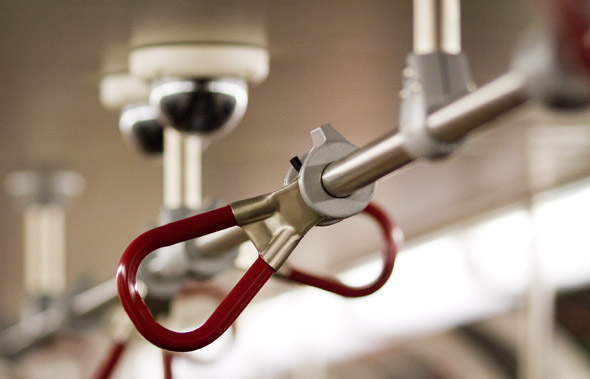 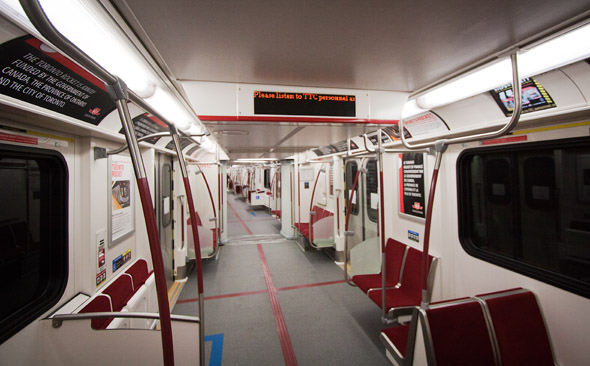 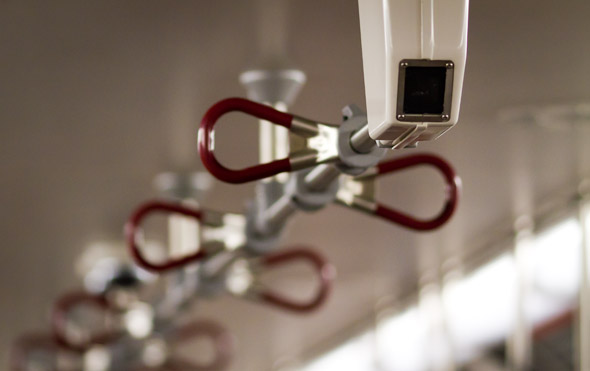 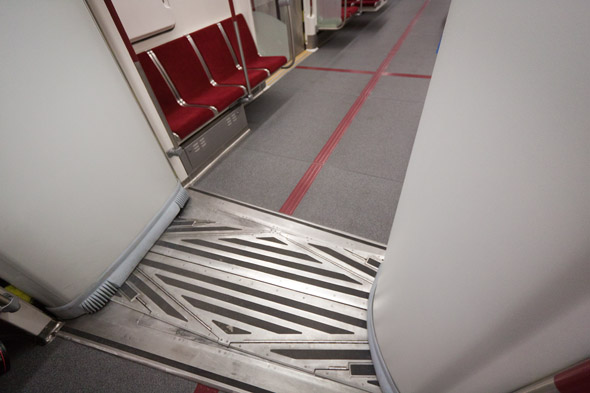 Check out the new station announcements and how the open gangway handles bumpy track.