The lost architecture of Peter Dickinson in Toronto

Although Peter Dickinson played a prominent role in modernizing Toronto architecture throughout the 1950s, there's startlingly little written about the man and his buildings.

This is likely yet another example of that Canadian quirk whereby it's only possible to get the recognition one deserves at home by being embraced abroad, which isn't really an option for someone whose work was generally confined to Toronto, Montreal and Ottawa. 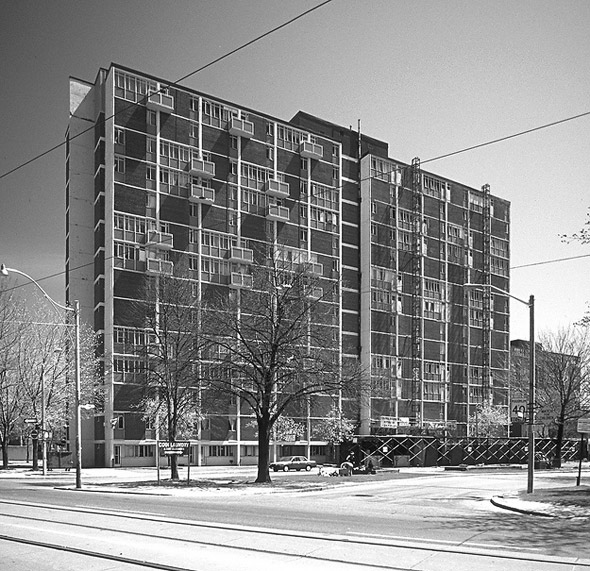 That's not to say Dickinson is an unknown. Even if his name isn't always immediately affiliated with them, a number of his buildings could accurately be termed iconic. 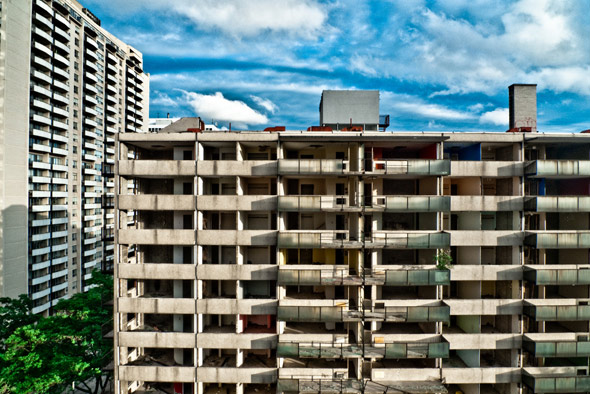 In Toronto there's Meridian Hall (formerly named the Sony Centre for the Performing Arts, Hummingbird and O'Keefe Centre), the Benvenuto Apartments, the now lost Inn on the Park hotel, and the Maisonette Towers that were mostly demolished in Regent Park. 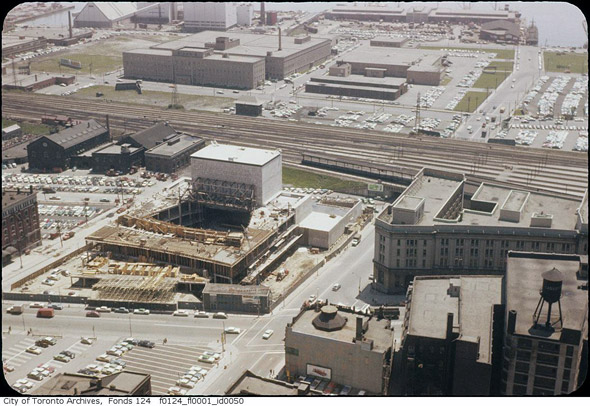 In Montreal, the slender Bank of Commerce Building (La Tour CIBC) remains a quintessential example of the modernist skyscraper. 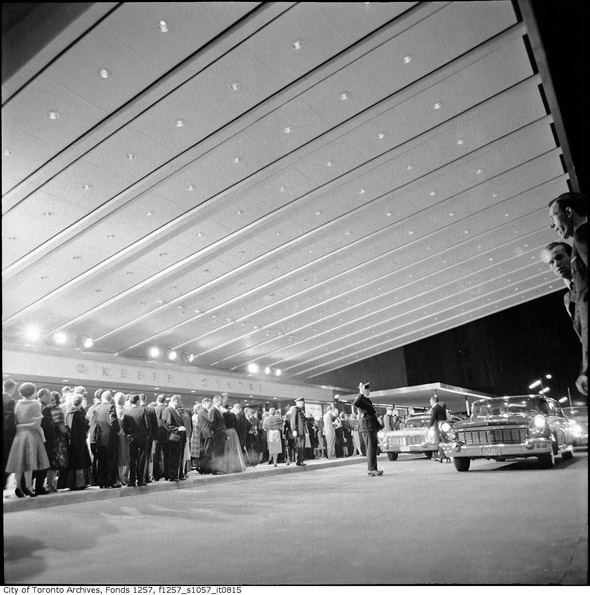 Dickinson arrived in Canada from England in 1950 and died of cancer just 11 years later. In the time between he designed hundreds of buildings, many of which were realized. Not all of these have stood the test of time. 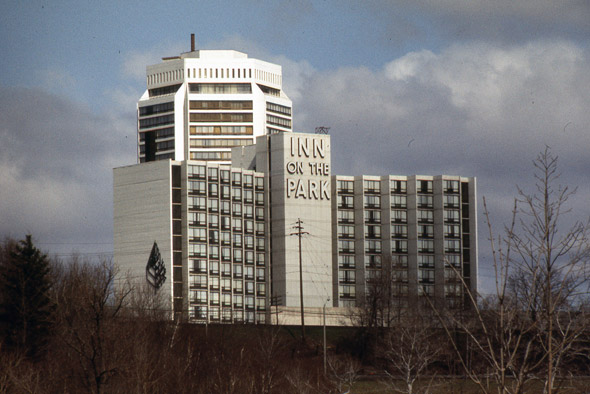 Along with those lost to demolition or altered beyond recognition, there are some, like the North Toronto Medical Building (near Avenue and Lawrence), which are anything but inspiring. 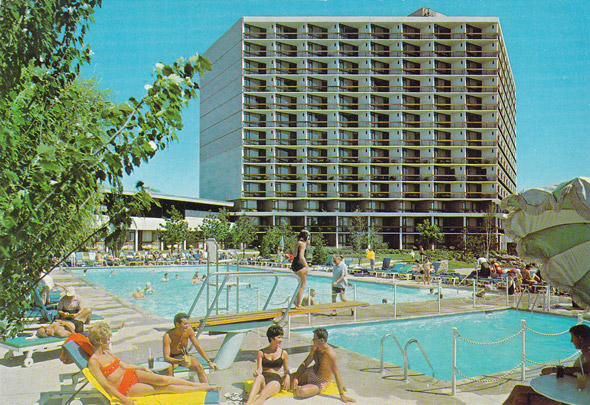 Despite this, it remains remarkable just how many of Dickinson's buildings can still be found in and around Toronto.

Along with a few of the highlights listed above, there's also the Juvenile and Family Courts Building on Jarvis, York Mills Collegiate Institute, the Beth Tzedec Synagogue, the Queen Elizabeth Building, 365 Bay Street, 4 King West and 500 Avenue Road (to name only a few). 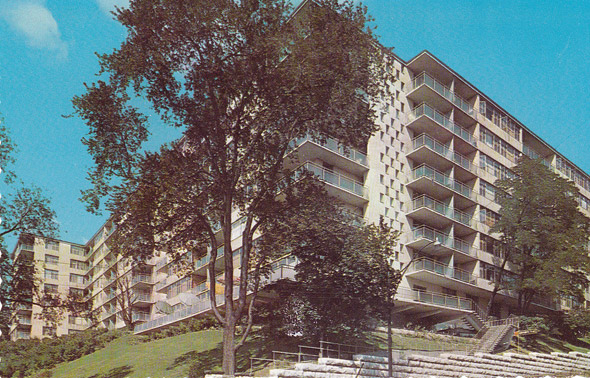 I have John Martins-Manteiga to thank for my introduction to Peter Dickinson and his buildings. The director of Dominion Modern, an archive and gallery devoted to the preservation of Canadian modernism, his 2010 monograph on the architect is the first of its kind.

"Here you have one of Canada's most important architects, and the major publishers aren't even remotely interested in a project like this one," he tells me of the self-published effort. 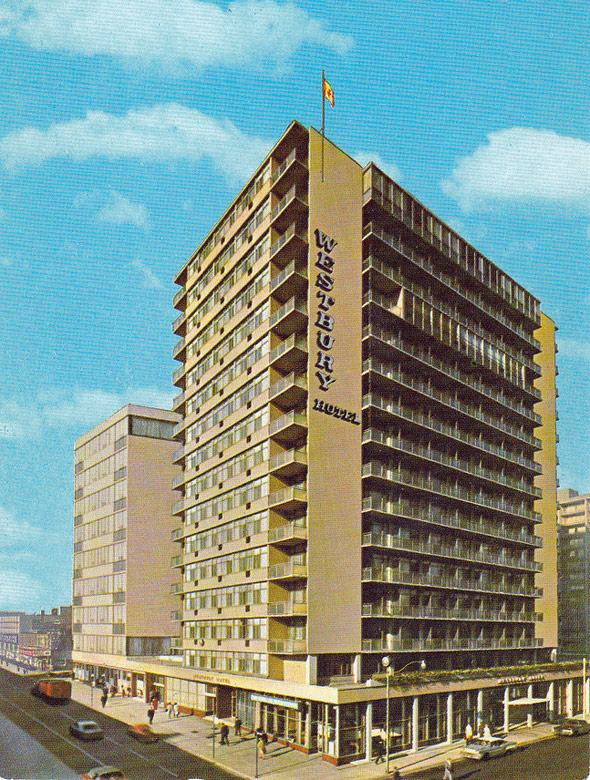 Who knows? Maybe the reason why Dickinson's work fails to capture the public's imagination goes beyond the Canadian conundrum. Perhaps people just aren't interested in the boxy architecture of the previous generation.

But to look at the Benvenuto Apartments, for instance, is to see a way of designing buildings that is sadly past. Sure they're sturdy and boxy, but there's also a undeniable delicacy to them in the way that they subtly emerge out of the Avenue Road Hill south of St. Clair. 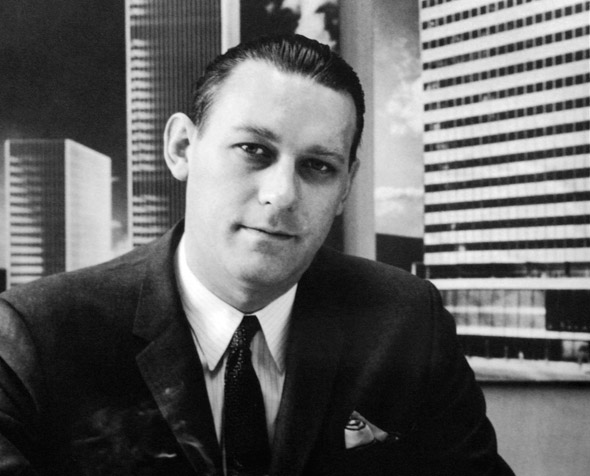 Not all of Dickinson's buildings are like this, but the boldness of his designs was always tempered by a level of detail that belies any accusations that they were mere monoliths.