It's a Toronto apartment throwdown! Back in November I took a tour of the newly opened Artscape Triangle Lofts, which are located in the same structure that houses the Westside Gallery Lofts. To keep the costs down for the Artscape tenants, their portion of the building -- which comprises 68 units -- is accessed via a separate entrance and lacks some the luxury amenities enjoyed by the other tenants (e.g. a pool, fitness centre, rooftop waterfall and hot tub).

As a result of this more no-frills approach (along with other subsidies), the units on the Artscape side are considerably less expensive. This whole segregation thing (that probably makes it sound worse than it is), however, has continued to intrigue me. And, as a result of the plethora of comments on the first post that criticized the abundance of exposed concrete on display in the unit I visited, my curiosity as to what the apartments/condos on the other side might look like has remained pronounced.

No longer. After some searching, I finally came across a decent set of photos of a one-bedroom from the Westside Gallery Lofts to which the originally featured apartment can be compared. Although each apartment looks to be the same size, there are a few significant differences over and above the added amenities. The floors of the first unit depicted below have been given a wood finish (though not all of the Westside Lofts have this), the kitchen is decked out in stainless steel appliances, the bedroom area is fully enclosed, the ceilings appear to be a foot higher, and there's a (much) better view.

But what about the price? The subsidized Artscape rental costs $740 a month while the Westside Gallery Loft is listed at $1450 on Craigslist and Kijiji. Of course not everyone has the option of taking up residence in a subsidized apartment, but just to play around for a moment (and to offer something of a response to the comments on the first post), my question is this: taking into consideration the differences in amenities, appearance and price, which apartment would you rather rent? 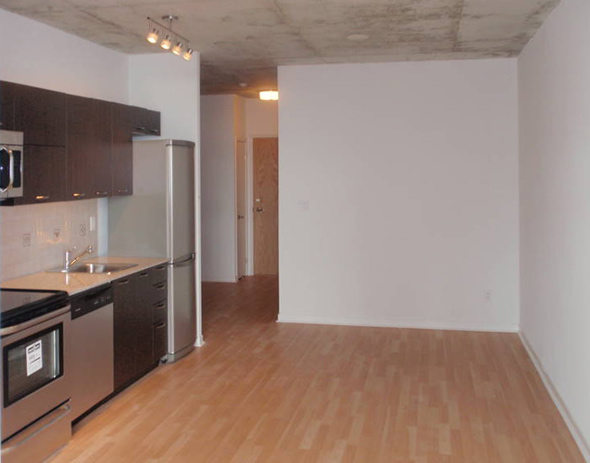 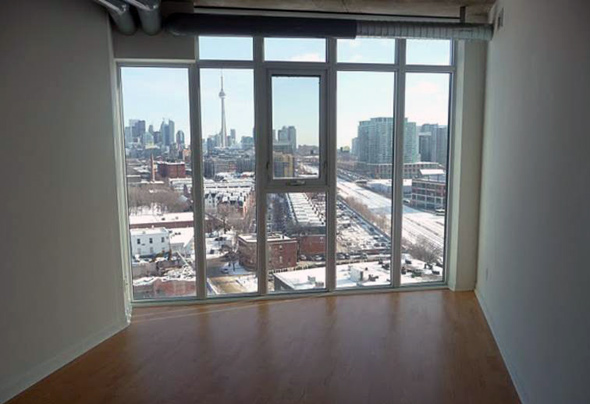 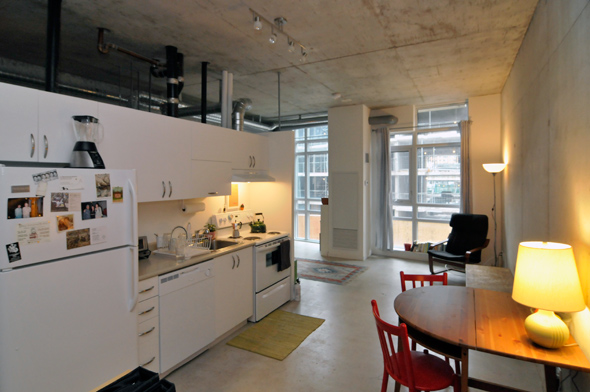 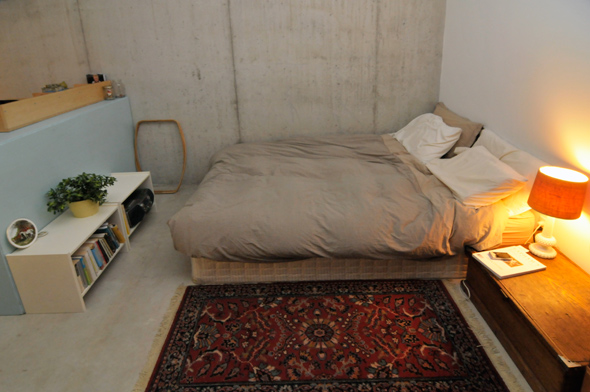 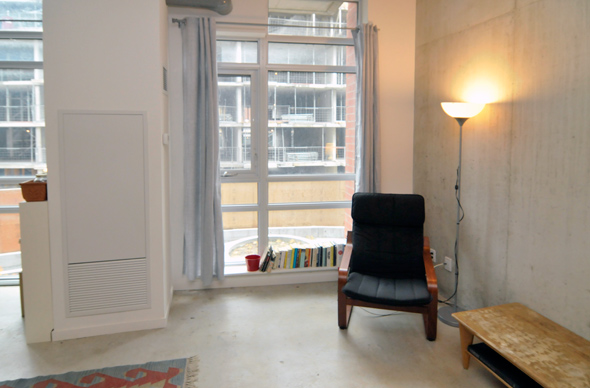 Note: Due to a request from the real estate agent representing the owner of the apartment originally featured from the Westside Gallery Lofts, we replaced images depicting that building.