The search for the coolest house in Toronto

A few days ago, Cool Hunter did a feature on Integral House, one of Toronto's most significant private architectural landmarks. Built in 2008/09 on a ravine lot in Rosedale, the 18,000-sq.ft. accordion-like structure features a 150-seat concert hall, tons of floor-to-ceiling glass and a staircase that doubles as a work of art.

But is it the coolest house in the city?

It's somewhat difficult to explain exactly what that word -- cool -- means in this context (and it doesn't have to do with temperature), but I suspect that pretty much everyone intuitively knows what I'm getting at. There's a certain je ne sais quoi factor that generally means that the coolest houses aren't necessarily the nicest or the most expensive (though they'd rank high enough on these lists too).

And given that I've written about strange homes and wacky architecture, it seems appropriate to try and put together a list of the coolest houses in the city. I've whittled my selections down to five, but I'm more than open to expansion should there be some interesting recommendations in the comments section. Lead photo by livinginacity. 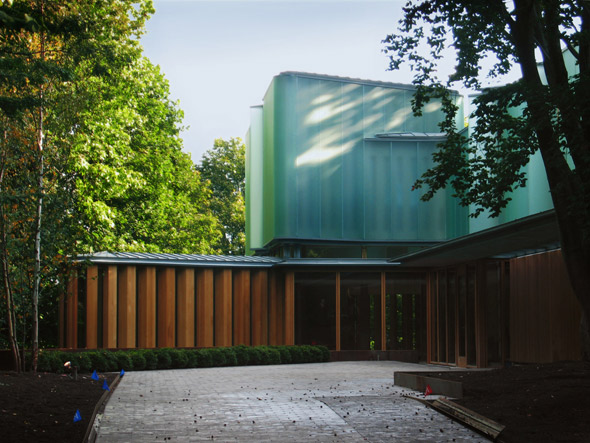 Architects: Shim-Sutcliffe
Why it's cool: Well, some of the reasons are outlined above, but the minimalist aesthetic -- which combines concrete and wood rather seamlessly -- and the indoor pool are also worthy of mention. Photo by livinginacity. More images here. 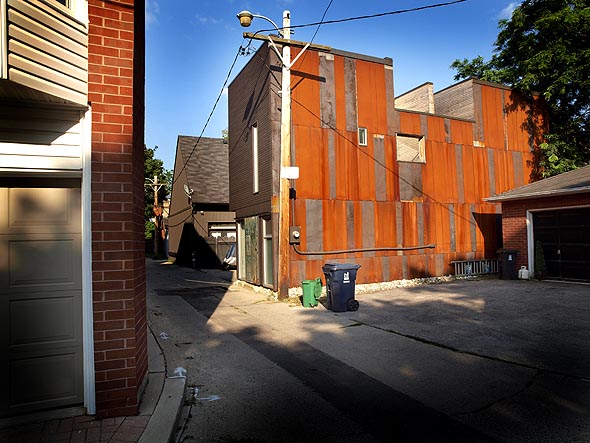 Architects: superk端l inc.
Why it's cool: I always think laneway housing is cool, but this is cut above the rest. Smallish compared to others on the list, it nevertheless makes great use of urban space as a conversion of a former blacksmith shop. Aesthetically speaking, it always strikes me as a Richard Serra sculpture-turned-house. Photo by Rick McGinnis. More images here. 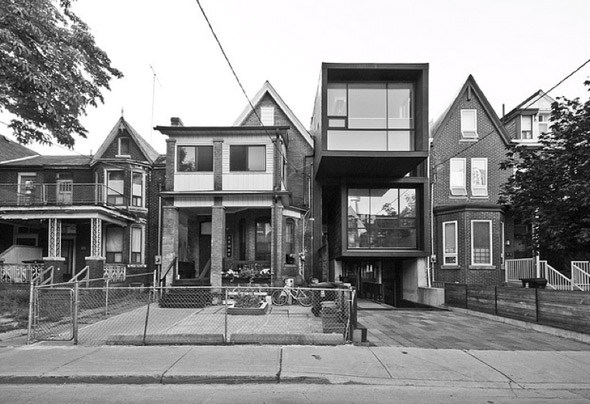 Architects: Teeple Architects
Why it's cool: Although some complain that the house doesn't match its neighbours on Grange Ave., that only adds to the intrigue of the structure to me. Whenever I walk by I say to myself "I'd like to live there." Photo by Scott Norsworthy. More images here. 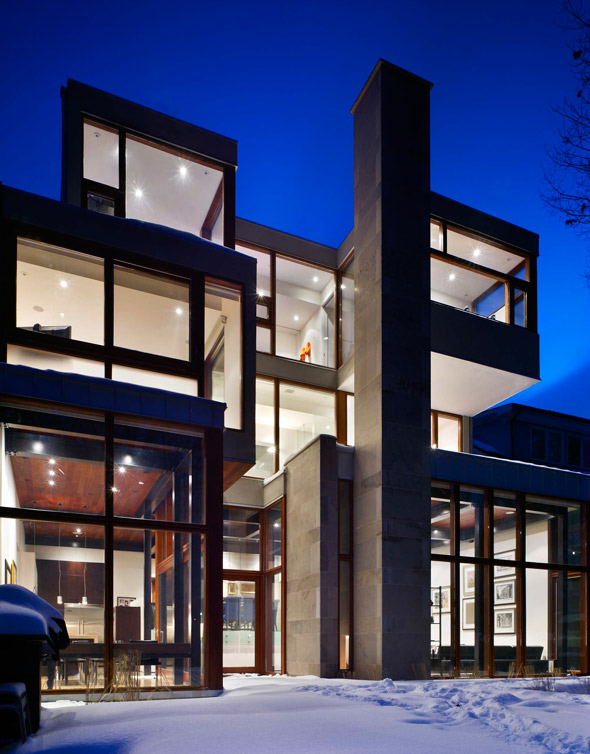 Architects: Drew Mandel Design
Why it's cool: Aside from being about the only good part of Atom Egoyan's Chloe (its interior is depicted throughout the movie), the open concept and exposed levels just look awesome. Photo by Tom Arban. More images here. 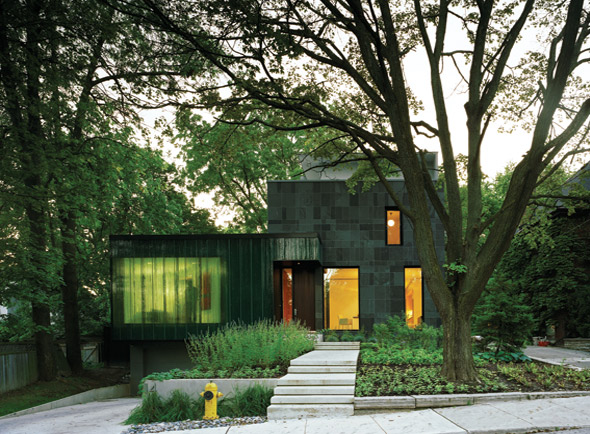 Architects: Paul Raff Studio
Why it's cool: It's got a waterfall window that acts as a sort of living art-installation, the bedroom is in the treetops, and despite its modern design it integrates wonderfully into the surrounding landscape. Photo courtesy of Paul Raff Studio. More images here.

The Cube Houses at Eastern and Sumach, Laneway House on Croft, and 95 Ardwold Gate.