Condo set to tower 47 storeys over the Royal Alex

A few weeks ago, an agreement was made between developer Brad Lamb, Niche Developments and the City of Toronto that will allow for the construction of a condo at 224 King Street West. Called Theatre Park, this building will sit right next to the Royal Alexandra Theatre (there is currently a parking lot in this location). It will rise 47 stories, poking out of a block of buildings that are largely heritage and mostly four to six stories. According to the city's original plan for the area, this wasn't supposed to happen. 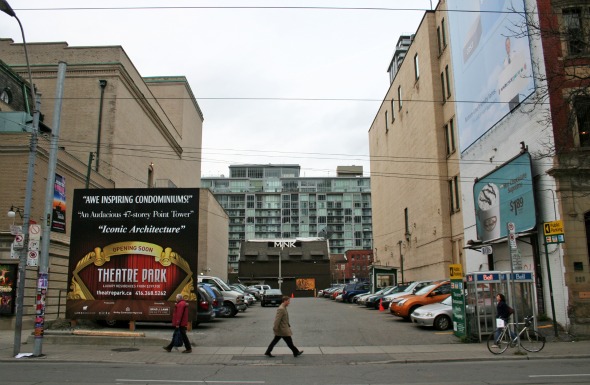 The application to rezone the lot was initially rejected by the city. The major issue was the development's effect on the surrounding buildings. Because of the way property tax is assessed, putting an enormous, expensive condominium next to small heritage buildings is devastating: the property values of the nearby heritage buildings - and consequently, their property tax - shoot up. Adam Vaughan, the councillor for the ward, has 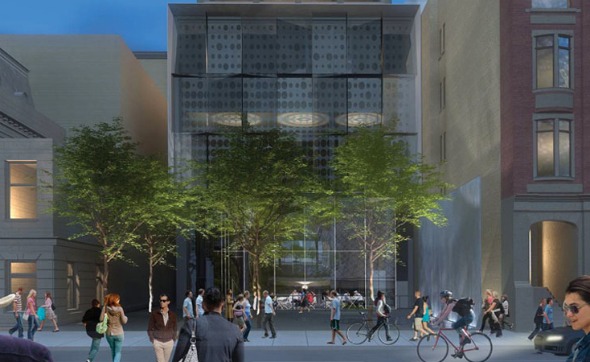 illustrated this clearly: "Assessments in this area have jumped from $8 - to $23-million overnight ... It's literally bankrupting landowners in this area." When owners are sitting on an aging heritage property that has seen its value and tax bill quadruple, it's not surprising that they would want to sell to a developer.But any objections to the proposal were doomed from the start. While this block is not zoned for this height, when the nearby TIFF Lightbox/Festival Tower was approved, it set a precedent that affected the whole area. For example, the M5V condo, further west on the south side of King Street, was initially rejected by the city. The developer took the city to the Ontario Municipal Board (OMB). The strong precedent set by Festival Tower was one of the key reasons the OMB sided with the applicant. Although the city tried to argue that the south side of the street was intrinsically different than the north side (due to shadowing concerns), the board disagreed.

With a rejection, the city can lose many of the 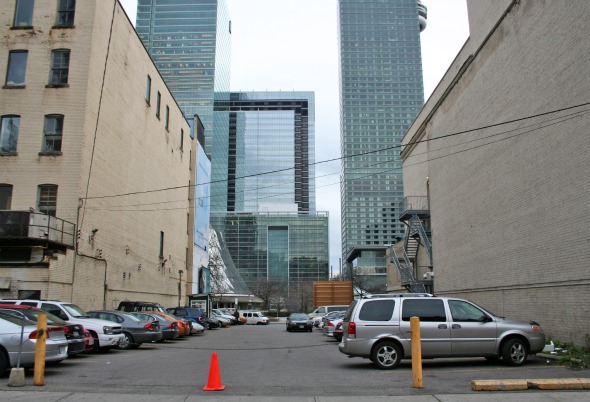 section 37 concessions, such as money for community projects, it has extracted from the developer. Losing in front of the OMB was thus not a preferred option, and that's why the city eventually made a deal with the developer of Theatre Park.The city did get some minor concessions from the negotiations, such as a drop in height, and some section 37 money. But the bigger issue for Vaughan was that the negotiations and delay enabled the city to designate the surrounding buildings - 212 King Street West to 322 King Street West - as heritage before the application for Theatre Park was approved. As well, funding was established for a study to establish a Heritage Conservation District for the King West area.

Both of these tools, when completely in place, will provide some protection for the buildings. 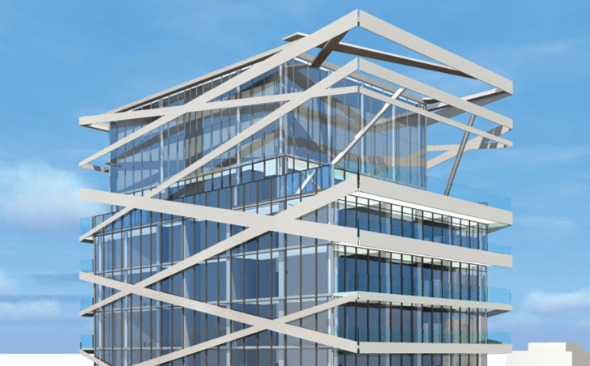 Vaughan told the National Post: "This may be the last tall building on this block." But as can be seen on Queen West - a Heritage Conservation District since 2007 - these tools are not always sufficient to prevent demolitions, particularly when the lure of profit is involved and a negative precedent is invoked.The building planned for the space does have several positives. It is turning a parking lot into a mixed use building. It will have a public courtyard, and the podium will feature a restaurant. It's been designed by one of the city's most well-respected firms, architectsAlliance, and it'll also be set back from the street to ensure that it does not dominate or shadow the Royal Alex. If it were somewhere else, it might be unconditionally welcomed.

The problem with Theatre Park is that it makes it clear that the city is scrambling to plug holes in a leaky planning apparatus. The OMB exists to uphold planning precedent - it doesn't legislate. The fact that the city knows it would lose at the OMB suggests it is not confident enough in its own planning for the neighbourhood. The political pressure that pushed for TIFF upended the area's plan. As Vaughan has said, "Is [this] what the secondary plans 10 years ago envisioned? No." 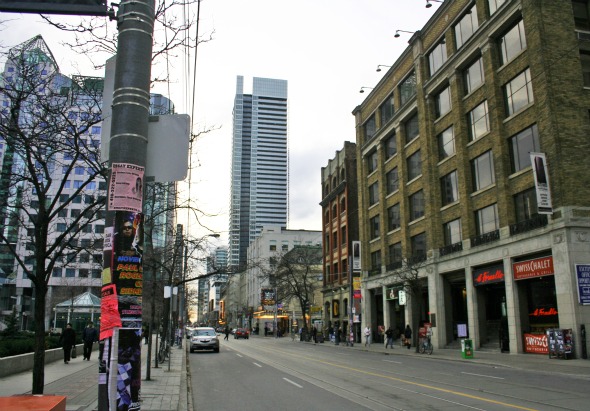 The city needs better planning in place to ensure that the little heritage we have left is worked into the city's evolving fabric, and not tossed aside. But planning costs money. And money - if planning money is considered "gravy" - may soon be running low.

All photos by Matthew Harris. Renderings from Lambdevcorp and Niche Developments.