What should we do with Toronto's superfluous churches?

Toronto used to be known as a City of Churches. However, since the 60s, most churches in the downtown core - particularly the more mainstream churches - have seen dwindling attendance. The loss of attendance has caused a loss of income for the church organizations that administer them. Many of the churches in the downtown core were built in the 19th century or the early 20th century. Maintenance costs for these aging but beautiful structures can be high. Without a sustainable income from congregations, how can they be maintained as functioning churches? The Bellefair United Church on Queen East provides an example of a growing trend affecting "superfluous" churches: their conversion into condos.

A few years ago, two United Churches in the Beaches felt the need to deal with their declining incomes at Bellefair United Church and Kew United Church. Unable to support their churches separately, the congregations 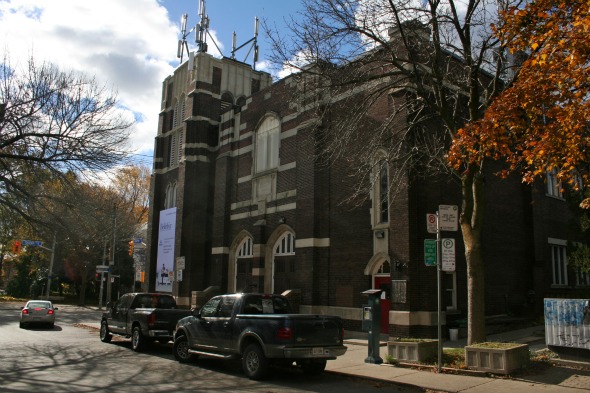 decided to amalgamate in 2007. The new congregation was named the Beach United Church. To reduce their costs, the unified congregation decided - after an intense discussion - to sell off one of the buildings: the Bellefair Avenue Church. Out of the eleven bids submitted, the one made by Reserve Properties was chosen. The church was sold to them in 2009. Proceeds from the sale went to renovations of the remaining church, as well as ministry work.Converting churches is always a risky business. Even if the regular congregation is not very large, the number of people in the neighbourhood who think fondly of the building is often much greater. Churches are fixed in the community's memory as the location of significant ceremonies the individual members might have attended, such as weddings and funerals. As well, churches are usually architecturally important to the fabric of the neighbourhood. The Bellefair Church fronts onto Queen East and is a major landmark in the Beaches community. Changing or demolishing the building could have a large impact on the community's sense of self.

The people who have taken on this challenging task are a father-son team that works for Reserve Properties, named Sheldon and Shane Fenton. Although they have many years of experience in other retail and commercial projects, the conversion of Bellefair (and a similar loft building on Ossington) are a fairly new type of project for them: mid-rise, infill fabric buildings in established neighbourhoods. They were drawn to the project due to the neighbourhood. "It's an area we connected to in the past, growing up," said Sheldon. "[To] make our mark with [this] community brings us a greater level of enjoyment to the work that we do." 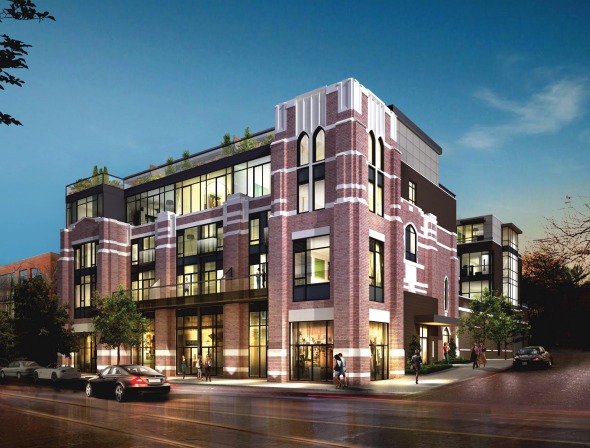 So far, the city and the church have been supportive of their work. The developers have brought in Chris Borgal (in conjunction with RAW Design Architects), one of Toronto's biggest experts in architectural heritage work. The building was built in 1922. It is not currently listed or designated, due to the relative commonness of its design. But the developer's plan to maintain the tower and elements of the exterior, including the pilasters, is likely the limit of preservation the city could enforce anyway. The addition of retail - generally a plus from the city and community's perspective - further complicates the ability to retain more of the heritage facade since the current wall facing Queen is blank.

Conversions also always create at least one zoning challenge: parking. According to parking regulations, residential conversions usually require more parking than the site can offer. This usually means the destruction of the existing building. The developers are getting around this issue by creating 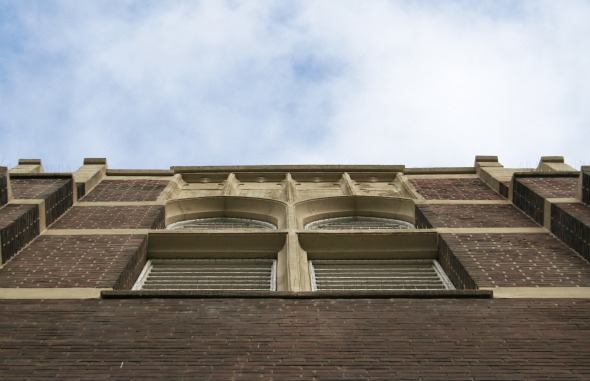 stacked parking behind the building. Otherwise, all of the changes to the site required only minor variances.The major downside to this project is that the interior of the building will not be retained. Many of the church's sacred materials have already been moved to the remaining church or given to congregants. Like most United Churches, Bellefair was fairly bare of ornament. But the architecture of the interior has a simple elegance, and it is always sad to see history lost, particularly when it has such a central meaning to a community.

I spoke to some people from the community passing outside. Generally, they wished that the church could have remained in operation, but they were positive about the conversion. Most liked that the exterior was being incorporated. The Bellefair Church project is not a perfect solution - a perfect solution would be a complete retention of the building with an entirely new use (such as the Bathurst Street Theatre). But with so many churches sitting neglected or rotting, at least a portion of this church and its site can return to an active use.