One week out, and the hangover from the municipal election still lingers in the news. But, I promise, next week's edition won't be all politics. I mean, I really, really promise.

"But the truth is, we have no money for subways, so subways won't get built." - David Miller in a speech delivered to the Rotary Club.

"There's a misnomer out there that a big crane is going to come along when Rob is elected, grabbing these streetcars and tossing them in the lake. It's just not going to happen. Spadina is there to stay, St. Clair is there to stay." - Doug Ford, dispelling the notion that, well, streetcars are going to be tossed into the lake.

"David Chen tried to fill the void where the justice system failed." - Ontario Court of Justice Ramez Khawly provides his reasoning for finding the local grocer not guilty on all charges.

"Enjoying the feedback, positive and negative, re: one of the many ways the Ford campaign outsmarted the competition." - Rob Ford's Deputy Communications Director, Macdonald Fraser, on his creation of @QueensQuayKaren, a fictitious Twitter identity who you can find out all about here.

"Tonight the people of Toronto are not divided; we are united. We are united all around." - From Rob Ford's victory speech. 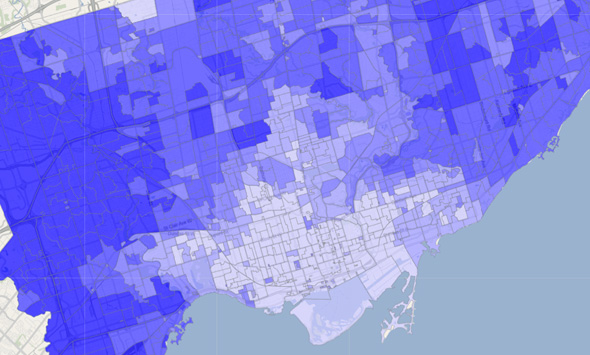 -8 C - The projected temperature in Toronto tonight with the windchill factored in.

150 - The number of tweets sent by @QueensQuayKaren before "her" account was deleted.

I'm pretty sure most have heard this by now, but it was a pretty remarkable interview that deserves some archival treatment here.