Ryerson comes of age with its rapidly developing campus

If you haven't attended Ryerson University - or even if you have - you might have, at some point in the past, dismissed Toronto's third-largest university. "Rye High" (as its detractors have nicknamed it) has often struggled to gain the respect it deserves as an academic institution. In practical and professional terms, however, the university has risen sharply in esteem in the past two decades. Despite this, Ryerson's campus has never been able to shake off its "glorified high school" vibe.

This is likely because Ryerson was a bit of an accidental university. It was originally founded as 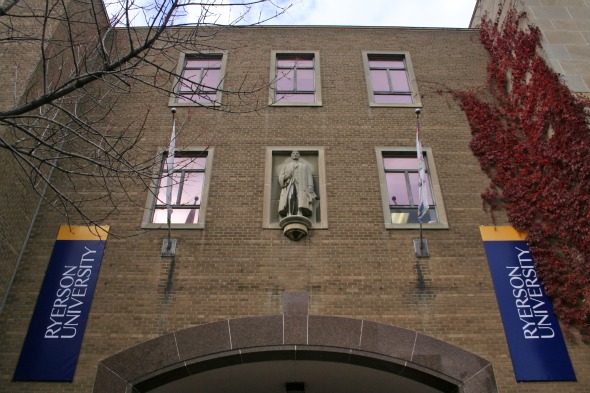 a training academy after WWII 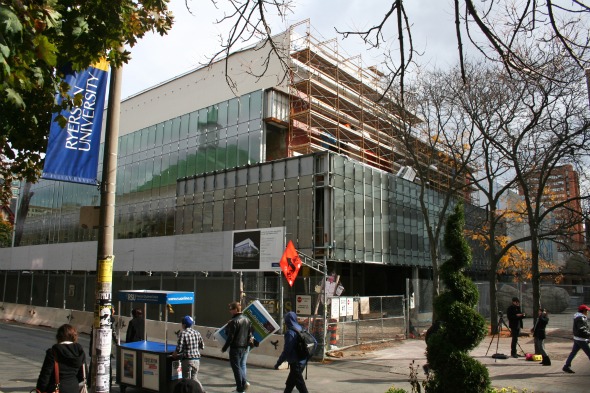 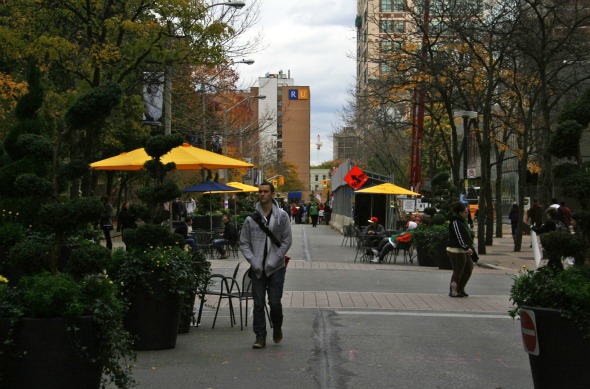 This has produced many benefits. With more students, Ryerson has more money. But it has also produced some great difficulties. Ryerson is catching up to York in terms of student population - 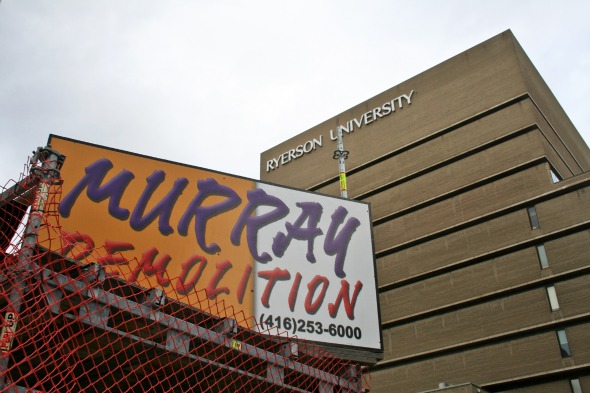 it has nearly two-thirds the number of students York has - but has less than a tenth of the space. U of T, with its enclave-like clusters of quads and fields, has helped shape and define the city around it as it grows. York's current main campus was essentially designed and built from scratch in the sixties, and there is ample space for it to grow. In contrast, Ryerson has grown up in haphazard fashion, adding buildings here and there when the opportunities presented themselves. The result has not always been a successful series of additions. But the relatively recent Master Plan hopes to change this.

Launched in 2006, the Master Plan was approved by the university's Board of Governors in 2008. Its main focus is to encourage three ideas for all future campus developments: urban intensification (to address space concerns); pedestrianization (to improve the campus's feel); and design excellence. The plan also suggests creating gateways and clear markers to identify the campus, and to improve the campus's sustainability and accessibility. Overall, it hopes to turn Ryerson University's campus from accidental to intentional.If you've walked around the it lately, you've probably noticed some of the early results. The Ryerson Gallery and Research Centre is being renovated. The redesign is by award-winning architectural firm Diamond & Schmitt, and includes glowing panels and fritted glass. The renovation will create gallery space for the Black Star Collection, which is an archive of some of the greatest photojournalism in the 20th century. The anonymous donation of this archive to Ryerson in 2005 was an unexpected jackpot.This summer saw the closing of portions of Gould and Victoria Streets to vehicular traffic. Tables and chairs have been set up, as well as some potted plants. Student groups are encouraged to rent out portions of the street for activities and events. The city has officially said that this is a one-year pilot project that will end on September 30, 2011. However, barring any unforeseen (possibly Rob Ford-related) difficulties, the pedestrian space will probably be made permanent in a year's time. Redesign of the street to take advantage of this fact would occur soon after.But most exciting is the redevelopment of the former Sam the Record Man site into the new Student Learning Centre. Originally designed by the ever-reliable KPMB (architects of the new Bell Lightbox), earlier in this year the building was given new architects. These architects will be the Norwegian firm Snohetta in partnership with Zeidler. No official renderings have been released yet, but Snohetta's other projects include the new Library at Alexandria and the plans for the World Trade Center Museum. These works are impressive enough to suggest that the new learning centre will be a positive and surprising addition to Yonge Street. It will also help provide one of the gateways and markers to the campus that the Master Plan suggests.

And there are even more and bigger plans in the works. The Master Plan suggests that Kerr Hall may be torn down and replaced - potentially with a skyscraper on one corner. The university is also eyeing some of the empty lots that surround its campus on the South and East, as well as the soon-to-be-empty Hakim Optical building on Victoria Street.

Image is everything. If universities need to brand themselves as "innovation centres", they also need to have a campus that matches this boast. Ryerson has programs and faculty that other universities can envy. With the successful implementation of this master plan, it might eventually have a campus to envy, too.