St. George Street is one of my favourites in Toronto. It is also one of the most interesting in the city, owing this to its history as much as its proximity to the main campus of the University of Toronto.

It's a strange mix of nineteenth-century houses, university buildings, apartment buildings, and frat houses, but it is an architectural brew that is unique and makes the street such an enjoyable place to explore.

Contrary to popular belief, St. George is not named after the English medieval saint, even if the signs at the nearby subway station would lead you to believe so.

Leonard Wise and Allan Gould in Toronto Street Names state that the road was laid out in 1836 by William Warren Baldwin who named it after his friend, Laurent Quetton St. George (1771-1821).

He was an exiled French Royalist, who, owing to his allegiance, was offered property in Upper Canada by the British crown, and St. George eventually became a prominent businessman. 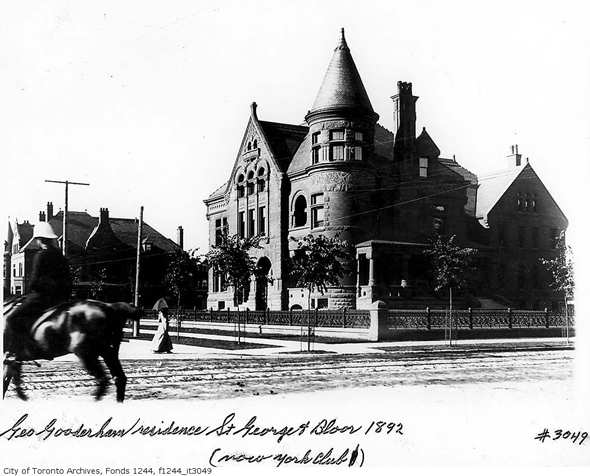 Until the 1940s, the street was a two-lane boulevard, encircled on both sides by the homes of some of the most affluent inhabitants of the city. The former mansion of George Gooderham, built in 1892, which in 1910 became the home of York Club, at the northeast corner of Bloor Street, is an example of the former residential exclusivity of the street. 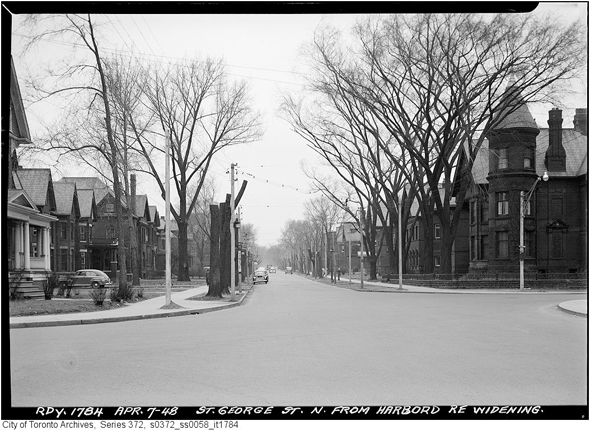 In the late 1940s, U of T acquired many of these houses and converted them to various institutional purposes. In April of 1948, the street was widened to four lanes, which drastically reduced the size of the front yards of the houses remaining in private hands. 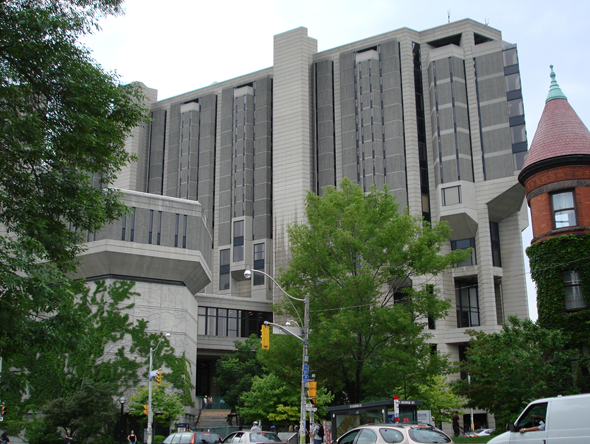 The university erected a number of buildings in the 1960s and the 1970s, slowly changing the character of the street from residential to prominently institutional (including Sidney Smith Hall in 1961).

However, the John P. Robarts Library, constructed in 1973 and designed in the Brutalist style, was the main force in firmly establishing the institutional use of the street and the surrounding landscape.

The library has been part of U of T's lore as much as 1 Spadina Crescent and generally students have a rather negative view of it, for several different reasons, including its supposed hideousness. Much to my own delight, however, last week it appeared as number three on our list of the top ten Toronto landmarks. 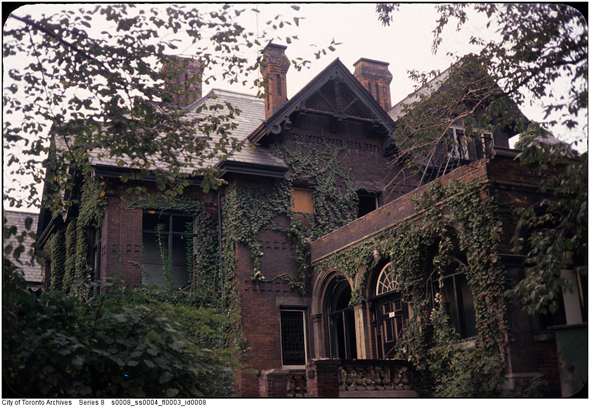 The design of the building is the result of the collaboration between an architectural firm from New York, Mathers & Haldenby Architects, with consultation from Warner, Burns, Toan and Lunde.

The library is now considered one of the finest examples of Brutalist architecture in North America and in 1997, and it was included in the Inventory of Heritage Properties. 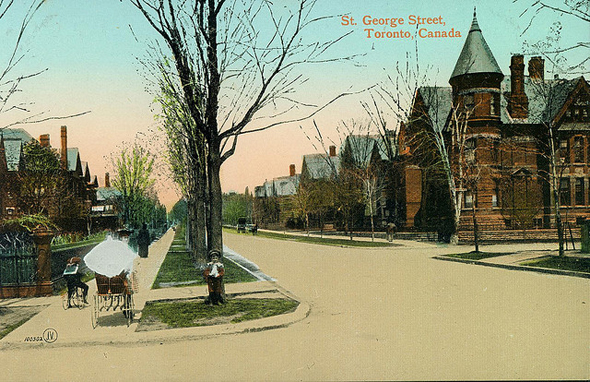 Since the building takes up an entire city block, many of late nineteenth-century houses that dominated this stretch of the street for nearly a century had to be demolished to make way for the library.

However, the images of these houses before their demolition, taken by two photographers, Robart and Harold Stacey, provide an interesting glimpse into what the corner used to look like before the construction of Robarts.

In 2008, U of T announced a revitalization of the aging structure, themed "A Phoenix from the Ashes." Perhaps St. George is a street that will be continually evolving.