The City of Toronto has released the official results of the municipal election today. And while everyone knows who the winner was, a closer look at the breakdowns and final votes might be illuminating for those curious about how their ward leaned. 813,984 Torontonians cast ballots during the election (roughly 53%), with Rob Ford taking 383,501 total votes.

As the ward map above shows, the predicted urban/suburban split in voting preferences did indeed come to pass, with the majority of Smitherman voters concentrated in the area that used to be the municipality of Toronto prior to amalgamation. In an effort to contextualize Ford's victory, I've also included ward breakdowns from the 1997, 2003 and 2006 elections (I don't have a graphic of Lastman's 2000 win). 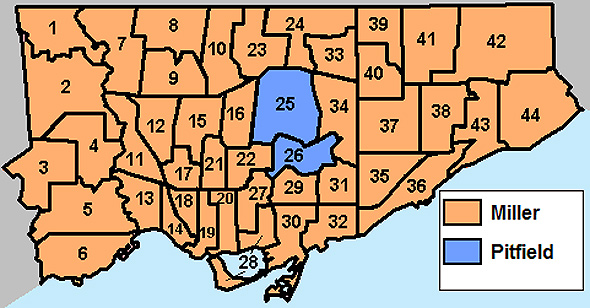 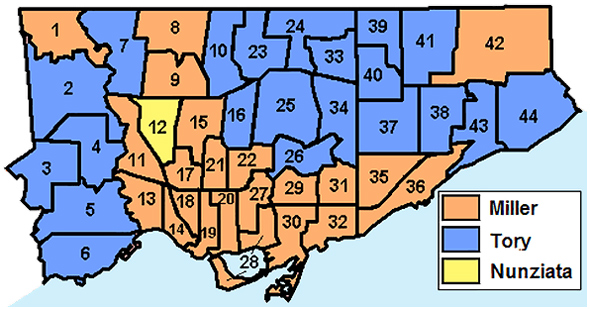 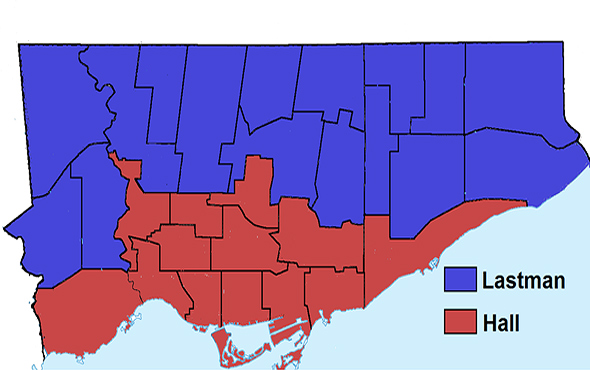