After lying idle for more than two decades the Canada Malting Complex is finally being transformed. On Wednesday morning, the City of Toronto began a six week demolition process of the complex's germination and kiln buildings -- while preserving the iconic silos -- to make way for a future mixed-use development.

The decision to tear down the kiln and germination buildings came after twenty years of neglect and deterioration. A 2007 report found that much of the site was unsafe, prompting the city to consider a revitalization plan. 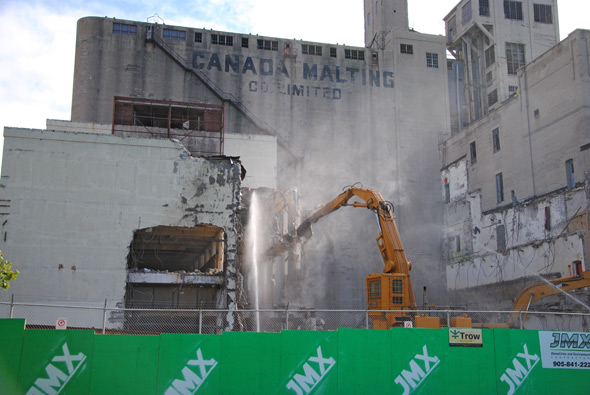 The Canada Malting Complex was built in 1928, shortly after the end of prohibition, to supply the Ontario market (malt is used in the production of alcohol). The facility became operational in 1929 and added several new buildings and silos throughout its history. In 1973 it was designated a heritage site and it eventually closed in 1987. 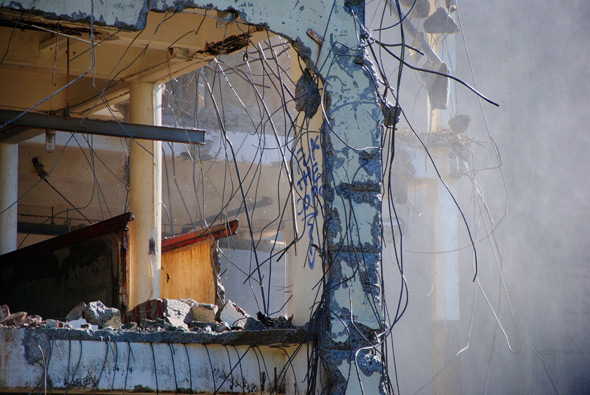 In 2009 the city approved a $12.2 million phased plan for the site. The first phase includes the demolition of the kiln and germination buildings and the securing of waterfront access for Ireland Park. The second phase calls for the sale of the land that lies west of the silos. The money generated would be used for the improvement of nearby parkland, the building of a community pool, a waterfront promenade, and upkeep of the leftover heritage site. 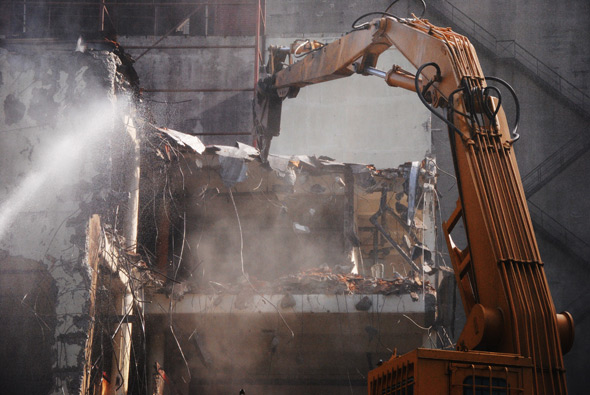 Despite leaving the exact nature of the site to be determined, the city has set certain guidelines for any proposed projects. For example, new developments can't exceed the height of the silos, can't cause significant shadow over Little Norway Park, and the project would have to "contribute to and complement other improvements to the site such as parkland and heritage." 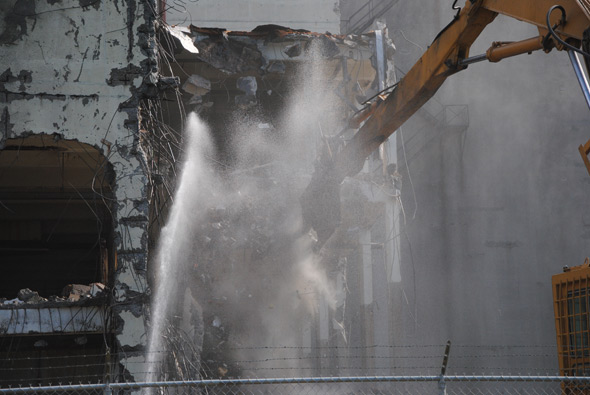 The property is city owned, and is one of only two silo complexes on Toronto's waterfront. The other is a privately owned building at the Portlands, though heritage preservation is required from the owners.

The conversion of the malting complex marks the end of an era. Though waterfront industry was for decades a driving force in Toronto's economy, it was a major environmental concern and an eyesore for its residents. After the de-industrialization of the harbour in the 1970s condominiums began to replace factories. Now only the Redpath sugar refinery remains operational as a port related industry along the waterfront. 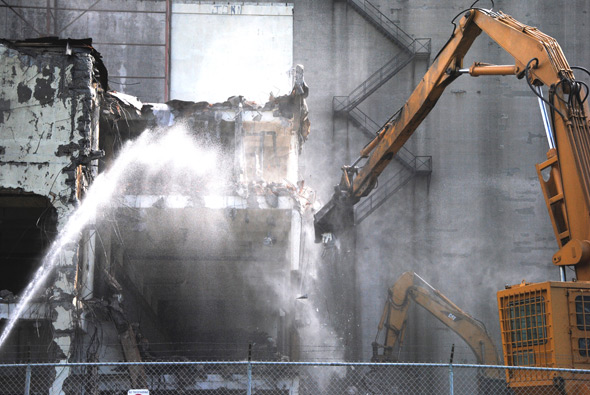 It's always sad a to see a bit of Toronto's history torn down but the state of the complex made it impossible for those who weren't willing to sneak-in at night to enjoy the interesting buildings. The future development will likely contribute positively to our waterfront and will make Toronto's history more accessible to average Torontonians.