13 ways of looking at the CN Tower

I've always felt ambivalent about the CN Tower. Its what-someone-from-the-1970s-thinks-the-future-will-look-like design is certainly iconic, but it'd be a pretty big stretch to categorize it as beautiful. It's just kind of there -- always and everywhere.

One could be driving down the 404 just south of Aurora, and boom, it appears off in the distance as a tiny needle on the horizon. It also stands solemnly in the background when one looks south from Downsview Station, a place where Toronto's skyline seems so much further away than the 10 or so kilometres that it actually is.

Then there's the downtown encounters. Travelling south on McCaul St., I always get the sense that the road is leading me directly to the Tower's base, the alignment being so spot on. At Queen's Quay and Rees St., ont he other hand, I hesitate to look up, for fear of experiencing vertigo. And the list could go on until it was completely tedious.

But here's the thing. As much as the CN Tower is imprinted on the collective consciousness of Torontonians, it's a tough landmark to photograph well. It's altogether too easy to be seduced by touristy and cliche compositions. I suppose this is the case with all landmarks of this sort, but living and photographing here, I'm far more aware of the pitfalls than I am elsewhere.

A solution I came up with in the past was to remove the Tower from my photographs, which was a fascinating experiment, but left me with images of a city that was difficult to recognize. So, since we've been taking a look at landmarks and architecture this week, I decided to make good on a post I've wanted to write for a while. The concept is simple, and, as the title reveals, loosely borrowed from Wallace Stevens' poem "Thirteen Ways of Looking at a Blackbird." The following set of photographs of the CN Tower is offered up in the hopes that it might allow the viewer to look at our notorious landmark with a fresh set of eyes. Sure, the Tower remains iconic throughout this set, but to my mind, in the best possible way.

Lead image by gardinergirl, subsequent credits go after the each photograph. All have been sourced from the blogTO Flickr pool. 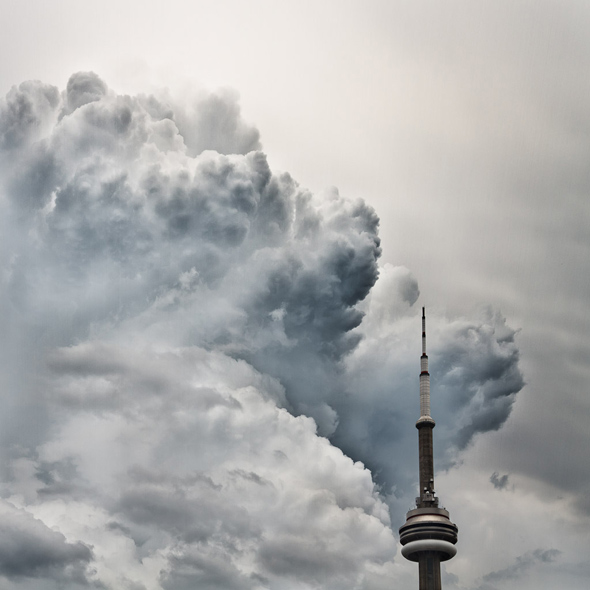 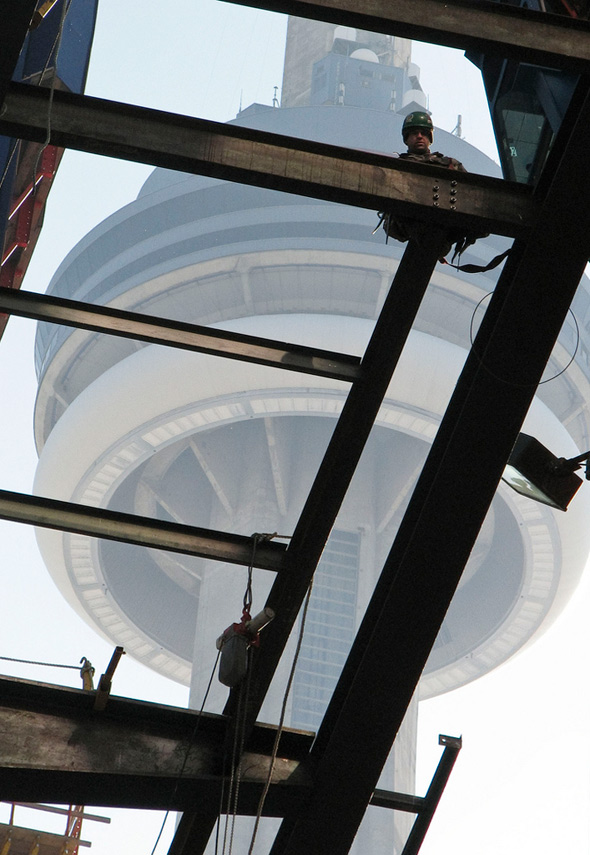 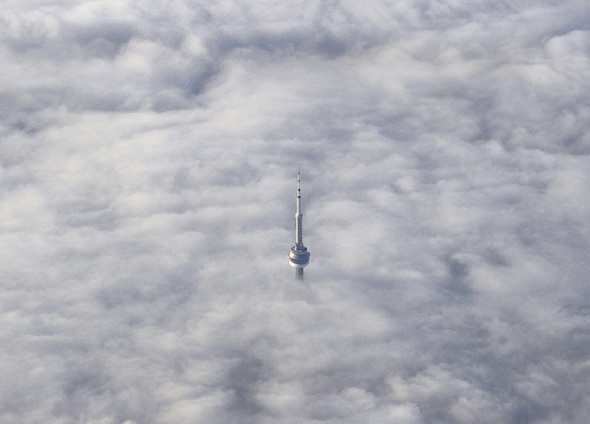 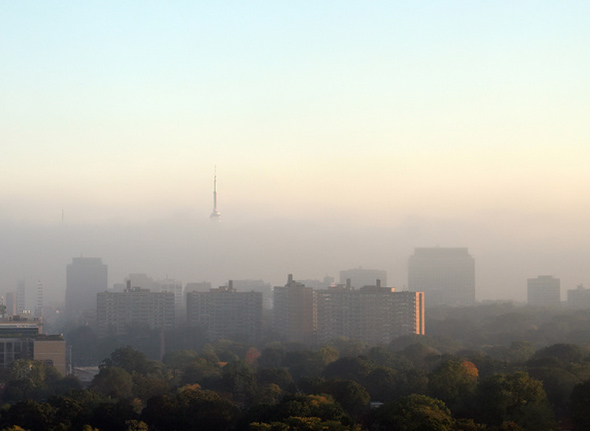 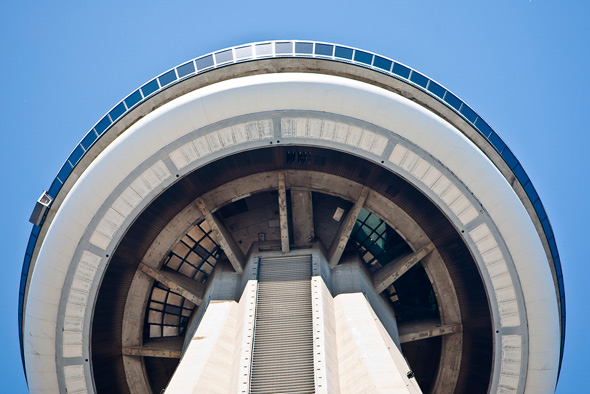 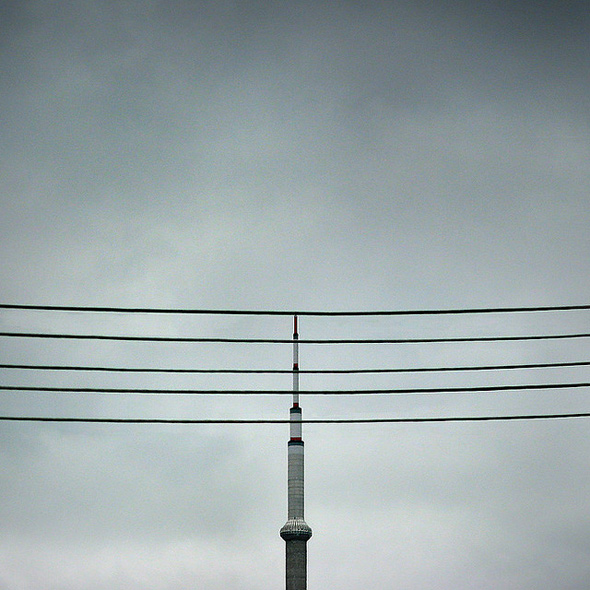 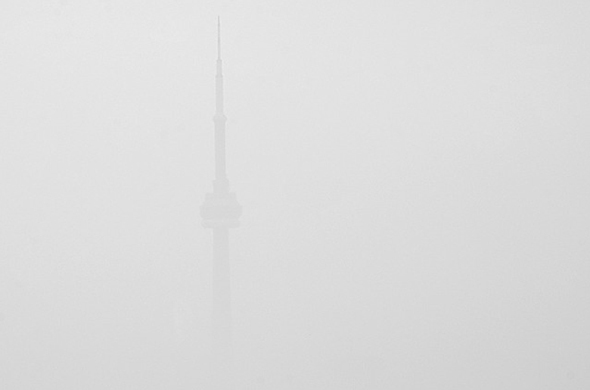 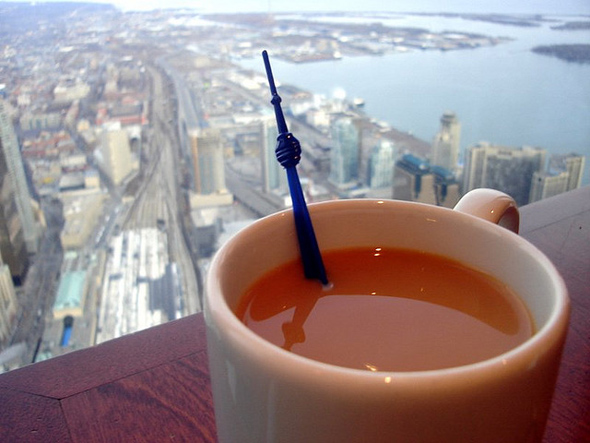 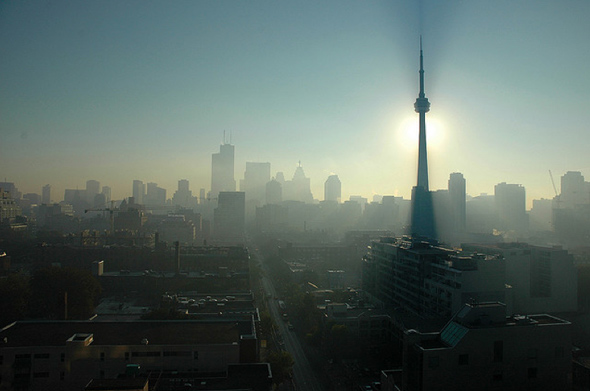 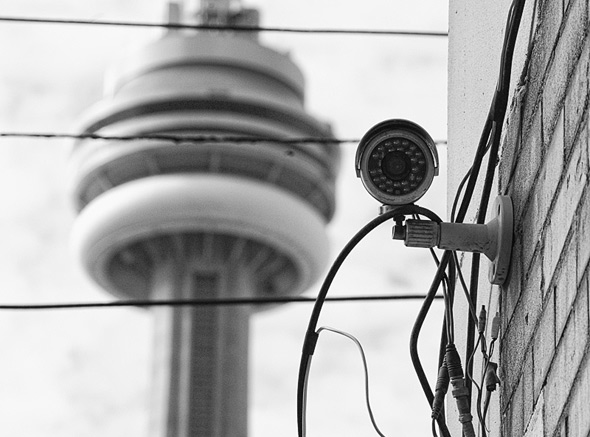 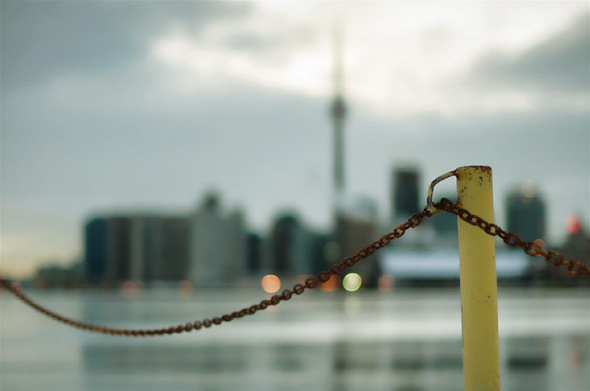