Where the mayoral candidates stand on the environment

The environment has received relatively little attention in Toronto's mayoral race. Of late, drama and scandal are occupying the candidates instead of other policy issues. It's too bad we worry about every one of Rob Ford's missteps while we rarely ask ourselves (and the mayoral contenders) how we're going to address Toronto's environmental issues.

The candidates are, however, willing to talk about such issues when they're actually brought up. Joe Pantalone, Sarah Thomson, and George Smitherman often mention green initiatives. But during last Tuesday's CP24 mayoral debate, for example, a significant portion of the program was devoted to immigration, which isn't even a municipal responsibility.

But perhaps we should ask ourselves not why the candidates are failing us, but instead, why aren't we, as Torontonians, insisting on making this a bigger issue?

Some organizations are trying to do just that. The Toronto Environmental Alliance graded the candidates on their environmental agenda in a report released July 8. It ranked Joe Pantalone the highest and Rob Ford the lowest.

The assesment was released with the hope that "Torontonians will use this report card to discuss environmental issues with candidates."

But this hasn't happened.

According to James Dougan, an urban environmental issues consultant and former professor at the University of Toronto, our city faces several significant environmental challenges. Such as Emerald Ash Borer, a beetle native to Asia, which has invaded southern Ontario and threatens to destroy canopy in many urban areas around the GTA.

"This is happening just as we begin to take seriously the significant benefits that our urban tree canopy provides," Dougan explains.

He's also worried about the Island Airport expansion, which he believes is a major threat to developing a sustainable waterfront.

"Noise, traffic and pollutants are all generated by this use. Lakefronts are not acceptable places for airport expansion, especially given all the problems already associated with Toronto's waterfront. Such a valued space should not become a transit hub," according to Dougan. 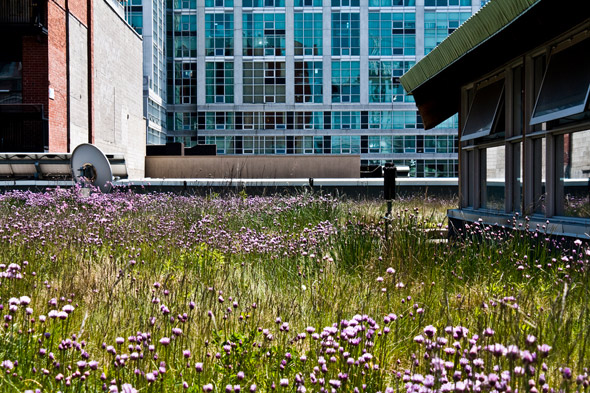 So far these issues have been pretty much ignored.

Ingrid Leman Stefanovic, a professor at the Department of Philosophy and Centre for Environment at the University of Toronto, and Gabriel Eidelman, a PhD candidate in political science, were kind enough to give me a sneak preview of a report they recently co-wrote on environmental issues in Toronto's mayoral election.

Their paper, titled Environmental Sustainability and the City of Toronto, praises many of city council and Mayor David Miller's initiatives, such as the city's Climate Change, Clean Air, and Sustainable Energy Action Plan, which aims to cut green house gas emissions by 6 per cent by 2012, 30 per cent by 2020, and 80 per cent by 2050 -- based on 1990 levels.

But Stefanovic and Eidelman are concerned that these initiatives are relatively new and "may be vulnerable, given the City's current and projected fiscal constraints."

They've got good reason to worry. All the major candidates have said, with the exception of Joe Pantalone, the city has major spending problems.

The solution, Stefanovic and Eidelman say, is that we need to move beyond the "economy vs. environment" debate and recognize that environmental sustainability is also part of a healthy economy. They argue that less congestion and pollution, reduced health and utility costs, a more robust tax base, and a higher standard of living will also benefit corporations.

They do, however, admit that a "greener economy will not be a win-win for all Toronto businesses." That's why real leadership will be needed from the next mayor, something that seems to be lacking from the current set of contenders.

Here's a brief look at where the candidates stand on the environment:

At the centre of Thomson's environmental plan is her goal of achieving an all-hybrid taxi fleet within five years by offering a onetime reduction of the $500 taxi license fee. She vows to continue to increase the percentage of waste diverted from landfills and to increase the number of green bins in high rise buildings, among several other initiatives.

Pantalone is focused on food security. He wants to double the number of community gardens and farmer's markets, plant a thousand new fruit trees in the city every year, and to install a "food hub," which would consist of educational materials about healthy and sustainable food, in every one of Toronto's wards.

Smitherman pledges to increase the number of the city's water fountains and the percentage of waste diverted from landfills. He also wants to encourage micro-composting in apartments and schools.

Rocco Rossi hasn't provided an environmental program "yet," according to his campaign manager.

Lastly, Rob Ford has made nearly no mention of the environment and not a word on the subject can be found on his website. And tellingly, his campaign has ignored my repeated inquiries about this issue.

Photos by Gadjo Sevilla and smuncky.