The TTC's Customer Service Advisory Panel released its findings on Monday morning at the Ted Rogers School of Management. The report, titled Improving The TTC Experience: Laying the Tracks for a New Era of Customer Service, contains 78 recommendations to improve service.

Perhaps unsurprisingly, the first recommendation is for the creation of a Customer Service Officer.

Gary Webster, TTC Chief General Manager, and Adam Giambrone listened silently at the back of the room as panel chair Steve O'Brien spoke to the media. After the conference, Giambrone and Webster welcomed the committee's recommendations and promised to hire a Customer Service Officer immediately.

In a statement released after the conference, Mayor David Miller said: "This report finds that while the TTC is an excellent transit system, staffed by a dedicated and professional workforce, there is room for improvement.... I am pleased that the commission and management will be acting swiftly on the report's recommendations to ensure it gets even better." 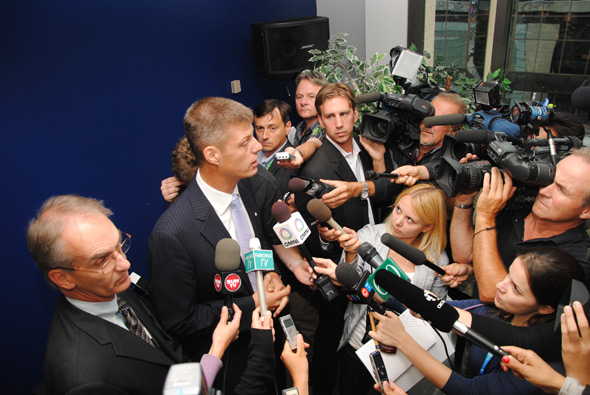 The TTC will report back in September with a detailed work plan explaining how it'll go about implementing the rest of the recommendations. But even though Mayor Miller wouldn't acknowledge this, the report only scratches the surface of the TTC's problems.

Last January when the sleeping booth collector photo first appeared, anger with the TTC peaked to new levels. Bad customer service and dirty subway stations were among the reasons, but this was the straw that broke the camel's back.

Riders have been dealing with an inefficient and limited transit system for decades, and they just couldn't take it anymore. Fixing customer service issues will help, but rider anger is bound to return if broader issues aren't addressed. 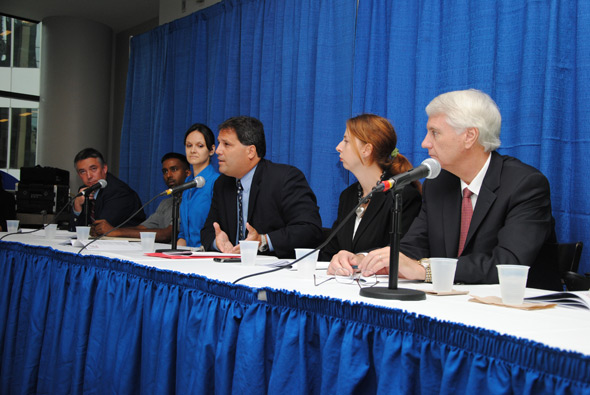 While I'm happy that this report was released I'm worried it might be an excuse for the TTC to limit its vision. What we really need is for the TTC, along with the entire city, to push for an expanded transit system that can take us to more destinations faster.

A friendly booth collector might be pleasant, but it's only a token gesture as long as driving remains, in many cases, a more comfortable and faster way to get around the city. It won't be easy to build a superior transit system -- history has proven that -- but we mustn't be satisfied with these "soft" service improvements, when the system is in dire need of additional vehicles and expanded underground and surface routes.

But, I suppose this is at least a step in the right direction.

Here are some highlights of the panel's proposals (full PDF here):