The history of a downtown Toronto youth hostel

Over the past decade, Chris Morgan has slowly accumulated a collection of houses on Widmer Street between Adelaide and Richmond. He's acquired eight buildings - only two are independent.

But Morgan isn't a bored billionaire with an expensive hobby, he's not a real estate developer either and he's not looking to build some monolith filled with condos and movie theatres and fancy restaurants. 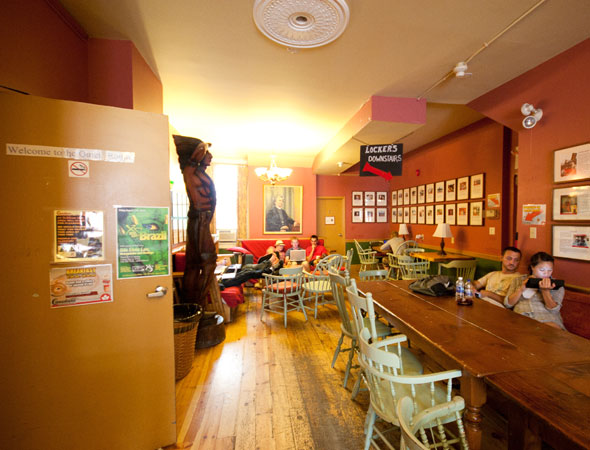 Chris Morgan owns the Canadiana Backpackers Inn - a hostel he started ten years ago - and over the course of those ten years, he's slowly expanded.

Before going into the backpacking business, Morgan spent the better part of ten years backpacking himself.

"It was on and off, and I was mostly working," he says. "So I picked oranges in Greece, worked on building sites in Israel, a kibbutz in Israel, taught English in Hong Kong, sold mobile phones in Australia - anything really." 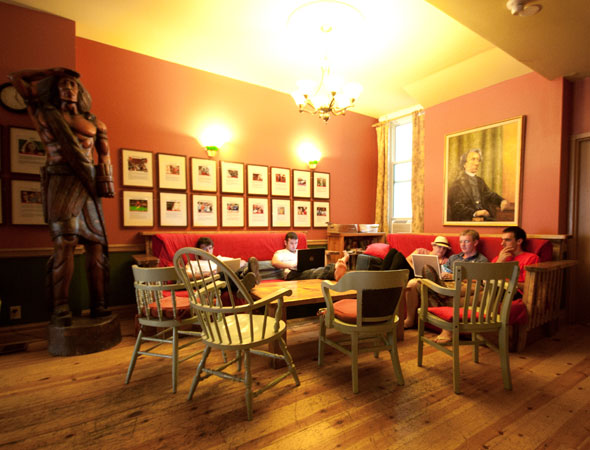 When he returned to Canada, he saw an opportunity to both a fill a void in budget lodging in Toronto and rejuvenate the run down side street his father - John Morgan, comedian and co-creator of the Royal Canadian Air Farce - lived on.

The Victorian era houses that line the strip went mostly untouched for their first thirty years as homes for people and families, but as with much of the area, before long they began to be converted into businesses. One of the first to set up shop in the 1930's was Finnish Steam Bath at the north end of the street. One of the more enduring businesses in the area, it was renamed Barrack's Private Club in the 60s' and eventually The Barracks in the 80's which it remained until the mid nineties when it closed its doors. 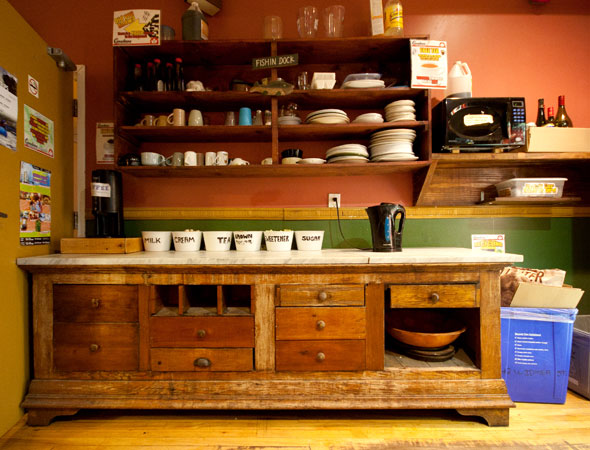 Similarly, at the south end of the street, Gregory Smith Printing Co. moved in in the 1940's and spent over 50 years in the same location. It was when these buildings went up for sale -- 40 and 42 Widmer Street - that Canadiana Backpackers was born.

"We had to cut the printing machines out and get rid of them," Morgan said. "It was just a derelict building, we had to start from scratch." 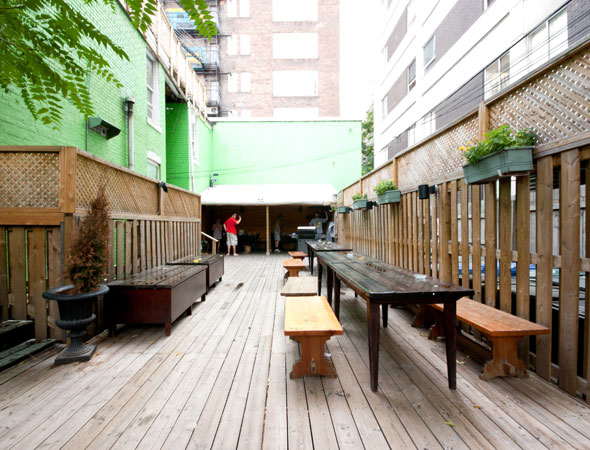 Today the street is a hub of activity, with upwards of 200 beds available in the hostel and, during the summer especially, all of them booked, there is never a shortage of things to do and people to meet. Many, intent on just passing through, end up extending their stay and virtually moving in.

One such semi-permanent resident (he's moved off site now, up near grange park) is Nathan Hatch, assistant manager and a Dubliner, transplanted here for the past year.

I arrive at the hostel just before noon. Nathan is working at the front desk, wearing a sleeveless black t-shirt and long cut-off jean shorts. He smiles when I arrive and introduces himself, then leads me to the back patio. 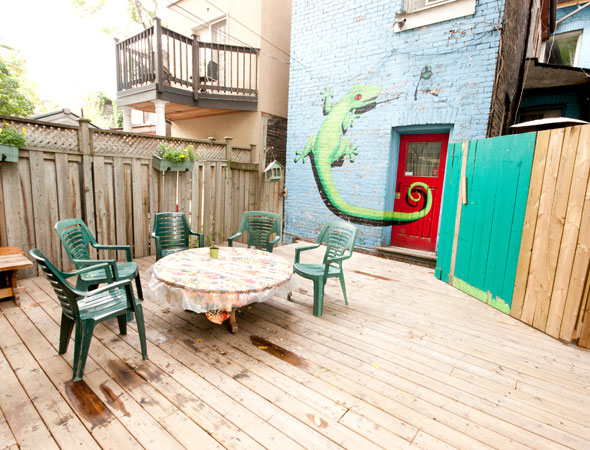 It's just after the morning rush, when check outs and check ins follow one another in quick succession, but even during the downtime, the Inn is still bustling with activity.

"A lot of the staff live on site and we're pretty active with the people who stay here," Hatch says. "We do our best to be as integrated as possible."

Even Morgan, who would be forgiven for taking a step back after ten years of hostel life, remains active and involved. He recently bought a sail boat from one guest passing through and is being taught to sail by another. He still lives in that house next door too, once owned by his father and outside of any significant and unexpected life changes; he has no intent on leaving. 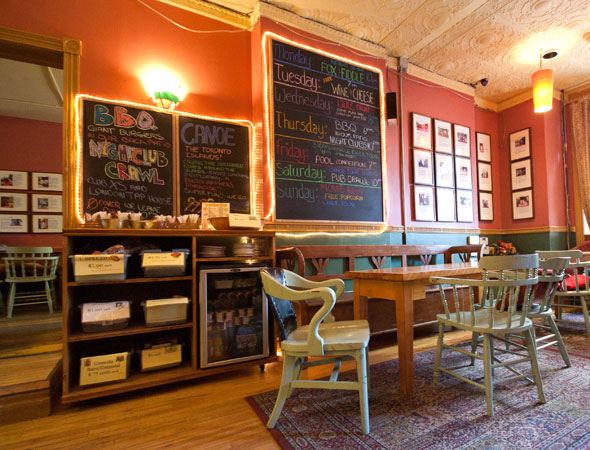 And why would he? Hatch's lack of permanent status is only a result of his expiring visa - he'll be off to Australia in a month. But otherwise, it's a place he's happy to call home, at least for now.

"I love the area," Hatch says. "There's the club district, around here as well as lots of bars, we're two blocks from Queen Street and a great live music scene. It's just a cool area." 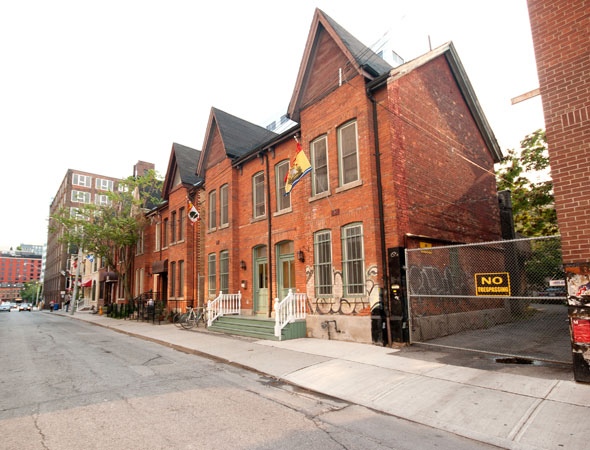 Morgan has called the neighbourhood home for over ten years now and welcomes the progress in the area, but he's finished with expansion himself. When asked if he'll ever make a bid to complete his collection and snatch up those last two houses he casually dismisses the idea.