G20 protests continue to call for a public inquiry

Anti-G20 protests continued this Saturday as more than a thousand people marched the streets demanding a full public inquiry into police actions during the G20 weekend. 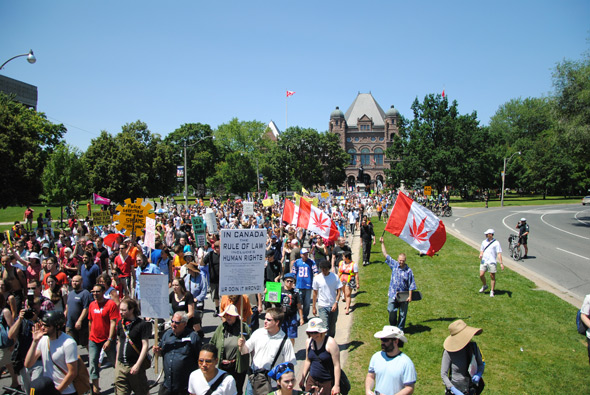 Judy Rebick, a professor at Ryerson University, began the march by addressing the crowd. "We want a full public inquiry at the provincial and federal level that points the finger at those responsible!" she yelled to a cheering crowd.

"We're going to go to Queen and Spadina to take back that corner!" she continued, referring to the events of Sunday, June 27, when police surrounded and detained hundreds of people in the rain for several hours. 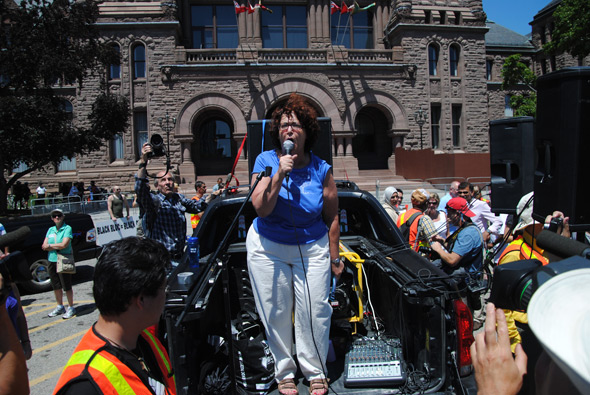 And amidst the pungent smell of marijuana smoke, provincial NDP leader Andrea Horwath said: "I'm proud of you for doing what needs to be done in this province, which is to stand up to this Premier and tell him that he does not have a right to take away our rights!" 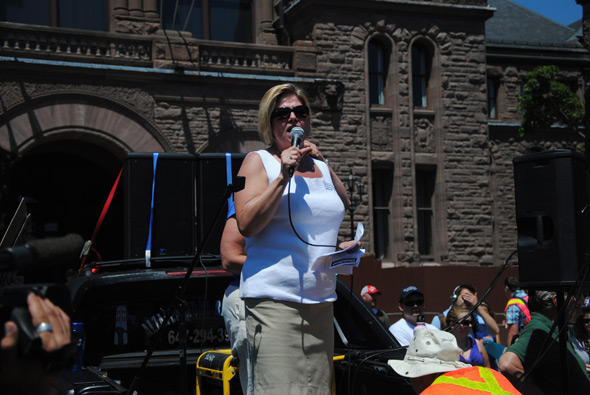 The marchers then headed down University Ave. and turned west on College St. They proceeded south on Spadina Ave. and staged a short sit-in once they arrived at the intersection with Queen St. The marchers continued south on Peter St., and finally stopped outside the Metro Convention Centre on Front St. at Simcoe Park, at which point a new group of speakers took to the microphones. 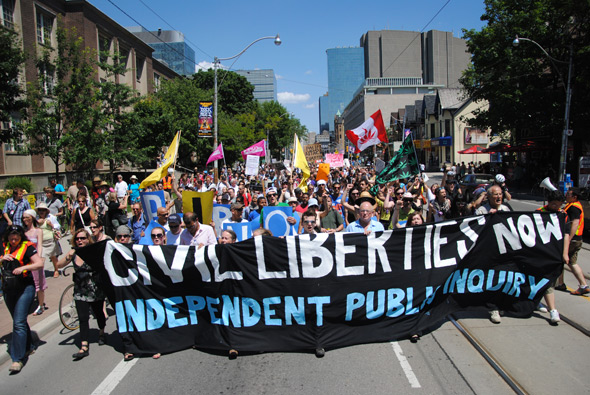 Tommy Taylor, a detainee during the G20 weekend, made the most powerful speech. "I'm ashamed to say I was not a protester that weekend," he explained. "I was just snatched up. I'm just an average Canadian dude -- at least that's what I was until two weeks ago! Now I'm a protester!" Everyone roared in support. 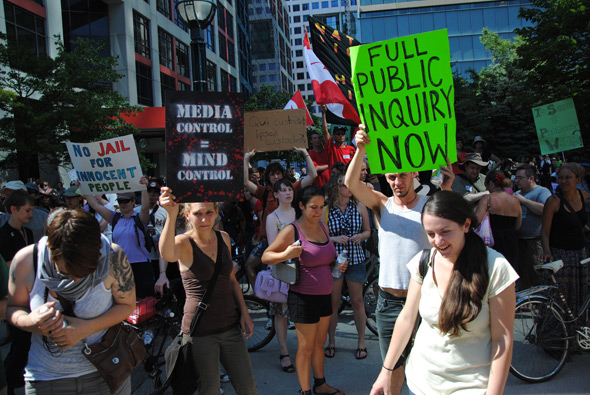 The crowd began to fizzle out by 4pm, but protest leaders vowed to keep the pressure on the government, even as soon as next weekend. A new rally is already being organized for Saturday at Queen's Park. 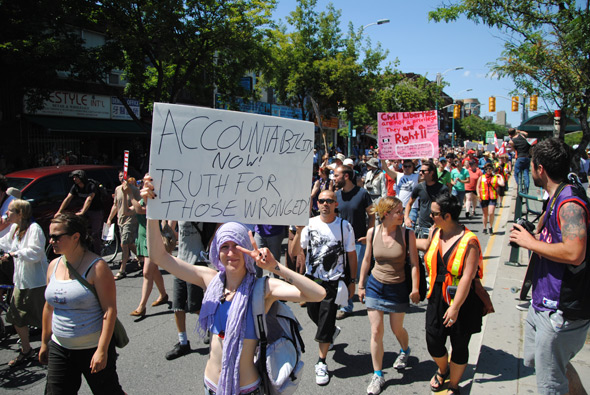 Considering the continued pressure for a public inquiry, it's going to be very hard for political leaders to keep saying no. 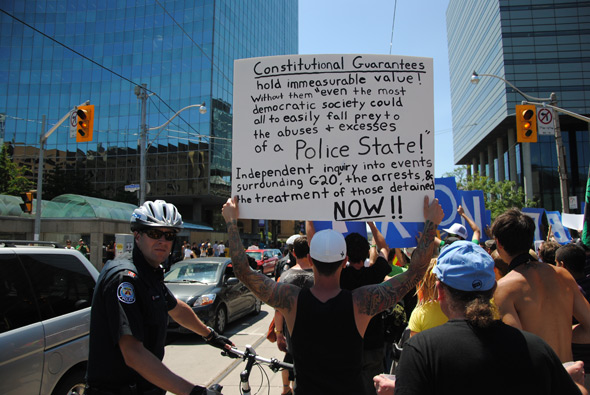 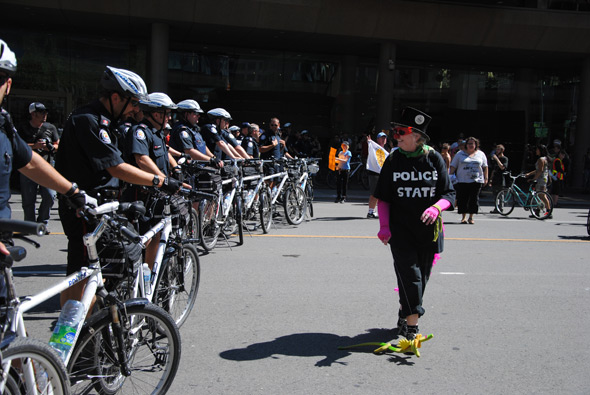 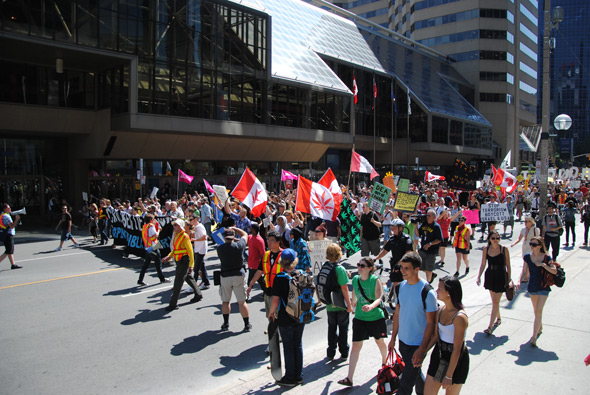 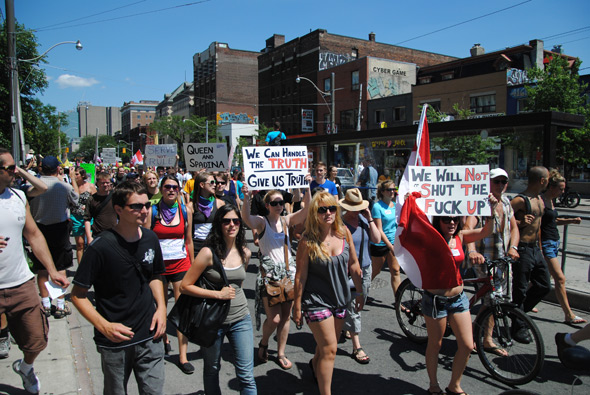