The 10 craziest things I saw at yesterday's protests

The G20 protests on Saturday were completely chaotic at times, and trying to keep up with what was happening seemed nearly impossible. The official march began at Queen's Park and proceeded southbound on University Ave., eventually turning west on Queen. But once the march hit Spadina, confusion spread, several groups splintered off and the destruction and vandalism began.

Other than the burning police cars, and vandalized store fronts, TTC vehicles and cars, here are some of the most odd and/or wild things I saw (and smelled) on Saturday. 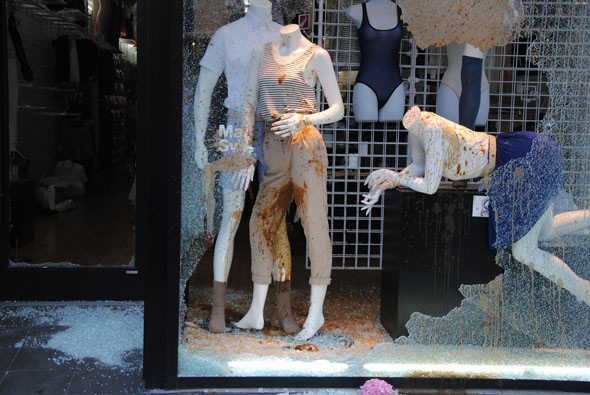 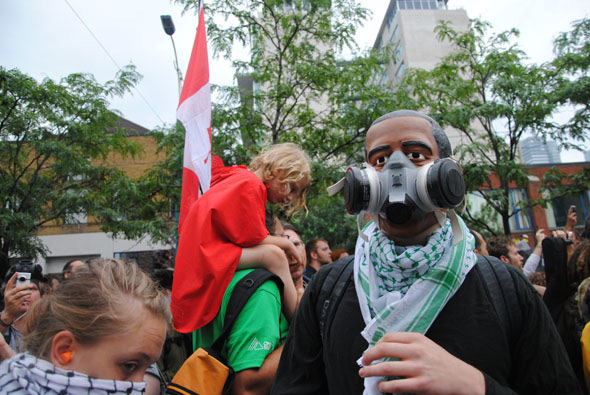 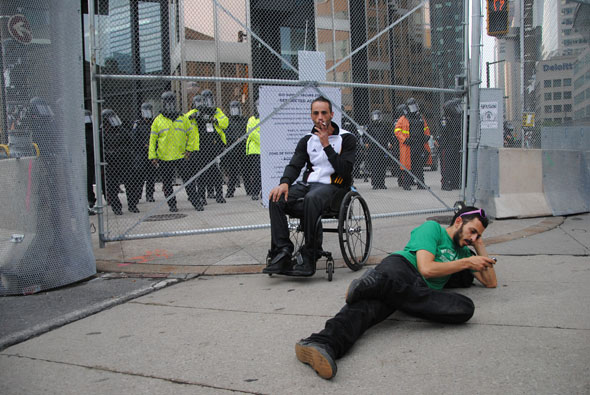 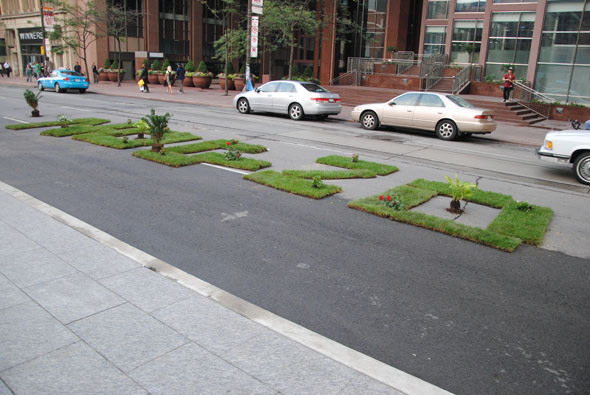 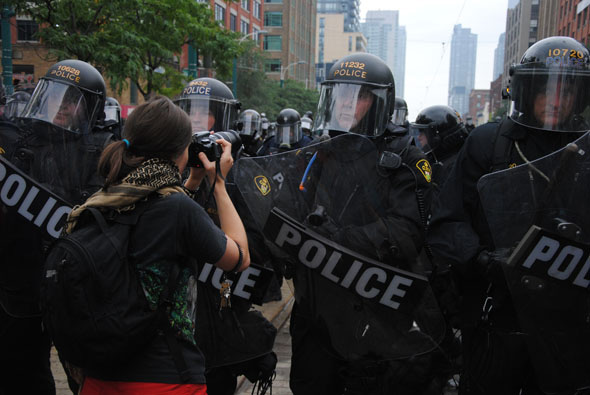 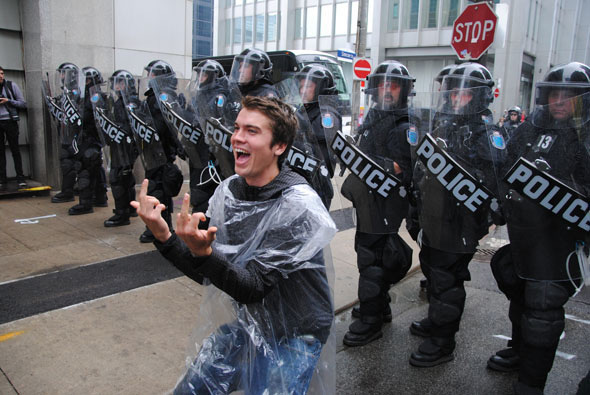