Phase II of the MaRS development remains a stump

From 1991 to 2006, a large concrete "stump" stood at the heart of Toronto's business district. It was the leftover of a partially finished office tower that fell victim to the recession of the early nineties. For years, the stump stood as a reminder of that recession. It was only until the most recent building boom that the stump was dismantled and the Bay Adelaide Centre was built on the site.

The recession of 2008/2009 was surprisingly easy on Toronto's downtown and urban fabric. The only major candidate for the Son of Stump sits at the corner of College and University: MaRS Discovery District Phase II. 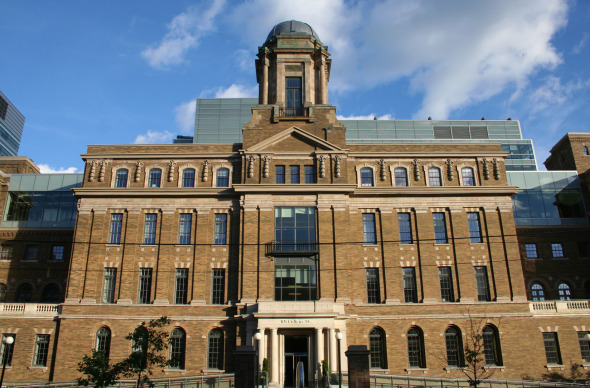 MaRS - the acronym came before the name "Medical and Related Sciences" was figured out - is an odd organization. It is not a public corporation, a hospital or part of the government. It is a private charity that helps incubate small businesses in the medical sector by providing facilities, education, contacts and marketing advice. 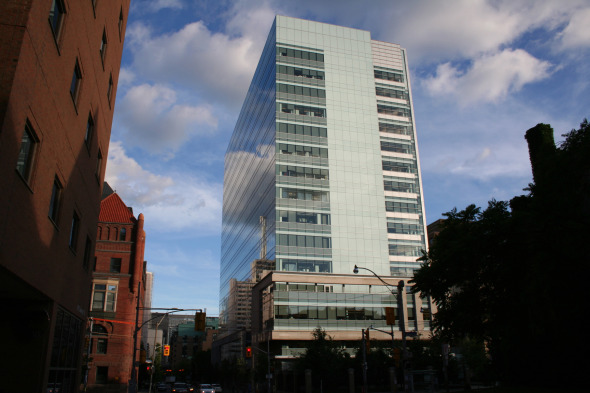 MaRS was launched in 2000 as part of a concerted effort to turn Toronto into a centre for biomedical research. In 2005, the first phase of the MaRS Discovery District opened. This phase included the renovation of Toronto's old General Hospital and the addition of a research tower. Another phase was launched in 2007, with a bold design by the Toronto architecture team of Bregman + Hamann. However, construction was stopped in November 2008 after a concourse and two levels of parking had been built. The recession had claimed one of its first Toronto victims. 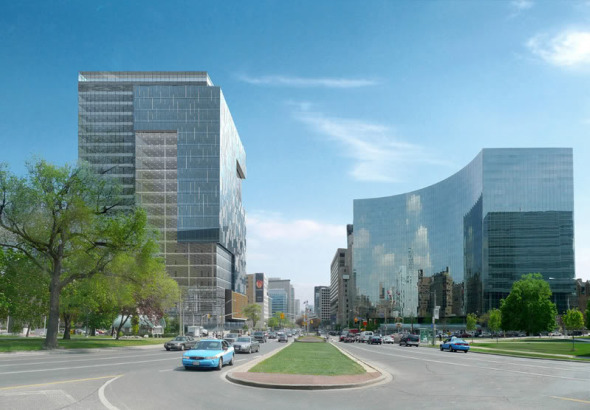 What makes this failure even more galling was that the decision was not MaRS'. The first phase was built by MaRS, but the second was to be built by Alexandria Real Estate Equities Inc. Alexandria is a developer of medical research facilities, particularly in the U.S. And like many U.S. real estate developers, it was hit hard by the economic downturn. 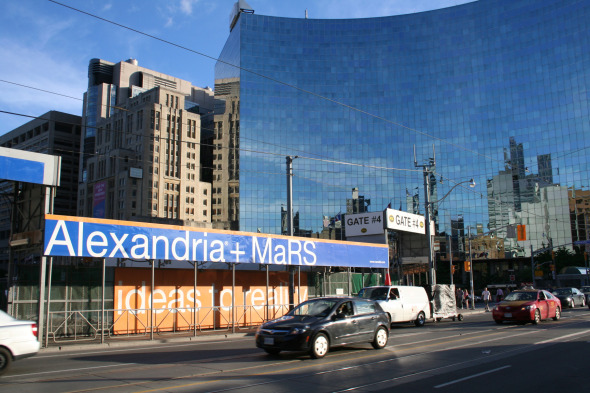 In their most recent Annual Report, Alexandria states that they are going to be very careful about new projects, and that they will "require significant pre-leasing from high quality and/or credit entities" before they build again. Although the entirety of Phase I had been leased by the end of 2008, the second phase had no tenants at the time of the recession. 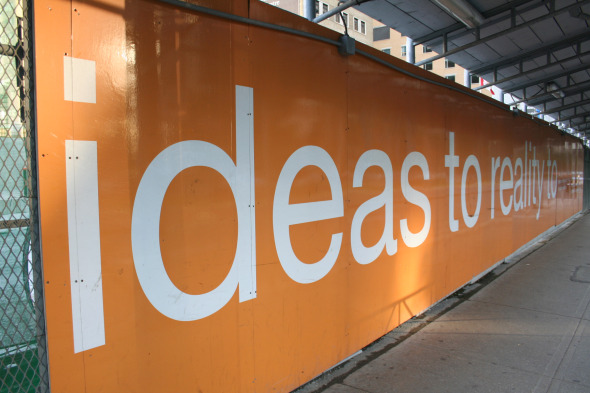 I contacted MaRS to see what the status of Phase II was, but the communications officer, Linda Quattrin, was very...uncommunicative. MaRS, she said, was in "negotiations" to continue construction of the second phase. Whether this was negotiations with Alexandria, with prospective new tenants or new sources of funding, she would not say. MaRS, being a private charity, does not disclose much about its financial state.

In any case, this suggests that the project will remain in limbo until the recovery from the recession in both Canada and the United States is well underway. Get used to your new recession-era construction stump Toronto: we're likely going to be seeing it for awhile.