Nostalgia Tripping: The William Reynolds Block (a.k.a. the building at Gould and Yonge that just lost a wall)

The recent collapse of the faรงade of 335 Yonge Street inspired me to do some research on this late Victorian, red-brick building, located at the southeast corner of the intersection of Yonge and Gould Streets.

As listed in the City of Toronto Heritage Inventory, it was originally known as the William Reynolds Block, and was constructed in 1888. It's not clear whom the building was named after. A search of several city directories from the beginning of the twentieth century came up blank, even though the Empress Hotel, which was located in the building, appears on the first city directory in 1901. Moreover, there are no news articles in either the Toronto Daily Star or the Globe that mention the person for whom the building is presumably named.

Most likely, the name refers to a local merchant or businessman, who financed the building of the structure. It is also possible that it bears the name the architect who designed it, but this is less likely. 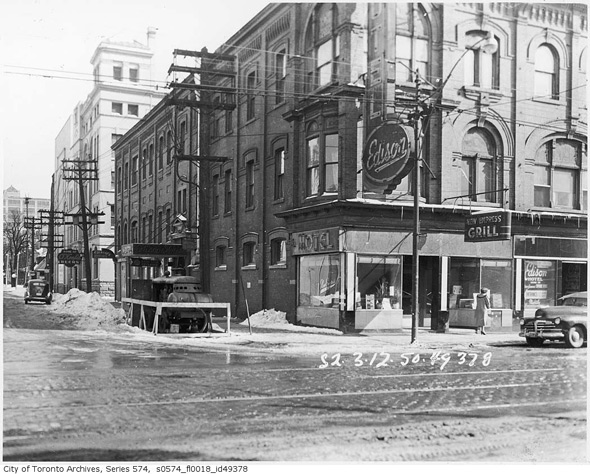 According to Patricia McHugh's Toronto Architecture: A City Guide, the building was constructed as a three-unit commercial block, occupying the addresses from 335 to 339 Yonge Street. Architecturally, it utilizes a variety of late Victorian styles with a Renaissance-inspired tower standing over the corner of the intersection. When it first opened, no. 335 was a butcher shop, no. 337 was a variety store, while no.339, at the corner, was occupied by the Empress Hotel with fifty-two rooms. The last establishment must have prospered, since the next year it came to occupy the entire block. In a July 18, 1898 Evening Star article, it was described as "one of Toronto's best hotels," which indicates that it was a reputable place to stay while in town.

Sometime later, the hotel passed into the hands of Richard Dissette. A local athlete, under his influence, it soon became famous as a centre for athletic figures of the city, with many teams holdings meeting and social gatherings inside its walls. 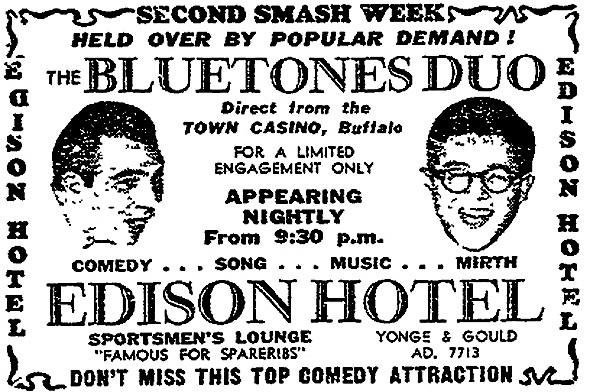 The building was sold in 1946 for $300,000. It appears that the new owners were aware of the significance of the former name to the reputation of the establishment, so in 1947 it was re-opened as the Edison Hotel and the Empress Grill, advertised as "The Home of All Sportsmen." Based on the advertisements in the Toronto Daily Star, it appears that there were weekly shows offered at the hotel's Sportmen's Lounge, with such stars as the Barry Phillips Trio, special guests, like the Bluenotes Duo and Cab Calloway, as well as Saturday matinees featuring, for instance, June Christy. 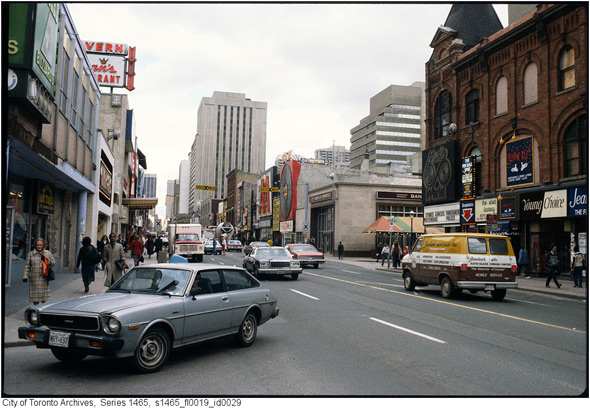 The Edison closed down in August, 1973, like other joints in the neighbourhood, a process that most likely started with the social and economic decline of Yonge Street in the early 1970s. The "sex strip," as that part of the street came to be notoriously known, was located between Queen and Gerrard Streets and became occupied by head shops, strip clubs and brothels, with a thriving sex trade and illegal drug industry. 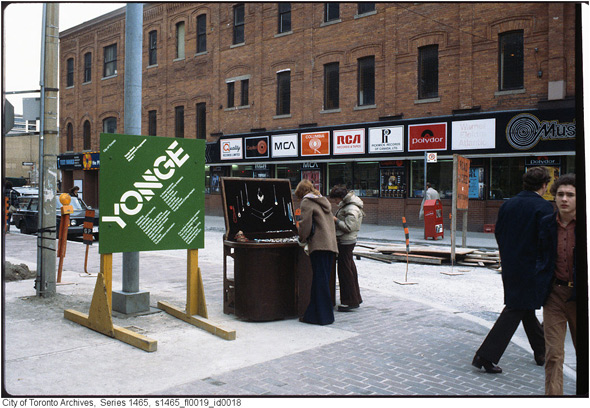 Despite the reputation of the area, the former hotel was restored by Robert Phillips, David Walsh and John Cummings, founders of Historic Properties Group Inc. and Architectural Heritage Inc. at a total cost of $2 million. During the restoration, it was converted into a series of boutiques and offices, housing fives stores and a games room. Yet in spite these efforts, the new owners were forced to hire off-duty police officers in order to keep drug dealers and prostitutes away from their front doors, but even these measures were often unsuccessful throughout the '70s and '80s. 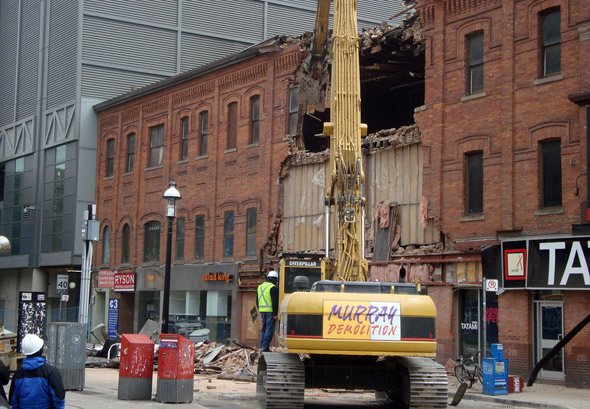 The building was included into City of Toronto Heritage Inventory on March 15, 1947, but is not currently protected under the Ontario Heritage Act. But, nevertheless, there is some good news with regard to the future of the building. According to a news update provided by Heritage Toronto, the faรงade will be restored, using the original red bricks that were salvaged following the most unfortunate collapse of a couple weeks ago.

All images from the City of Toronto Archives (fond information included with photos) except the last, which is by Tomasz Bugajski.