Constructing buildings in an urban area like Toronto is always a challenge. Even when all parties involved have the best intentions, the upheaval generated in the community can result in conflict. For instance, the construction of the James Cooper Mansion, a Tridel condo project on Sherbourne near Bloor, has produced some impressive work including moving an entire 19th century home. But it has also caused significant disruptions and alleged damage to the community. 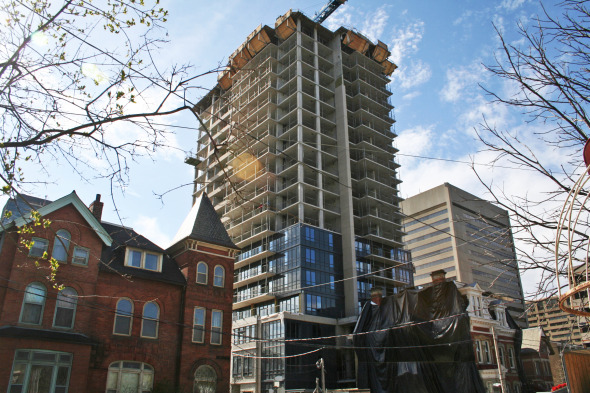 From a development perspective, the James Cooper Mansion project has many positives. Unlike some of the other condominium towers being built in the area, James Cooper Mansion has not (completely) swept history aside. At the tower's base, and integrated into the building, is the historic home of James Cooper, a prominent shoe manufacturer in Toronto in the late nineteenth century. The home is a heritage property on account of its age and Second Empire architectural style. When construction is completed, the home will be refurbished and used as an amenities facility for the condo tower's residents. 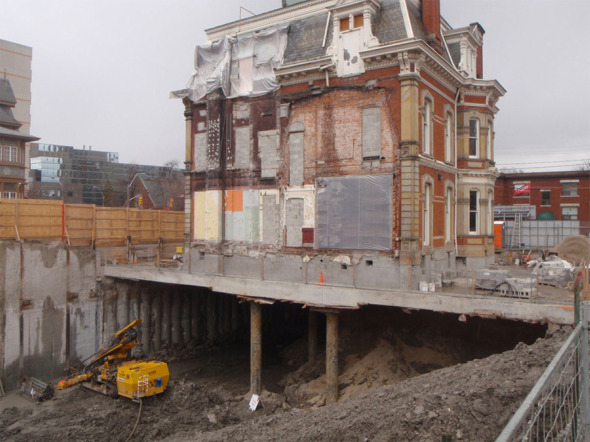 Even more surprising about this project is that the historic James Cooper house was moved to build the condo. Originally sitting much further back from Sherbourne, Tridel moved the home to its present location to ensure that it had enough room for the condo. This meant the architects did not have to resort to facadism or some other form of historic gutting. When the move was completed, it was billed as the "largest structural move of a single family home" in Canada's history. Whether this is precisely true or not, the feat is still amazing: the home weighs approximately 800 tons. 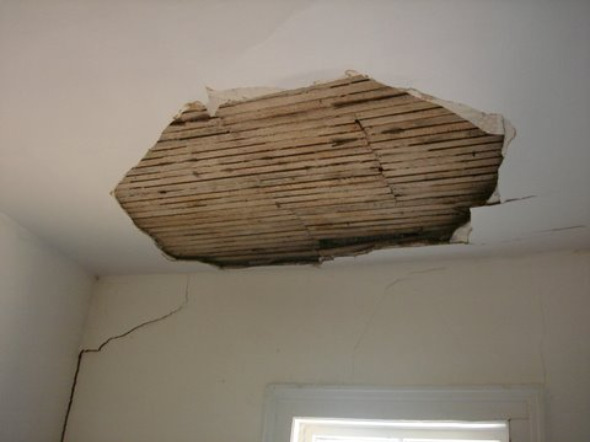 Despite all of these positives, however, there have been some negatives. Construction of the condominium required the destruction of a nearby Knights of Columbus Hall, which began in April of 2008. Soon after, Sarah MacLennan -- a homeowner whose property borders the demolition site -- started to notice large cracks running throughout her house, including one in her basement floor. As the construction progressed, more and more damage occurred to her home. In March of this year, part of the ceiling in her guest room fell apart. MacLennan has spoken to Tridel about the damage and requested compensation, but she has not been satisfied with their response. 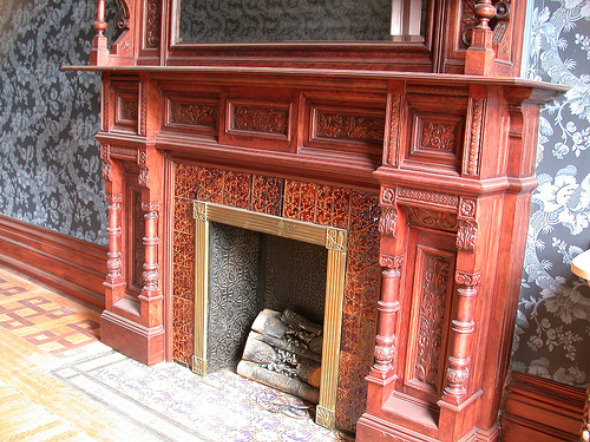 In some ways, that a problem like this has occurred with a Tridel project is surprising. Tridel has built a reputation on being one of the most reliable developers in the city. In developing this project, they not only committed to preserving history, but have also been striving for Leadership in Energy and Environmental Design (LEED) designation. They also worked with a voluntary design review panel and the community to minimize their disruption. The disagreement about the damage to MacLennan's home, on the other hand, illustrates that the best intentions may not always be enough. 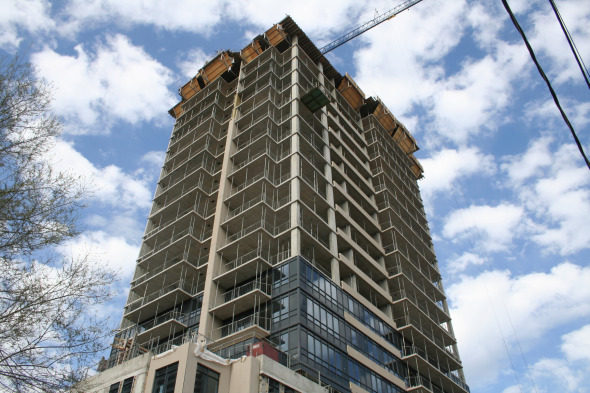 Things are looking up for MacLennan. Mayoral candidate Rob Ford has gotten involved in the situation. And Ms MacLennan has said that Tridel has agreed to pay for one of the cracks in the house to be fixed. Her insurance company is covering the rest of the damage.

The Tridel representative I spoke with indicated that they were constantly working with all the members of the community, and that they were optimistic that all of the issues regarding James Cooper Mansion would be resolved. For her part, MacLennan wants to put everything behind her. "I would simply like Tridel to live up to their reputation," she said in an email, "and fix any damage caused by the demolition and construction."

All photos by Matthew Harris except: image of construction by Tridel; image of home damage from Sarah MacLennan; image of fireplace by geefloyd on Flickr.