Regent Park is Canada's oldest and largest social housing project. The former slum of Cabbagetown was razed in the 1950s to create what its creators hoped would be a more modern and livable neighbourhood for low-income families. However, as with much much modernist social housing built during the period -- like the Cabrini-Green project in Chicago -- such housing projects have witnessed escalating crime and vandalism ever since.

Many urbanists feel that some of these problems were due to the poor design of the projects. For instance, many of Regent Park's interior streets were removed when the project was first built, and there are almost no retail buildings on the project's 69-acre site. When it became necessary to replace the 50-year-old buildings, city council and the Toronto Community Housing Corporation (TCHC) saw a revitalization of Regent Park as a way to fix some past mistakes. 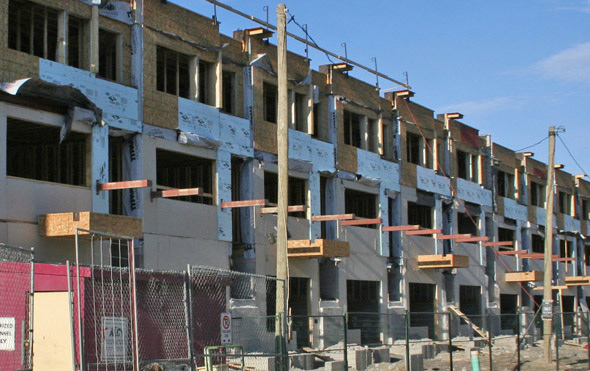 After some community consultation, the Regent Park Revitalization Plan was launched in 2005. The entire project will cost upwards of $1 billion, will last fifteen years, and will comprise of six phases. Phase one is nearing completion, while phase two was launched in April 2009. The result of these phases will be the reintroduction of cross-streets in the area and the replacement of the monolithic social housing with a mix of social housing, market-priced housing and retail. 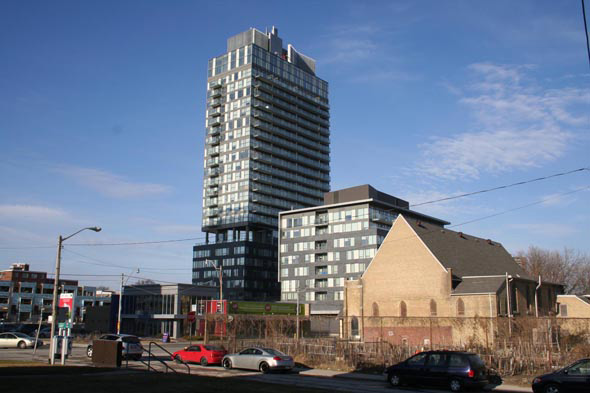 City council and the TCHC are also trying to improve the design of the neighbourhood. The Dundas/Sackville rental apartments, for instance, were designed by Peter Clewes for architectsAlliance. 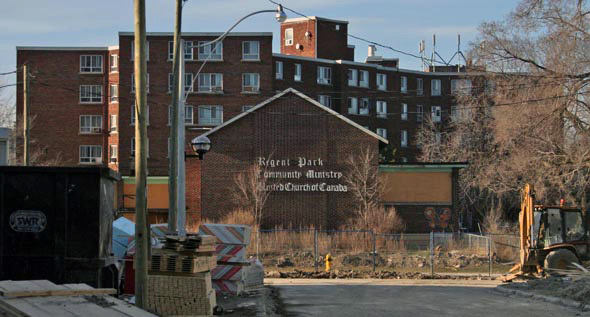 The hope is that with a mix of housing types and with a more visually appealing neighbourhood, residents will feel less socially stigmatized. It is also hoped that the introduction of through traffic and mixed uses will reduce crime. There are already some indications the plan is working. The first market-priced condominium in the project, 1 Cole, has already sold out. And this month saw a bank added to Regent Park. 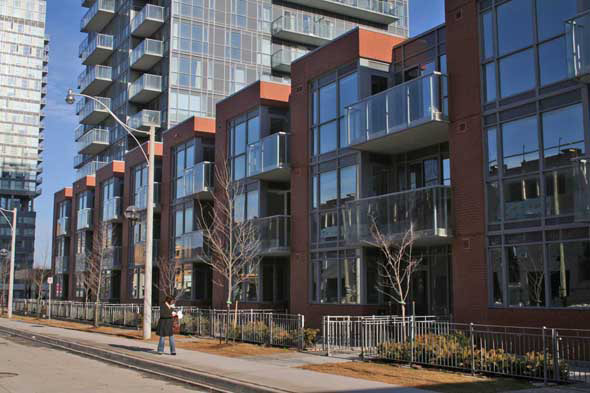 Another part of the revitalization is to spread social housing out across the city, with the hope that it will integrate and mix low-income with middle and high-income. The recently completed 60 Richmond Street East is a part of this, as is 501 Adelaide Street East.

There have been controversies. After all, no one knows if this revitalization will have any measurable effect, or if it will make the same mistakes the original project made. Can a sustainable, vibrant community be planned? Some poverty activists, such as the Ontario Coalition Against Poverty (OCAP) fear that mixed use projects are simply a way for low-income communities to become gentrified, forcing poor people out. Others are skeptical that middle-class families will enroll their children in the local schools and integrate with lower-income people.

Whatever the outcome, the revitalization is in full swing. Several videos have been made about, and there is a Flickr pool that follows life in Regent Park through its changes. Other communities in Canada are watching the revitalization closely to see if they should apply its lessons to their social housing.