The 10 biggest news stories in Toronto from 2009

Remember what Toronto was like in 2009? It's been over a decade since this eventful year in the city. From union action and garbage heaps in public parks, to wild storms and tornadoes touching down, to transit triumphs and hurdles, protests that went too far, a virus that didn't go all that far, and more.

Here's a look back at what life was like in Toronto in 2009.

People lined up for the H1N1 vaccine

It was nothing like the COVID-19 pandemic, but in 2009 there were worries about another virus that ended up being relatively mild. Public vaccination certainly didn't go well, even after some tragic early deaths encouraged the media to whip up public hysteria.

The rollout of public vaccination clinics was spotty, and well-publicized lineups dampened eagerness. Faced with hours-long lines, parents of young children probably decided to stay at home, despite the danger the H1N1 virus was said to pose to young people. 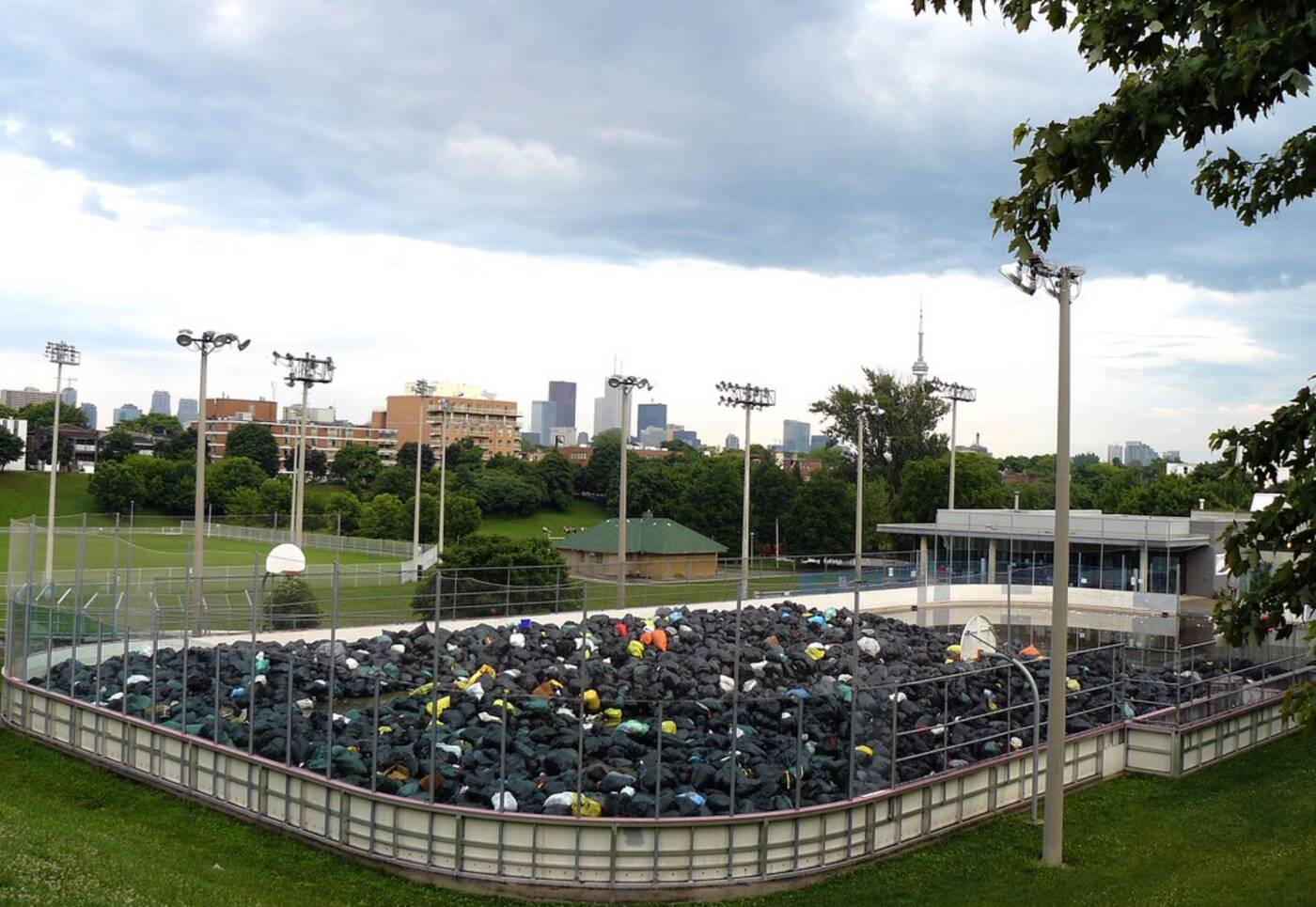 Because of the strike, garbage was stored in parks like the outdoor arena at Christie Pits. Photo by Martin Reis.

It was the summer of the great garage strike

City public service workers went on strike for five weeks causing the city be overrun with litter. People had no choice but to store their household waste in their backyards or alleyways, where they provided a festering feast for the city's rodents, rumoured to have undergone a population explosion.

Alternately, residents hauled their trash to one of the emergency dumps that took over parking lots, basketball and tennis courts in the city's parks, obliging them to run picket lines of strikers. When it was all over, the clean up meant garbage trucks working overtime, leaving a foul trail of liquid effluence in the midsummer heat up the middle of our street.

David Miller set the stage for Rob Ford as Mayor

Remember when Rob Ford was mayor? That may not have happened if then Mayor David Miller ran for re-election but he declined to seek a third term. Some say it was the garbage strike that tarnished his image but whatever it was, it was enough to convince the mayor and his advisors that it couldn't be overcome on voting day.

There are YouTube videos you can watch, but it's still not entirely clear what really happened when former Ontario attorney-general Michael Bryant killed bike courier Darcy Sheppard with his Saab convertible near the intersection of Bloor and Avenue Road.

Allegations that both Sheppard and Bryant had been drinking quickly surfaced, though Bryant quickly disappeared behind the firewall provided by his handlers, emerging just long enough to resign his position as head of Invest Toronto, the city's economic development agency.

There was still many months to go before streetcars on the St. Clair LRT line were able to complete the run to the end of the line at Gunn's Loop by Keele, but the opening of the line to Lansdowne just before Christmas announced to the city that the job was nearly complete even if it was several years overdue. 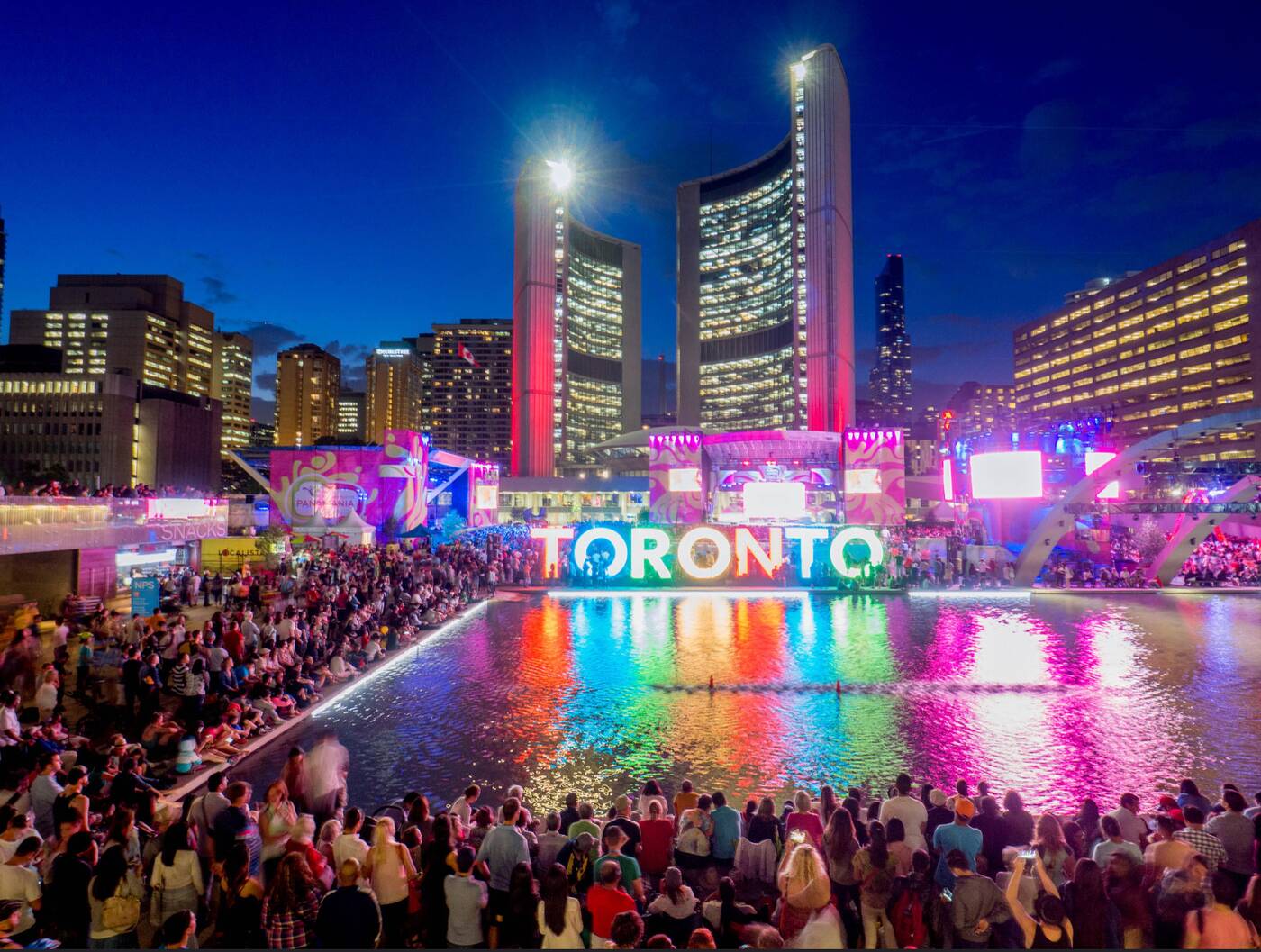 The Pan Am Games as seen in 2015. If it wasn't for Toronto winning the bid in 2009 this would have never happened. Photo by Wei Wong.

Toronto won the right to host the 2015 Pan Am Games

The smart money was on Lima, though Bogota was the underdog, but Toronto ended up winning the bid to host the 2015 Pan Am Games, a deeply discounted consolation prize after losing out on the 2008 Olympics, and along with our winning bid for 2014 World Pride, a further part of David Miller's legacy.

The Toronto Humane Society was charged with animal cruelty

Animal welfare societies were among the last public institutions untarnished by scandal, but that came to an end in November 2009 when the Toronto Humane Society's River Street headquarters was raided and THS president Tim Trow and four senior staff were charged with animal cruelty.

The story that emerged was horrific. Cats and dogs were left to suffer and die because hardline animal rights ideologues had taken over and alienated longtime staff and supporters. Public trust was shaken, and adoptions from the THS' satellite centre were down; suddenly pet stores and puppy mills, so long vilified, didn't seem as onerous. 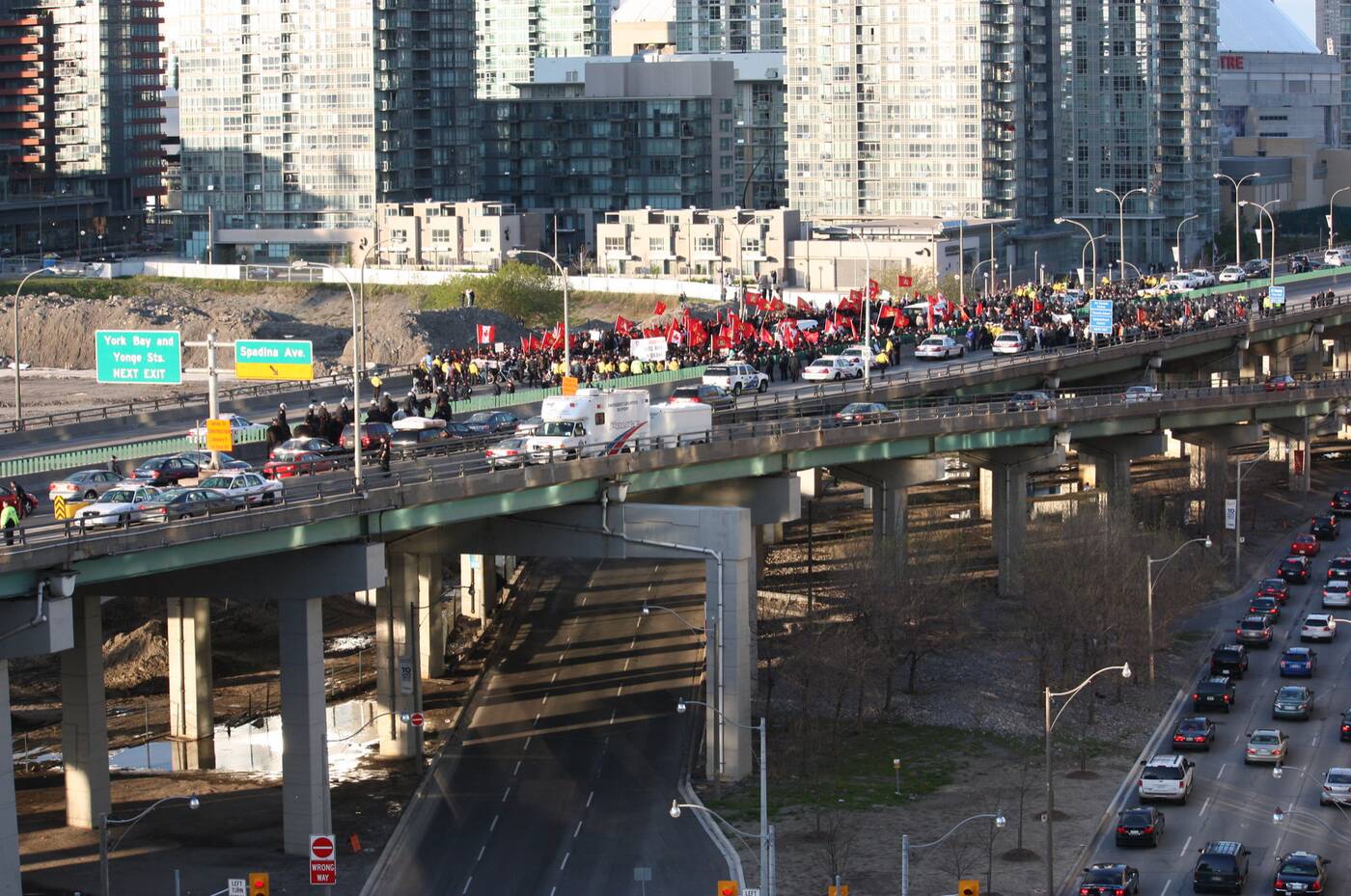 Motorists weren't too happy after Tamil protesters shut down the Gardiner Expressway. Photo by Neil Ta.

While the Sri Lankan government ended their long civil war against the Tamil Tigers, the city's Tamil community took to the streets in March of 2009. By May they were occupying stretches of the Gardiner Expressway as the military offensive in Sri Lanka closed in on the last pocket of LTTE guerillas fighting on the island.

While the protests might have made the conflict in Sri Lanka more relevant to Toronto motorists at the very least, it did little to attract widespread sympathy to the Tamil cause.

Anyone blessed with insomnia could have told you that the city was suffering from brief blackouts for much of 2008, but unlike the brief outages that made people reset their digital clocks, the blackout that engulfed most of the west end in mid-January 2009 was the real deal.

As temperatures reached -15 C, a water pipe burst in the Dufferin and Bloor power complex shared by Toronto Hydro and Hydro One; workers shut off the transformers to prevent them from exploding, depriving an area stretching from Queen to St. Clair of power for almost two days.

It was a summer of weird weather

Lightning storms over Toronto in August 2009, tornados in Vaughan the same month and all over the province all summer meant local weather might have seemed like it had been directed by Roland Emmerich.