Honest Ed's is one of Toronto's most colourful icons. Opened in 1948, its marquee-like sign, corner location, and ad-strewn facade ensure not only that it's highly visible and recognizable, but that it's oddly beautiful. Who knew kitsch could be so captivating?

Well, I suppose photographers do, and that's why so many of us have made the pilgrimage to Bathurst and Bloor streets to shoot Honest Ed's, both inside and out. One of those structures that's highly responsive to changing light conditions, it yields an astounding number of different perspectives from which to capture its odd intrigue. In recognition of that, I thought I'd share some of the best images of Honest Ed's from the talented group of contributors to the blogTO Flickr pool. 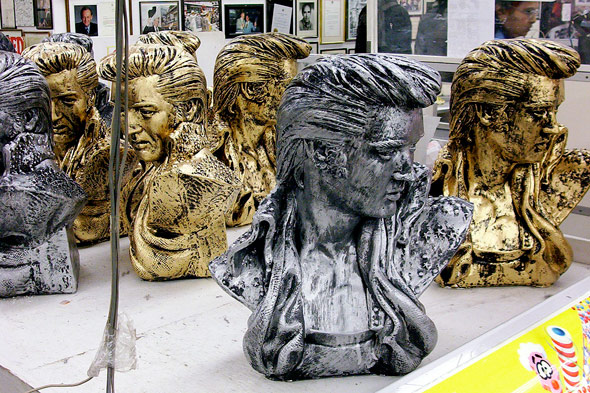 Although the building's most obvious feature is the 23,000 light bulbs that make up its sign, even when these have been turned off for the night, it's tough not to get a fleeting sense of nostalgia when looking at the 60 year old building. Counter to the bland box stores and homogenous chains, Honest Ed's exists as something of an anti-Wal-Mart: quirky and unique, always offering a bit of mystery as to what's contained inside.

The range of items really is quite remarkable, with everything from silver and bronze Elvis statues to "fancy panties" on offer. 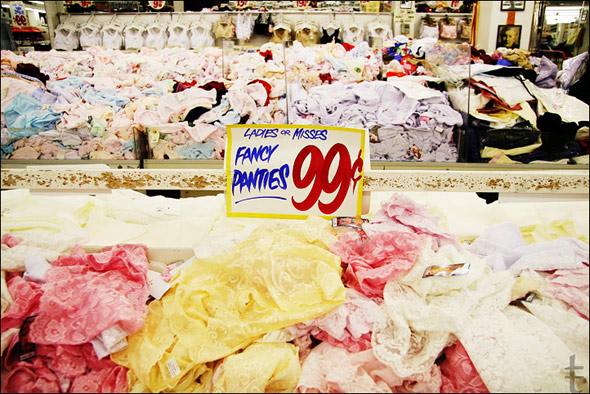 But, of course, it wouldn't be Honest Ed's without the hand-painted signs that litter the exterior, many of which are hard to forget. "Come in and get lost!" one reads, while another assures that "only the floors are crooked." And neither, of course, was Ed Mirvish, the store's founder and proprietor until his death in 2007. Never one to shy away from self-deprecation, the majority of the ads around the building poke fun at him in some way. 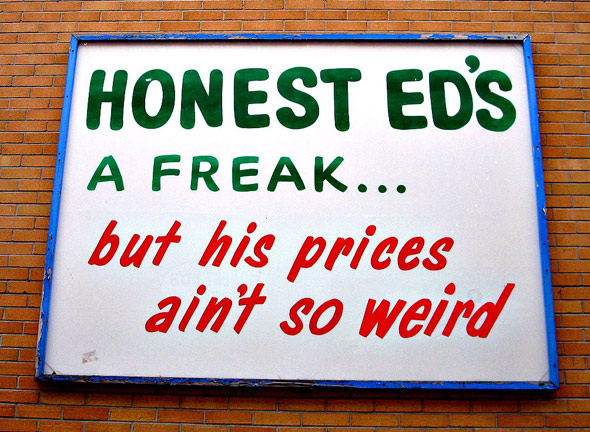 But for me, it's Honest Ed's general street presence that's so delightful. While I have no doubt that over the years many have considered it an eyesore, I'm a sucker for the way in which the 1950's storefront radiates both the pomp of that time-period and its inevitable decay. Weathered as it is, Honest Ed's is a reminder that cultural and consumer values are always in flux. Note: as per comments, I've confirmed the current facade is not original to the building, having been updated in the early 1980s. 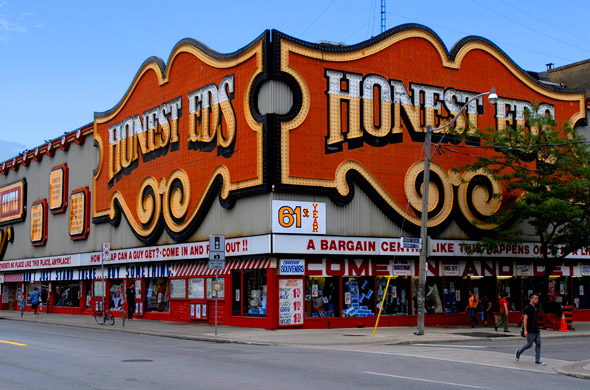 Particularly stimulating from a visual standpoint are those photos that capture Honest Ed's at night and after a little rain. The reflection of the sign in the wet pavement always seems to double the amount of light in the area, giving the impression that it's a worn-down casino that's nevertheless still in use. 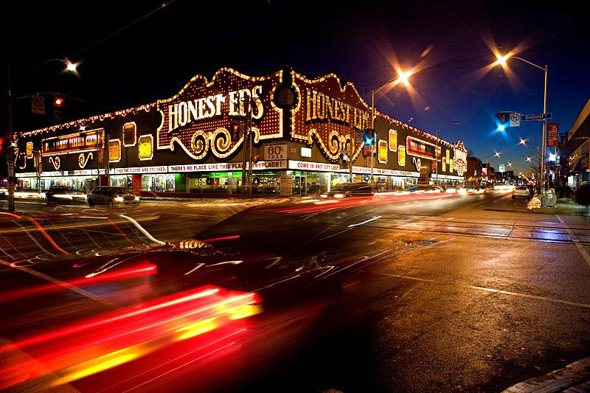 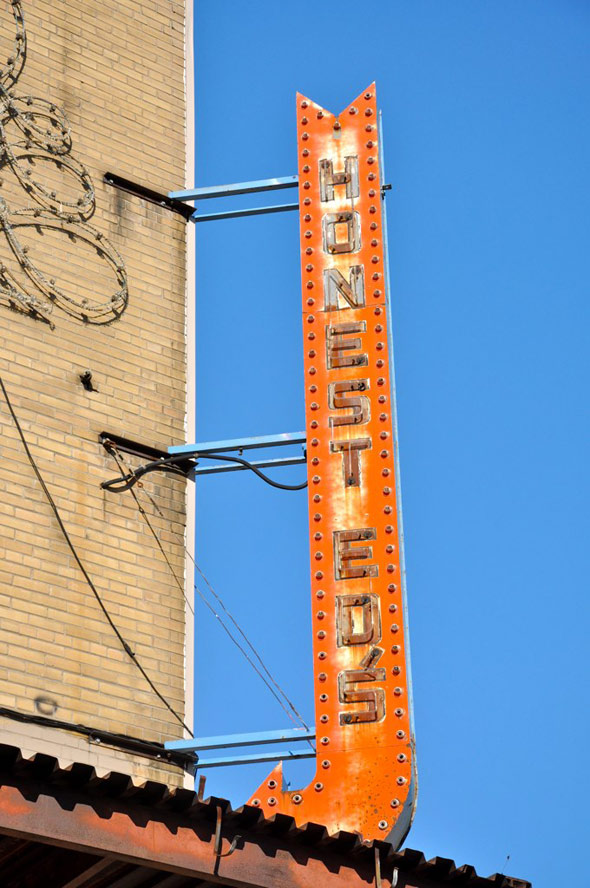 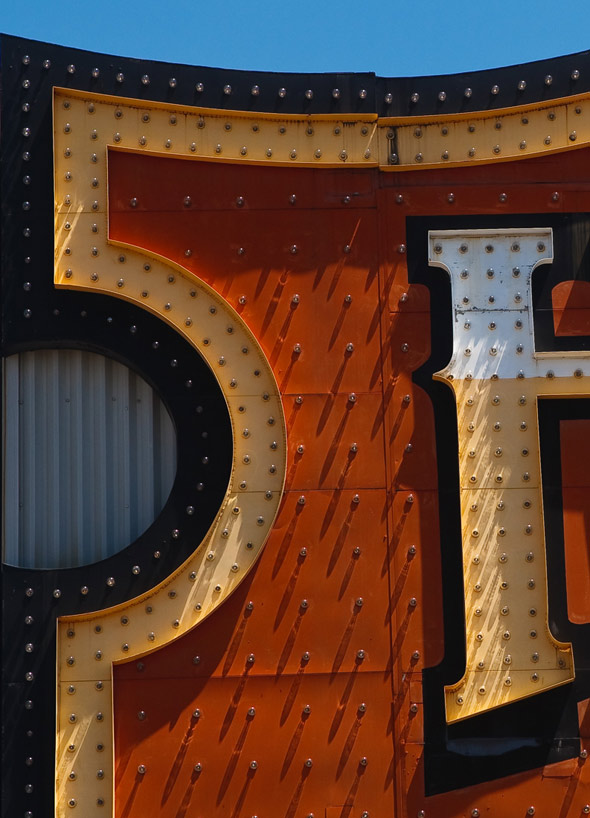 art exhibits, movie shoots and annual turkey giveaways, Honest Ed's is, to me, one of the city's most interesting buildings. And I thus thoroughly appreciate the ability to check out all the various ways it's been captured in our Flickr pool.

For even more photos of this great landmark, check out the slideshow below. And if you have photos you'd like share, add them to the pool with the tag "honest ed's."