A group of local residents in West Toronto have entered the next phase in their quest to find a name for their beloved neighbourhood. Back in August, the group known as Fuzzy Boundaries began soliciting suggestions for the name of an area just east of the Junction, loosely bordered by Dundas, Dupont, Landsdowne and Bloor St. Two months later and they have arrived at a long list of 185 names.

To draw attention to their efforts, the group decided to chalk the names along a section of the West Toronto Railpath. Fuzzy Boundaries spokesperson Kevin Putnam says this "offers everyone a chance to see the names suggested so far and prompt additional ideas before a shortlist is drawn up in January." 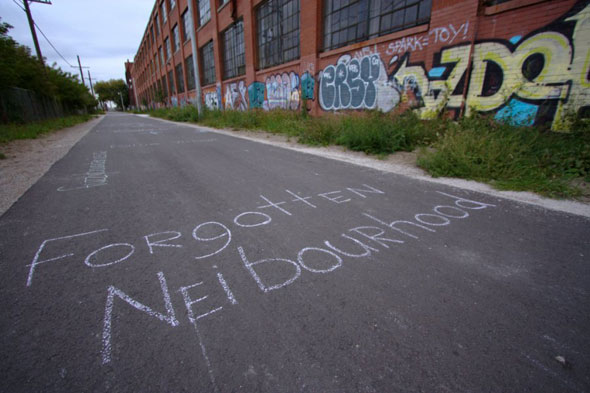 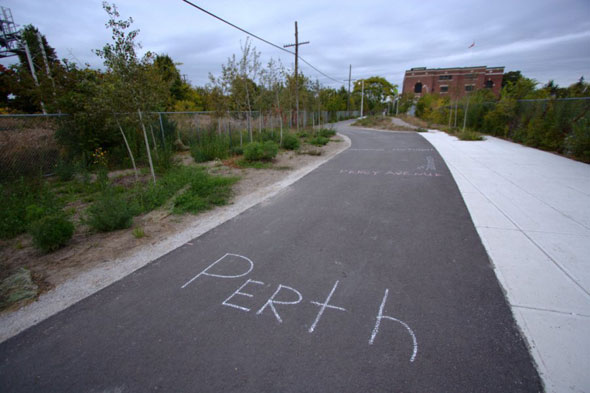 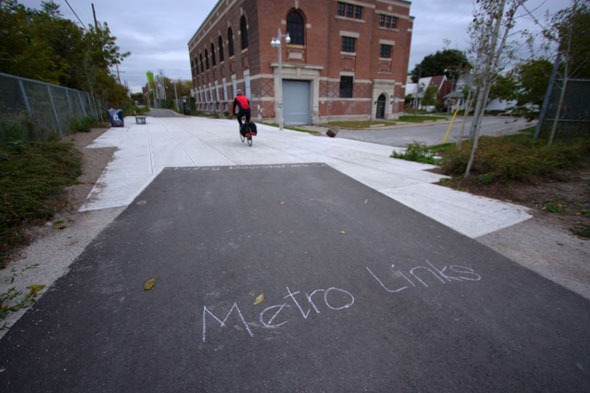 And what a collection of names it is. From the ridiculous (Big Banana, Gotham) to the predictable (West Toronto Junction, North Roncy), there's enough range to make it anyone's guess what will emerge as the winner. Among my personal faves are the tech sounding J-Pod, transit-minded Dupont Station and anachronistic SOJUTA (South Junction Triangle Area). 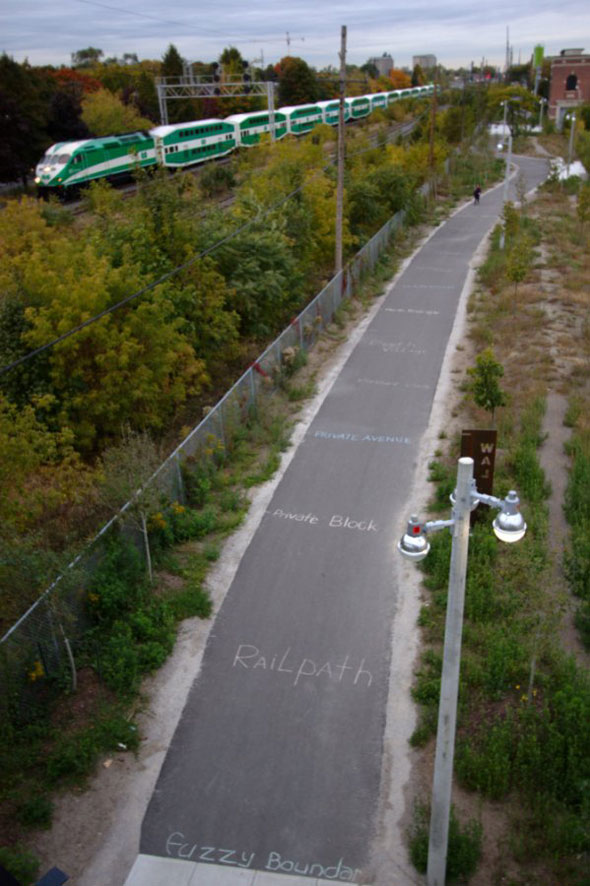 Suggestions are still welcome until January 14th and can be made online or via a suggestion box at the Perth/Dupont branch of the Toronto Public Library. Then, the community will get to vote and dwindle the list down to a final 10 before a selection committee of residents and experts make a final decision. The group believes that the ideal name will be one that's both unique and references some aspect of the area's history or topography.

Here's a look at the complete list of 185 suggested names to date, in list form and in video.