The Fight Over, and Future of St. Clair West and Caledonia

The corner of St. Clair West and Caledonia has never been a particularly pretty intersection, but it does offer a snapshot of the sort of mixture of activity that made Toronto an industrious town, despite the aesthetics. A new study being initiated by the city, however, might change all of that, and it's making tempers flare all around the neighbourhood.

The public phase of the study began last week, with a meeting at City Hall between planning officials and landowners concerning a lopsided rectangle of land on the western side of the intersection. Officially, the study is an adjunct to the Avenue study for St. Clair West, meant to "create new housing and job opportunities while improving the pedestrian environment, the look of the street, shopping opportunities and transit service for community residents," and it continues next month with a community meeting and design charette.

The focus, however, is on the block of "employment areas" on the northern edge, dominated by New Sabby Concrete & Supplies, a cement mixing yard that's been in operation there for three decades - photos from the city archives show a coal yard in operation at the site in the 1920s. Owner Filipe Francisco wasn't at the meeting, but wonders if it's just the latest front in a long skirmish with locals. "Who knows if somebody is behind all this and trying to get us out of here, so they can build," he tells me. "There's huge money behind the scenes, but how can you prove that?" 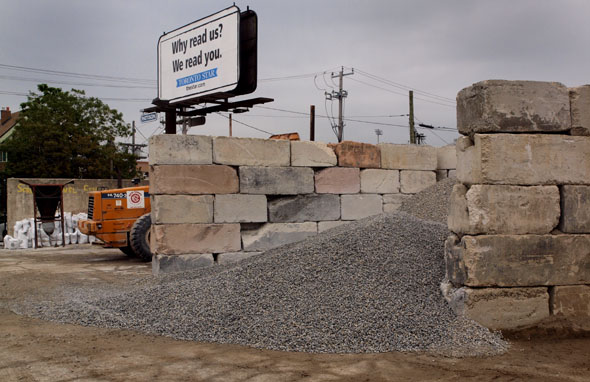 New Sabby's landlord, Pino Curtoso, says that Ward 17 councillor Cesar Palacio has been trying to force New Sabby out for years, and recently made an unprecedented appeal to a provincial ruling that the concrete yard, which is deemed in legal non-conformance with city zoning, was in compliance with environmental regulations. "I can really feel for the residents," he says. "It would be a really nice thing to see a retirement home, some commercial on the bottom or condos."

With the western edge of the properties bounded by the CN/GO rail corridor, it would seem an unattractive spot for development, but an application to the city for 52 stacked townhouse units has been filed immediately to the south, where Darrigo's, a grape wholesaler, has done business for years, and condo developments have been completed near Davenport. Space for new construction is at a premium in Toronto, and the rail corridors, long since deprived of their industrial function, are suddenly attractive.

The city planning office wasn't returning calls yesterday, though an official from the office insisted off the record that the study was speculative. Curtoso says that he isn't convinced. "This is Canada, man," he complains. "It's not frickin' Russia. You can't just kick somebody out. These guys have been there, they've been doing business. You want them to move, you sit down at the table and ask how much it's going to cost to set up a new plant and move. That's the way things should been done, but what they've been doing up to this point has been disgraceful." 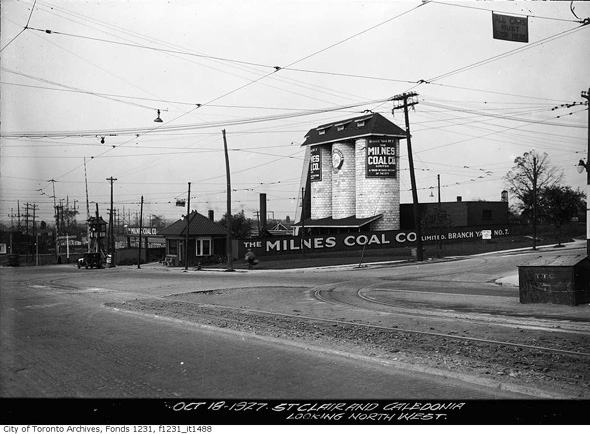 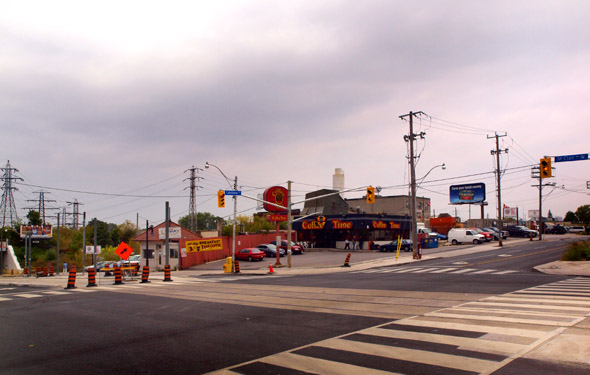