Clear Sailing Ahead for Distillery District?

On a humid weekday when Indian Summer sprawls into the fall, thing aren't looking too bad in the Distillery District, the much-hyped reboot of one of the city's oldest and most picturesque industrial landmarks. Patios are still half-filled after lunch, and there's plenty of foot traffic in and out of the warren of stores, galleries and eateries that have mostly filled the old liquor warehouses and vat rooms.

Tenants seem optimistic. Nancea Whitham of Tenacious, a textile goods shop, says that business "is better than last year. I haven't really been affected by the recession." And Nina Jones, who sells stationary out of her shop, Jonesy, says that her year so far has been great, and that despite lingering talk of a recession, "I can see how things are turning around." 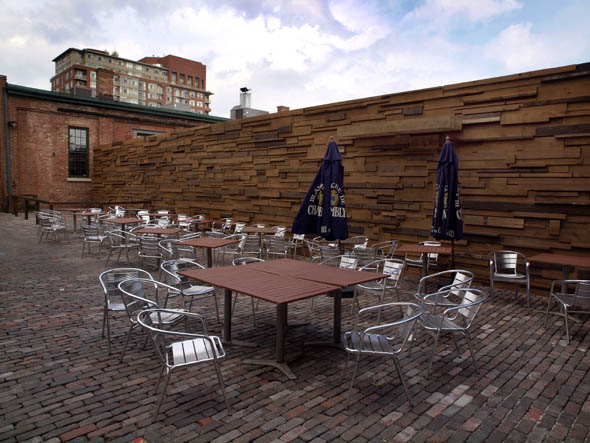 It didn't sound so cheerful down here even a year ago, when the first of an apparent string of cold, wet summers dampened foot traffic, and American tourists began evaporating in the first tremors of last fall's economic wipe out. When highly-regarded eatery Perigee closed its doors this spring after almost six years in business, some people expected more bad news. For an area seemingly inspired by the maxim "If you build it, they will come" - or, 'restore it,' in the case of the Distillery complex - it was finally worth reckoning when the "destination" would finally become a neighbourhood.

There's certainly no shortage of horror stories from former tenants, like Craig Urquhart, who ran Artifex Furniture for four years, when much of the site was still under construction. "Given the state of the site, many customers said that it looked like an internment camp without lights," Urquhart recalls. "I understand it was a difficult site to run, but I'm tired of saying that," he says, adding that he and his partner were forced to close down nine months after leaving, having tapped out their resources moving and fighting their former landlords. 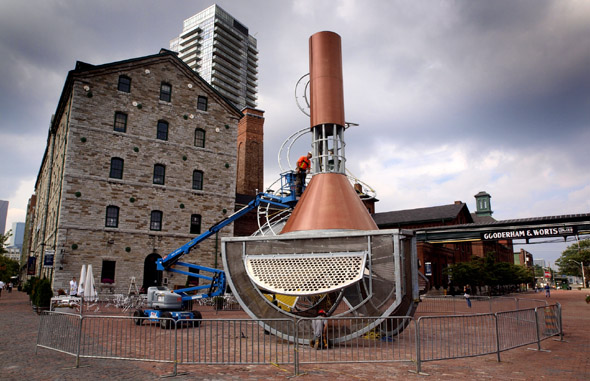 Akemi Nishidera runs Kozo, a printmaking shop, on Broadview now, but she spent four years in the Case Goods Building with other artists, artisans and performing arts groups. She remembers security issues, especially on dark winter nights, and fights over signage to draw traffic to the isolated building. She's heard that it "is getting better, but unfortunately for some of us... we don't have the funds to wait for all those things to come in, so there's been some turnover, which is too bad."

Allison Skinner of Distill Gallery is an original tenant, and agrees that things were rough, but that as condo development on and off the site has grown, she's finally getting local regulars, and says she's had her best year ever. "We were in the middle of nowhere and it was a complete construction site. I was the fifth retailer on site and it was horrible."

"But it's been steady growth year after year, as I anticipated," Skinner adds. "In spite of people saying the sky was gonna fall, it never did." 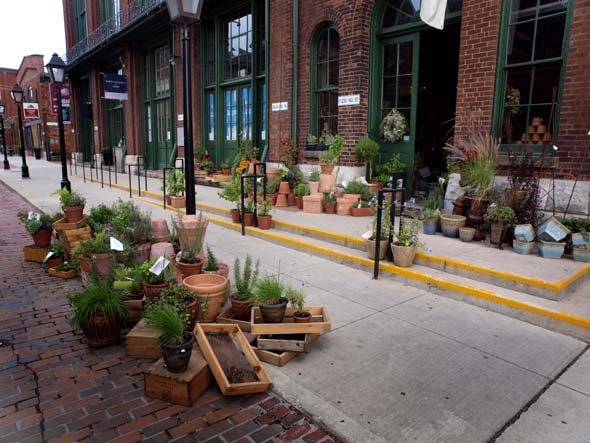