People are becoming more vocal about the ongoing Toronto city union strike... especially online, where anonymity allows everyone to openly vent frustrations. Though many comments take the shape of rants, they also reveal the impact this strike is having on the everyday lives of Torontonians.

One citizen (who requests anonymity) has decided to channel some of this anger and frustration in the form of an informal petition to End the Strike Now. In Toronto's often lukewarm political environment, it's refreshing to see the reaction. From garbage in parks and swimming pools, to child care concerns, the End the Strike Now campaign is attempting to record the impact of the strike and the legitimate concerns of dissatisfied citizens.

Too bad it took such a stinking mess to evoke a response. 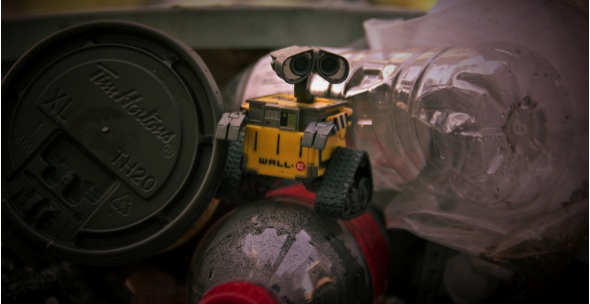 When I interviewed the mind behind the End the Strike Now initiative, I was expecting a stern political agenda to emerge out of the petition. However, it quickly became clear that the intention is to formally register the complaints, concerns, and effect that this strike has evoked in the city.

"There are hundreds of blog comments on sites, such as yours, but I know the rest of the 2.5 million people in Toronto feel some level of disgust with what's going on. I wanted to see if there were more people against this and this seemed like the only way to find out."

The website takes visitors through a few factual statements about the strike - its duration (32 days and counting) and how long the initiative has been waiting for a response from the City (7 days and counting) - as well as recent news developments. Otherwise, there is no obvious agenda - the creator seems to geniunely offer a public forum for registering a 'strike impact statement.'

Everything is collected anonymously, and at this point is not a formal petition but rather a test to see how much support there is for this initiative. Interestingly, the people who are leaving comments (which at present, are not displayed publicly) are sharing the dramatic impact that this strike has had on their lives.

"This is very grass roots, in that these are real people who are struggling and even suffering due to the strike. These are intelligent comments that don't only vent frustration, but suggest very thoughtful people who have a genuine interest in changing the situation in our city."

The link to the petition website was initially kept secret, sent only to city councillors and select media outlets (including blogTO). Already over 100 people have left comments on the site, and over 1000 have visited - suggesting that there are a large number of people being motivated to take action against the strike.

Though the petition is not currently public (there are legalities around what defines a public petition), the creator's intent is to garner enough support to then take the petition to the Mayor, the Premier, or even CUPE. All comments left are kept private, but by leaving your name and email, the creator can contact you to see if you would like to be added to the official petition once it is registered.

The hope is that this new-found public interest in city operations will renew the public's political motivation, and the creator is very much aware of this tenuous political interest. There's a municipal election coming (November 8, 2010 to be exact) and while the current political climate is charged thanks to the strike, the public often forgets once the situation is resolved.

Already Miller has attempted to placate the public, refunding summer camp, pool and leadership program fees, but as yet has offered no relief on property taxes or garbage collection fees. The End the Strike Now website will help to ensure that the impact of this summers strike isn't forgotten, and can be used to drive positive change in city planning and policy.

"I don't have the answer - are people being affected by the strike? The mayor? The Union? The NDP? This 'petition' is more of a conscious retaliation to the current strike situation. What difference does it make when 24,000+ workers leave their job? The bottom line is that people are really concerned, and they need to voice those concerns."