The recession has a lot of businesses panicking - the fashion industry is apparently on the verge of a meltdown, restaurant owners have even more reasons to wake up screaming, and the airlines are apparently hugging the panic button even more closely than usual. That isn't stopping Porter from building a shiny new terminal at the Toronto City Centre Airport, though, a big new facility I've had a chance to watch take shape since I've been spending a lot of time at the Island Airport lately, not going anywhere.

Until about a year ago, I was regularly flying to New York and Los Angeles to cover movie junkets, a perk that ended for good when I got laid off earlier this year. Except for the whole thing about sitting in a cramped seat for five hours breathing recycled air and watching bad movies, I really enjoyed being a frequent flyer, so much so that I've found myself killing a few hours every week or two by hopping on the ferry with the Porter passengers and wandering around the concrete and asphalt perimeter of the airport with my camera.

Unaccustomed as I am nowadays to kind thoughts of Mayor Miller, I'm grateful for his adamant but unsuccessful opposition to the Island Airport's existence, mostly because it resulted in an upgraded car ferry and terminal instead of a bridge over the Western Channel that would have completely downgraded the buzz I get from my day trips. Leaving every fifteen minutes on the hour, the airport ferry gives you the incomparable sensation of setting off on a journey without a) taking an unspeakably long, tedious amount of time, or b) costing anything.

Porter passengers give off a quietly self-satisfied vibe that probably comes from knowing that they've sidestepped the slaughterhouse cattle chute experience at Pearson, and have Porter's dignified little departures lounge waiting for them, with its free espresso machine and shortbread bars. It's off limits for me without a boarding pass, so I make my way outside, where the airport's shabby original terminal building sits, a classic bit of pre-war airport architecture with the old control tower crowning its roof. 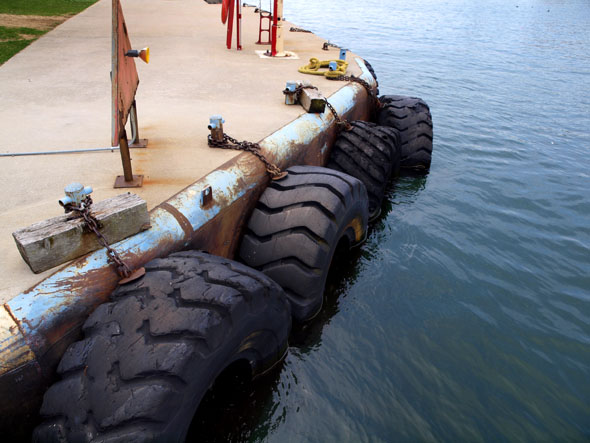 The building is a bit overwhelmed with the new Porter terminal taking shape behind it, but I remember when it was the airport's sole departure lounge, many years ago, when I flew on a City Express Dash-8 from the island to Newark. Today it's home to a Druxy's, and the sole lunch spot for island airport staff who have impromptu meetings there, dressed in the classic engineer's uniform of belted khakis and short-sleeved dress shirts.

The TV is tuned to soaps, and the aerial for the set hangs from the Norwegian flag mounted to a Toronto Historical Board plaque commemorating the Royal Norwegian Air Force, who made the island their home during World War Two. The door that led to the tarmac where my Newark flight once boarded now faces the back of the Porter terminal construction site, which is supposed to be finished by November, according to a worker on the site. 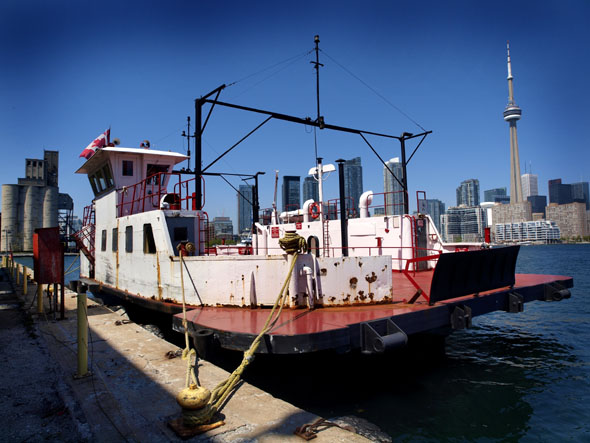 The old Island ferry is still there, tied up and rusting away by the eastern end of the channel, just by the derelict Dash-7 that's been parked by the water for ages, one of its four propellers missing. It's a good spot to shoot skyline photos that don't duplicate the standard, head-on panorama taken from Algonquin or Olympic Island, and once you're finished snapping, there isn't much to do besides head down the concrete strip edging the channel past the Porter hangars toward the new control tower. This is where private plane owners go for access to their Beechcraft, Cessnas and Pipers, and where limos slip in and out with brisk efficiency, picking up and dropping off their wealthy passengers.

Private plane owners are a breed apart - the little parking strips at the island are usually host to a mix of luxury sedans, showy Lamborghinis and Porsches, and ostentatiously customized motorcycles, while on the discreet end you'll have the Mini owner whose vanity plate features the call sign of his plane. Finally, though, it's time to get in line with them by the ferry dock and head across the water back to the city; there's not a lot you can do on the scant strip of publicly accessible concrete on the island, but there aren't many places you can go for a vacation for the cost of a smoked meat sandwich and a bag of chips. 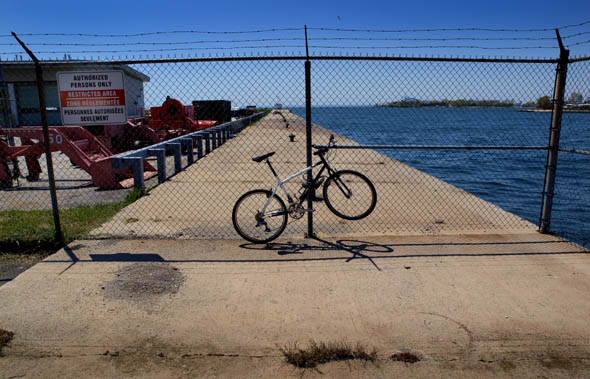 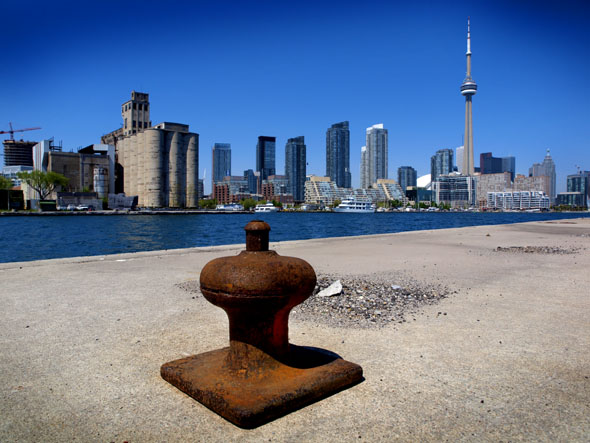