That's what I was left wondering after I stumbled upon a crime scene late last night where the victim only spoke Spanish. The police, fire crew and paramedics who arrived on the scene couldn't speak the language, making it almost impossible to decipher his story.

It was hard for them to figure out how a man ended up lying on the roadside, bleeding from his face, shortly after 2 a.m. at the northeast corner of Bay St. and Yorkville Ave. 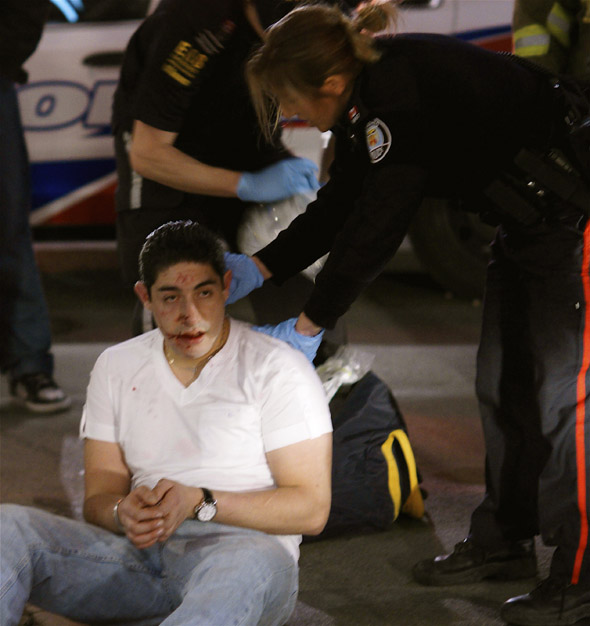 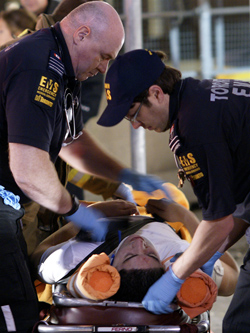 I happened upon the situation moments after the emergency services arrived, to see a man crumpled in a heap at the edge of the road. At first I thought the man was the victim of a hit-and-run.

Three police cars, fire fighters and an ambulance rushed to the scene, put the man on a stretcher and took him to a hospital. He appeared to have sustained non life-threatening injuries.

When I asked one of the police officers what had happened, he said that the victim only spoke Spanish, and that there were no Spanish-speaking cops in their division on duty at the time, so it was difficult to get his story.

Luckily two witnesses were in the area just after the altercation. They said they saw two other men fleeing the scene.

Fights break out all the time in the early hours of the morning as bars and clubs let out. So this isn't all that unusual in a city as big as Toronto.

It's good to see that our emergency services are quick to respond to incidents like this, especially outside of the entertainment district.

The brief conversation I had with the police officer left me wondering: In a city as diverse as Toronto, how hard can it be for the police (or paramedics for that matter) to employ more people who speak languages other than English and French?

What if the case was a suicidal person in distress? Or a hostage-taking situation? 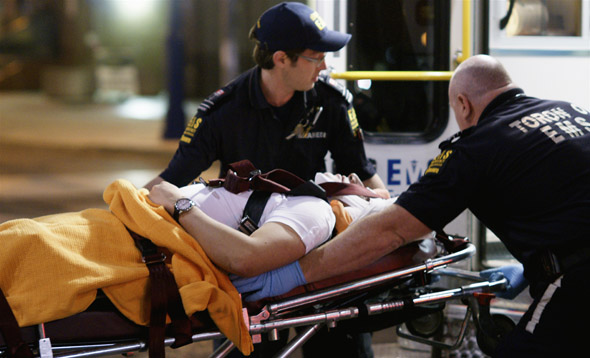 When I worked for elections Canada, people with other mother tongues were encouraged to apply. Managing a central polling station on Election Day became a lot easier when I realized that some of my staff also spoke Italian, Spanish, Portuguese, Farsi and Urdu.

Even though English and French are the country's only official languages, do you think the Toronto police, EMS and fire crews should be hiring more multilingual personnel?