The Toronto Really Really Free Market lived up to its name. Things were really, really free.

It felt like walking into the Value Village a few doors down. The difference is you get to pass interesting artwork, it's much smaller and merchandise is more disheveled, and you don't have to pull out your wallet before you leave. 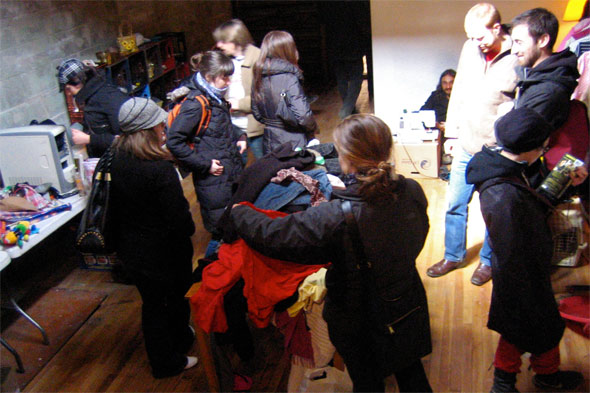 Shawn Pelletier was one of the organizers. He walked around with a "free sewing" patch on the back of his jacket advertising the only free service on offer. Pelletier says a group of anarchist and activists got together and decided to bring the Really Really Free Market movement to Toronto. "We wanted to see how Torontonians would accept the idea," he explained.

There were about a dozen people combing racks and shelves when I came in. Pelletier said some people walked in perplexed but most understood that it wasn't a swap.

Pelletier and a few of the other organizers lost me with some of the anti-capitalist theory behind the event. But I get the point of giving if you have and taking if you need.

To commemorate the first Really Really Free Market in Toronto, there was also a social and live music later in the evening at the same location.

My favourite offer was the free jokes I got from two of the anarchist organizers, Ben and Scott.

Ben: "How many anarchists does it take to change a light bulb?"
Me: "How many?"
Ben: "None. Anarchists don't change anything."

Scott: "Why are communists good at school?"
Me: "Why?"
Scott: "Because they get good Marx."

I left with a chuckle. 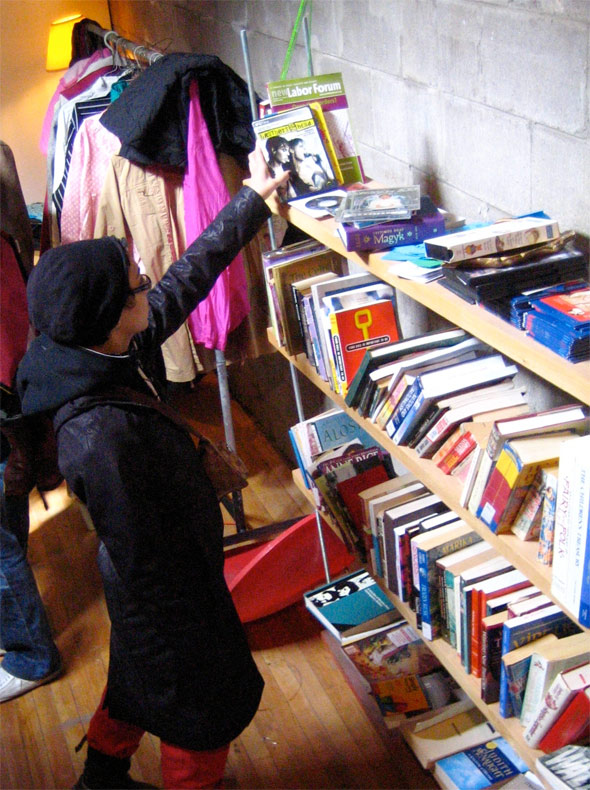