As recently as a few months back, on the Eastern side of Toronto's Don River just North of Queen street, sat Don Mount Court. I actually happened upon this then-abandoned location tangentially while scouting an infamous derelict 'gentleman's club' to the South of the massive housing complex; the TCHC (Toronto Community Housing Corp.) structure was home to some 232 households, until severe structural damage to the late 1960's building was reported. 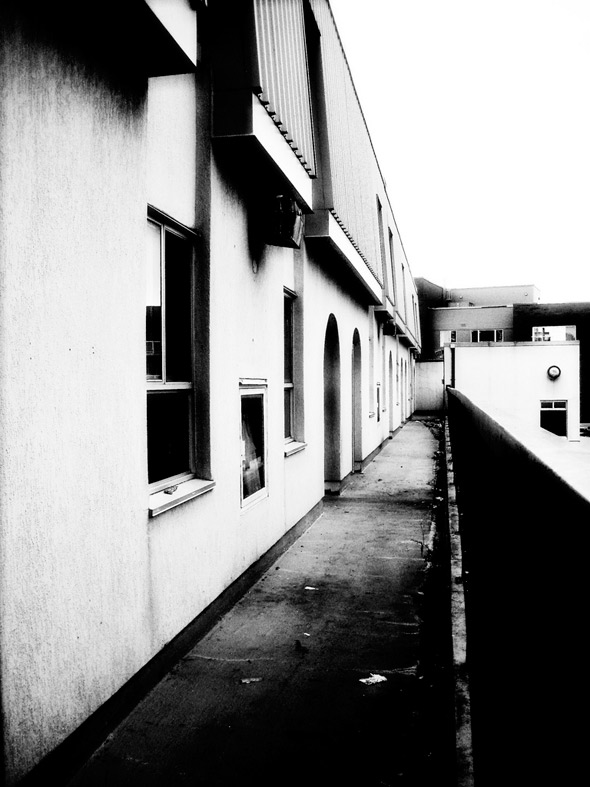 Added to the building's structural flaws was the increasing problem of isolation, as the community was cut-off from many roadways and basic amenities. Coupled with the increase and centralization of crime in this particular portion of 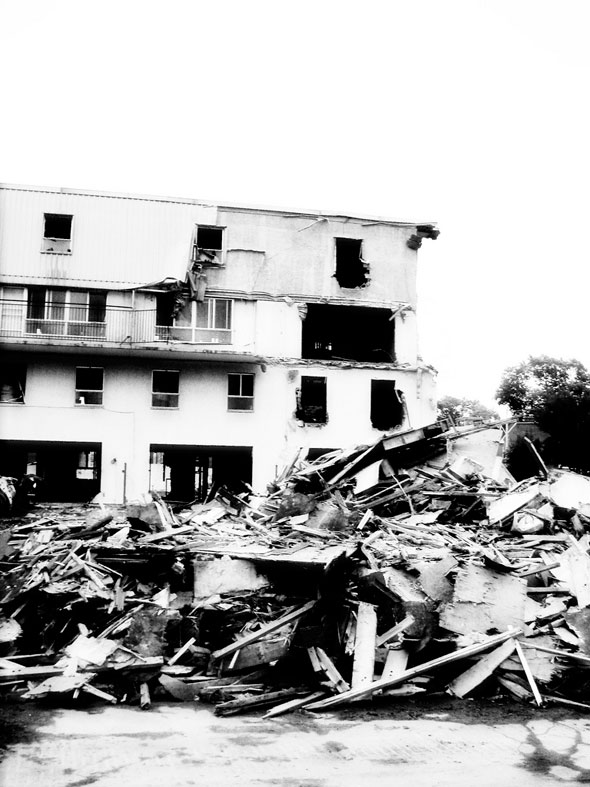 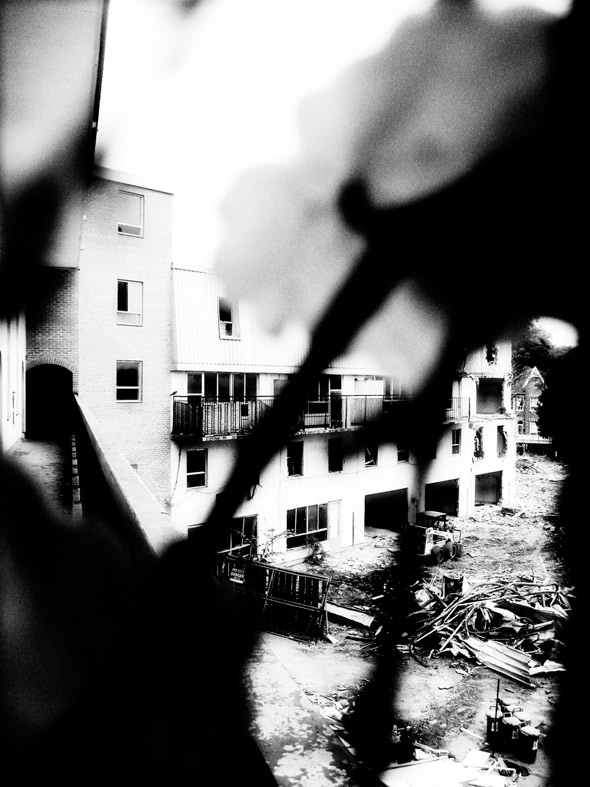 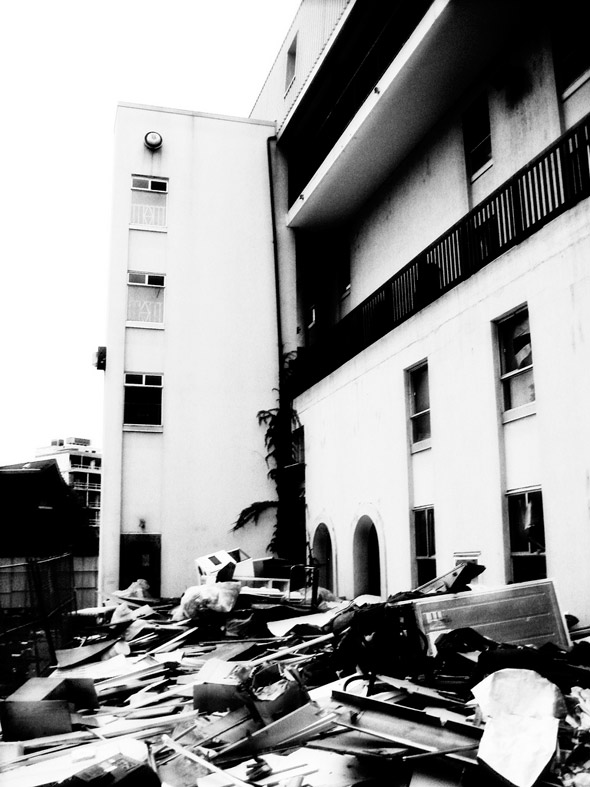 Riverside, the death and redevelopment of the property became increasingly inevitable. As with much of the recent (and upcoming) architectural and distributional modifications to Regent Park in general, I cannot help but think of the unfortunate, if well-intentioned, Pruit Igoe urban planning disaster in Missouri from the '50s to the '70s.

The call for a community redo was put into action in 2002, resulting in a city council decision to commence work (with the aid of an Ontario grant of 9.3 million dollars in 2003) on townhouses and a low-rise apartment building on an adjacent property; meanwhile, the tenants would be relocated to other areas. Parts of this project were complete when I visited the abandoned building, but how strange it must be to look out of the window in your newly allotted home (after being displaced in the meantime, during its creation), and seeing the building you once inhabited, now a shell of how you knew it.

In order to address the problem of concentration of criminal activity, the new complexes would incorporate a 'mixed-income' strategy with 232 new spaces allotted to a similar rent-geared-to-income system as the old place, but with 187 urban town homes for general market sale.

Approval for the zoning bi-law amendments were given in 2004 by City Council, and by '05, the Ontario Municipal Council was on-board.

My formal visit with 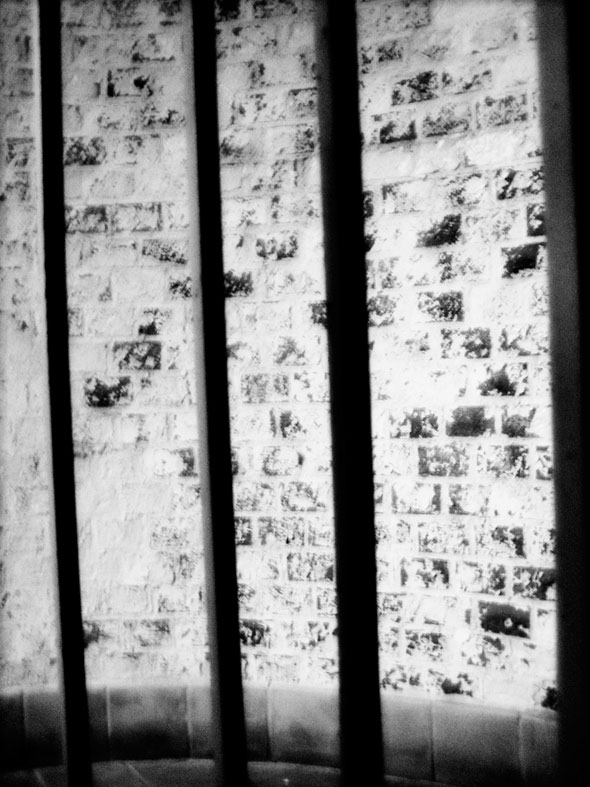 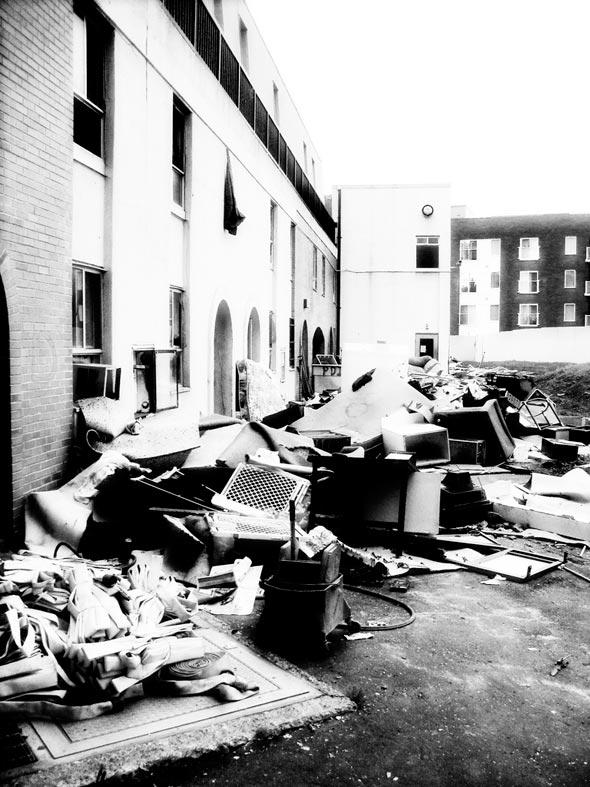 to the site a week or so after discovering it revealed much more than city records and archives ever will; albeit aesthetically somewhat over-stated by the buildings' abandoned and junkyard-esque appearance upon our arrival (at one point, we actually encountered an entire pile of derelict refrigerators), we found living quarters which were so sterile and poorly planned, that I question the motives behind their creation in the first place.

The dehumanizing architecture of J.E. Hoare is finally beginning to leave Toronto (think: the demolition of the Regent Park super-blocks), the hideous and demoralizing spaces designed for the 'working poor', as he put it, yet I wonder how humanitarian the random relocation and redistribution of the residents actually is. I suppose anything is better than what we witnessed while exploring the old Don Mount Court - a building which intrigued me at first because of it's shocking resemblance to the old Bayview Ghost - but I wonder whether the new developments will resemble an idea of home, or merely the result of a committee.