The Comedy Bar celebrated its official opening Friday night, kicking off a weekend of free comedy in Toronto.

Gary Rideout Jr. (of The Sketchersons) has carved out a cozy little new space to call home for comedy in a promising space at 945 Bloor St. W. near Ossington. The Comedy Bar's 110-seat theatre will host 70 shows a month and feature more than 300 performers in sketch, improv and stand-up.

Toronto city Councillor Joe Pantalone was on hand to cut the official ribbon marking the opening of the venue, with business partner James Elksnitis and Rideout (right) at hand. 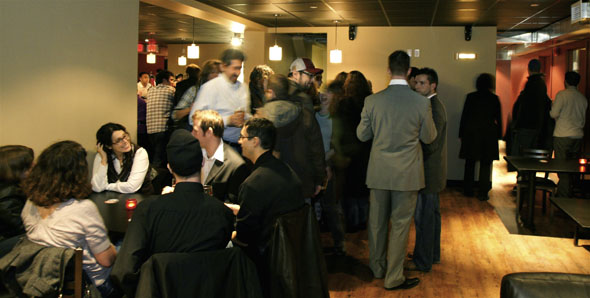 I've already seen a few shows here over the past month or so, even while the place was still being renovated. During a show at The Fringe Festival in July, I had to negotiate some drywall just to get to a bare-bones washroom. Things were shaping up slowly when I saw another show there in September. 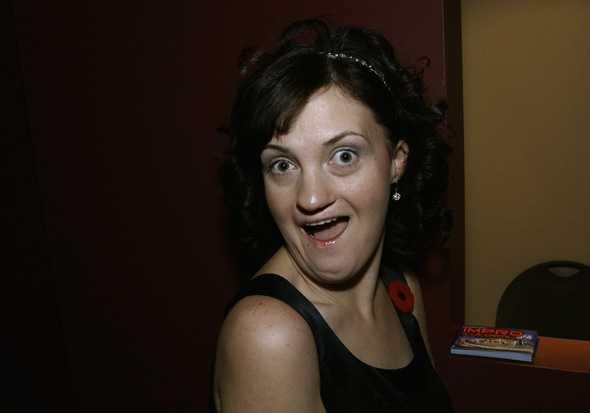 Inside the venue, the only sketch you will now find is on stage, in the form of talented performers such as Nikki Payne (pictured above).

The bar itself is quite a cozy place now, with comfy sofas and some more traditional seating in the lounge area. I chatted up a couple of musicians, bassist Bob McKitrick (formerly of 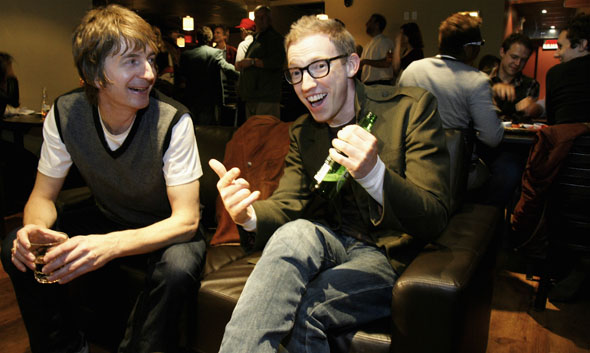 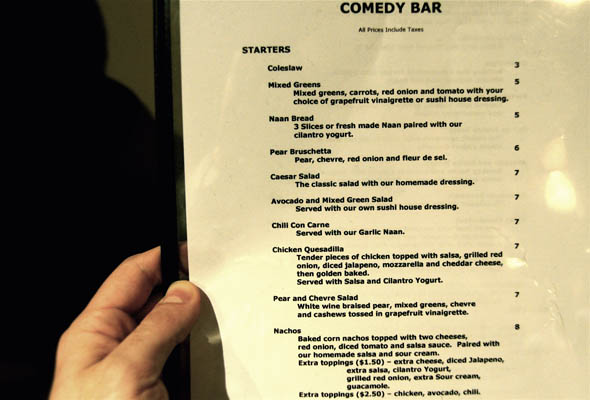 and Danny Smith of The City Drive) chilling out between acts (below).The Comedy Bar has a pretty decent, affordable menu too. The kitchen has no deep fryers so you'll have to forego that burger and fries for more vegan-friendly alternatives. I heard that the pear and chĂ¨vre salad ($7) is delicious.

Drink options included some decent local brew, including Mill Street Organic on tap. I was tempted to try one of their custom shooters: Sexy Hangouts ($3.50), Juicey Hangouts ($4) or Smooth Hangouts ($5).

If Friday night's talent was any indication of what's to come at Toronto's newest comedy venue, the place will do just fine.

If you haven't seen some of 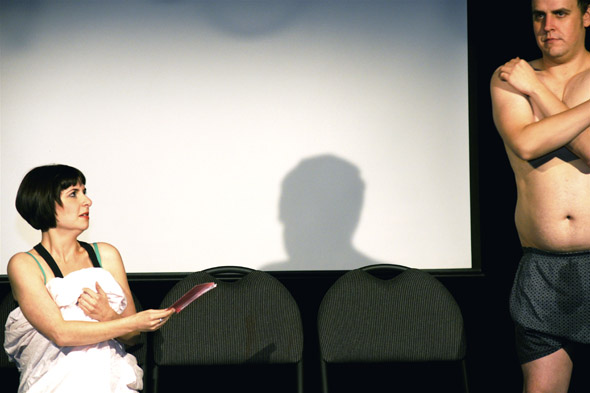 The Sketchersons' schtick, you're missing out on some hilarity.One of my favourite sketches performed Friday night was The Hallmark Cards piece where members of the troupe acted out scenes that beg for Hallmark cards. Think dates gone horribly wrong. 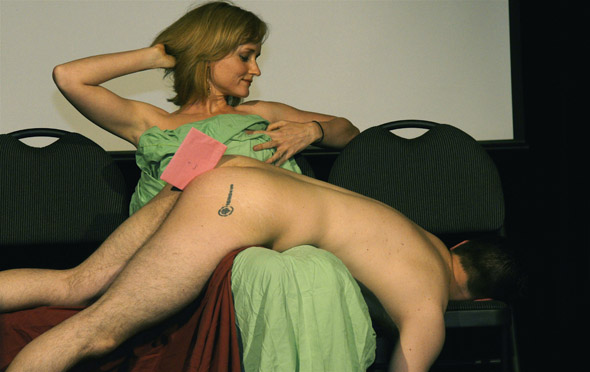 Like when your one-night stand stays the night and you don't know what to say the next morning? 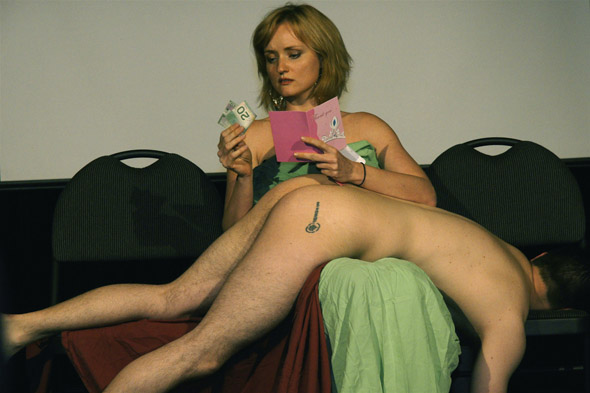 Say it with a Hallmark card: "Just take it and get out." 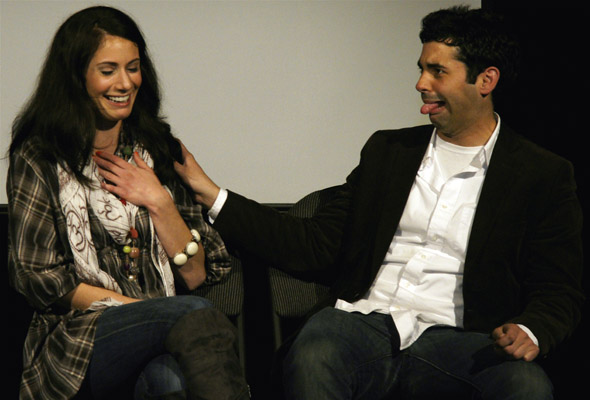 Another sketch played out a date conversation gone wrong that started innocently with a conversation about which celebrity you'd sleep with.

One member of the Sketchersons' troupe, 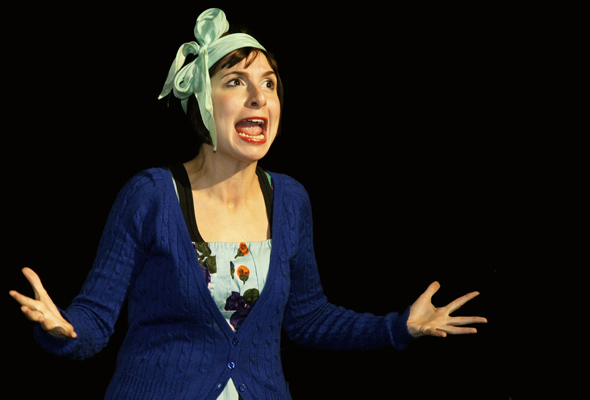 Holly Prazoff (pictured below), was a particular delight to watch. Full of spunk and energy, she lit up the stage.

One of the most inventive acts was a sketch that was played out twice. The second time "In Bee Vision," which required the audience to put on special Bee Vision glasses (kinda like 3-D glasses, only cooler).

Without giving it away, I'll say that the second time through got lots more laughs.

If you can't make it to The Comedy Bar for the free Sunday Night Live show this weekend, you can get your LOL on from November 18-23 at the Toronto Sketch Comedy Festival.