A funny thing is going on with stuffed animals around Queen and Ossington. For one, Pikachu has been spotted climbing a tree on Queen St. West near Dovercourt.

There are more occurrences North on Ossington outside of C1 Art Space. 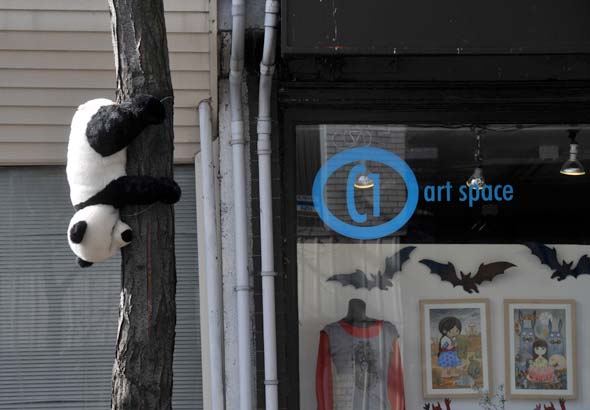 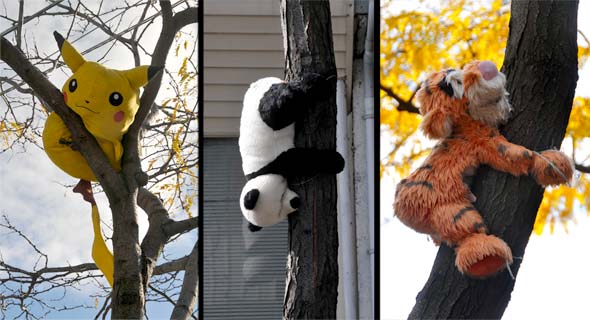 I asked Ross Bonfanti of C1 Art Space (where you can see two of the animals). He said he put the tigger in the tree in August and added the panda in the following weeks, but he had no idea about the Pokemon on Queen.

I don't know if the trend will continue to spread, but I think it's a better way to recycle/reuse soiled stuff animals than throwing them out or perhaps even donating them. Stuffed animals I've seen at second-hand stores never look clean enough to be cudded.