The police released an announcement early yesterday that one arrest has been made in the case of the Sept 7th multiple sexual assaults at York University where two men gained access to the Vanier College residence, an off-limits area that is intended to remain locked to non-residents, sexually assaulting two women, attempting to attack a third and entering six different rooms. (Previously discussed in Rebecca's Take Back The What? post.)

Daniel Katsnelson, pictured above in a clip from a 2005 independent film he appeared in, turned himself in to police on the advice of his lawyer after getting word that he was being sought as a suspect. The 25-year-old was living in a Thornhill apartment with his grandparents, and while initial information did not elaborate on his connection to York, it's since been revealed that he is indeed a York business graduate.

Katsnelson is facing 11 charges: 5 counts of break and enter, 2 of sexual assault, 2 of gang sexual assault and 2 of forcible confinement. As his lawyer has recommended, he has made no statement and thus far does not intend to.

Personally, having previously been rather set against CCTV systems, the fact that their existence in this situation has managed to lead the police to a suspect and an arrest has gone a long way towards making me rethink my position. Prior to the arrest, I was saying that whether or not the hours of footage turned over to the police translated into an arrest would really strongly determine my opinion of the value of cameras, and, well, here we are.

I'm now forced to reconsider how I feel about CCTV - click through to watch me do exactly that. 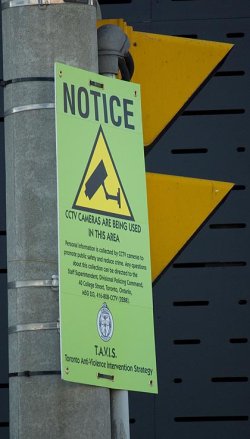 Thus far, media investigations into his background have turned up fairly random tidbits, such as his role as 'Trey' in Kirill Kripak's film Elise (that's a Google cache page, as the original page and trailer have been taken offline) and his attempts to start an after-school sports program for children, but in my eyes none of this is really anything more than filling in news space while awaiting the release of more information.

While I am definitely interested in finding out more about this person as it might relate to the likelihood of him committing these very disturbing crimes, I know I'm in no position to judge this case based on his past habits of helping carry old lady's groceries home.

As a York student and long-time resident of the campus and area, I'm much more interested in how this fits into the context of the history of similar attacks and the problem of sexual assault that plagues campuses in general and seems particularly problematic at York. Can the successes seen in cracking this case be translated into methods of deterring similar attacks in future?

I've seen far too many cases of attacks in the past, and for the most part it has seemed as though our students are in the position of being sitting ducks, with rapists able to commit unspeakable crimes with relative impunity. Nothing seems to get beyond the release of painfully vague descriptions (man, six feet tall, baseball cap, possibly black or caucasian) and the best people can hope for is that the last attack won't be repeated on the decision of the rapist - frequently not the case.

In this case, the crimes were even worse than usual, the descriptions were once again totally useless, and the unusual nature of the tandem attacks suggested that there was a strong possibility of these two reoffending if it was clear they'd gotten away with it.

Rather abnormally, two weeks later this (alleged) soulless pervert scumbag is in police custody and that means the odds are good that his "buddy" will soon be as well. This is extremely relieving, considering last year's record: repeated rapes in the area of the Village townhomes just south of campus (seemingly by the same person) and a sexual assault later in the year on the northeast part of campus (a different attacker), with essentially no leads leading to no arrests.

Initially, the only significant response to the series of attacks in the Village came from students themselves, who began organizing escorts home and disseminating information through a Facebook group. While York focussed primarily on insisting that the barely-off-campus area, home to many students, was not their jurisdiction and was the exclusive concern of 31 Division, they did eventually expand the GoSafe free ride route.

After several attacks had occurred, the police released a composite drawing of a suspect, which served only to stir debate as many students complained that it was in many ways simply a generic drawing of a black man.

In those cases, the sense of the campus as a safe haven bubble which was not subject to the worst of the outside world was shattered and it seemed like little could be done about it beyond encouraging women to travel in groups and learn self-defense techniques. While I was as disappointed as most with York's response, knowing the area that the campus is located in, I know full well that an attempt by the administration to somehow ensure that no one off-campus would be victimized by the high crime rates of the surroundings would just be an exercise in futility and a demonstration of how little they could really do.

However, being someone who has spent plenty of time thinking about and discussing the continuing integration of security camera systems in public and semi-public spaces, I'd been quite aware of the location of all the cameras around the Vanier residence building. Unless the attackers were living in the same residence and didn't need to enter or leave the building to commit the attacks, there should've been no way for them to do it - except if the cameras that sit perched around the campus are, in fact, useless invasions of both our privacy and psychological sense of privacy.

The CCTV debate has come through blogTO before.

Those in favour, such as our Ryan Couldrey, argue that the notion of an invasion of privacy in a public space is nonsensical and seeking to protect it is protecting something that is non-existent to begin with.

Those against, such as the folks at Spacing, counter by saying the the cameras are poorly regulated, do not provide the returns they promise and an extrapolation on the trend of installing cameras leads us to a place where no space is able to be publicly-accessible without being government-controlled. 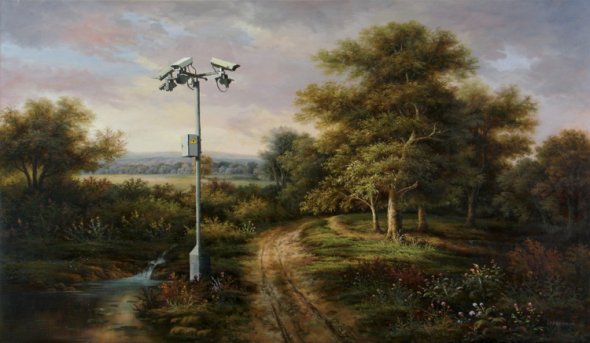 Up until now, I've placed myself in the second camp. Unsure what I was really giving up in terms of my privacy by being recorded going into a subway station or shopping mall, I nonetheless wasn't seeing anything particularly useful coming out of the presence of these cameras.

If they weren't doing us any good, then why were we subjecting ourselves to even the apparently minor invasion, along with the combined sense of false-security and distant paranoia any time an electric eye was pointed our way?

The key phrase being, "if they weren't doing us any good." Well, in this case they certainly didn't prevent these atrocious crimes, but they may very well have prevented these two from being involved in any future sexual assaults that don't involve much larger men and prison shower soap mishandling, and successful prosecution here may seriously dissuade any other twisted idiots from thinking they could pull off something similar.

Far less of a public space than Dundas Square, York's campus has always felt more like home to me than any of the other places I've resided, and so the fact that the cameras I previously regarded as pointless and creepy have actually managed to help the community fight back against such exploitation means a lot to me.

On a campus where security is widely known to have an official policy of being all bark and no bite, a campus that is populated by many moneyed and attractive students yet set in one of the city's hardest and most cutthroat ghettos, our student body has long since gotten horribly used to the idea that we are not and cannot expect to be safe here.

The fact that these cameras have done what nothing else has seemed able to do - to actually bring increased safety to one of the places I love most - has left me with a lot more respect for their potential and a lot more open to the idea of their installation and use.

What do you think? Am I giving up freedoms for a sense of security? Is this an example of what Naomi Klein has called The Shock Doctrine in action, with controls being imposed under the pretense of offering protection? Do these creepy cameras actually manage to serve the purpose they're purportedly installed for? And would Steve Mann-style distributed sousveillance be a better approach than institution-controlled surveillance?