John Tory was back-paddling on remarks he made about public funding of faith-based schools. Under proposed funding models, creation can be taught outside of science classes, but the Ontario curriculum must also be followed, which means that teaching about evolution must also be a mandate. Cool. If we're lucky, Ontario could soon have its very own monkey trial.

The TTC will be spending $6.4million to beef up security. They'll be adding security cameras to all major subway station entrances (in addition to the plan to equip all vehicles and platforms with cameras).

City Councillor Michael Walker claims that budget and service cuts made by city hall are illegal unless approved by council, and has been seeking legal advice on the matter. According to Walker, Mayor Miller and City Manager Shirley Hoy don't have the authority to make such decisions.

If you need surgery and can't wait in line in Ontario's slow public health care system, should you be able to hop over into the US and pay for the surgery, then return to Ontario and file a lawsuit against Ontario?

Today's Crossroad Puzzle and poll after the jump...
.
. 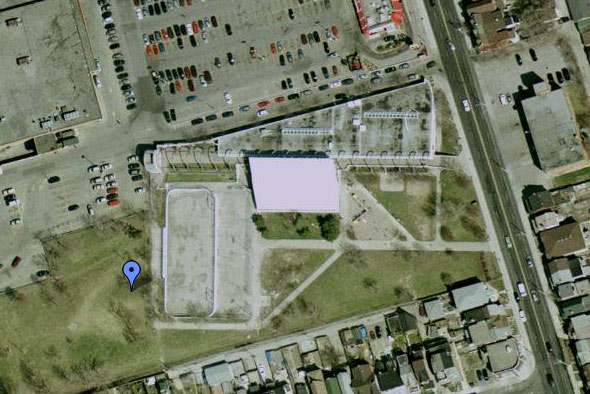 Recognize this part of the city? Post your answer in the comments, and check for the answer iN
tomorrow's blogTO Morning Brew.