Photo: "Out of Sight, Out of Mind " by Hamilton photoblogger watchThisspace.

A couple of dangerous men are off the streets this morning. The mental health patient that wandered off at the Jays outing has been found, and there has been an arrest in the TTC subway murder case.

At 2pm today, you're urged to stop what you're doing, get outside, and participate in a city-wide litter clean-up dubbed "20-minute Makeover". It also being 4/20, at 4:20pm today some people may choose to take a different kind of break.

The blazing of the grass will start a little earlier in Oakville today. Watch for smoke to rise in the west end of the city this morning, during the controlled burning of vegetation at an Oakville park.

"Fanatics" attacked a journalist in his car in Mississauga, smashing his windows and beating him with cricket bats. Apparently the attackers are angered by the writer's mocking of a religious cleric and want his to stop making defamatory remakes in his writings.

An Ontario pathologist may have been incorrect in his autopsy findings that 20 child deaths between 1991 and 2002 were homicides or suspicious. Defence and Crown attorneys will be busy trying to figure this all out, and lawsuits are likely to follow. 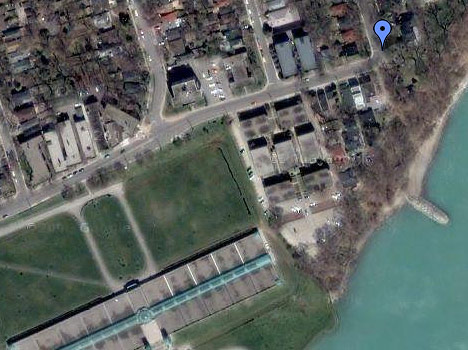 Answer to yesterday's puzzle:
The intersection of Queen/Queensway & King/Roncesvalles (near the TTC streetcar station)