Citynews is reporting that an Enbridge Gas worker has been seriously injured when a house exploded earlier today on Harper Avenue. He'd been working on the house's gas system for the past two days. Emergency crews are saying it looks like a natural gas explosion and that two more houses have been damaged by the blast and subsequent smoke.

Not the best way to start Valentine's Day. Stay tuned for more news later on today as it comes. News and new pictures after the jump.

2nd Update: Citynews is now reporting that police are looking for the missing owner of the house, believed to have been killed in the explosion. 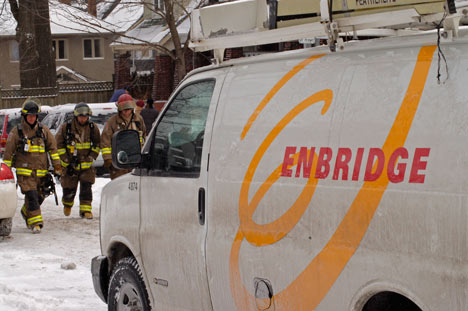 It seems that unlike some people speculated, nothing too seedy was going on. An accident happened while a gas technician was, well, working with gas. By the time I got there, the fire fighters from most of the at least 15 trucks were starting pack up. It seems things were brought under control pretty quickly.

Neighbors are being thanked for saving the life of the Enbridge Gas technician. While unconfirmed, It seems that there may have been a resident inside the house at the time. Firefighters have yet to find a body, if there is one to be found. More on that at The Star.

Photos courtesy of my camera 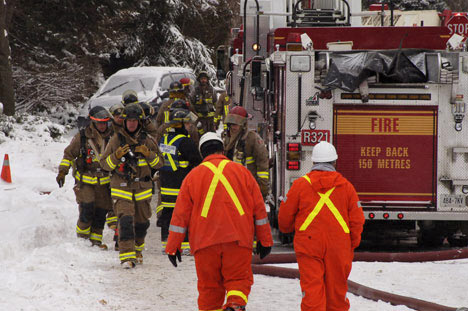