White Squirrel in Rosedale marks the West Queen West cafe's first foray into a new part of town. Given their quintessential status as Trinity-Bellwoods' favourite cafe, you might have expected them to pick another scrappy, artsy neighbourhood - say, Leslieville or Dundas West - for the next member of the White Squirrel family, instead of a location facing some tony design stores on Yonge.

You might not have also expected them to team up with Freshii to host that new location inside the healthy lunch takeout chain's newest, swankiest franchise. But that's exactly what happened; according to owner David Ginsberg, one of Freshii's in-house nutritionists is a regular at the Queen St. location, and asked White Squirrel to team up with them for the new location. 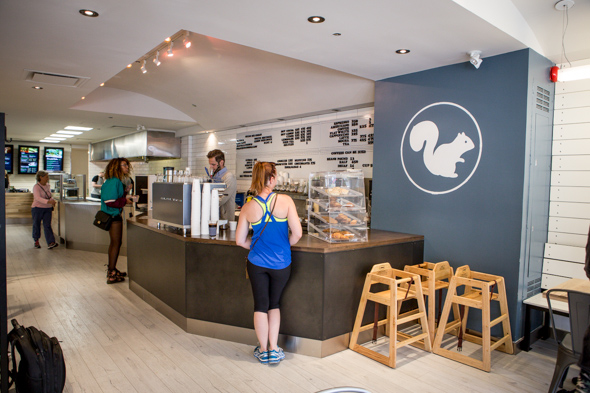 As it turns out, that location is also positioned in front of the new Freshii head offices. Perhaps team Freshii didn't have entirely altruistic motives for bringing the brew up to Rosedale? "I think that's a lot of it," Ginsberg laughs. "We do do a steady Freshii corporate staff business." 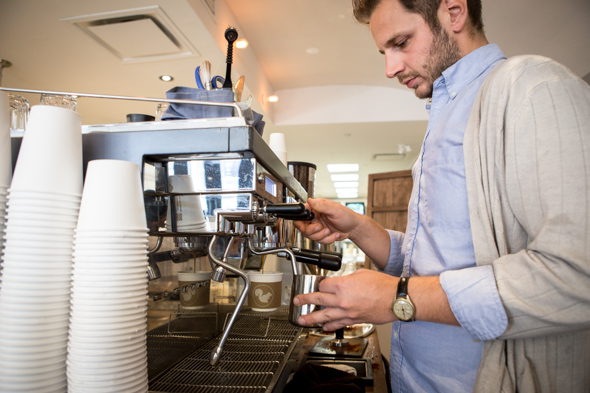 Aside from the Freshii branding, the lunch counter at the back and the rows of gleaming, patio-style furniture kitting out the space, it's still the same old White Squirrel - same Mountain View Estates espresso, same freezer of Greg's Ice Cream, same blue Elektra espresso machine, even the same menu sign with the removeable letters. 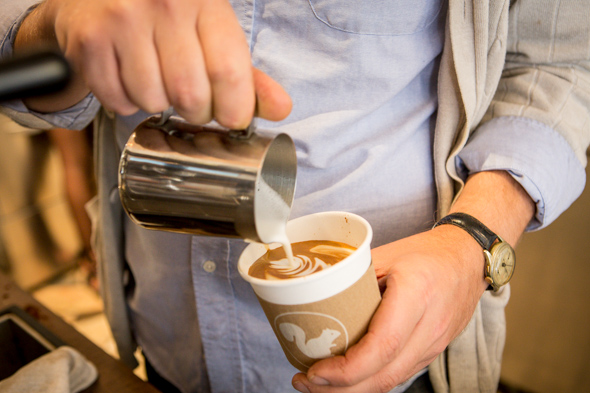 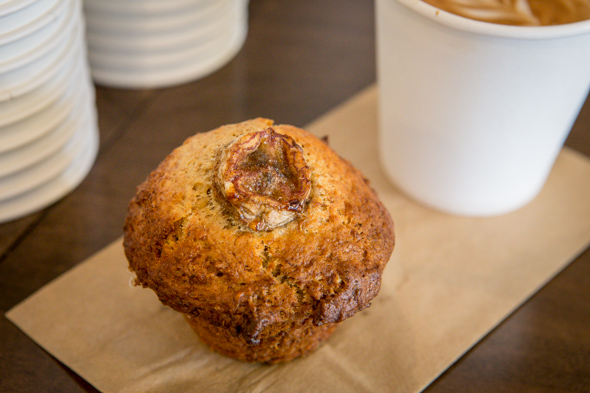 That's on top of the same roster of housemade baked goods, including muffins, brownies, cookies, and their signature breakfast empanadas, all of which are either made on Queen and brought up to the Rosedale store or partially assembled at the original store and baked in-house. 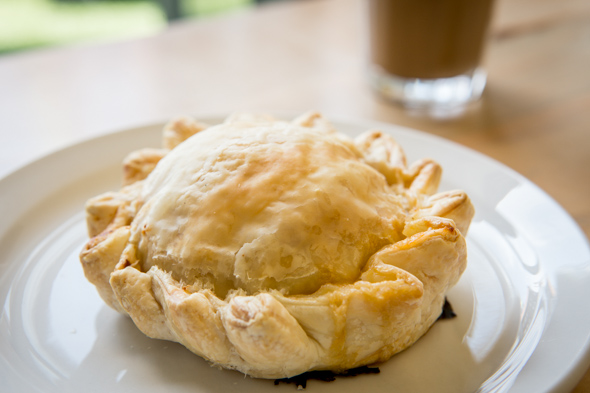 I give the breakfast empanada, ($4) an in-house creation, a first-ever taste test; it's a tasty, baseball-sized lump of eggs, sausage meat and a little cheese wrapped in chewy baked dough. If you're looking for a surefire way to go from "growling stomach" to "mega full" in three and a half minutes, this'll be good for what ails you. 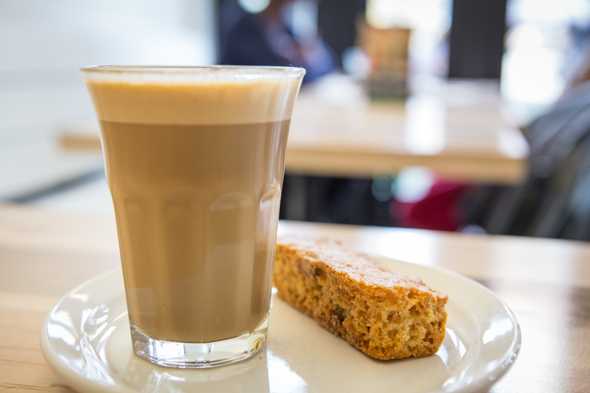 I ask if they're finding the new Rosedale surroundings an adjustment. "I would say the clientele is super different between the two," Ginsberg says, adding their tastes are surprisingly unique. ("They're as nice as they are on Queen Street," he adds.) Apparently, half of the drinks sold on Queen are americanos; in Rosedale, that's only 10% of business, but they sell far more drip coffee and skim milk. (Go figure.) 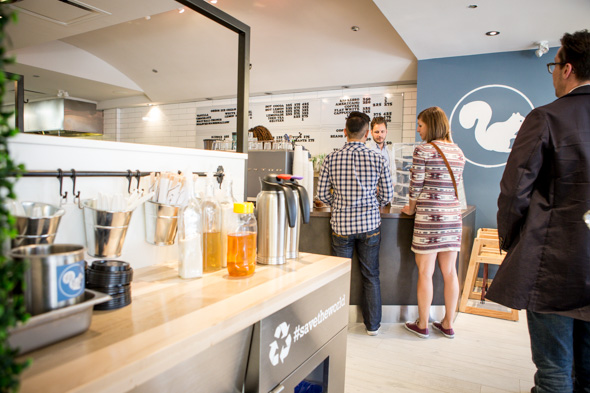 Since opening a month and a half ago, they've been mostly focused on getting settled in, but there could be some nifty partnerships between White Squirrel and their storemates in the future, including selling items from one shop at the other counter, or selling a latte as part of a meal combo. (I'm sure at least a few locals are hoping they make use of Freshii's bike delivery service.) 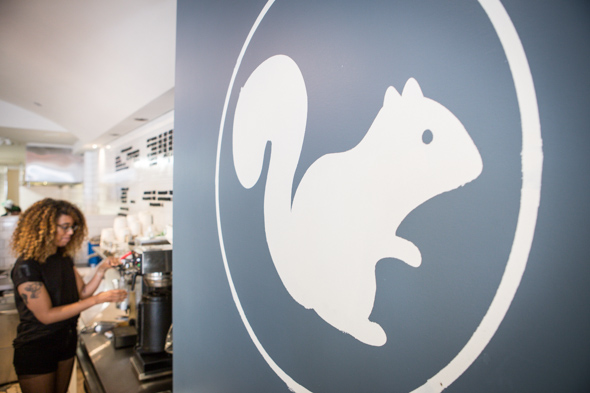 Right now, Ginsberg's goal is to start swaying Rosedale residents away from their default coffee options. "We kind of like our proximity across the street from a Starbucks, cause I think a lot of people go to Starbucks because it's there, rather than go elsewhere. So I think that's a good space for us." 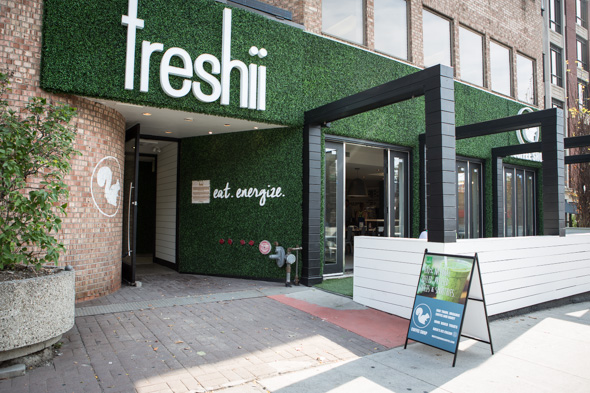