Chaiiwala is open for takeout, delivery and dine-in. Only six people are allowed inside at a time. Masks are mandatory and hand sanitizer is at the counter.

Chaiiwala Toronto is a cafe chain from the United Kingdom, wildly popular across the pond for its Indian-style breakfast and chai made from an old family recipe.

The first shop opened in 2015 in Leicester, England before the brand was franchised, growing to over 40 locations across the UK. The Eglinton Town Centre houses the first location in Toronto – and Canada, with just one other Canadian outpost in Abbotsford, B.C.

Toronto's spot for the famous chai is a much smaller space than the two-storey dining room found out west, with just three tables and a front pickup counter. 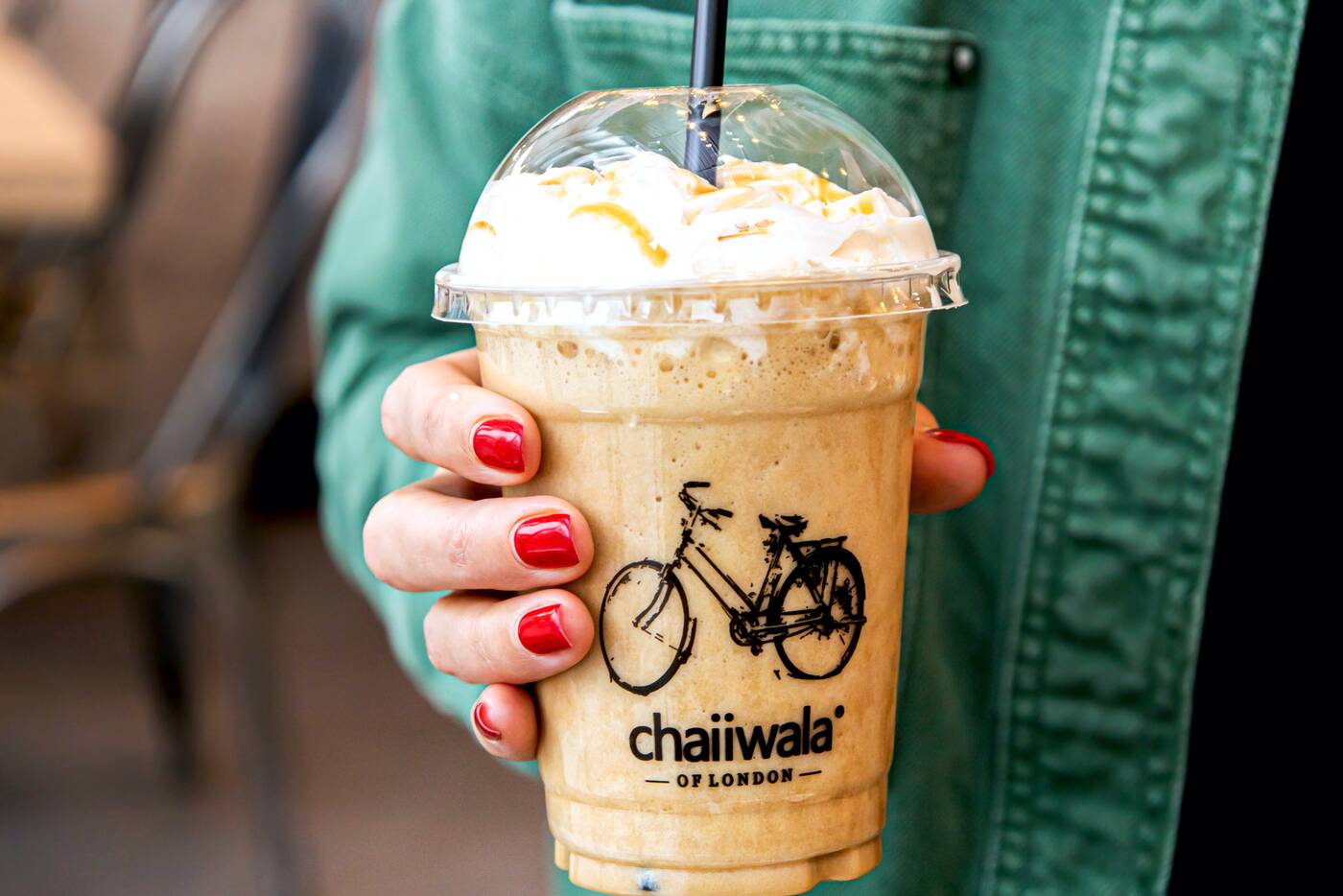 Karak chai is the Chaiiwala specialty whether served as a standard strong brewed tea or as a frappe ($5.20). The recipe was passed down from the founders' great grandfather who opened his own chai shop in Delhi to help put his kids through school back in 1927.

The deliciously flavourful chai is hand-stirred with spices and continually brewed throughout the day, so rest assured it'll be fresh. 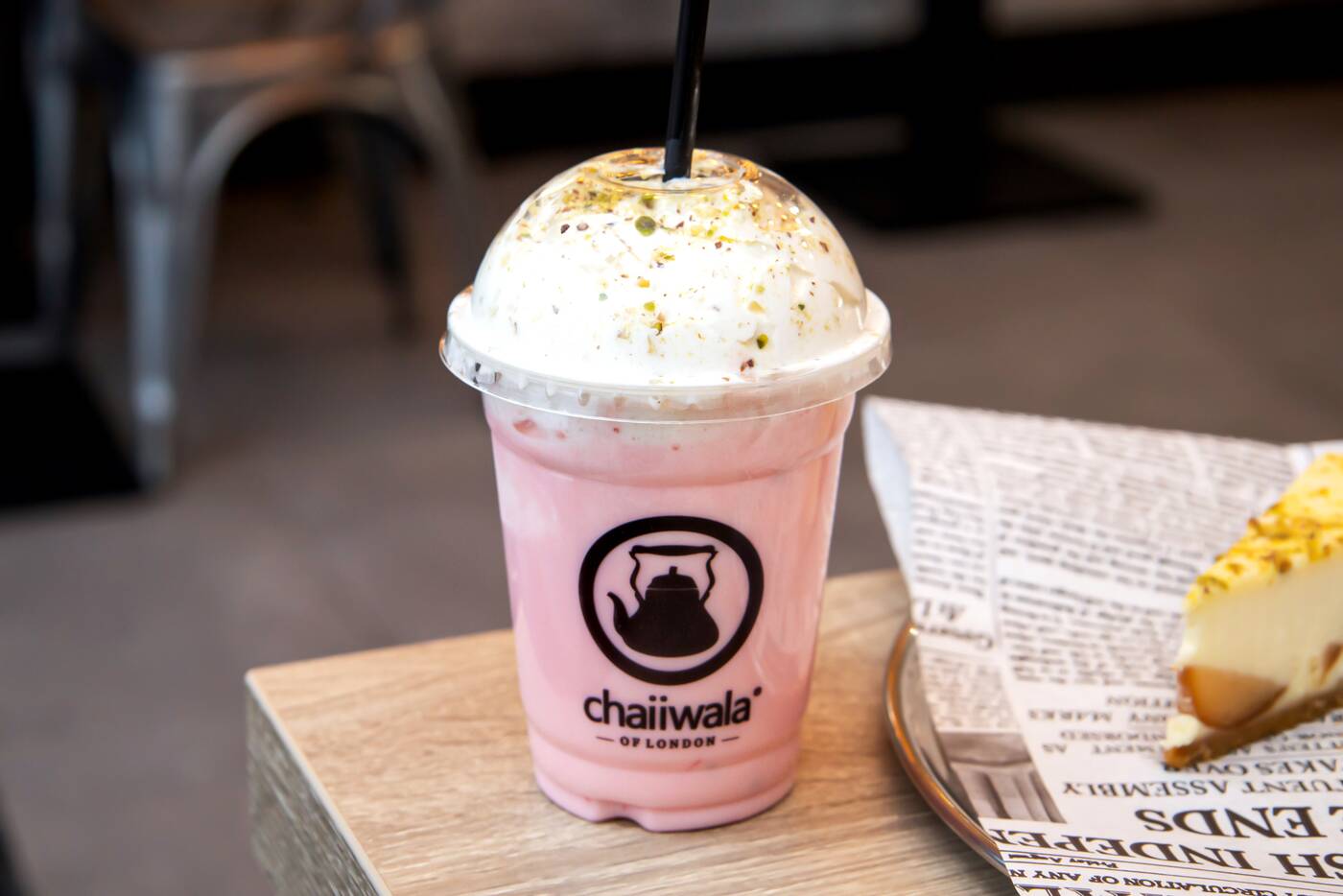 Just as much a dessert as a cold drink, ice cream-based falooda is another option, infused with your choice of rose or mango. 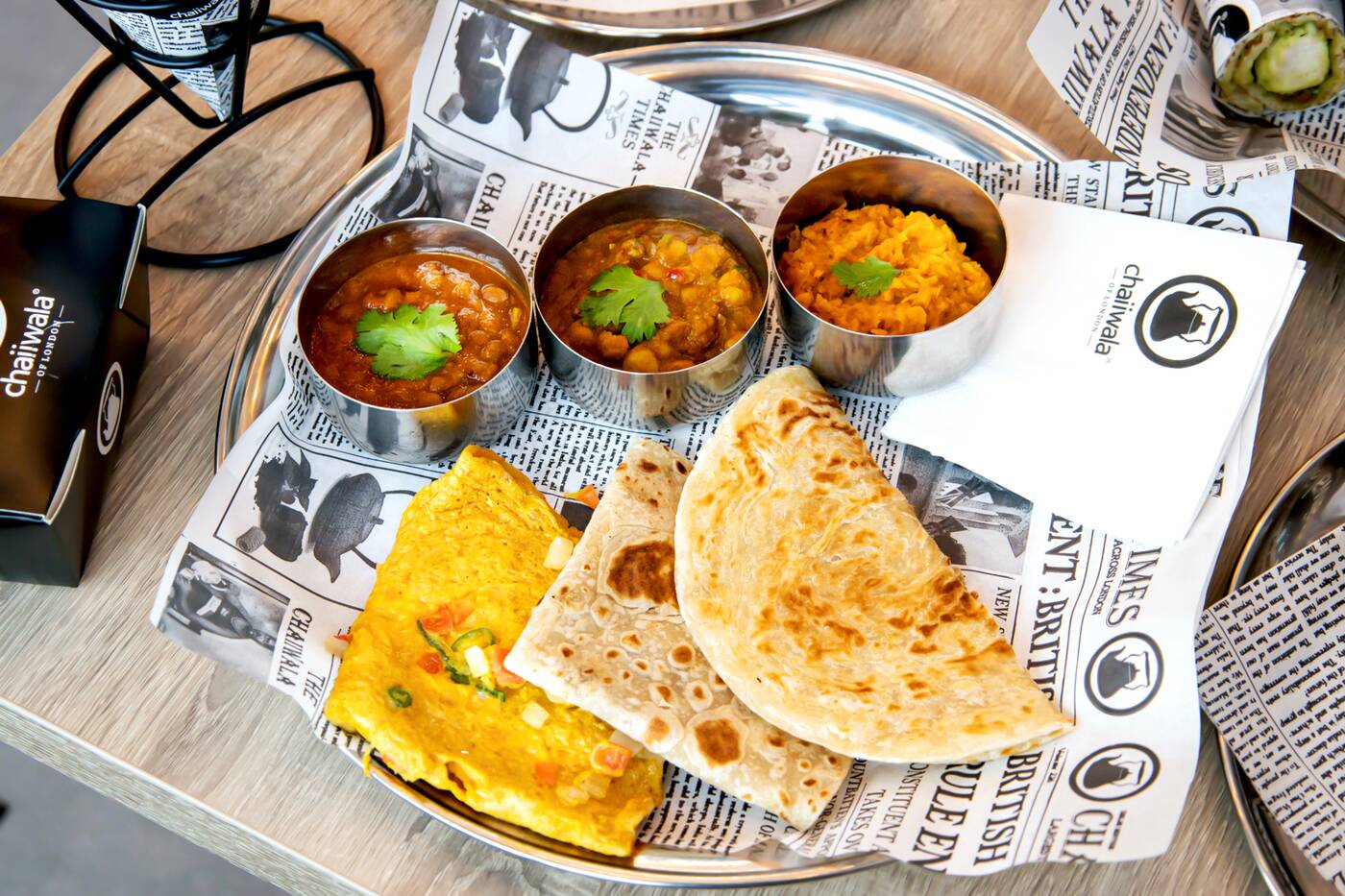 Indian-style breakfast plates are available all day long and come on a copy of a fake newspaper, The Chaiiwala Times that always features a few articles on the partition. 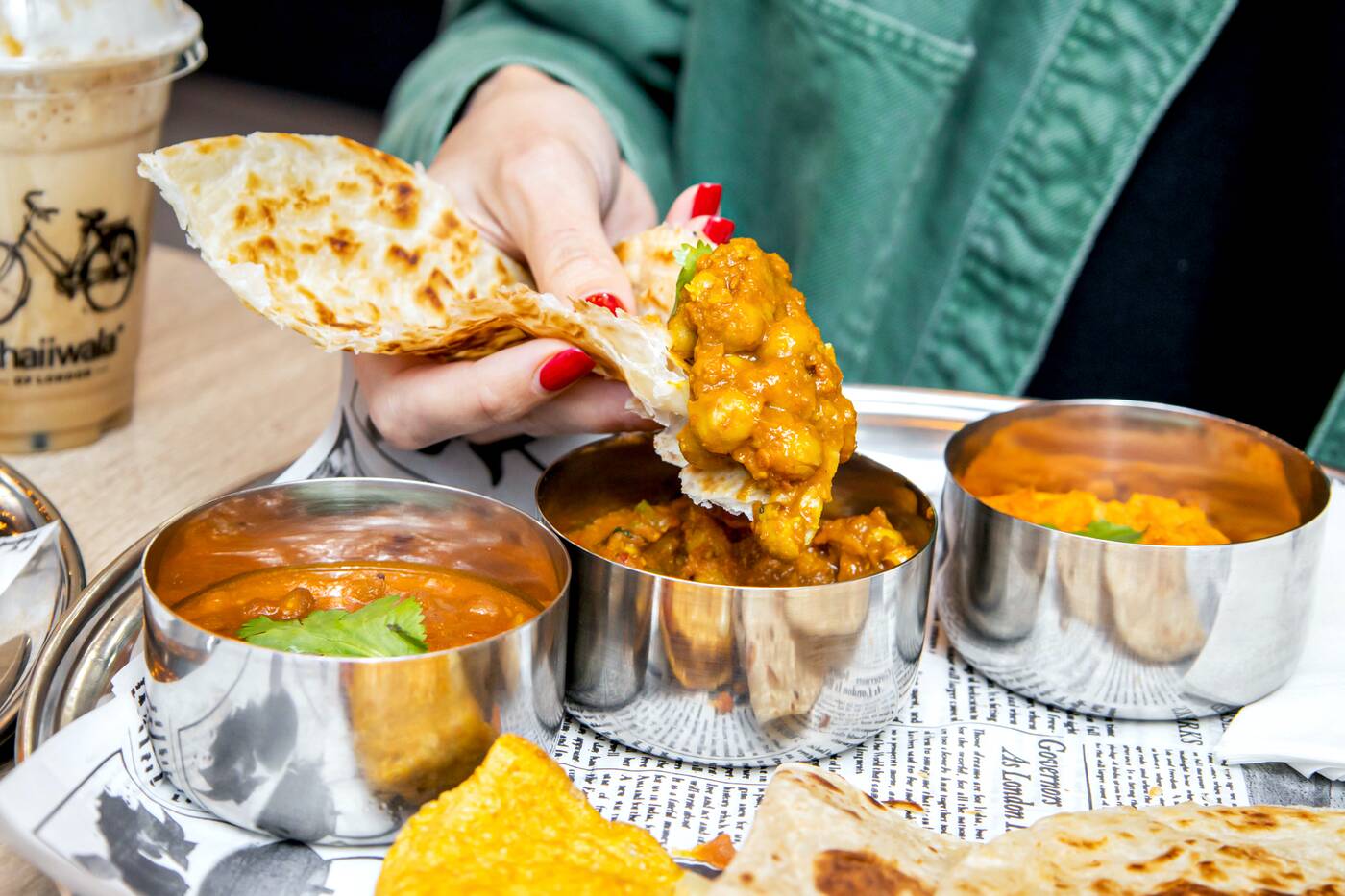 Desi breakfast ($13) is paired with a cup of strong chai and gets a masala omelette, roti and a choice of side between daal or spicy beans, a spin on the British classic: baked beans. 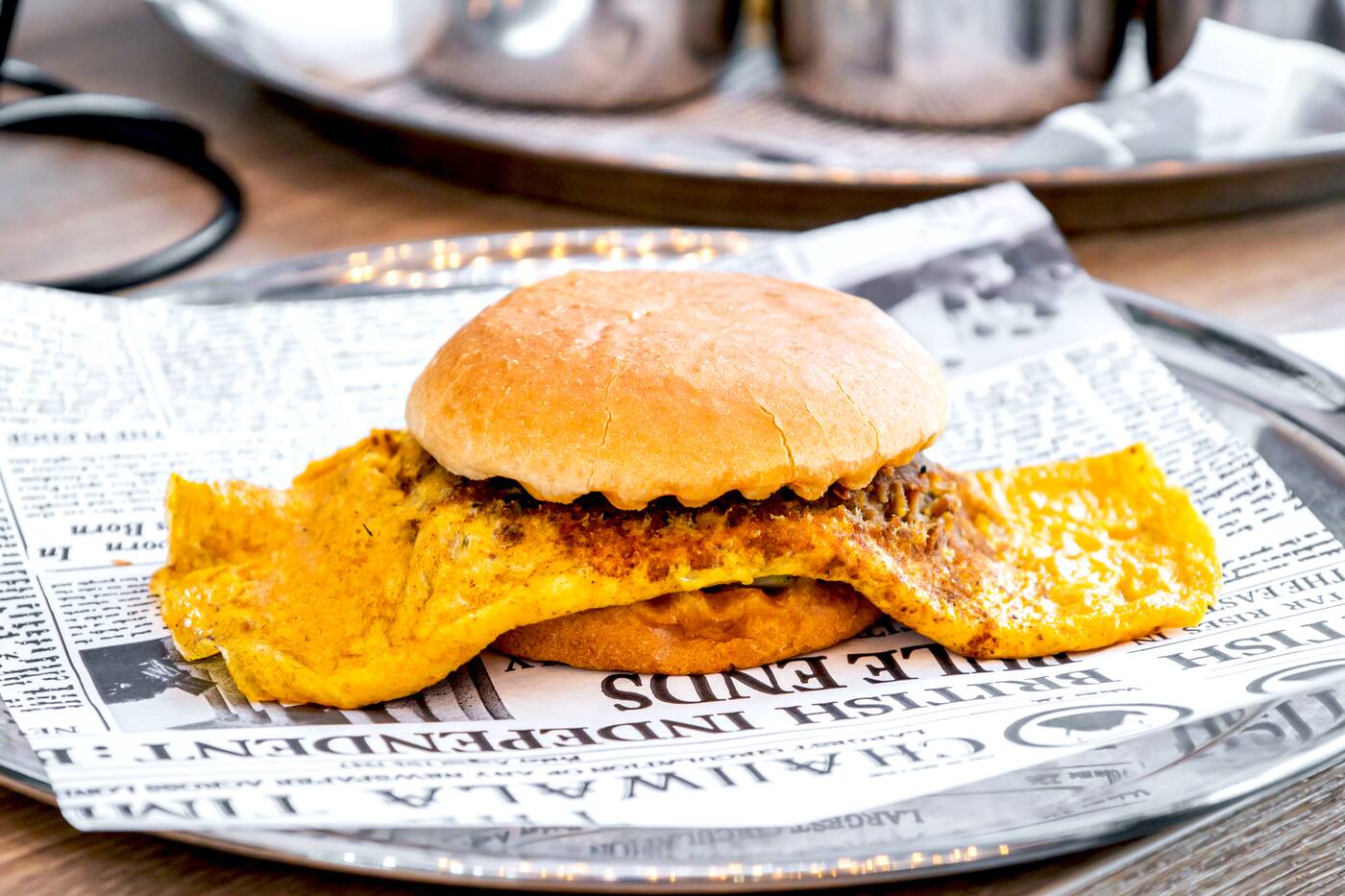 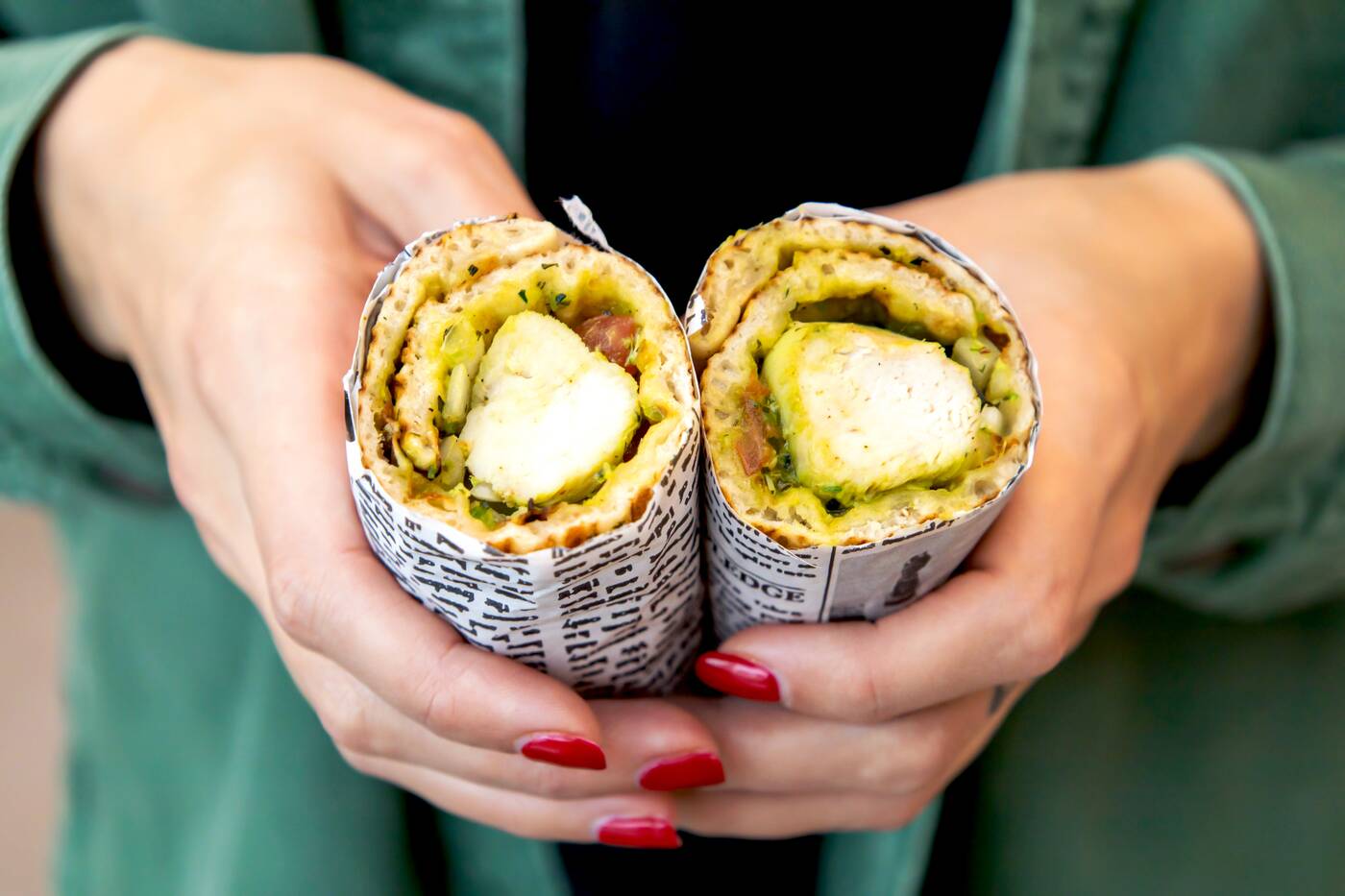 The same sweet-tasting, housemade mango chutney generously covers grilled chicken marinated in yogurt and cream, onions and tomatoes when it comes to malai boti ($7.80) wrapped in garlic and coriander naan. 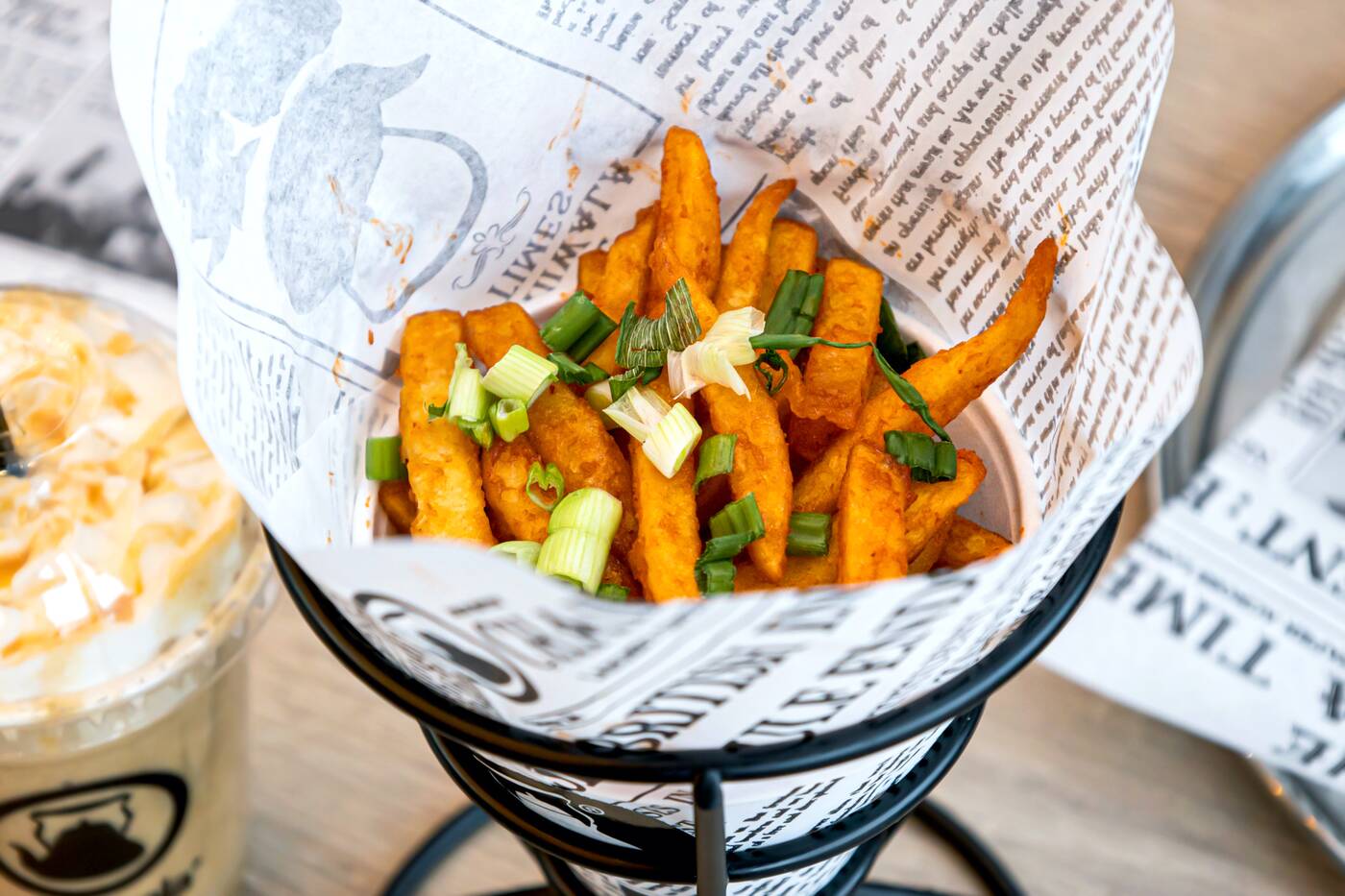 Other street foods consist of addictive masala fries ($7.15) smeared in a sweet and spicy tomato sauce and thick mogo chips, cassava tossed in chili powder with a smokey dip. 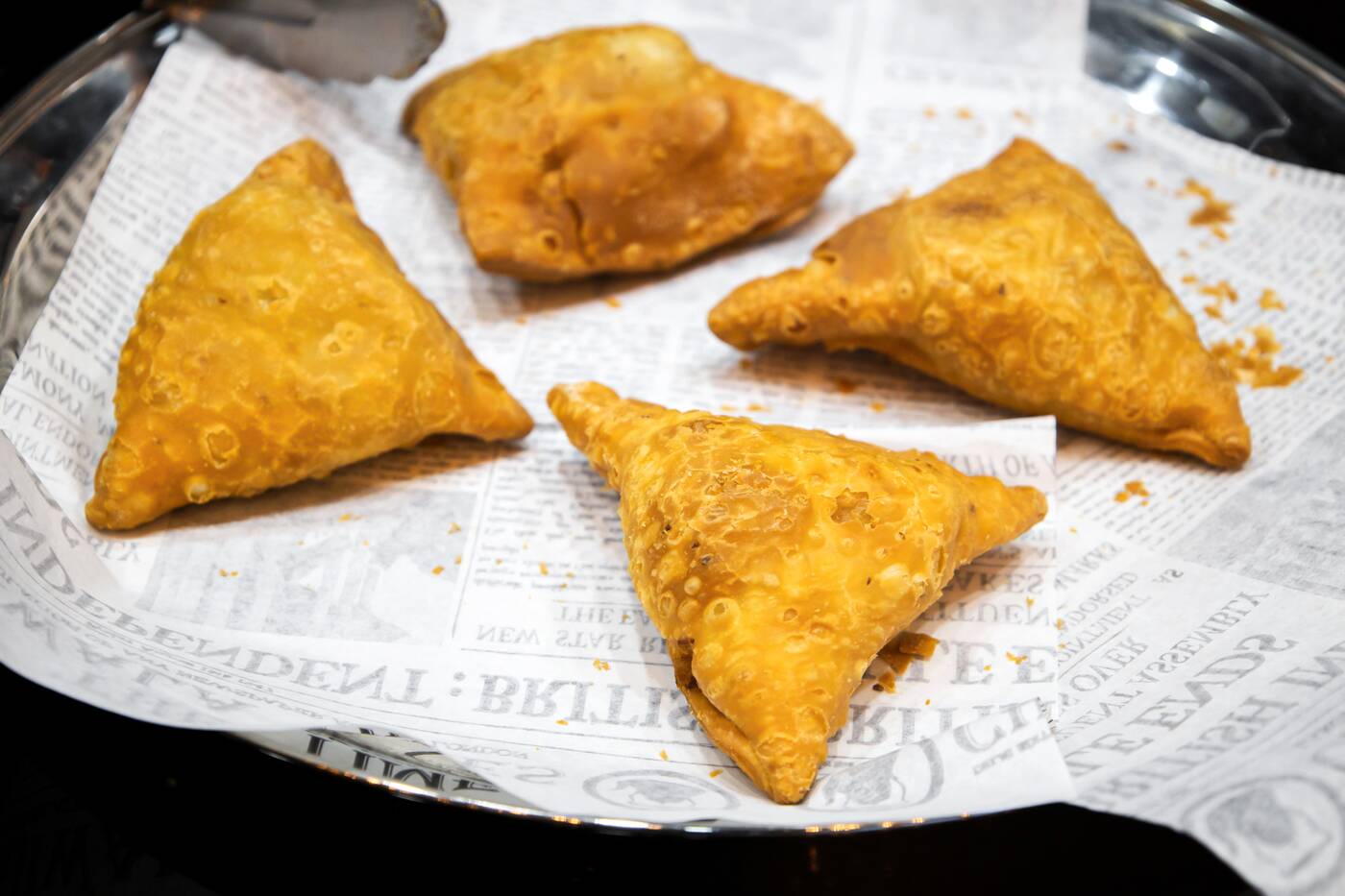 Besides samosa chaat and Punjabi samosas filled with veggies, there are fried apple pie samosas for dessert ($6.50), which are best served warm on the side of vanilla ice cream. 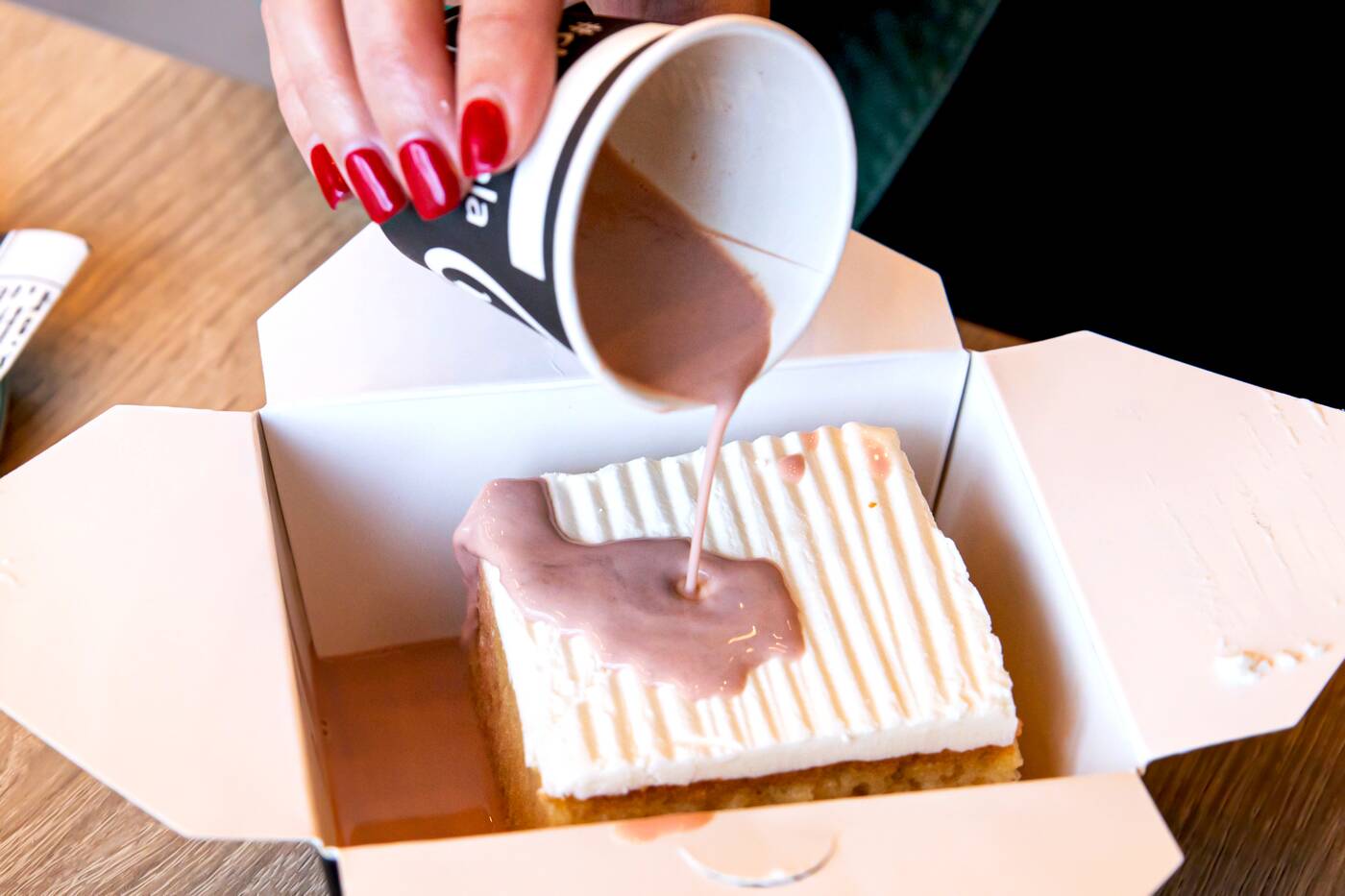 There's also plenty else for dessert like pink chai cake ($8.45). A slice of vanilla sponge cake with buttercream icing is served with a cup of Kashmiri milk tea. The tea with a dusty pink colour is meant to be poured over and absorbed by the cake before eating. 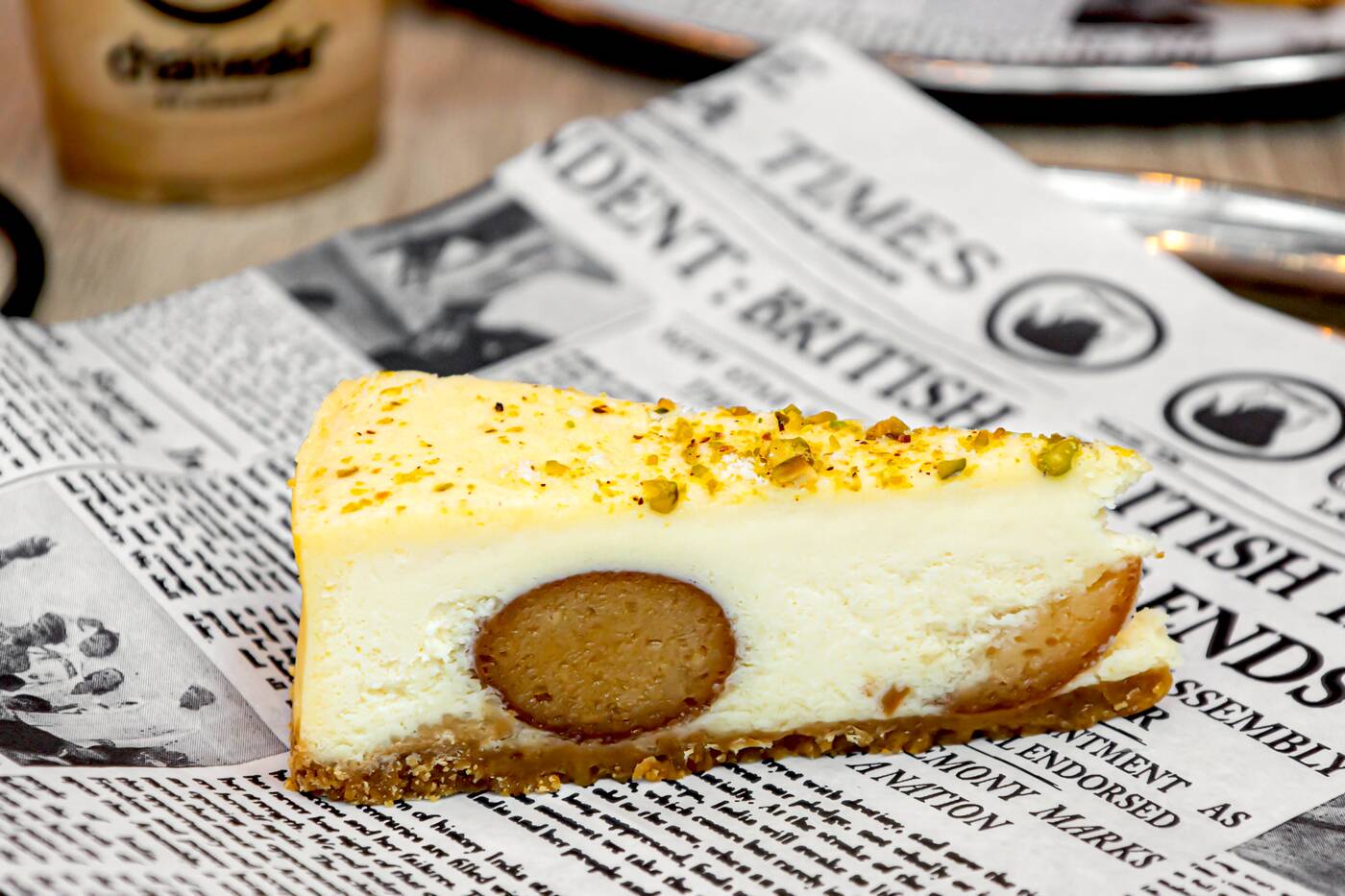 Gulab Jamun cheesecake ($8.45) has big chunks of the tasty Indian sweet amid a classic cheesecake, sprinkled with crushed pistachios. 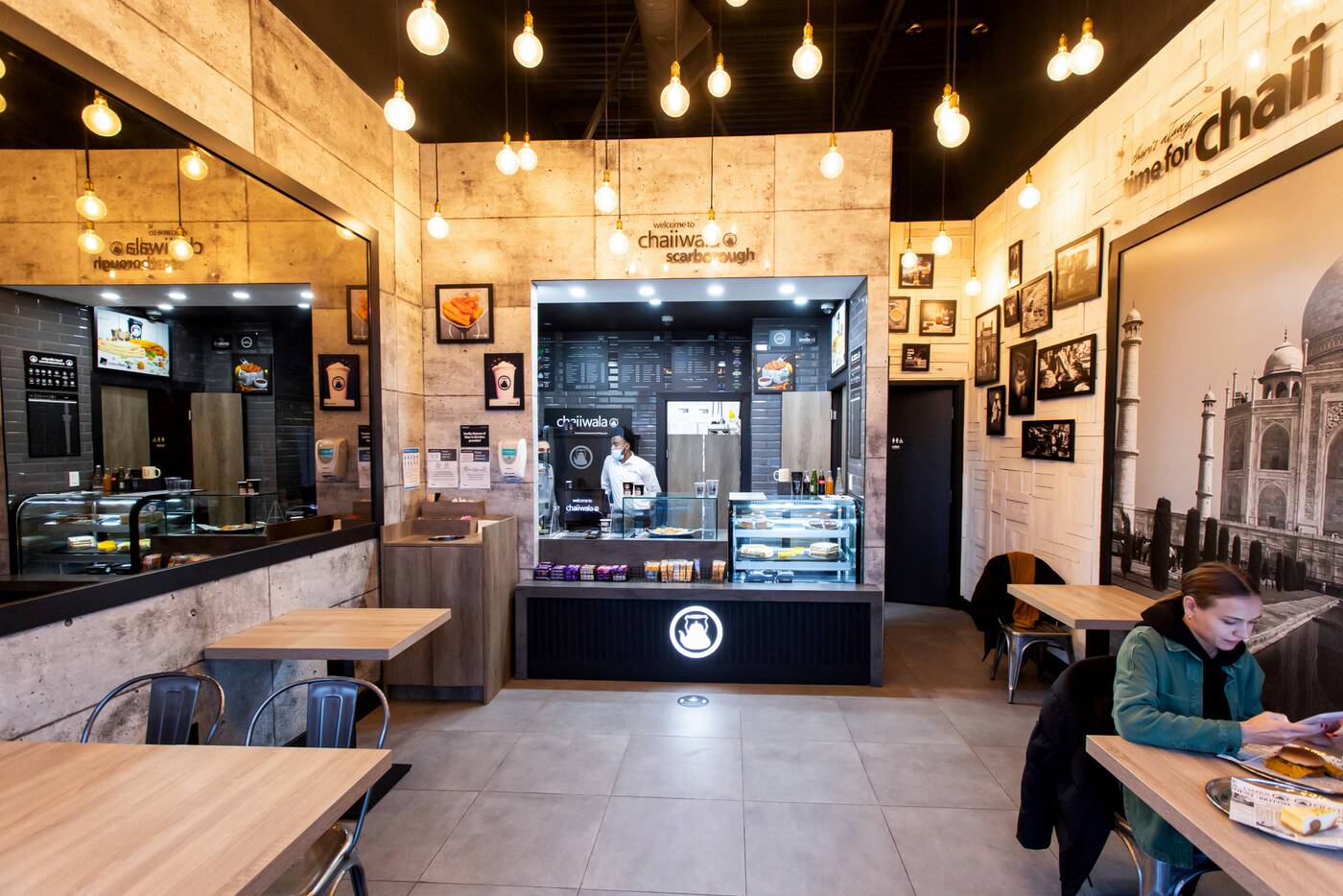 Chaiiwala plans to expand across Canada as quickly as it did the UK – several other locations are already in the works in Toronto and the GTA and even more might start popping up in other major cities, too. 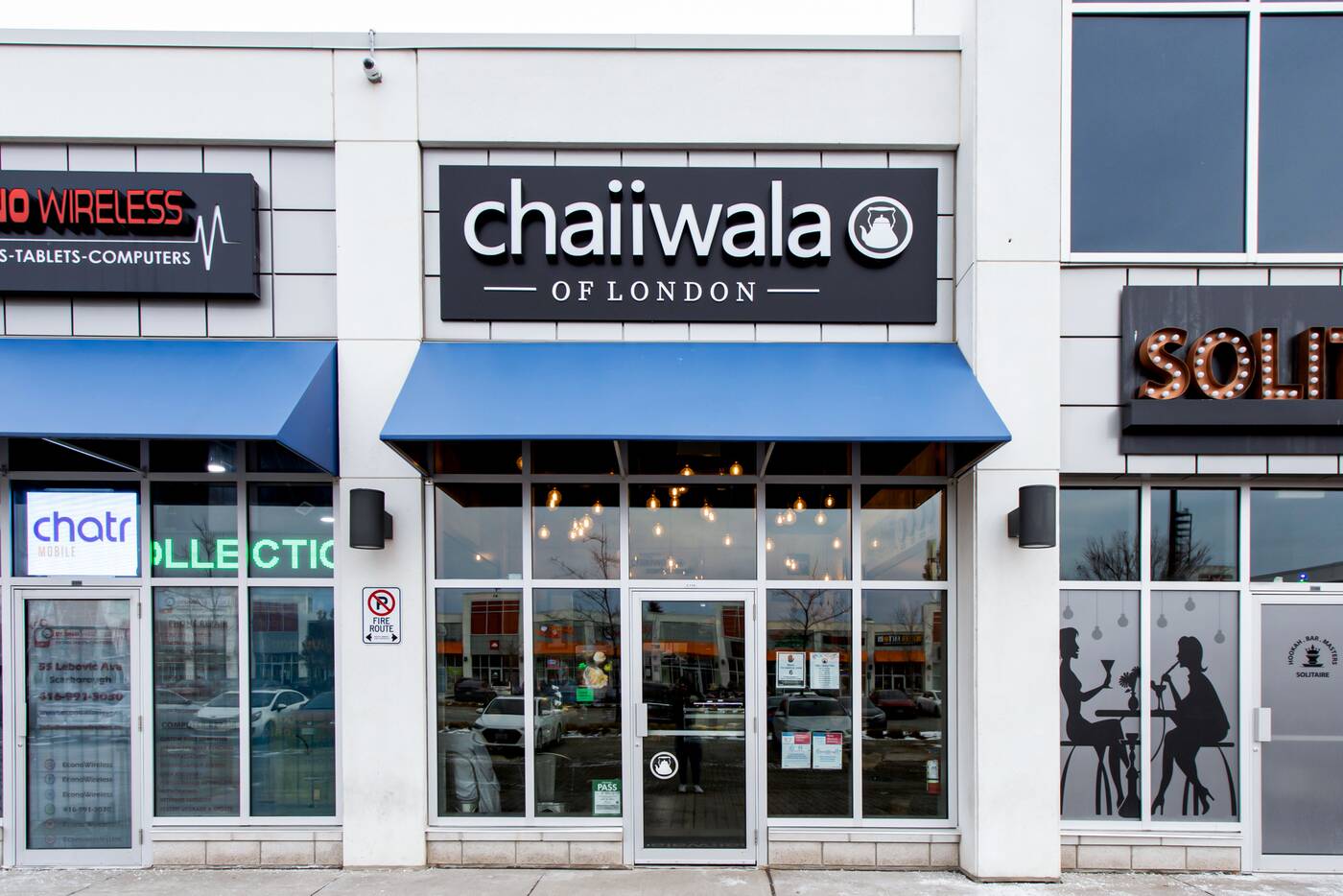