Tsujiri is a Japanese brand famed for their matcha soft serve and named for the place the tea is imported from with multiple locations including another near Dundas and University.

This is the first one to feature a sit down area serving savoury matcha soba noodle dishes, never before seen outside Japan. 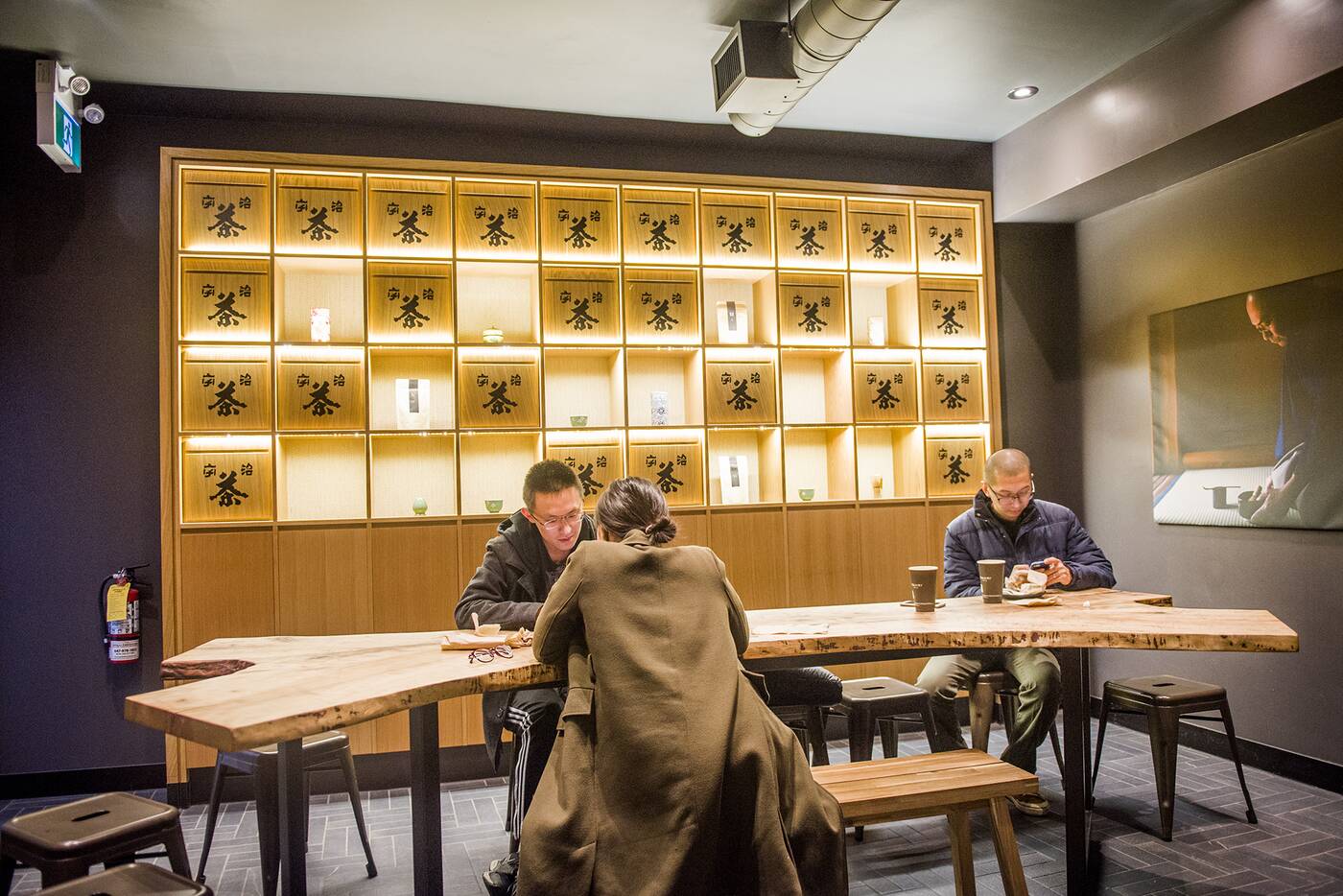 These items are only served on the second floor of this cafe. Design of this space by Bennett Lo was directly inspired by Japanese cafes, very minimalist, calm and peaceful with lots of light wood. 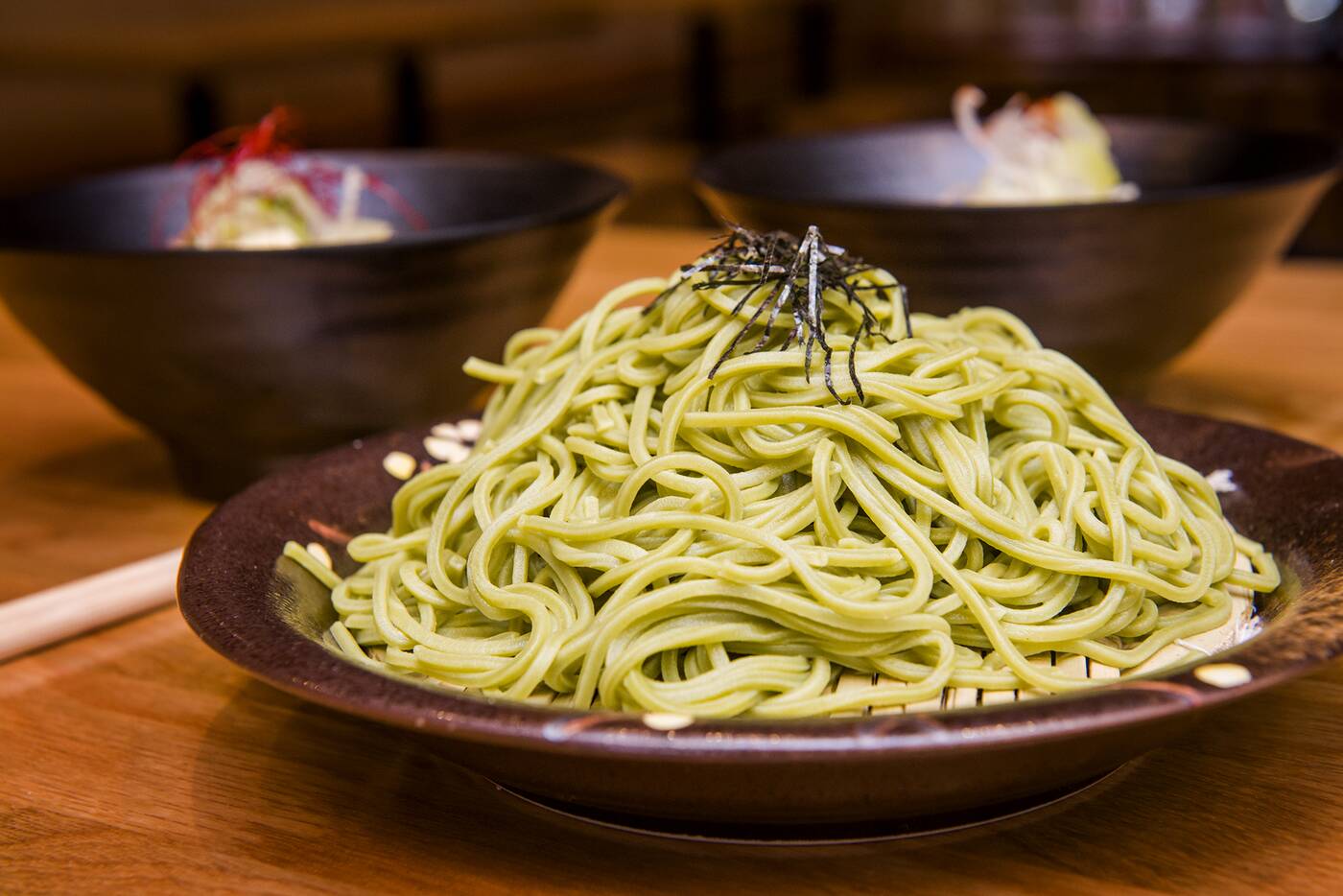 The noodles themselves, imported from Japan, are actually relatively plain despite their bright green colour, just a bit of the roasty tea flavour coming through from the matcha. 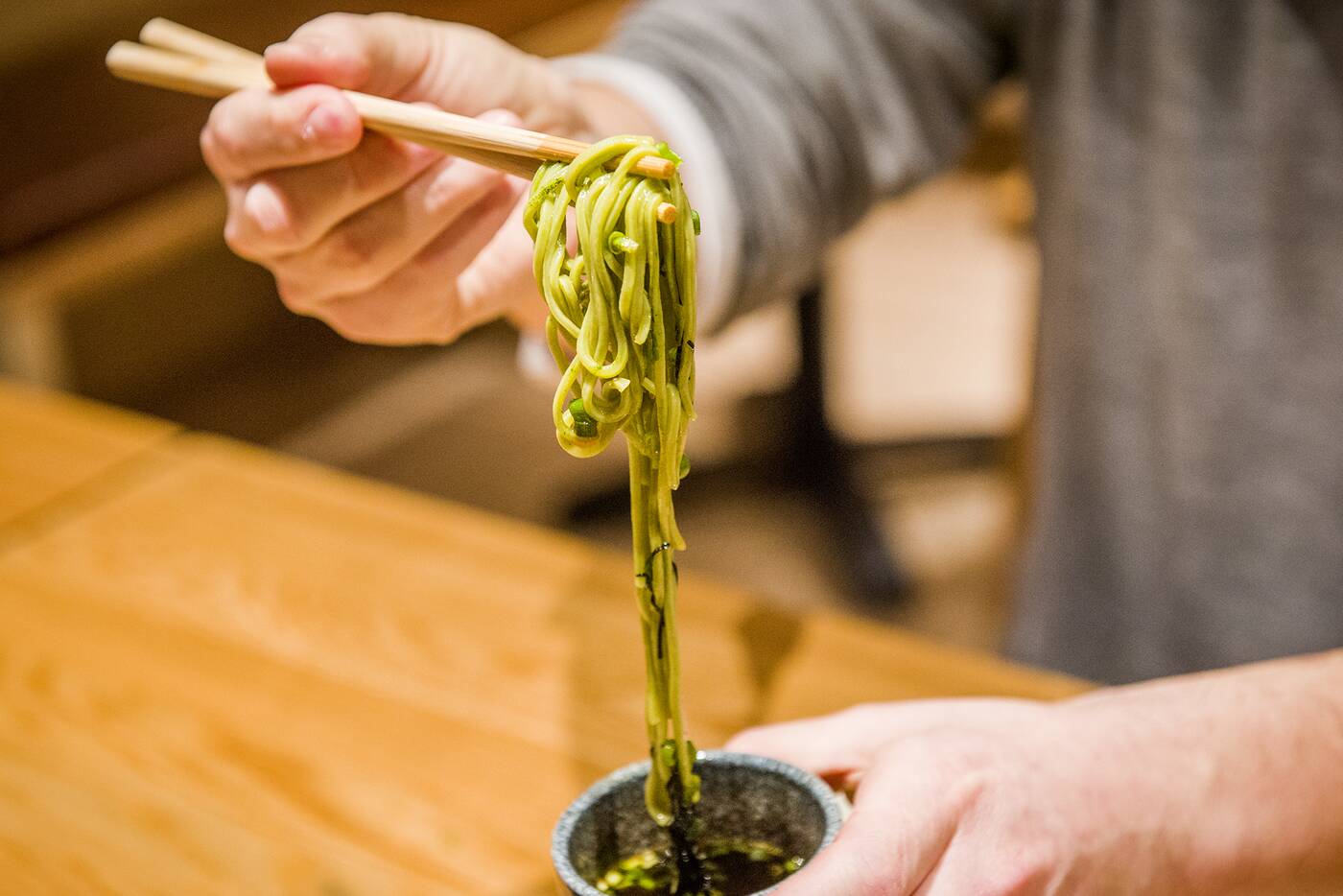 They get most of their flavour from dipping in sauces, most traditionally soy, in imitation of Japanese tsukemen-style ramen (“tsukemen” basically translates to “dipping ramen”).

Take a mouthful of noodles in chopsticks, dip in the sauce picking up any veggies or meat along the way, and eat! 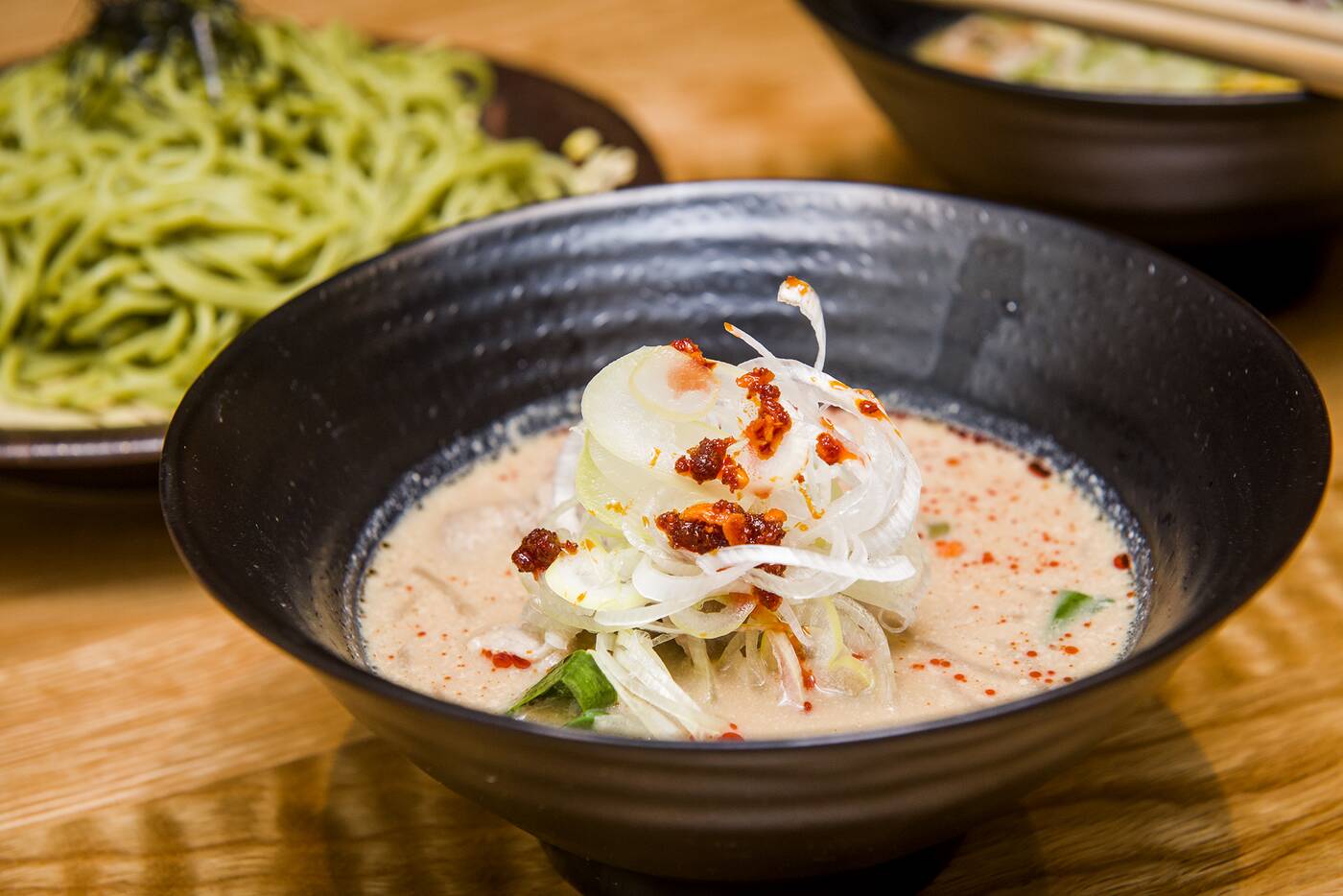 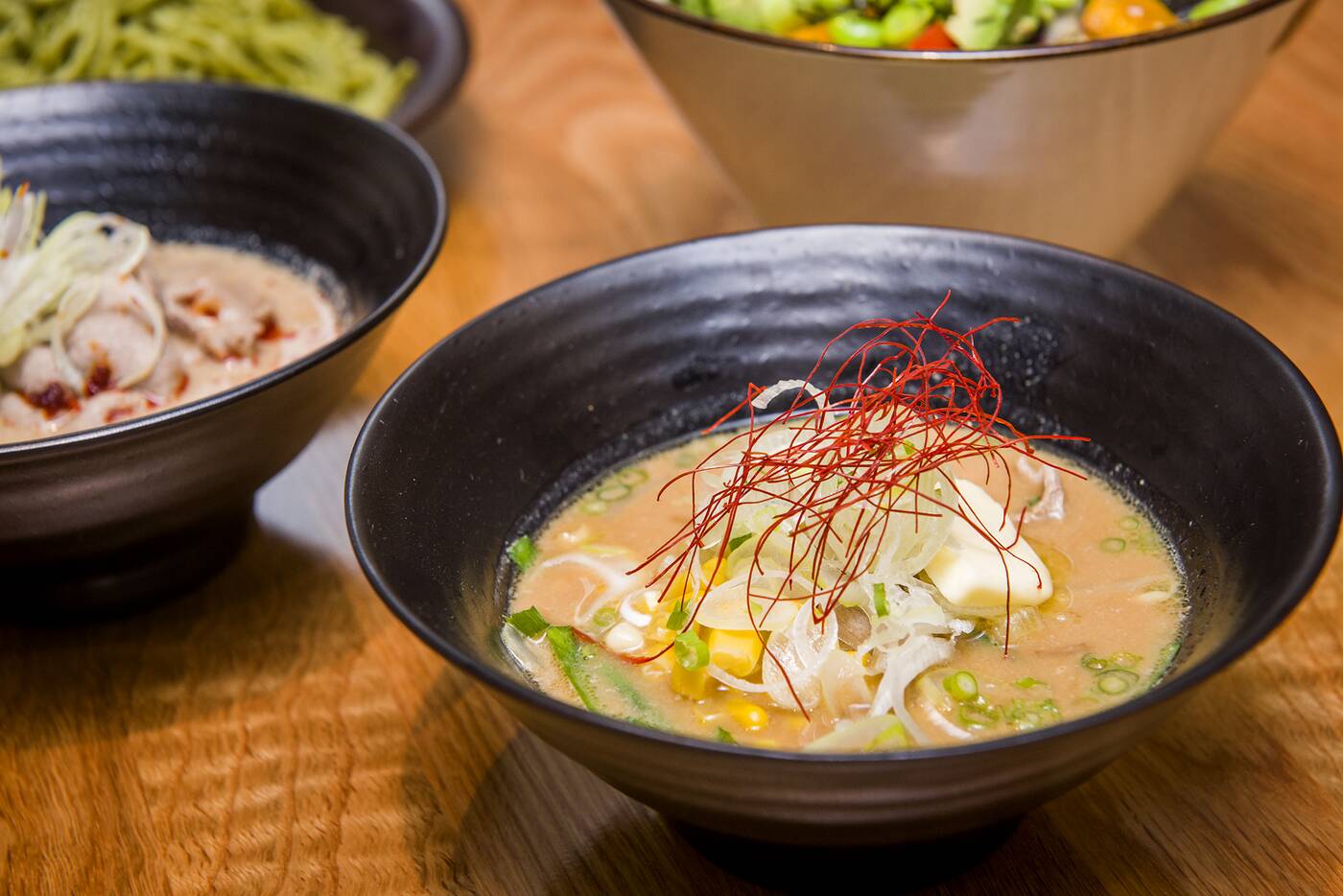 Miso Tsuke Soba Sapporo Style ($12.50) has a slightly lighter miso broth, but it’s given richness with butter and sweet corn, so named because these toppings are most popular in Sapporo. 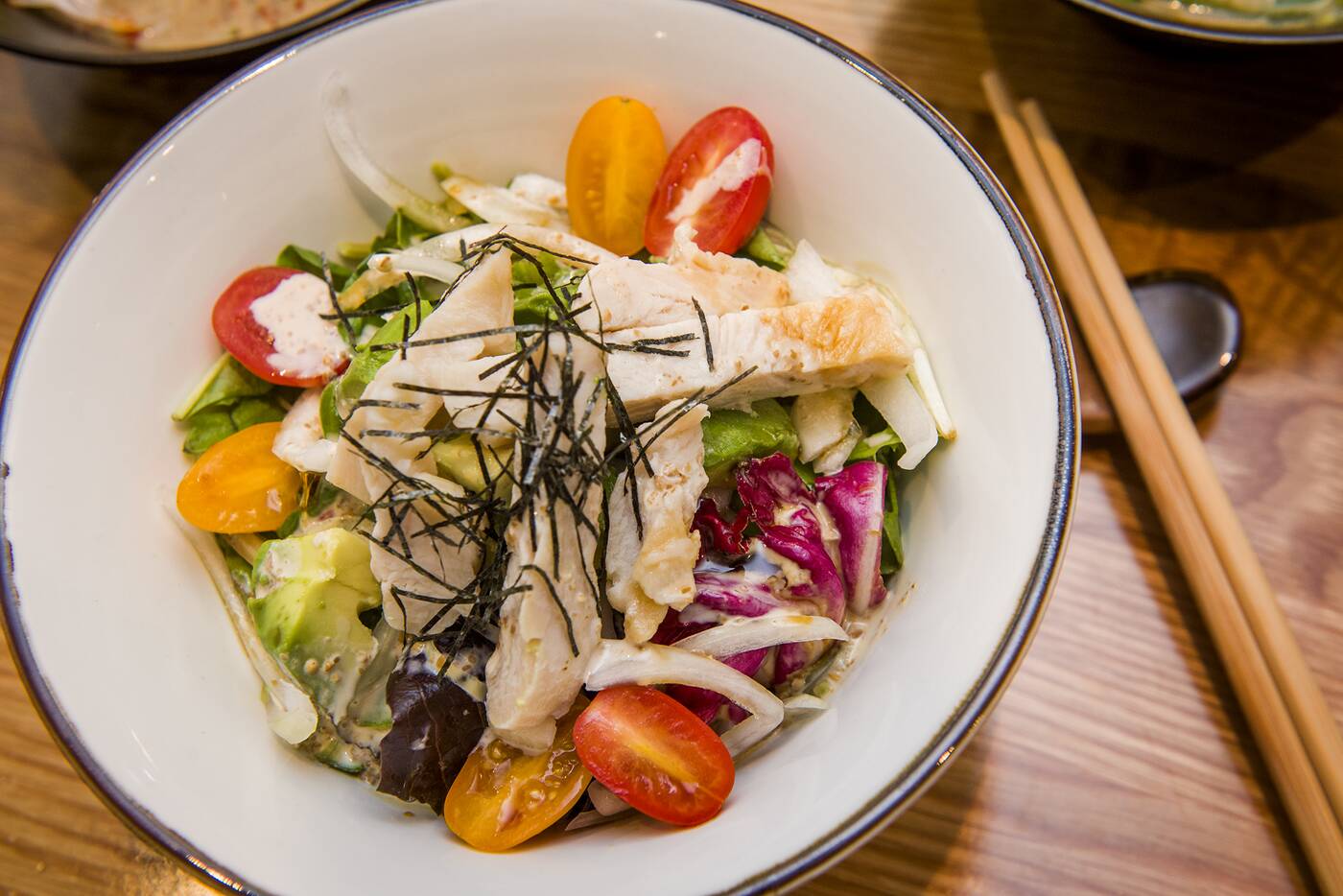 For this chicken version you also get a choice of mustard and soy, vinegar and soy, or the creamy sesame sauce we went with, which added a lot of moisture and flavour. 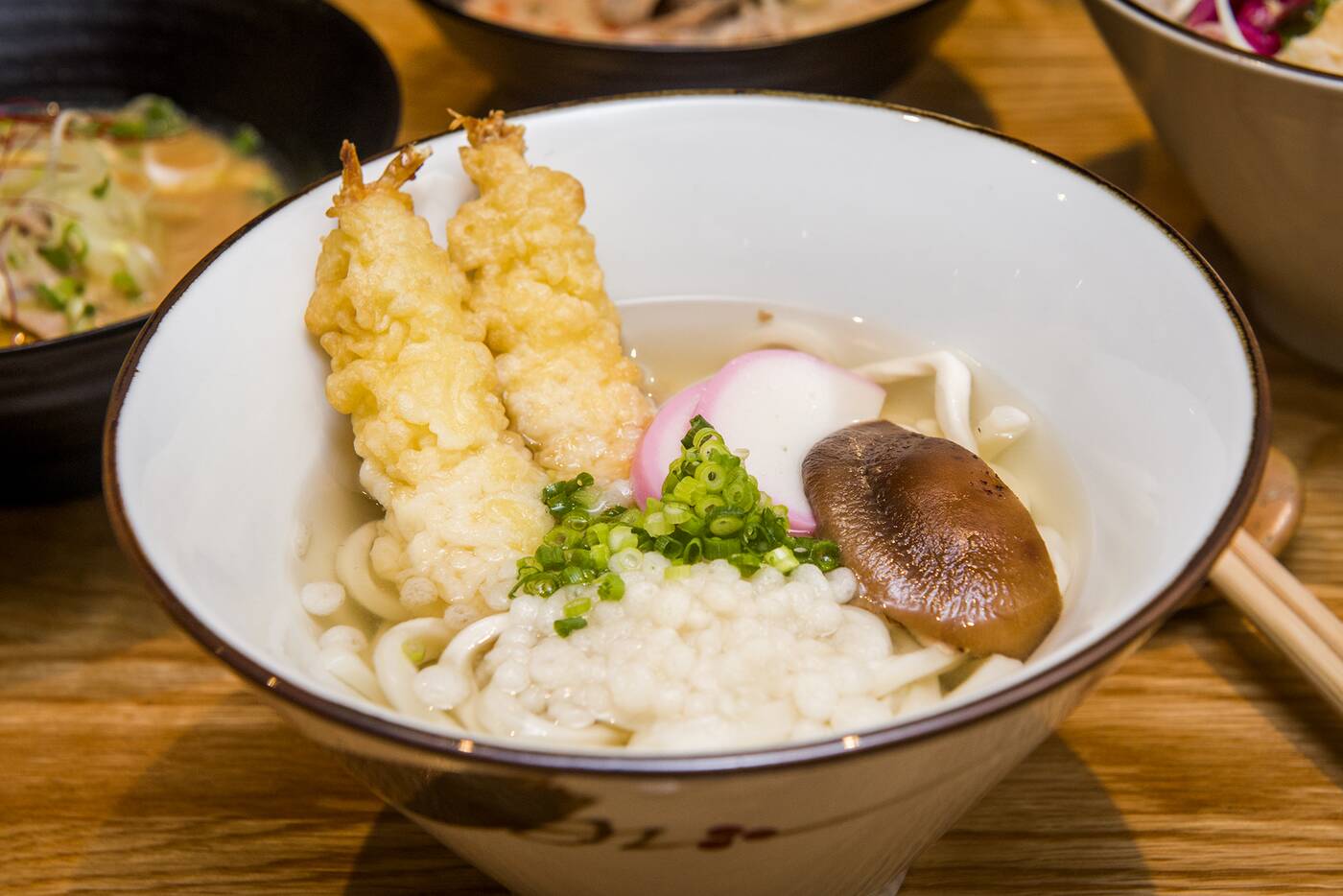 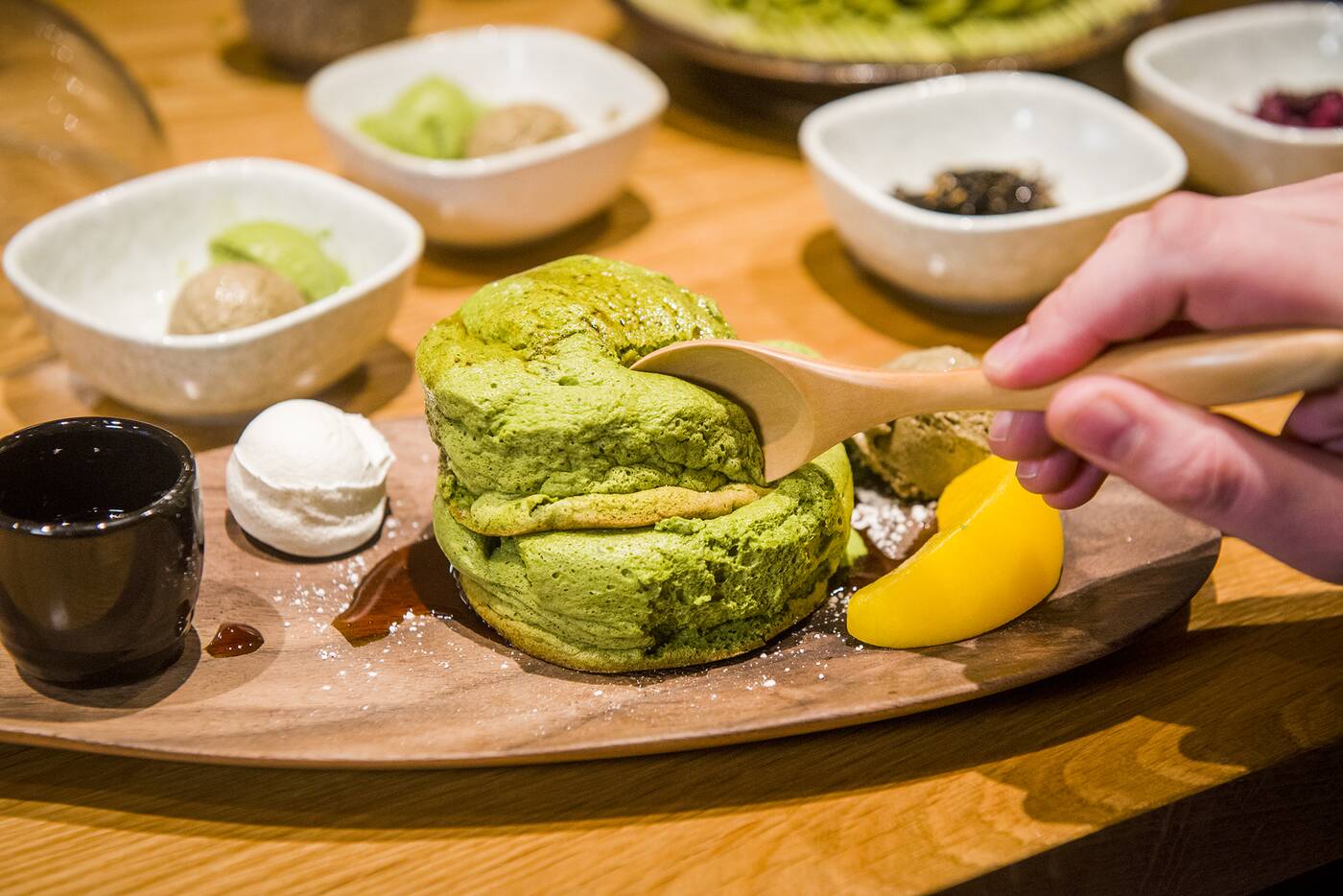 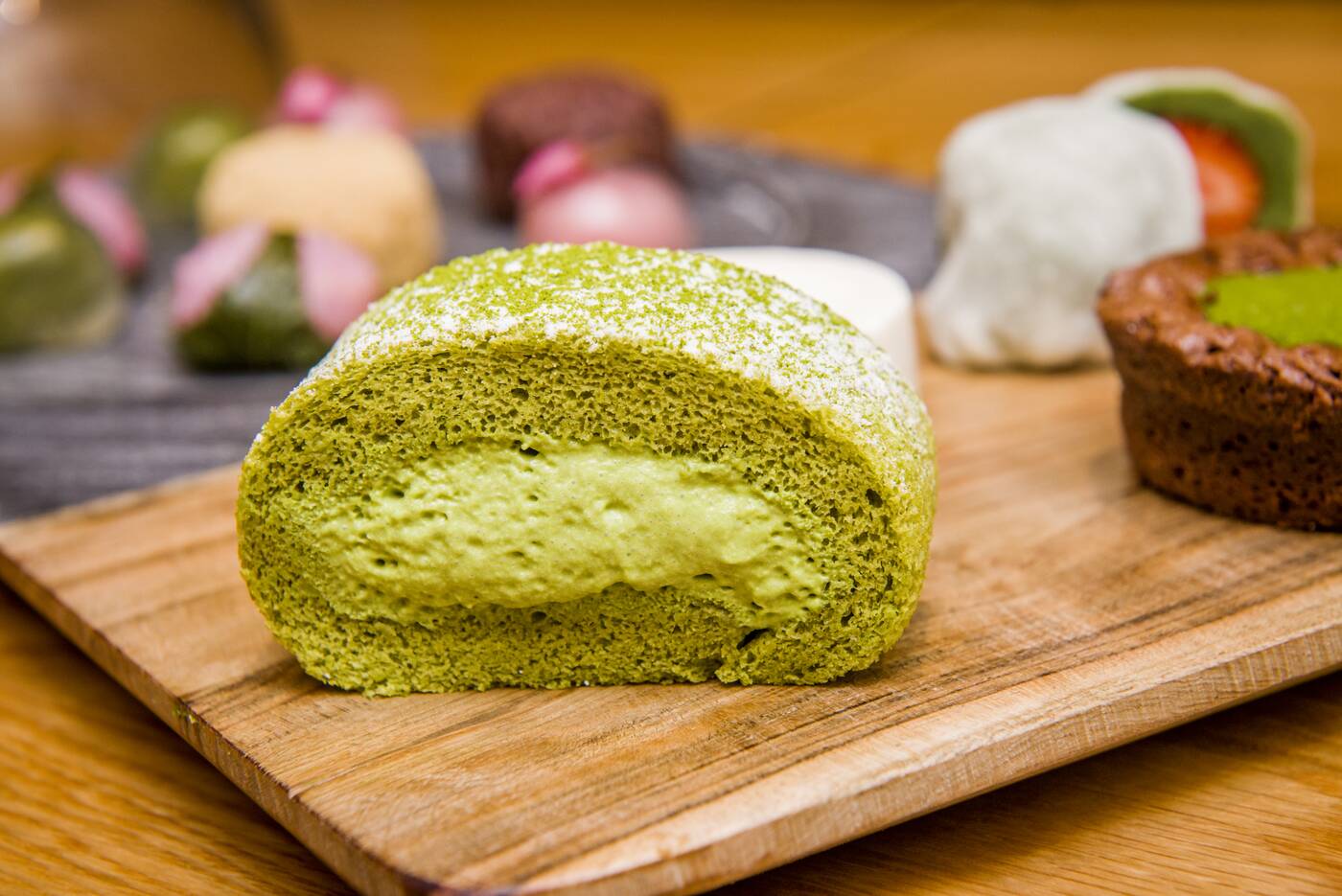 They’re also doing Japanese high tea ($30) up here, offering dessert sets with an array of mochi and other treats, including an airy, spongy matcha roll that shows off the sweeter side of matcha Tsujiri has always pulled off so well. 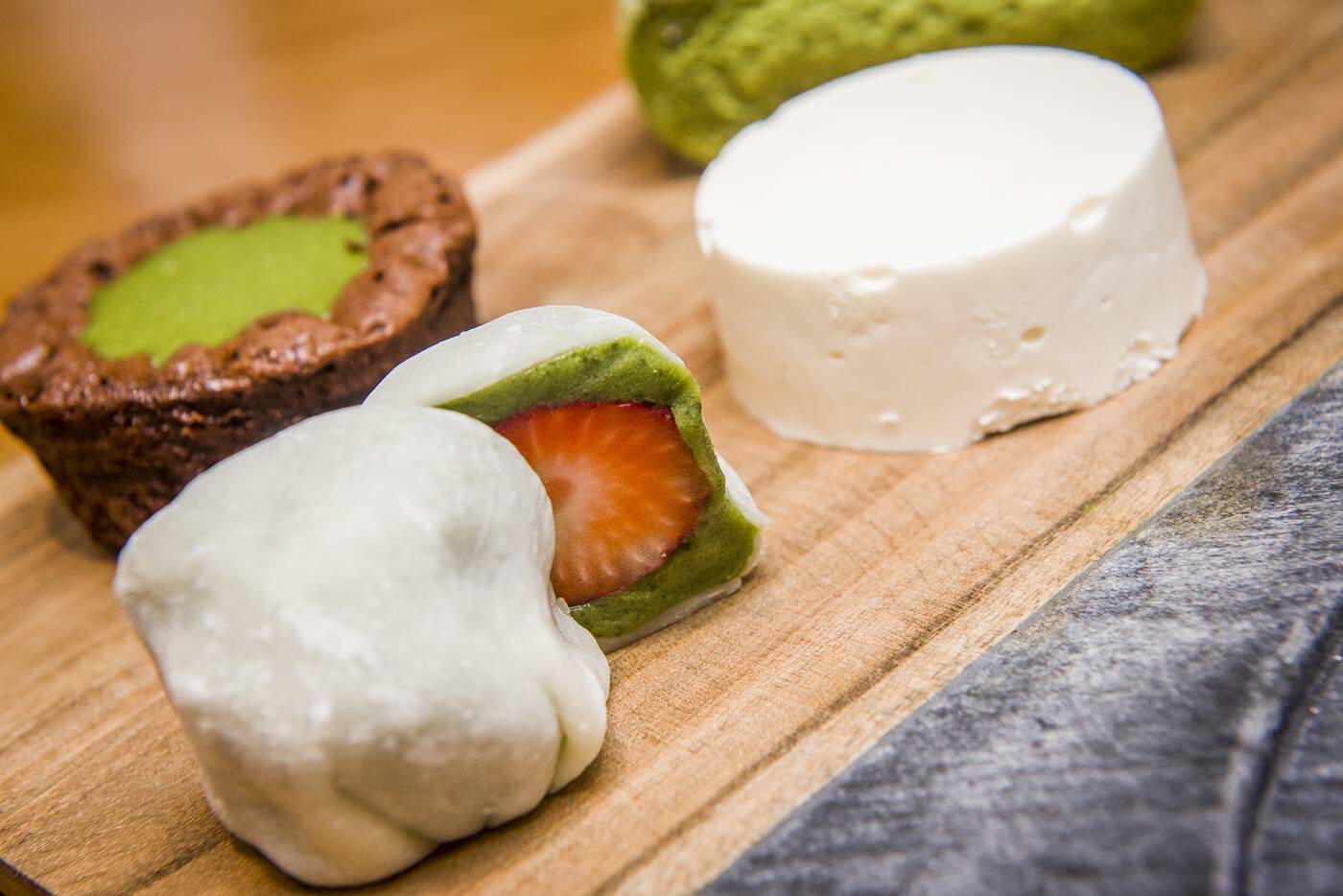 There’s also a yuzu cheesecake that pops with citrus flavour, an ultra-moist matcha brownie and strawberry daifuku full of freshness and contrasting textures. 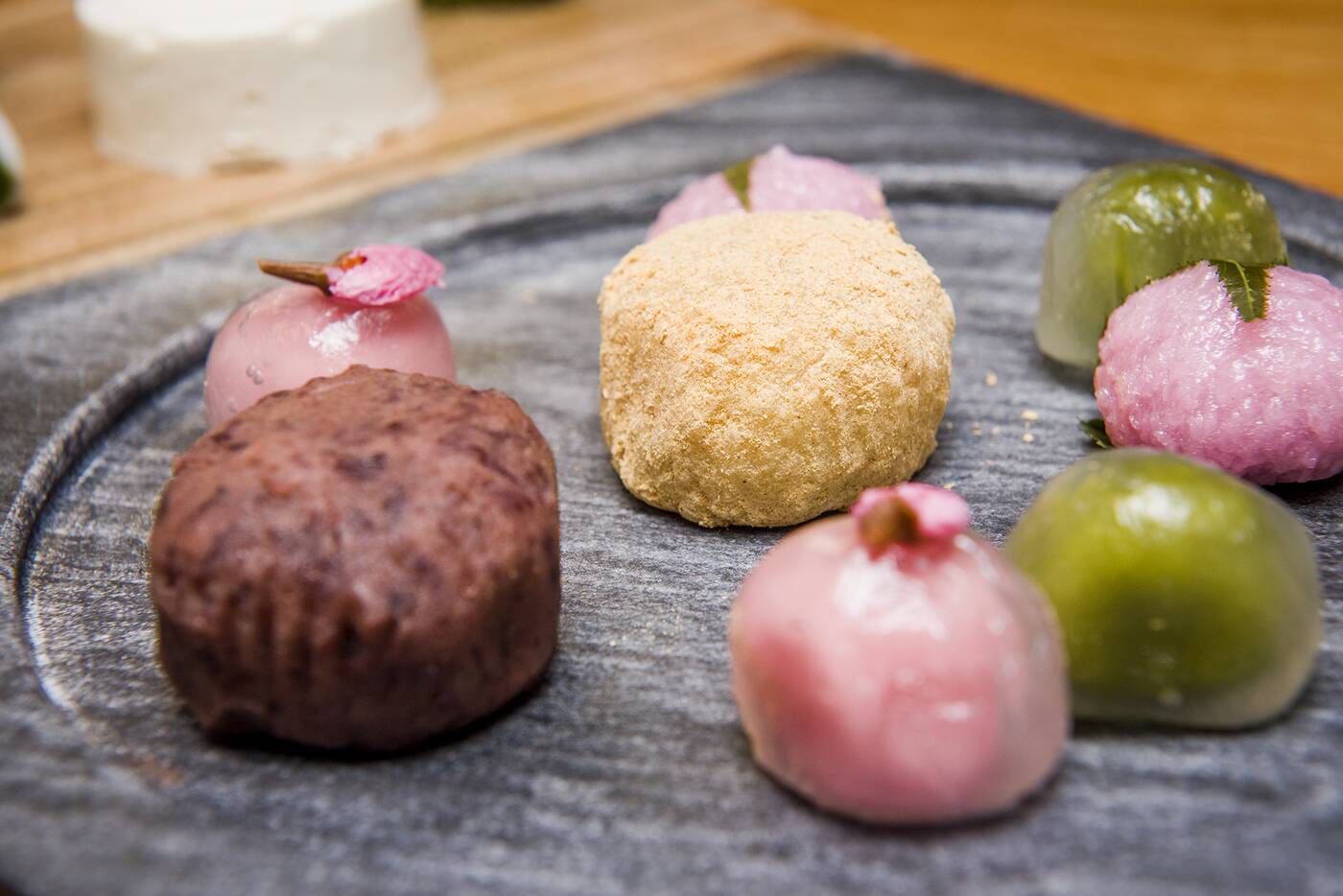 Other treats include sakura and matcha mochi, some garnished with salty sakura flowers, and mochi filled with red bean and dusted with kinako (slightly bitter, toasty roasted soy bean powder). 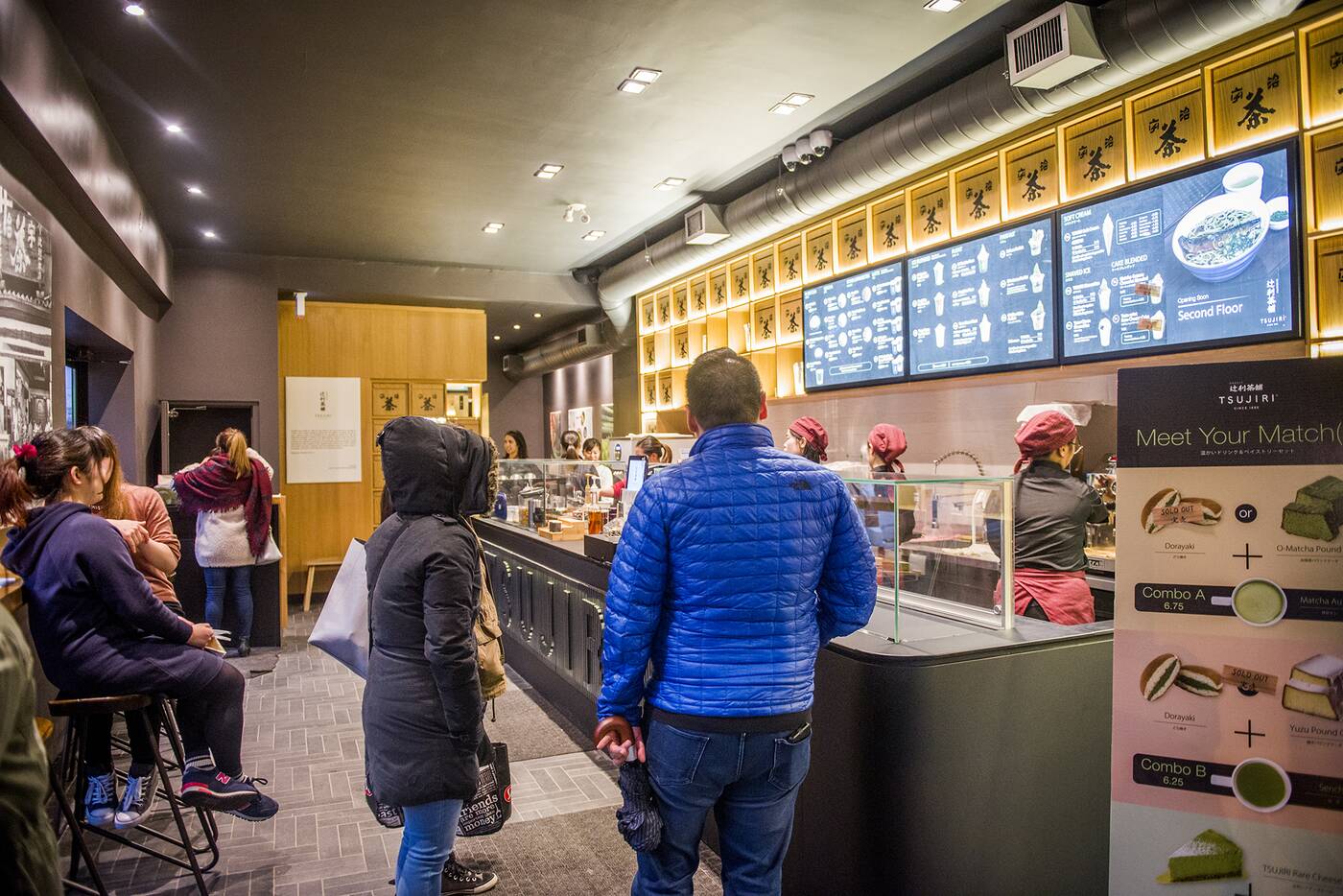 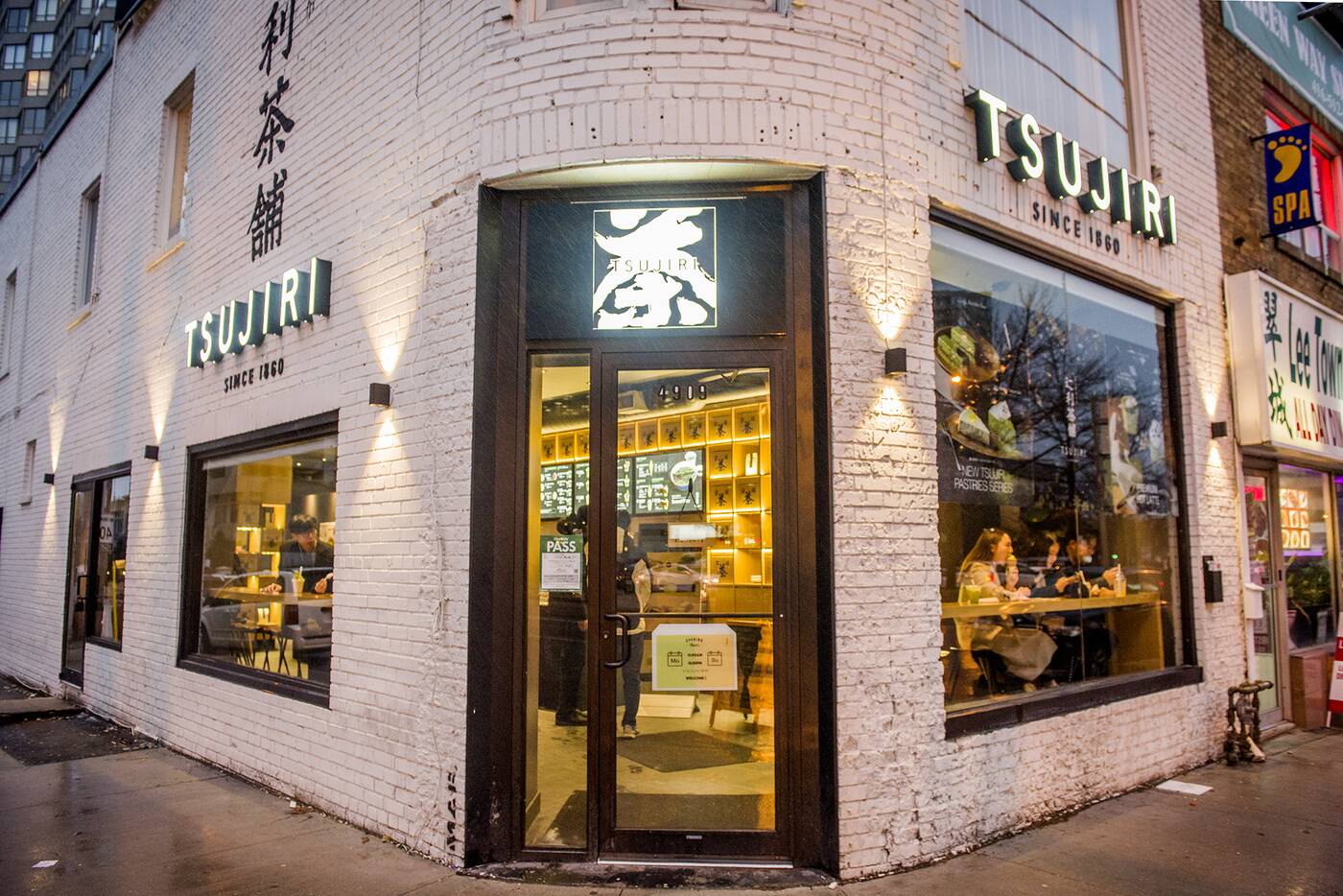