The Haven Low Carb Cafe, offering sandwiches, tarts, cookies, cupcakes and coffees, is on a mission to provide healthier food and dessert options to the Beaches neighbourhood in Toronto. 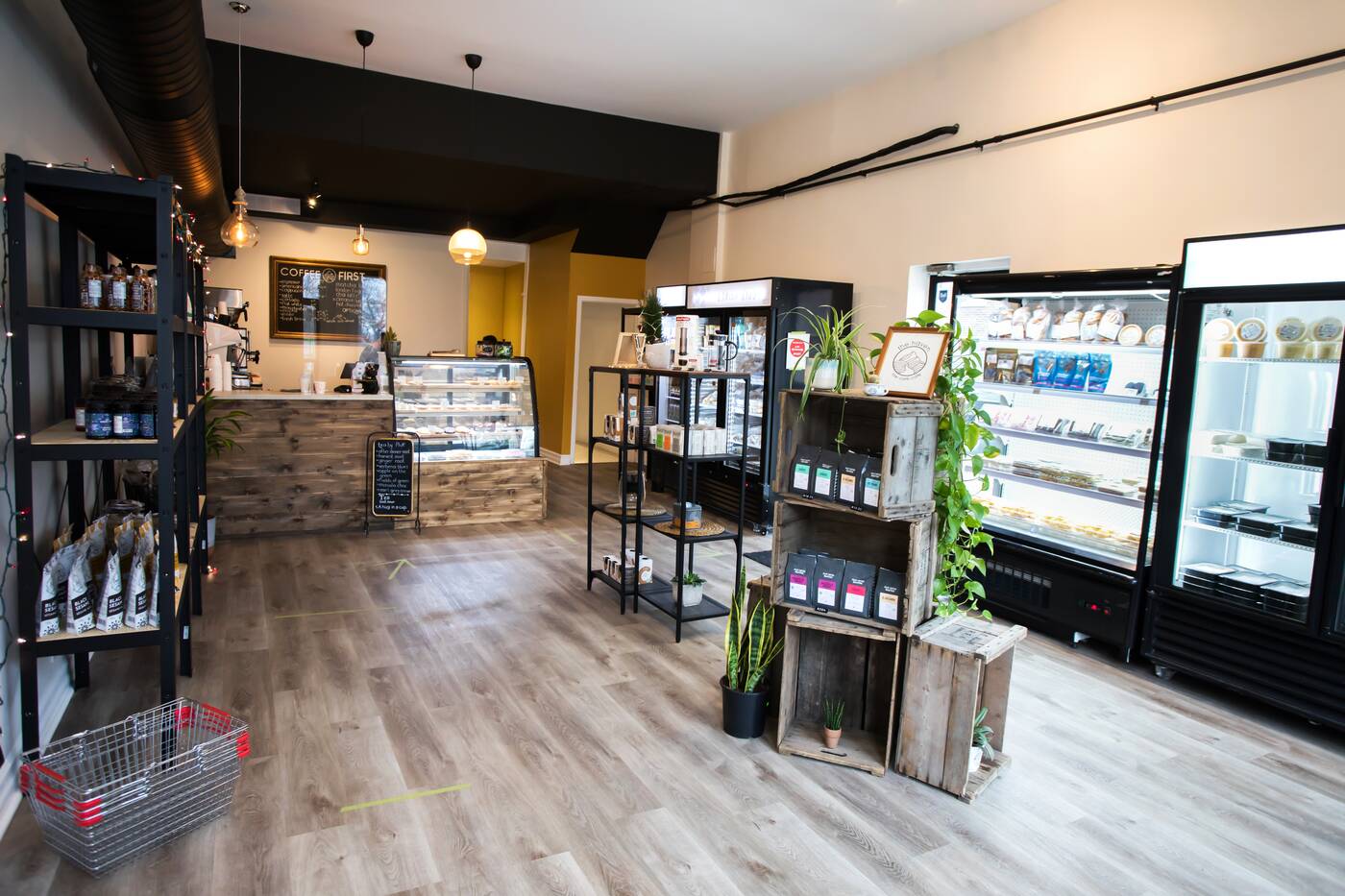 Combining Camilo's love for coffee and Aria's devotion to lower carb eating, the pair of owners came up with the concept of a completely low-carb, gluten-free and traditional-sugar-free spot, which replaced the Chopping Block butchery. 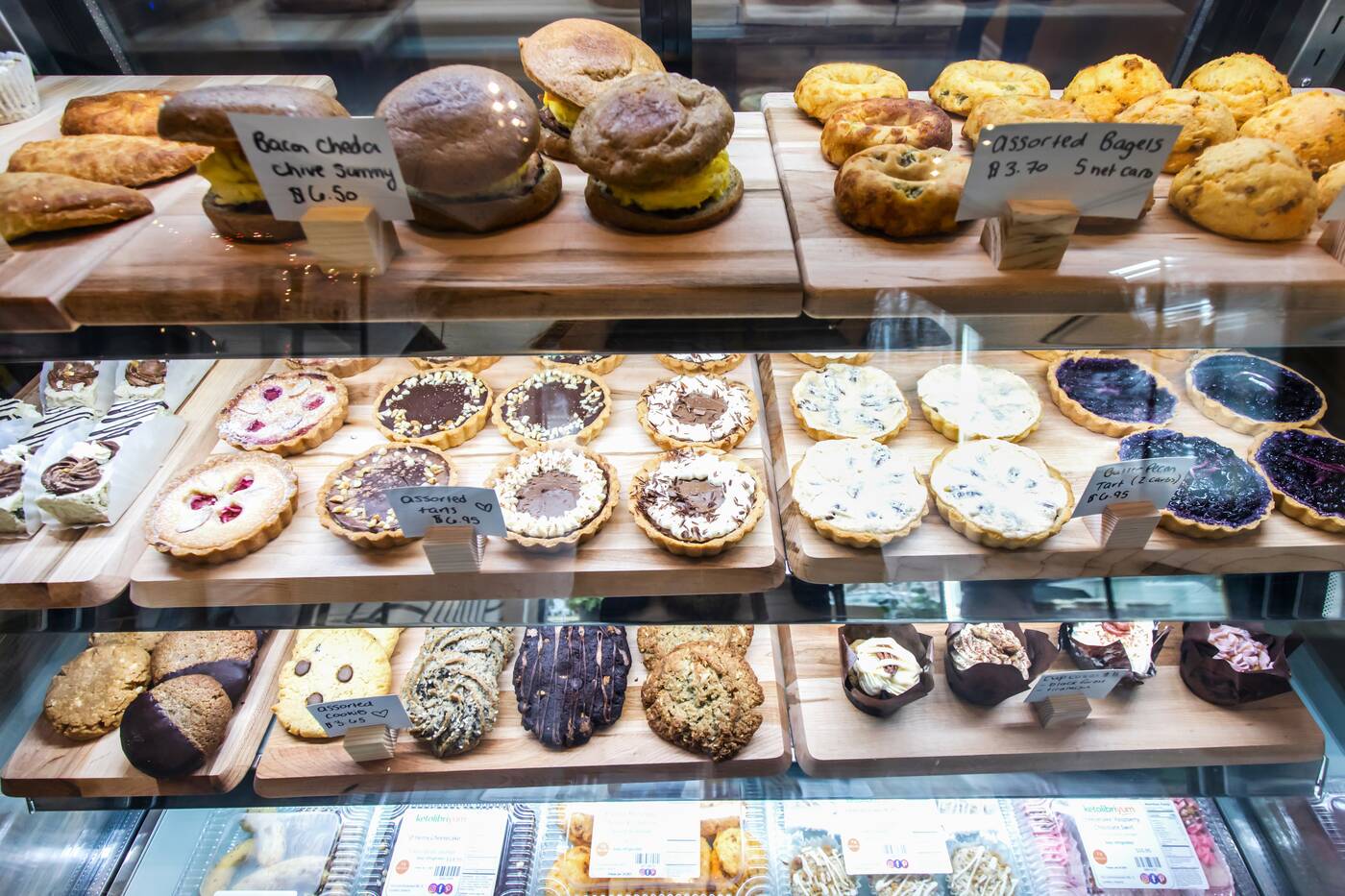 That's not to say you won't be able to find something to satisfy your sweet tooth. Sourced from Leo and Co. Bakery, The Butternut Baking Co. and Ketolibriyum, all of the desserts sold here are prepared without preservatives and are made with Stevia or erythritol instead of sugar. 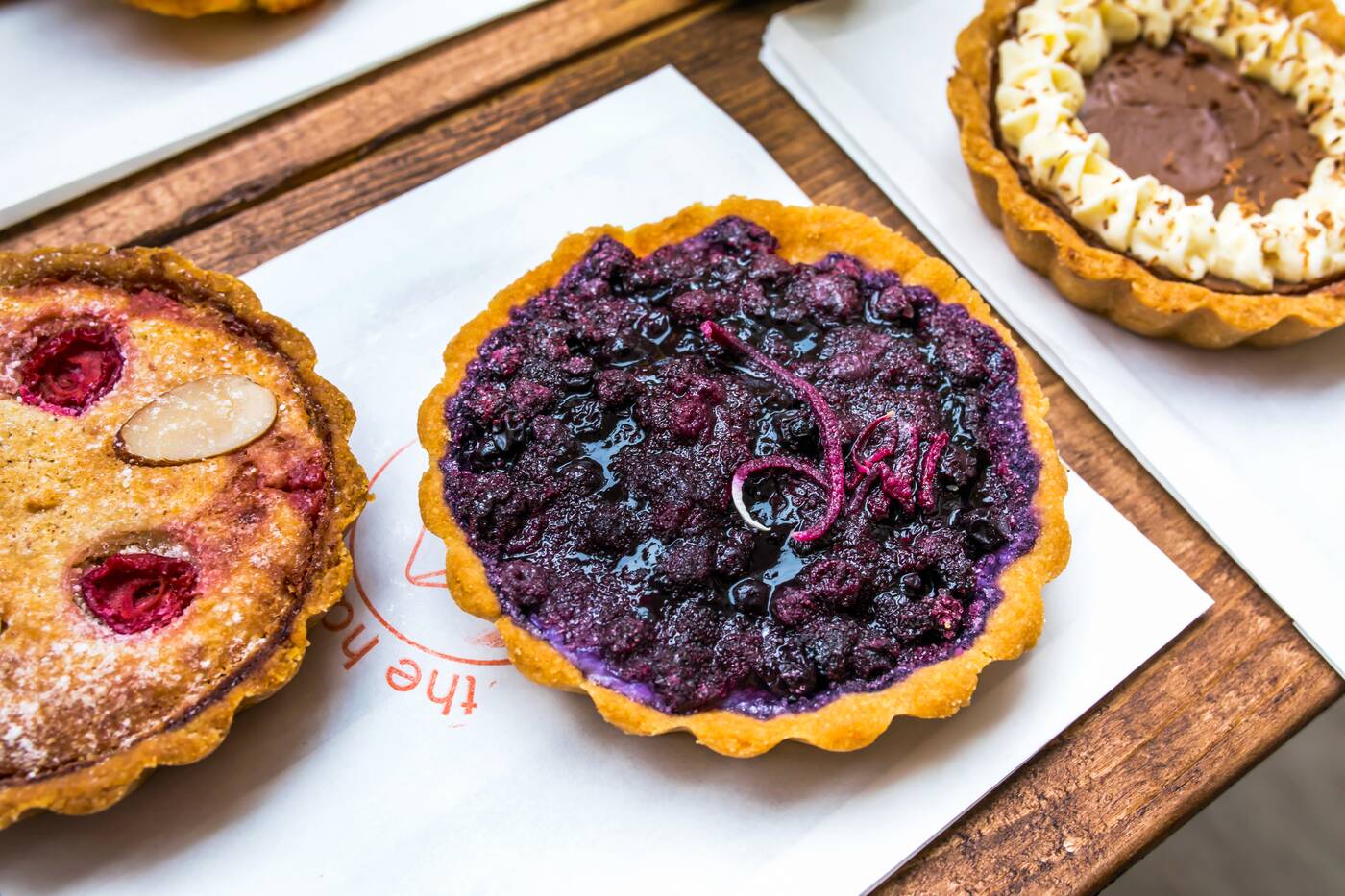 This goes for their tarts. The Blueberry Custard Tart ($6.95) offers the fresh taste of blueberries but instead of a custard middle which you might expect, the second layer is more of a marshmallow. 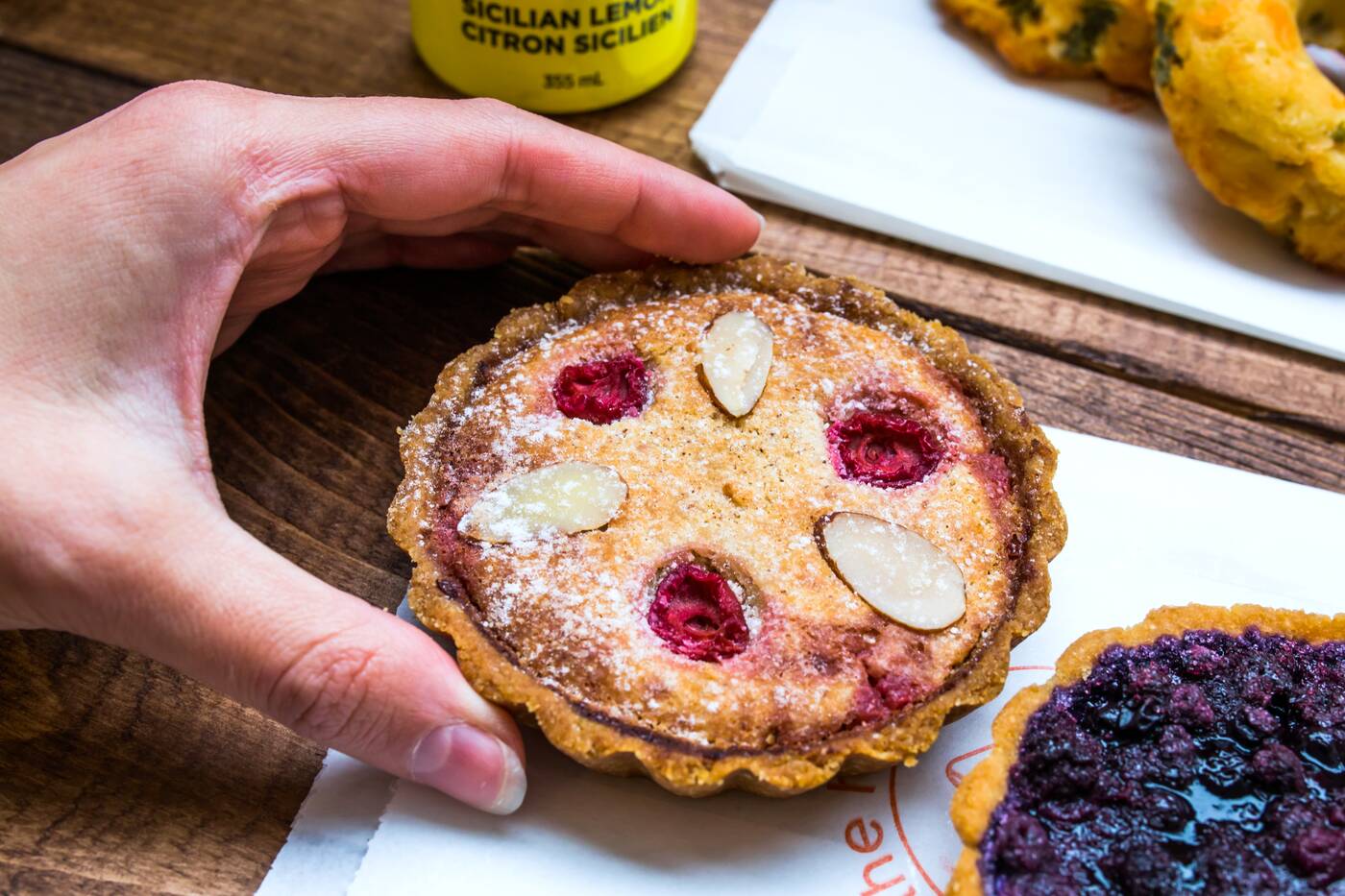 The Cherry Almond Frangipane Tart ($6.95) is made with an almond paste base and cherries but also has a surprisingly strong taste of lemon. 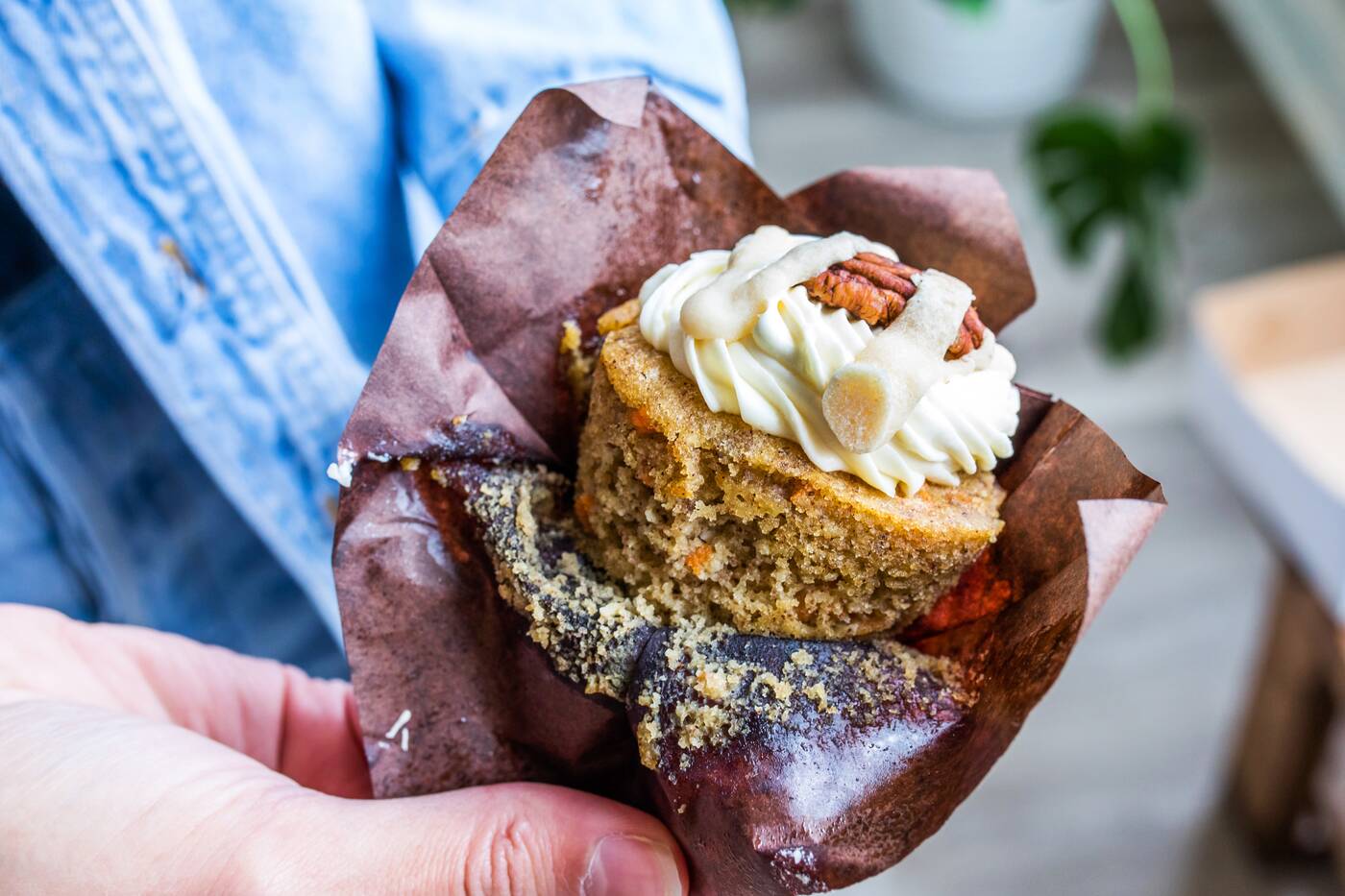 They also have a carrot cake which is baked into cupcake form with cream cheese icing ($4). You might notice a lot of dominant spicy notes from the added nutmeg and cinnamon. 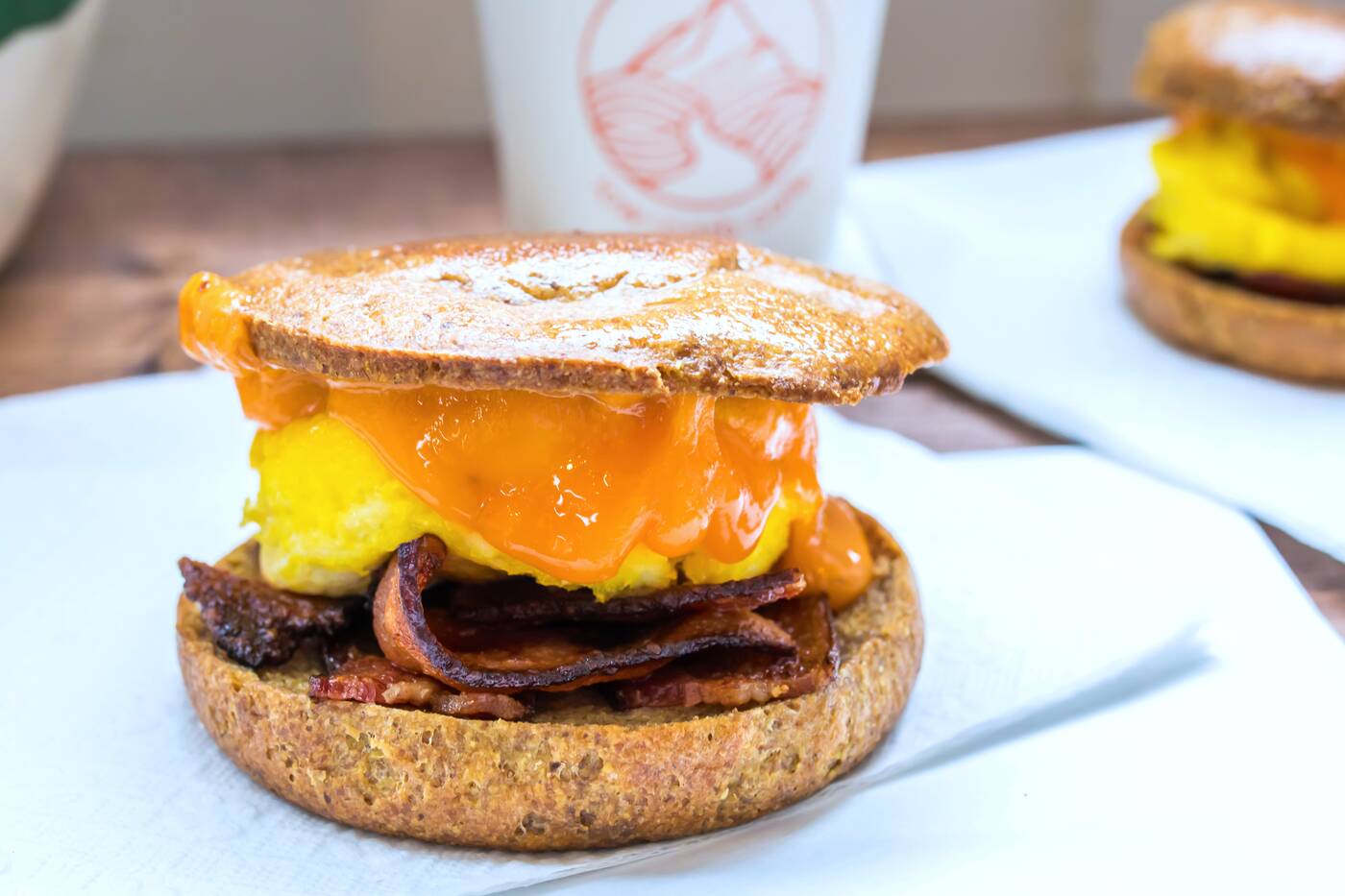 Camilo and Aria also make some of their food in-house such as the Bacon Cheddar Chive Sammy ($6.50). Said to be a fan favourite, the sandwich comes on a gluten-free bun with antibiotic-free bacon, thick old cheddar cheese and farm fresh eggs. 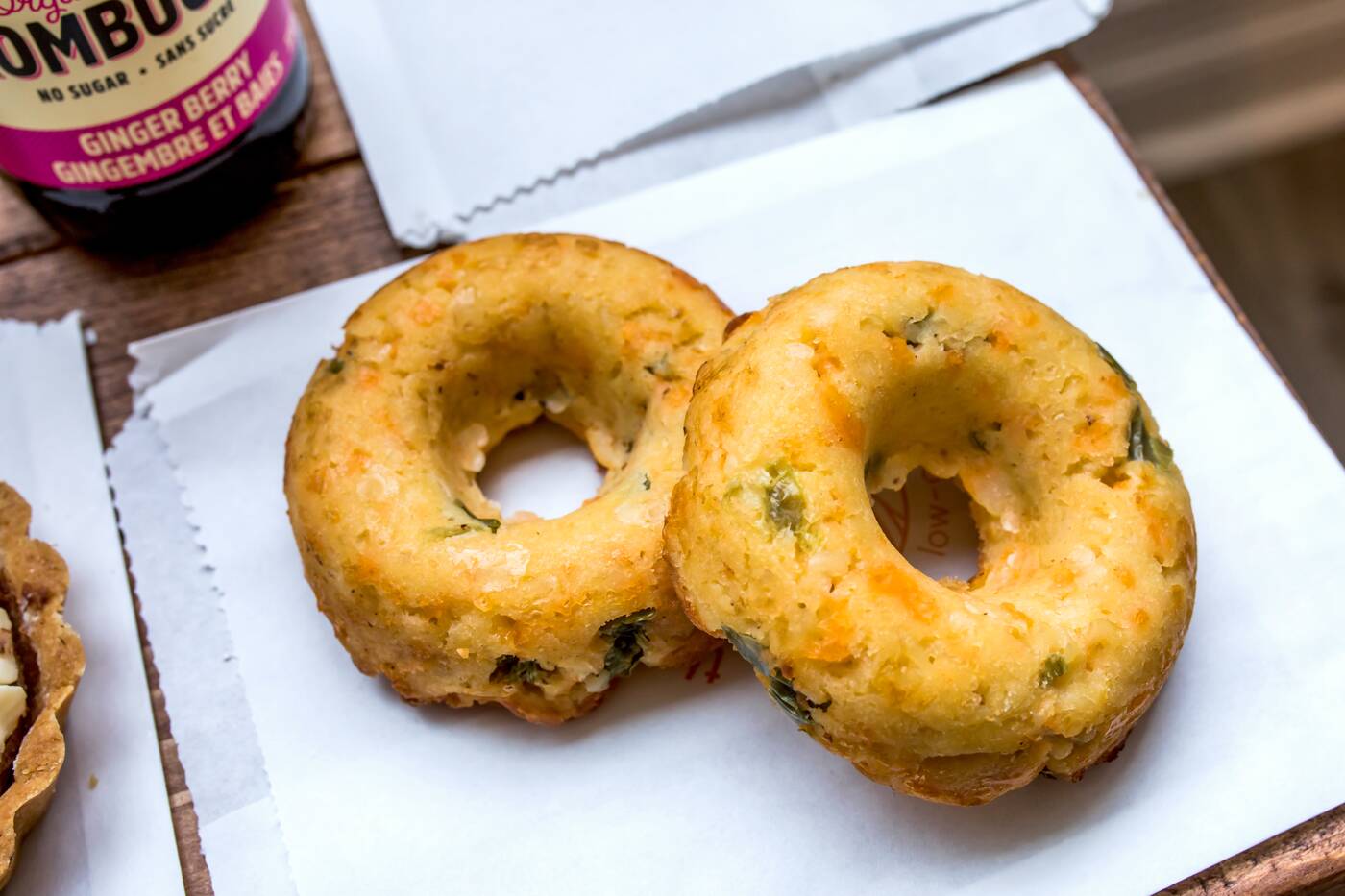 Another savoury option is the Cheddar Jalapeno Bagel ($3.70) which is also from Ketolibriyum. Though the term bagel is used pretty loosely in this context, the buttery dough is packed with cheddar cheese and bits of jalapeno peppers for a nice kick. 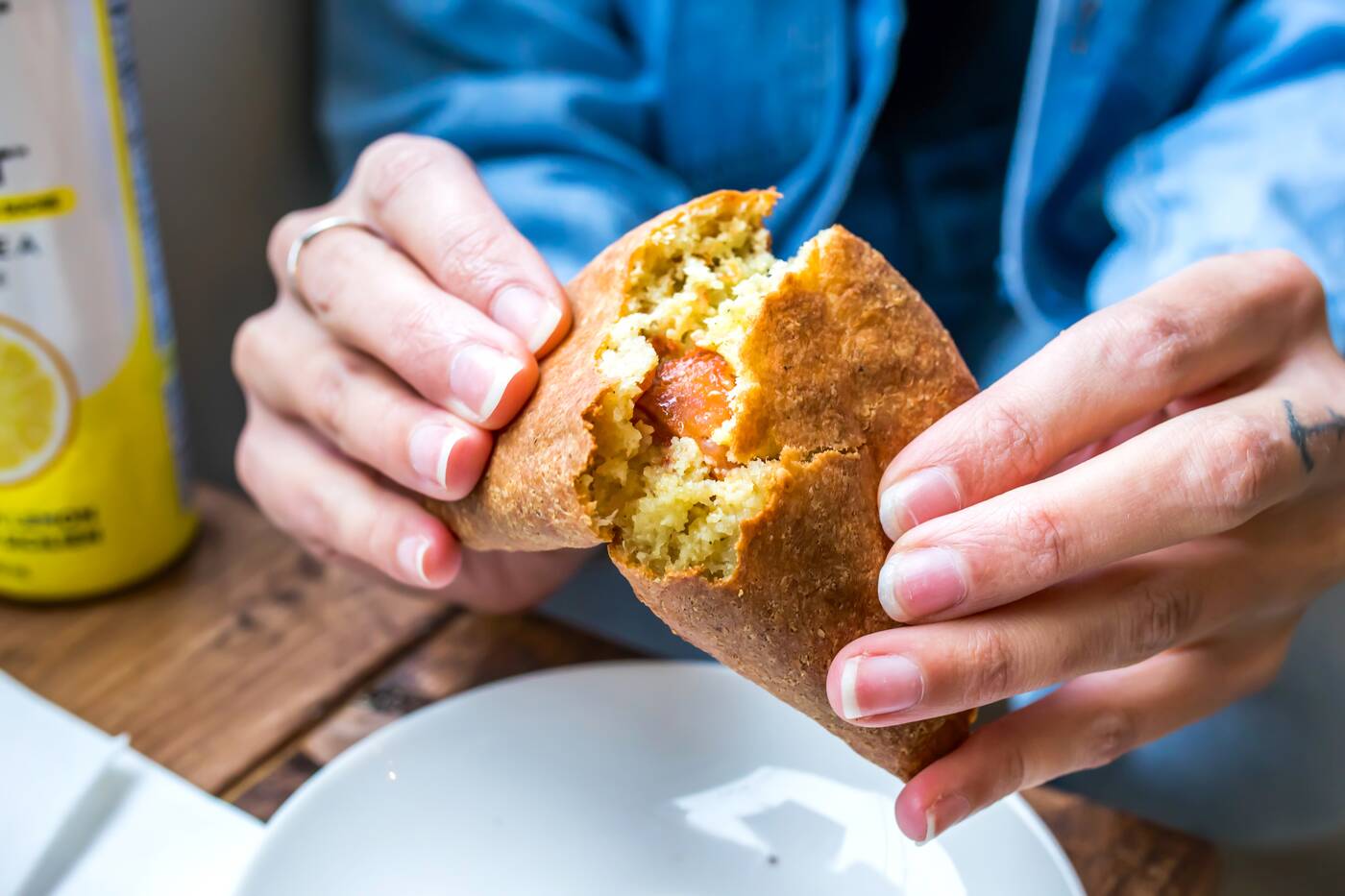 They also sell Gluten-Free Pizza pockets ($6). Although it would've been nice to see a bit more cheese loaded inside, the slightly spicy pepperoni supplies a nice amount of flavour. 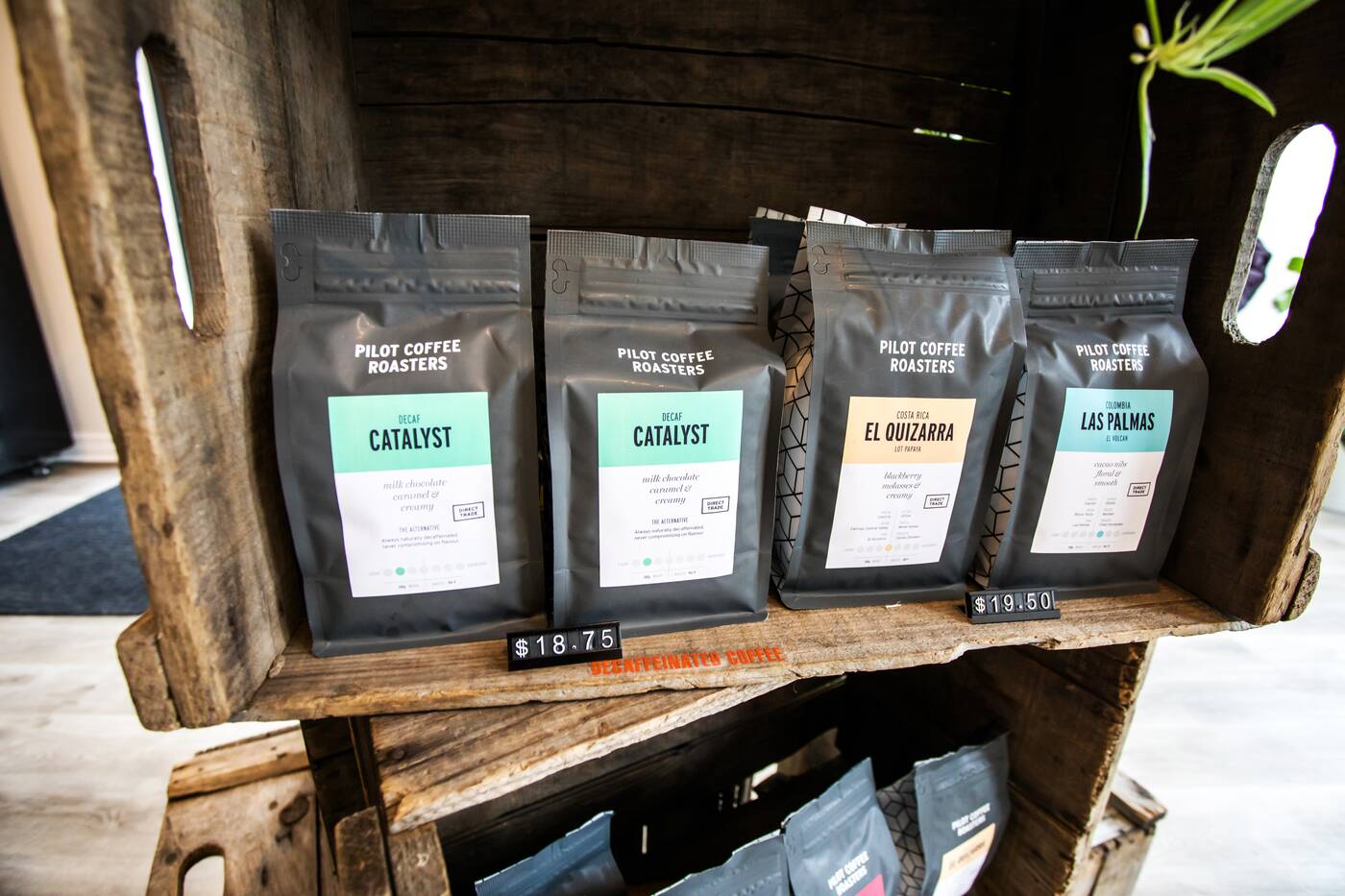 Their coffees, including the Cinnamon Bun Latte ($4.75), which is made with Aria's homemade cinnamon nectar, are made with coffee from Pilot Coffee Roasters (also sold in-store) and an Italian LaSpazia espresso machine. 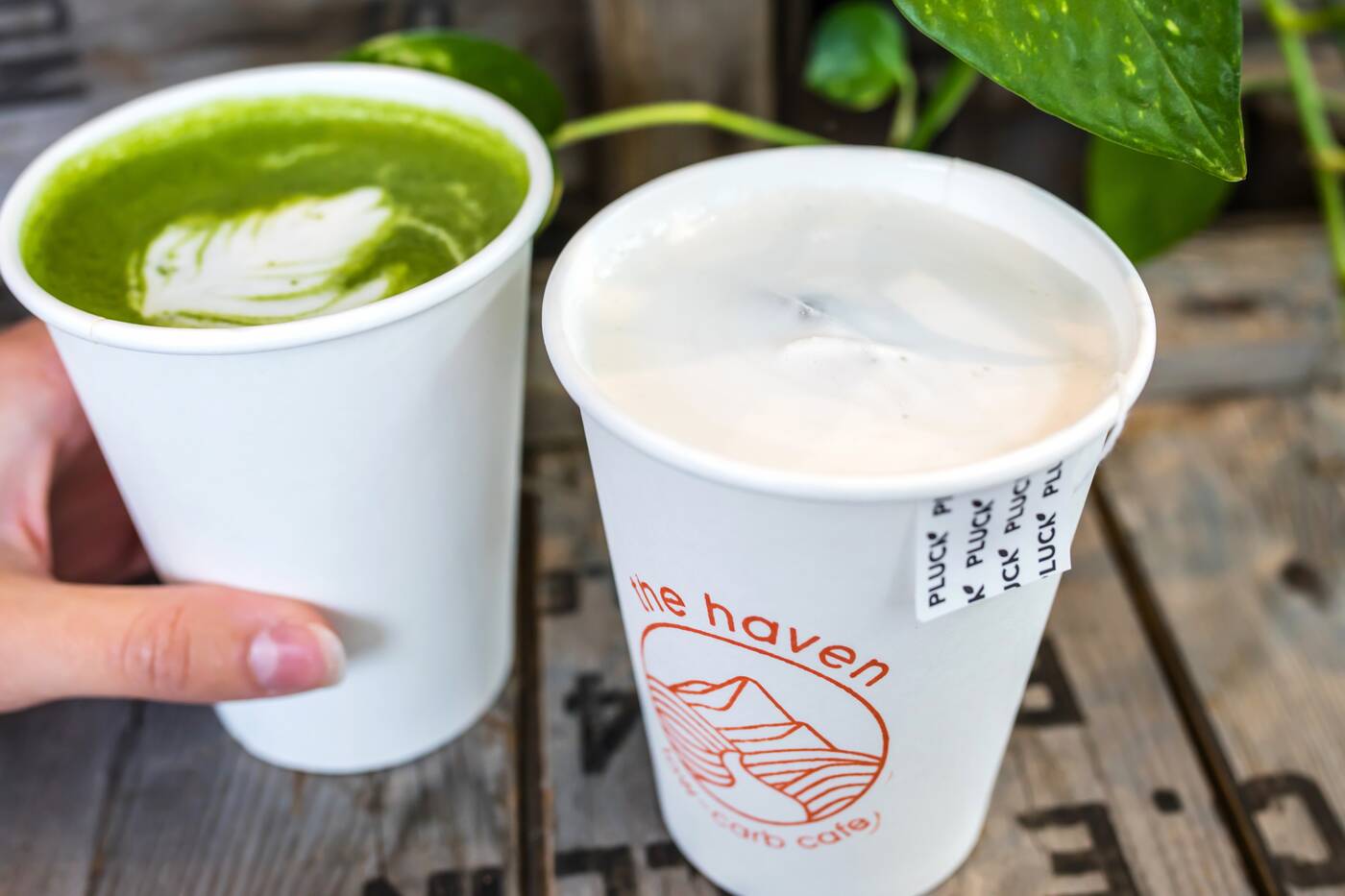 All of their teas and tea-based drinks are made using another Toronto-based company, Pluck. The London Fog ($4.75) is made with Earl Grey Cream tea and can be boosted with a Stevia-sweetened vanilla flavour shot. 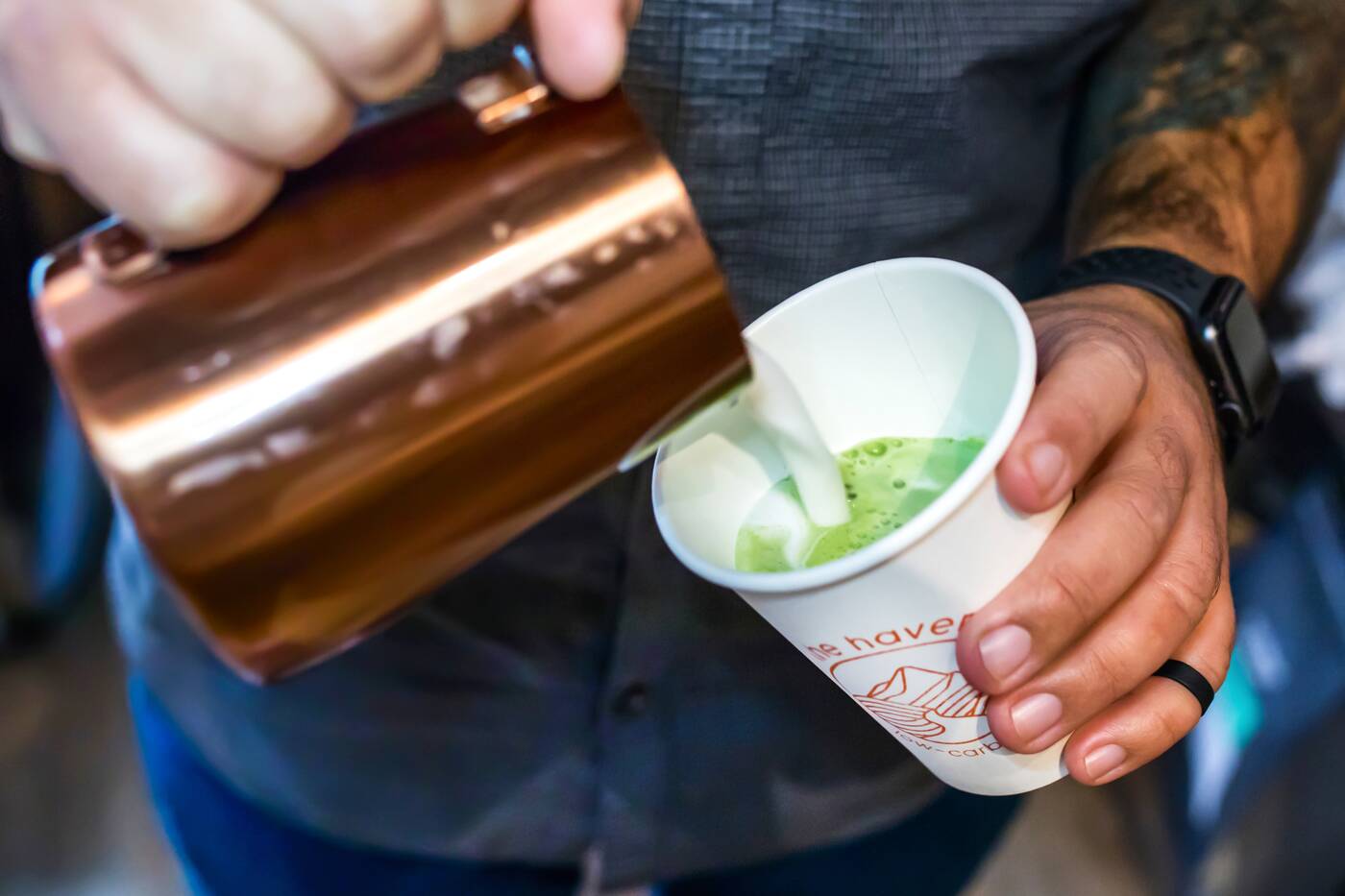 The Matcha Latte ($4.75) is made with the Premium Ceremonial Matcha from Pluck that comes directly from a farm in Kagoshima, Japan. 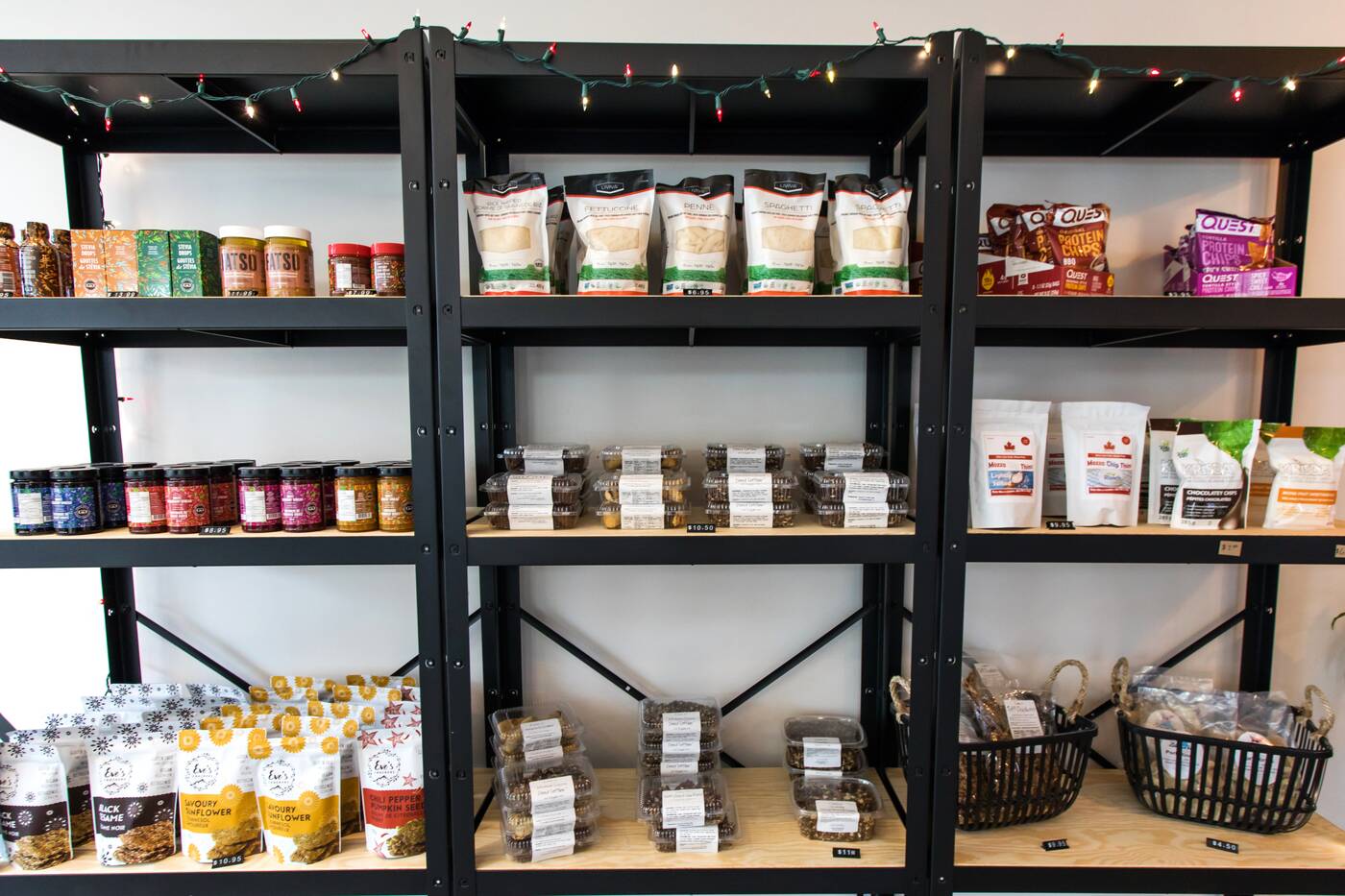 There's also a food market in the cafe with a fairly large selection of grocery items for those looking for clean low-sugar products and health-conscious meals. 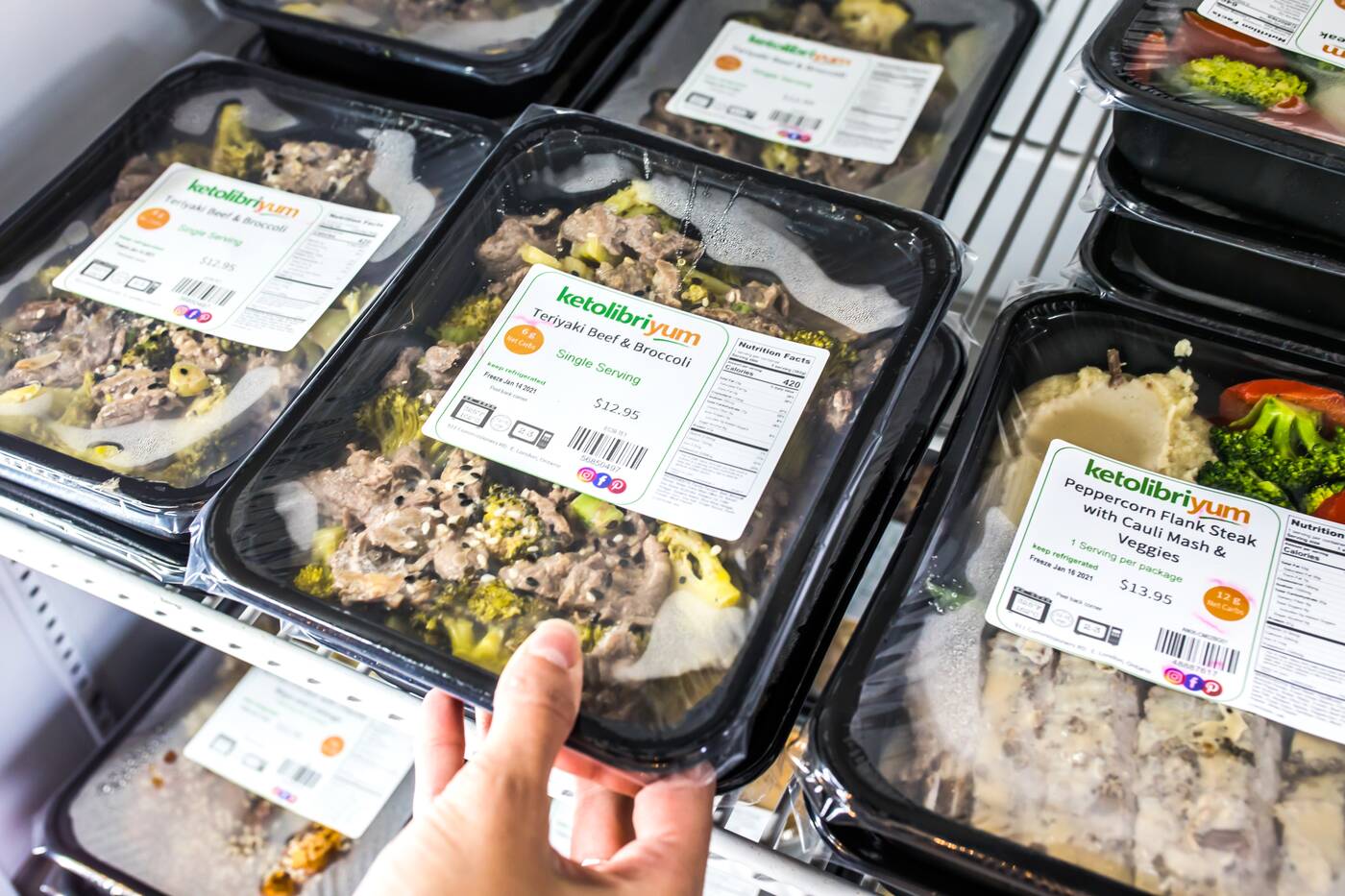 You can grab their desserts to take home as well as a number of different frozen meal options. 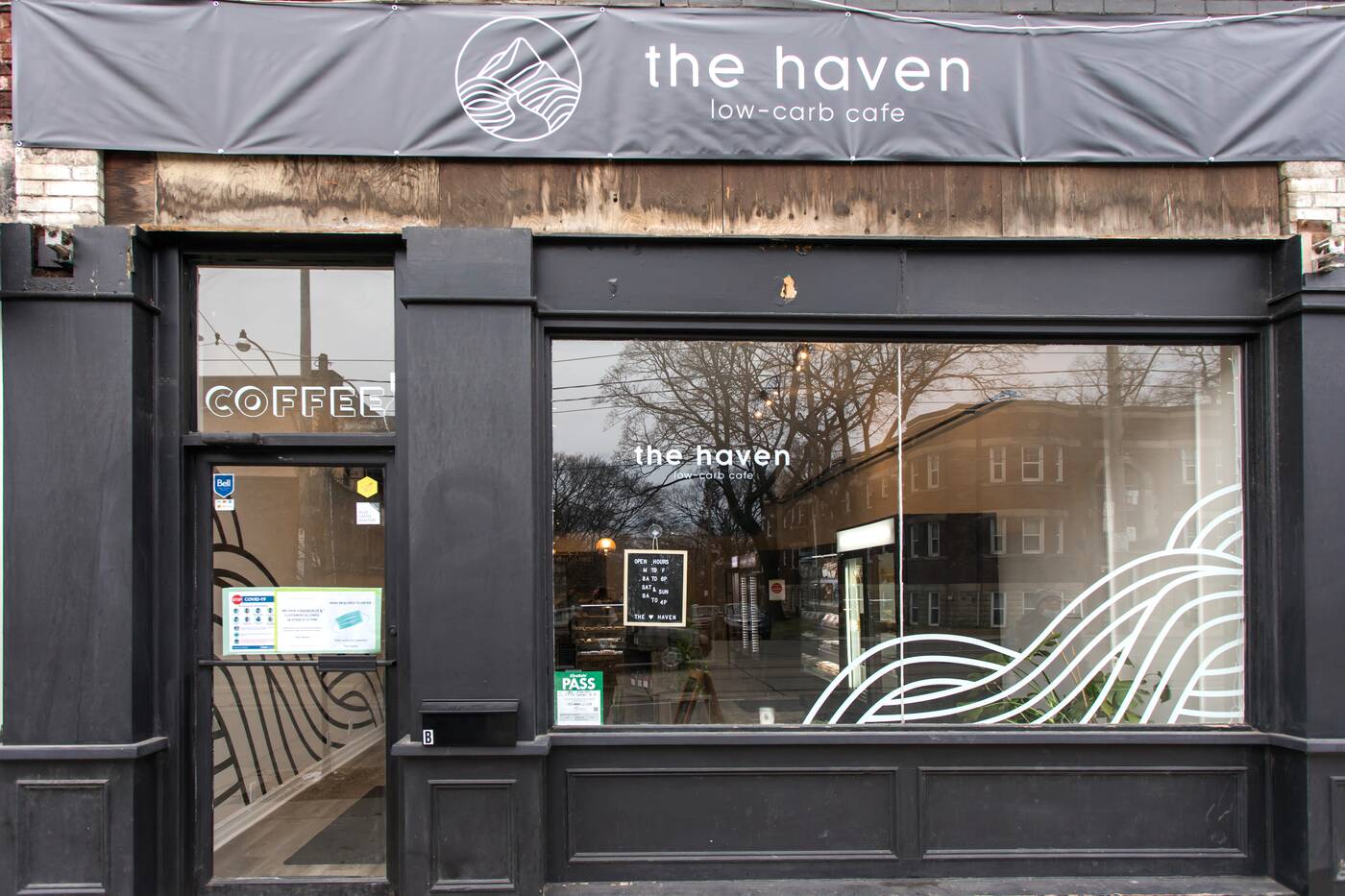