Roncy's Bean is not simply a new spot from which to grab a latte in Roncesvalles Village , but also a sort of mini-triumph for some of the people in the community. The corner cafe at Roncesvalles and Neepawa avenues occupies the former home of a not-so-welcome Second Cup, which seemed to stick out from the independently-owned Polish shops , boutique gift stores , hair salons , and other mom and pop's . Of course, there was a Facebook campaign to boycott the chain cafe, as well as plenty of letters delivered to City Hall in its regard. For whatever reason, the Second Cup did shut down a while back and in its stead is Roncy's Bean. 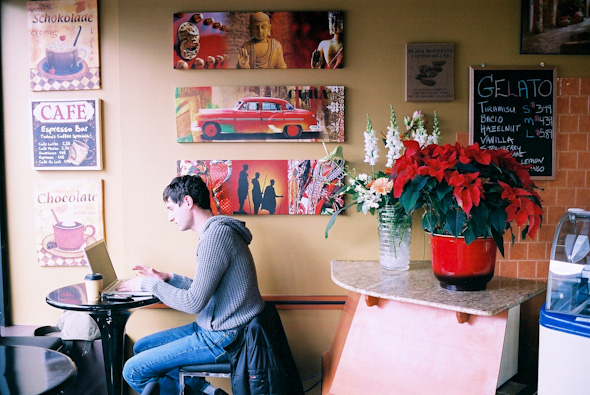 The new shop finally took the paper off its windows this past Thursday, and the opening couldn't come soon enough says manager Tony. "People kept coming in during construction and we'd have to say, 'No, sorry we're not open yet!'" he says. "And even still, people were knocking on the windows to see when we would be open." 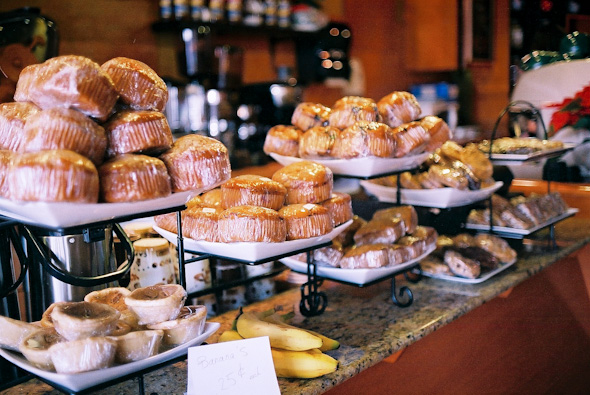 Tony tells me that the cafe's owner, Dan Lajeunesse, is a local real estate agent who just couldn't pass up on the great location. "I said to him, 'Dan, you've just got to have it.'" Tony says he and Dan are no strangers to cafe culture and wanted to create a space for everyone. 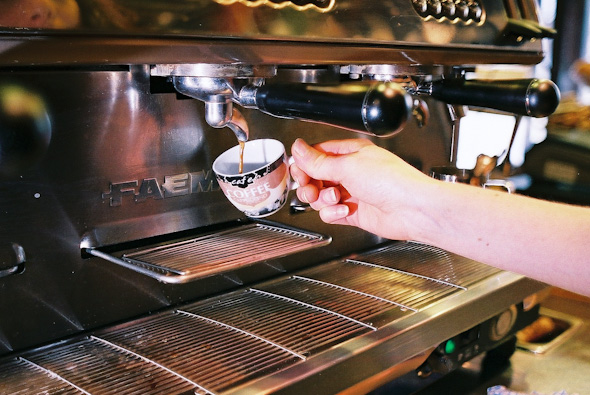 I suppose I've spent too much time in the shrouded West Queen West cafes with refurbished vintage furniture and Noam Chomsky books on the shelves, because I'm a little surprised to see booth seating and a flat-screen playing CP24 in the back section of Roncy's Bean. But those features do cater to wider markets, and I can see how moms on -the-go might appreciate a glimpse at the headlines as they pick up their morning coffees. 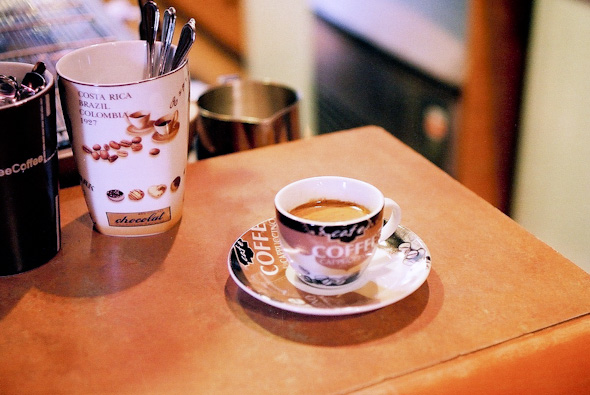 Roncy's Bean offers a fair assortment of baked goods (from "local suppliers," says Tony), about a dozen loose leaf tea varieties ($2.25), fresh-pressed orange juice ($2.59), and coffee drinks made using Reunion Island beans. The cafe also makes its own gelato ($3.49/$4.39/$5.00), which, now, is limited to about seven flavours (tiramisu, hazelnut, vanilla, etc.), but will grow to 20 or more in the springtime, when the side patio on Neepawa will hopefully be licensed and open. 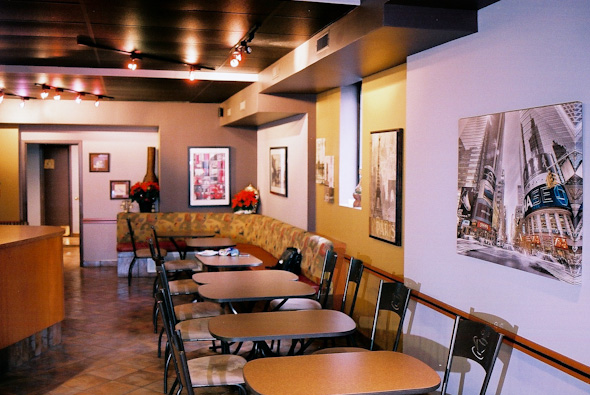 I order my usual Americano ($1.90) after briefly considering an Affogato ($5.40), but the wind blowing outside solidified my decision. I was pleased to find soy milk actually available at the milk and sugar station, since too few cafes offer it without customers having to ask. My drink has a nice, bold flavour--though a bit of a sour note on the finish--but, granted, the cafe (and baristas, likely) are still working out the kinks. Kinks or not, it seems Roncy is more than pleased to have its own new cafe. 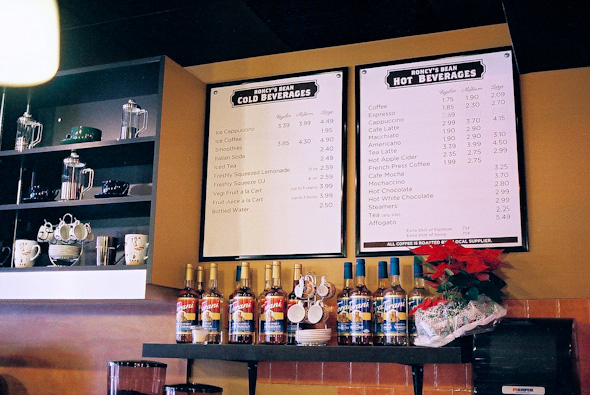 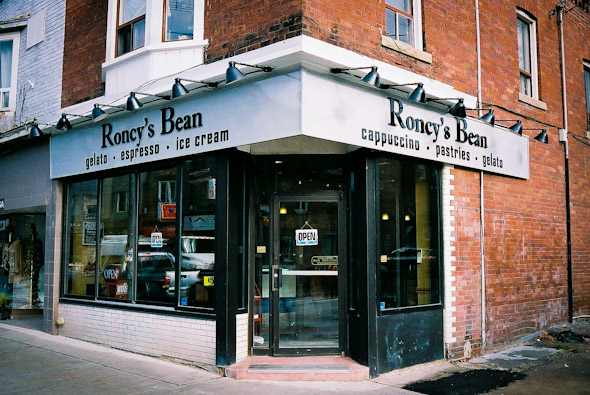