Red Rocket (Danforth) is the original Leslieville location transposed. After five strong years on Queen East, the cafe's owners say they had no choice but to leave their former location. "Basically," Pamela MacDonald says as we take a seat on the first day of the Danforth opening, "the landlord wanted double the rent. Which, we know, is not market value. It's not a fair price." 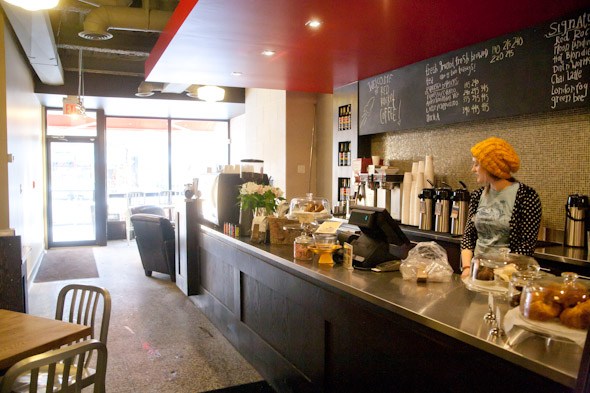 "There were lots of games," she continues, commenting on how she saw the landlord ( Queen Street Partners , which also owns the Toronto Standard) conduct his business. "And it was more than just how it ended â in that way, it was a very unhappy five years." 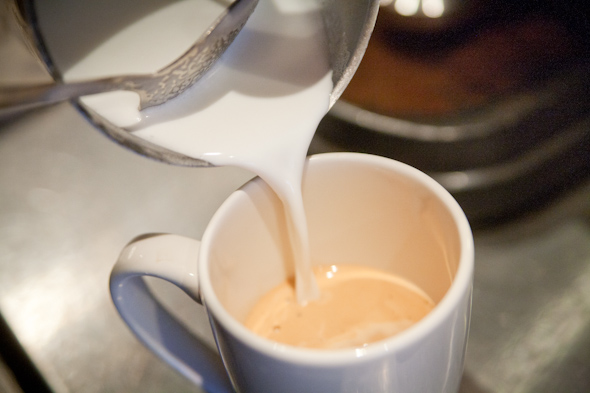 The relationship Red Rocket had with the Leslieville community, however, was anything but unhappy, and many loyal customers were heartbroken to see them leave.

"We left out a guest book," co-owner Liako Dertilis says, taking a seat to join the conversation. "And some of the things people said; it was really emotional."

"People met their life partners in our cafe. We watched kids grow up. Really, we're still trying to digest it all." 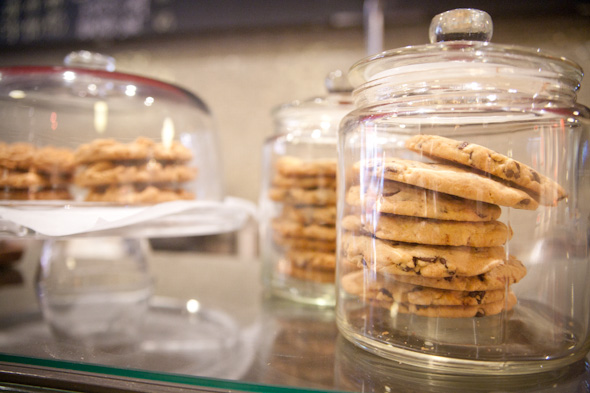 Pamela and Liako had all of seven weeks to get out and find a new place, and I could certainly see the residual stress in their faces. They managed to find this new spot on Danforth just east of Greenwood by following up on a tip from "Bob," the notorious espresso machine repairman used by many independent Toronto cafes. The first steps included getting in those splashes of red rocket colour, installing an awesome window bar made from reclaimed wood from a rubber factory, and doing their best to make the transition as easy as possible on their customers. 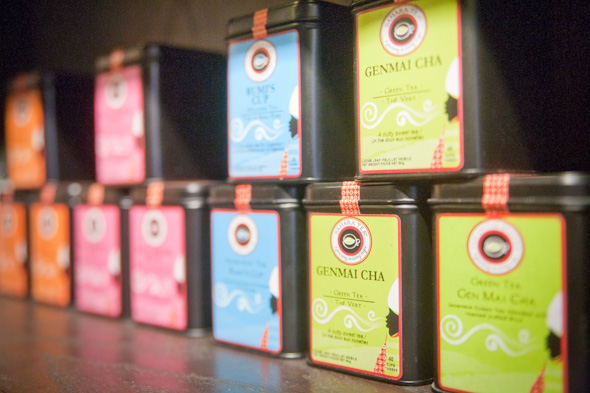 That gentle transition, of course, means keeping the coffee just the same, and my Americano ($2.40/$2.95/$3.45) is pulled using the same Reunion Island blend, and it tastes just as bold and full-bodied here as on Queen East. Granted, the corner spot in Leslieville sure was a great place to kick back, especially in the spring when the sun would saturate the cafe through the windows, but Pam and Liako have done a great job in making the new space feel bright, modern, and open. Along with the regular pastries and baked goods, Red Rocket has plans for a weekend baked brunch, as well as possibly applying for a liquor license and extending hours in the evenings. 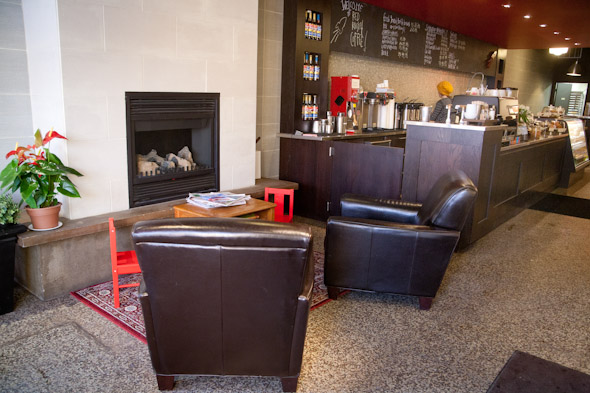 Though they're happy in their new spot, Pamela and Liako say they know their departure shook some of their former neighbours, especially those who occupy buildings owned by the same landlord. "It's scary when a successful business is pushed out by a difficult landlord," Pamela says. "I know some of them are worried." 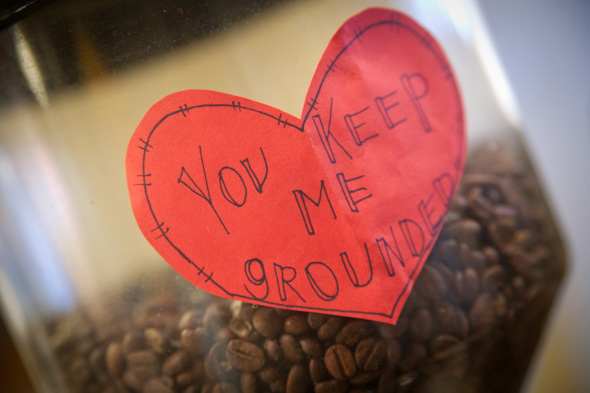 Liako and Pamela are now focused on creating the same sort of community feel they had in Leslieville at this Danforth location. "A coffee house should be like a pub, but with coffee," Liako says. "And while we do have great coffee, I think it's more about the service, the personal attention, the sort of feel you provide. It's all about building a community, and we're hoping to do that here." 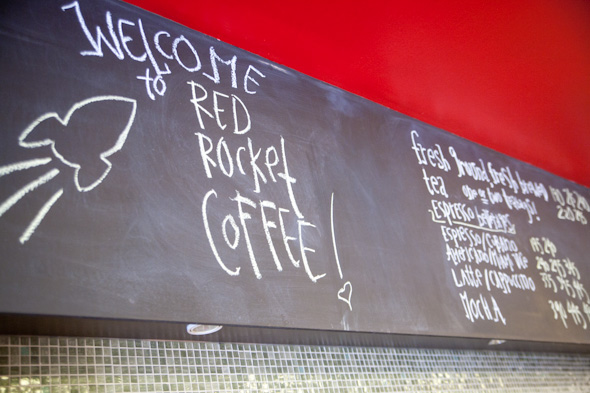 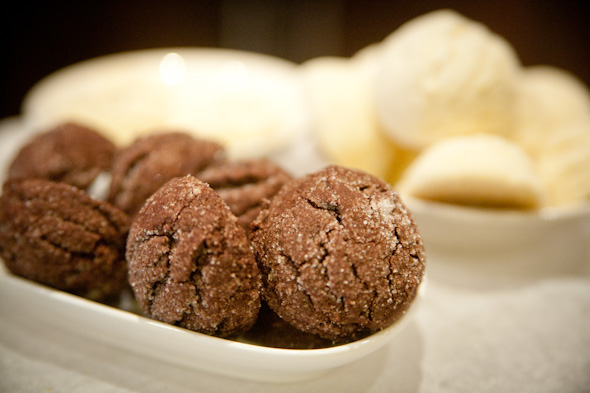 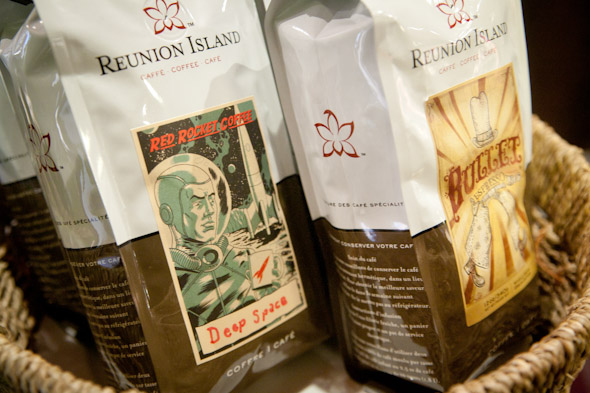 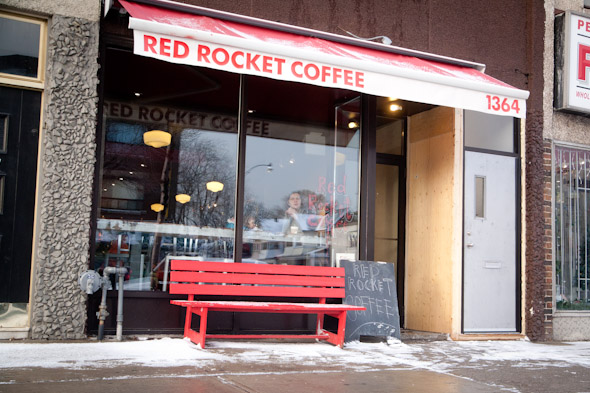