Prologue Cafe wants to be the prologue to your day, making your life just that much more like an epic novel.

Across the street from the Ted Reeves Community Arena and on the way to major GO and TTC transit hubs, the tiny cafe is depended on for coffee and breakfast sammies by commuters. 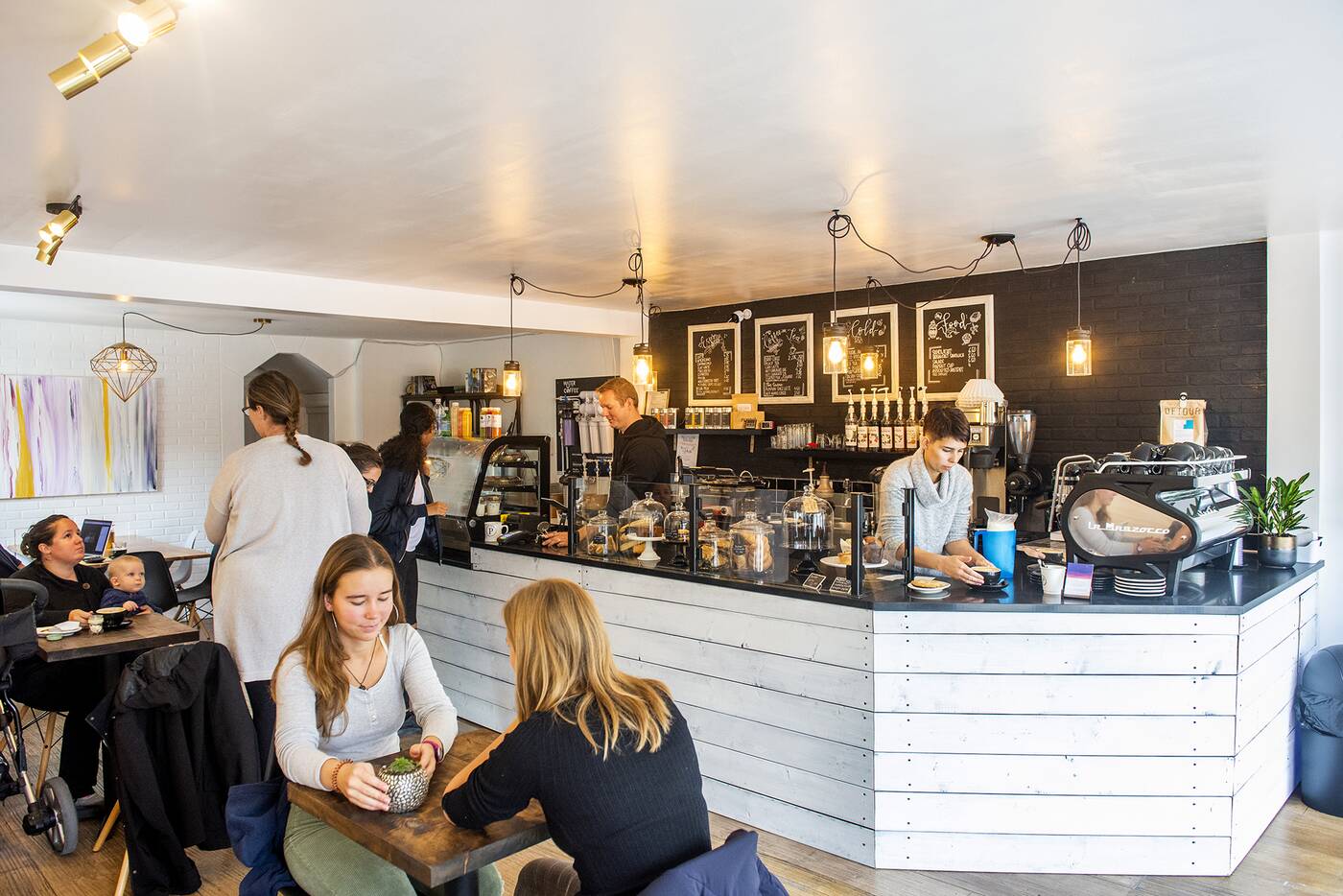 Home to a convenience store long ago and host to a string of businesses before this one, Prologue brightens up the largely minimal space with art by local artists, and hopefully sometimes from students at the nearby high school. 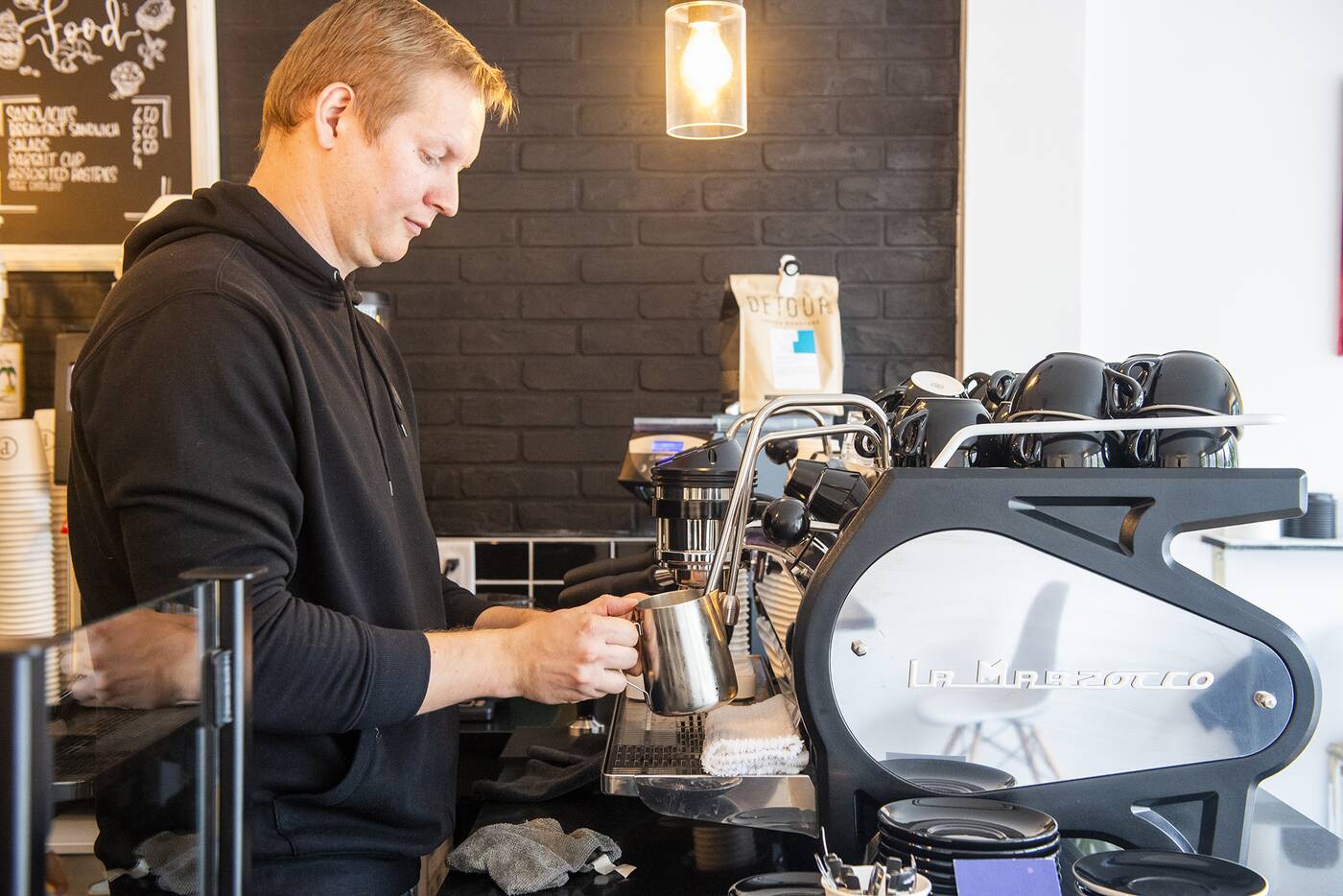 You’re immediately greeted by a La Marzocco Strada, a low-riding Cadillac of an espresso machine that actually wasn’t what they originally wanted, their machine shipped incorrectly. But once the newer model proved reliable and consistent, it had to stay. 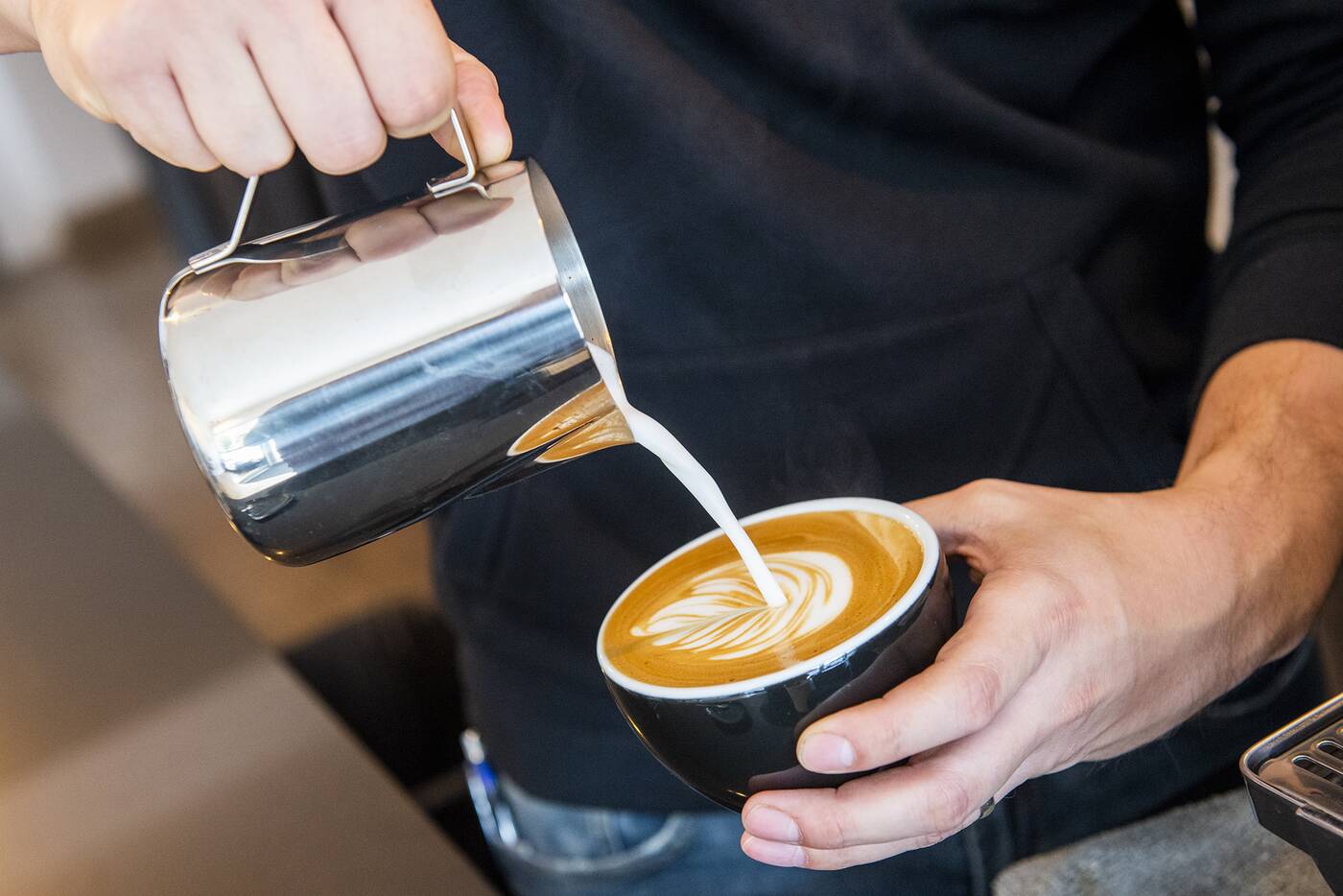 Lattes ($4.25) and all other espresso-based beverages are made with Detour’s Punch Buggy Espresso for balanced, smooth drinks. 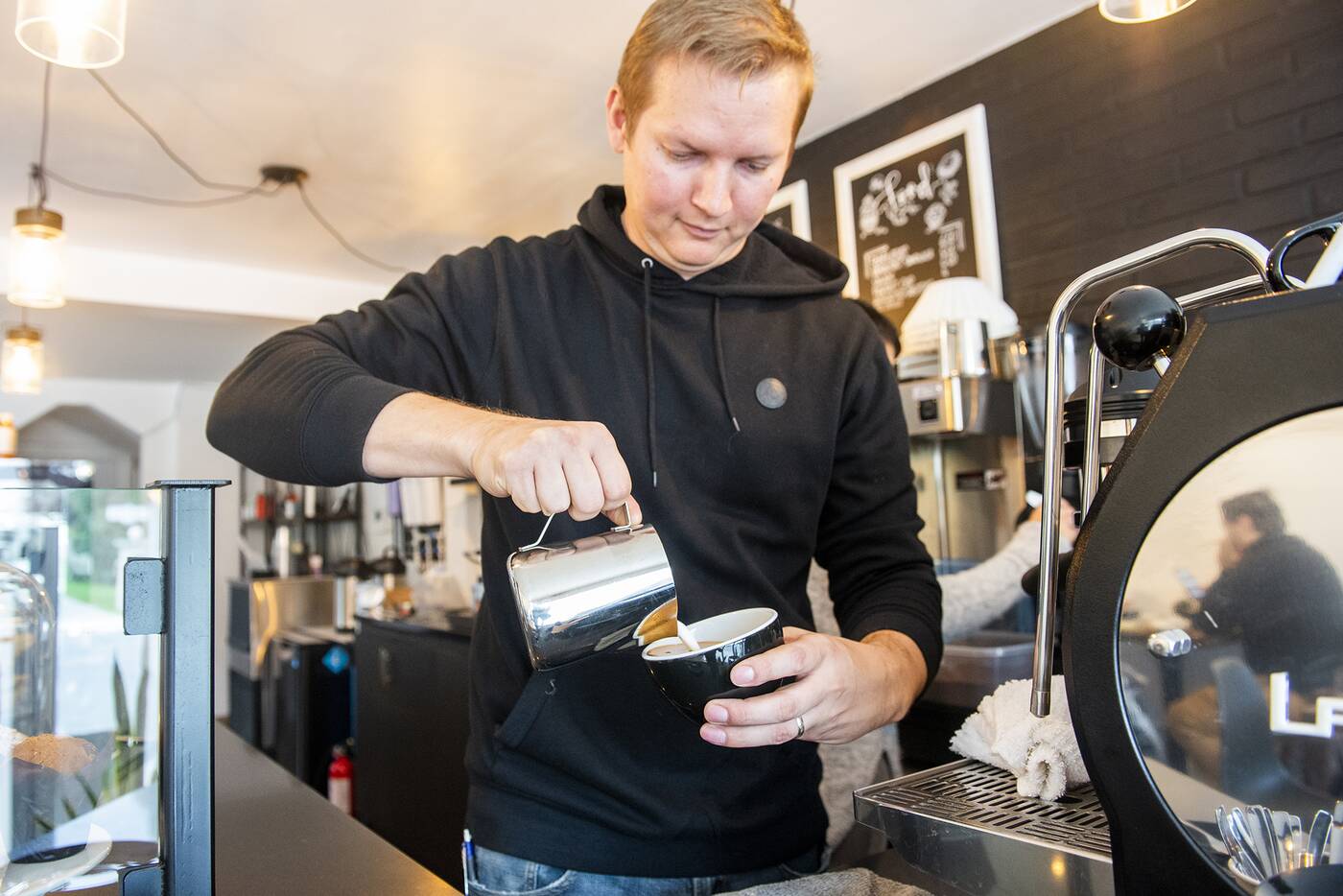 They rotate through other Detour selections for drip, usually offering two or sometimes even three options on weekends, like toasty Detour Dark or their easy-drinking, creamy Bottle Neck medium roast. 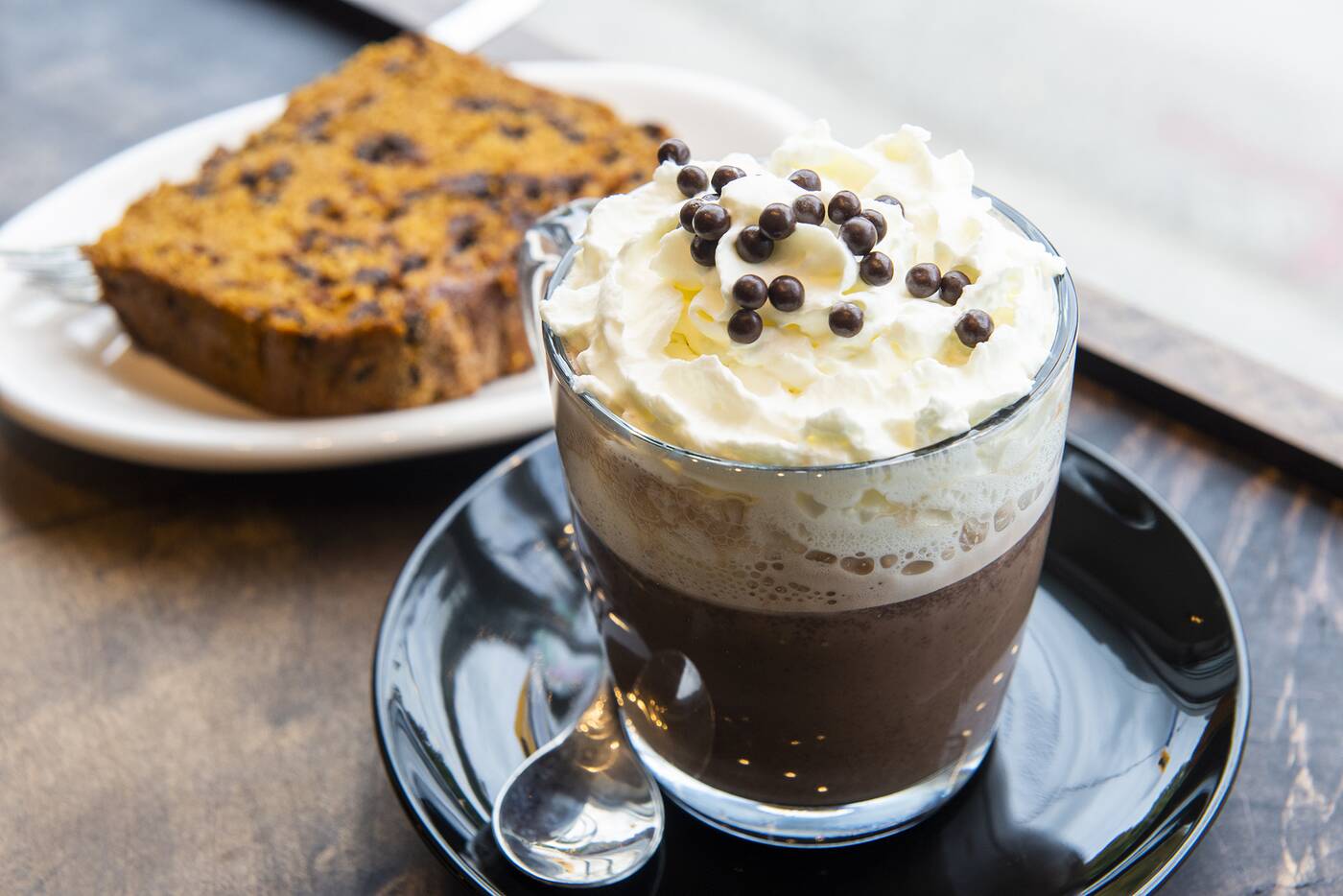 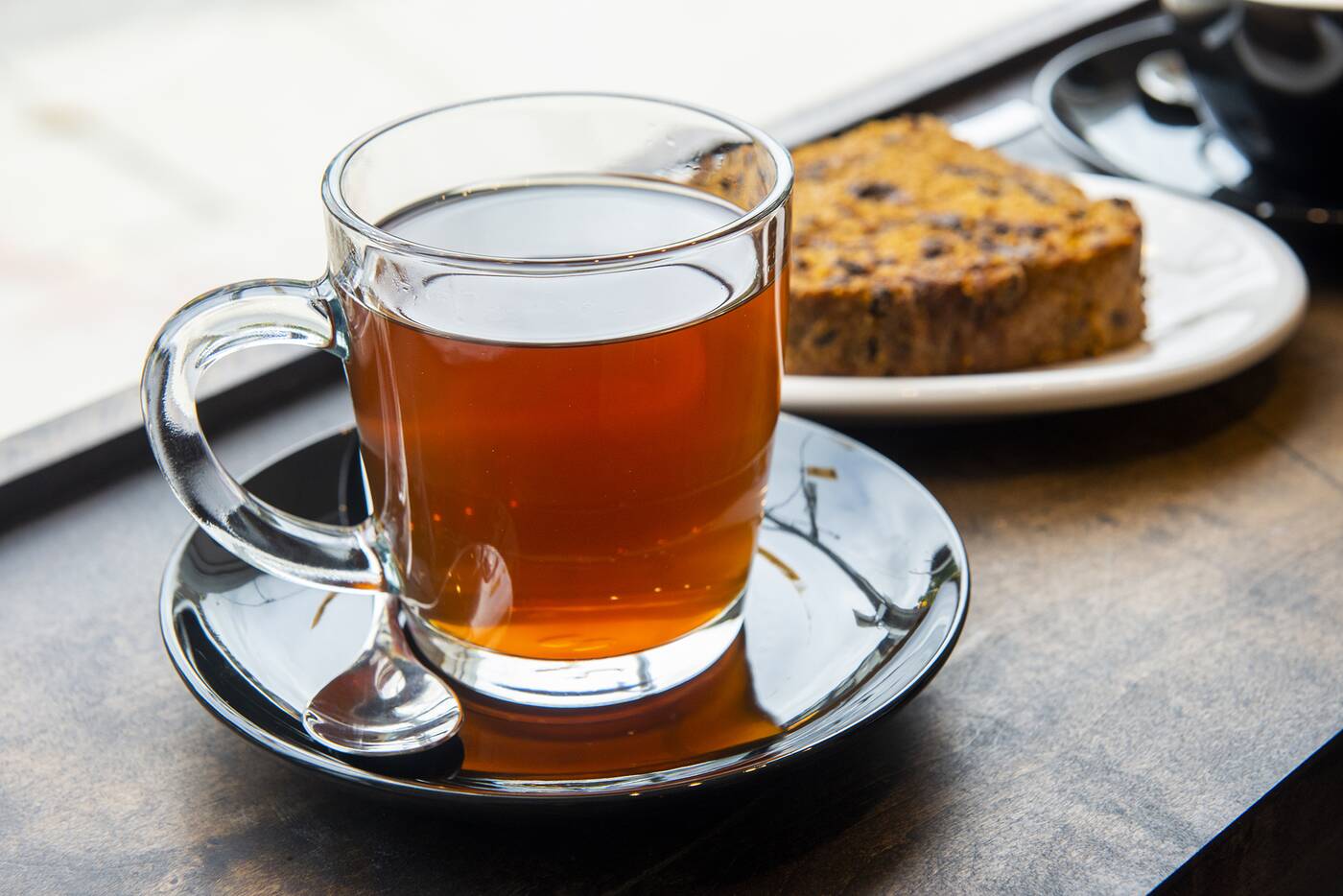 Seasonal hot apple cider ($3.50) is made with an all-natural hot spiced apple cider syrup made by Mountain Cider Company in Vermont. A cinnamon stick, lemon and/or star anise would boost the fragrance and flavour without much more effort, but it’s impressive that the syrup is just cider and spices with no added sugar and tastes great. 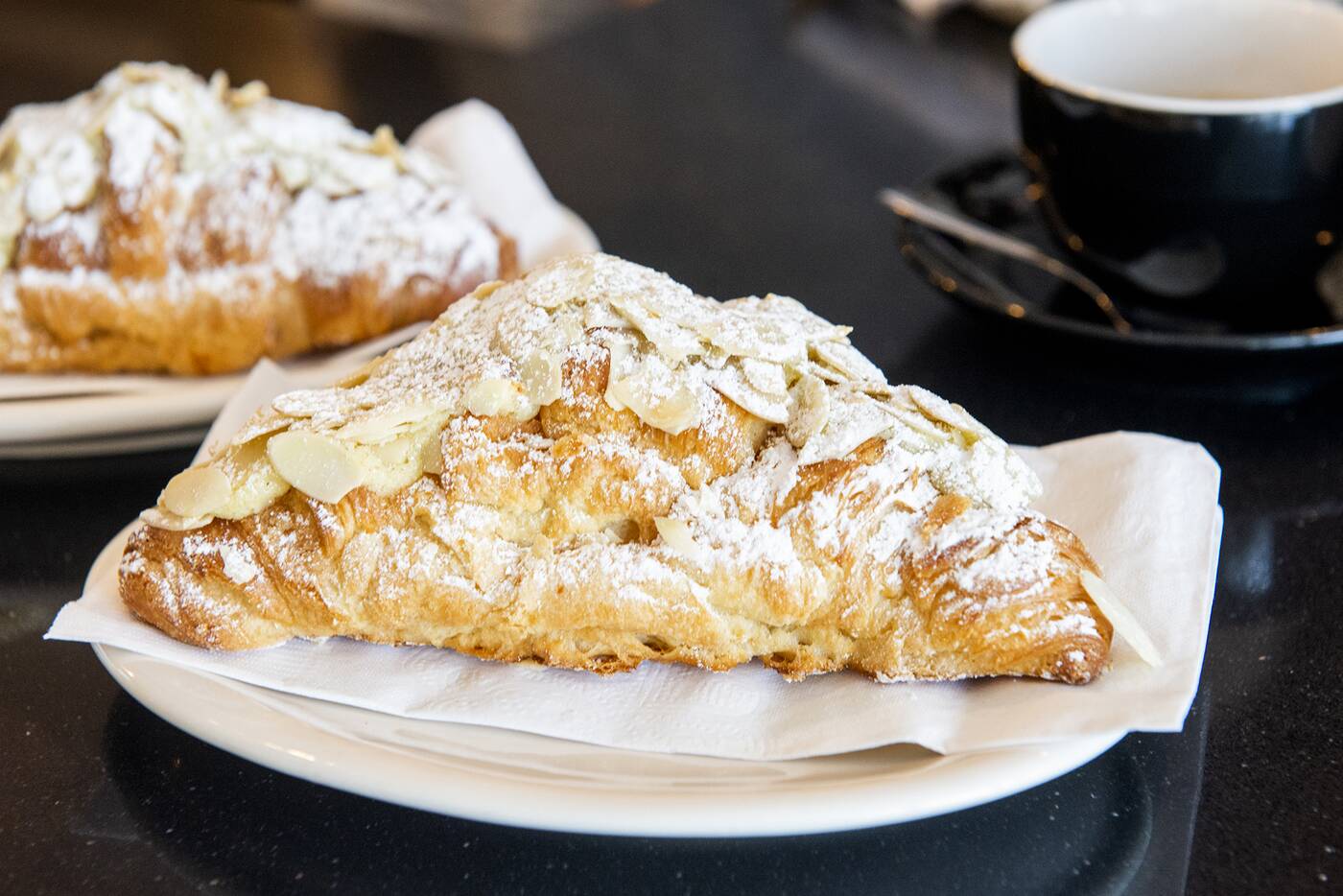 Best-selling almond croissants ($2.65) are provided by Circles and Squares, as well as lots of other options like butter tarts ($2) and date squares ($2.50). 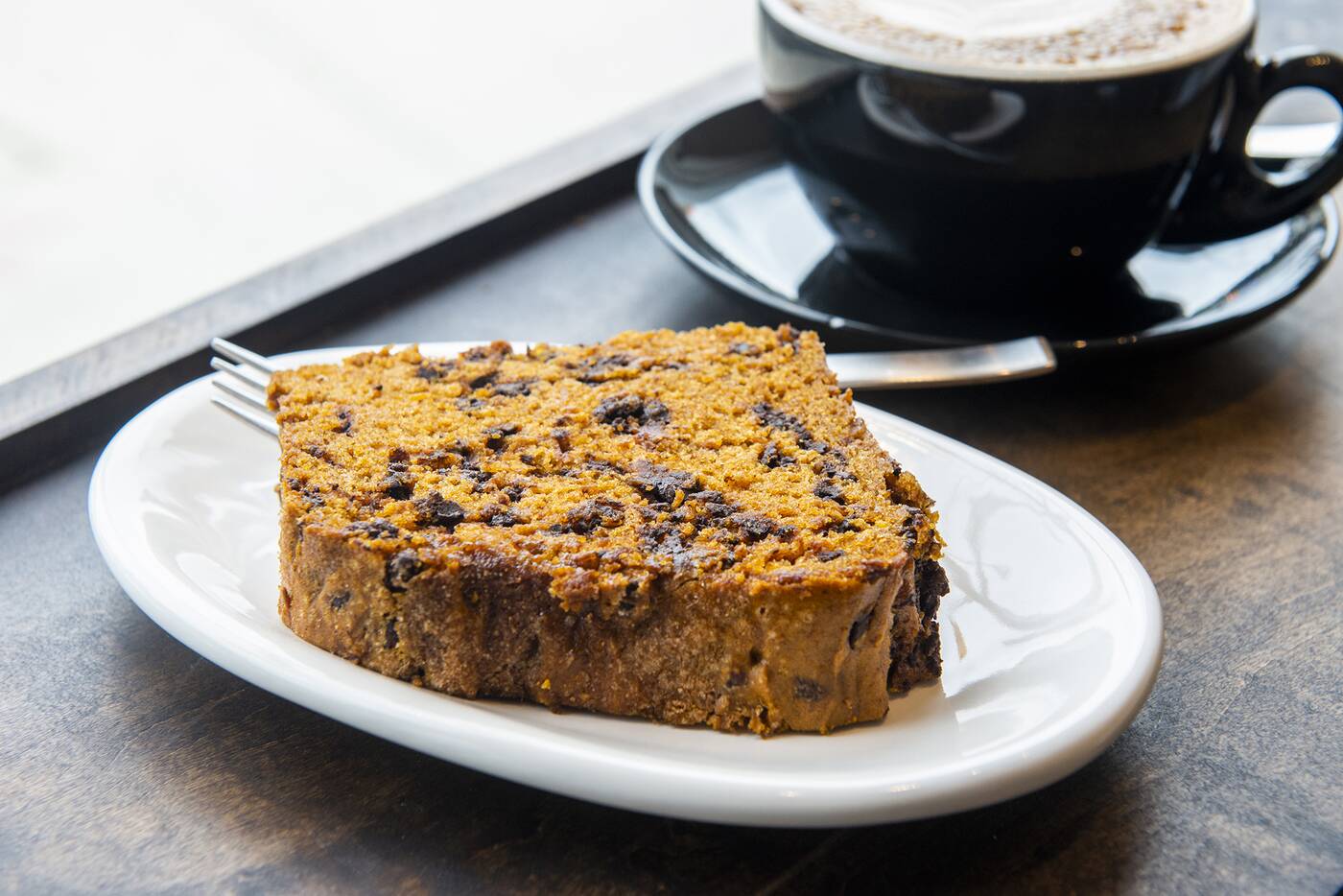 Vegan chocolate chip pumpkin bread ($2.85) from the same bakery is moist without being too crumbly and not at all stingy on the chocolate. 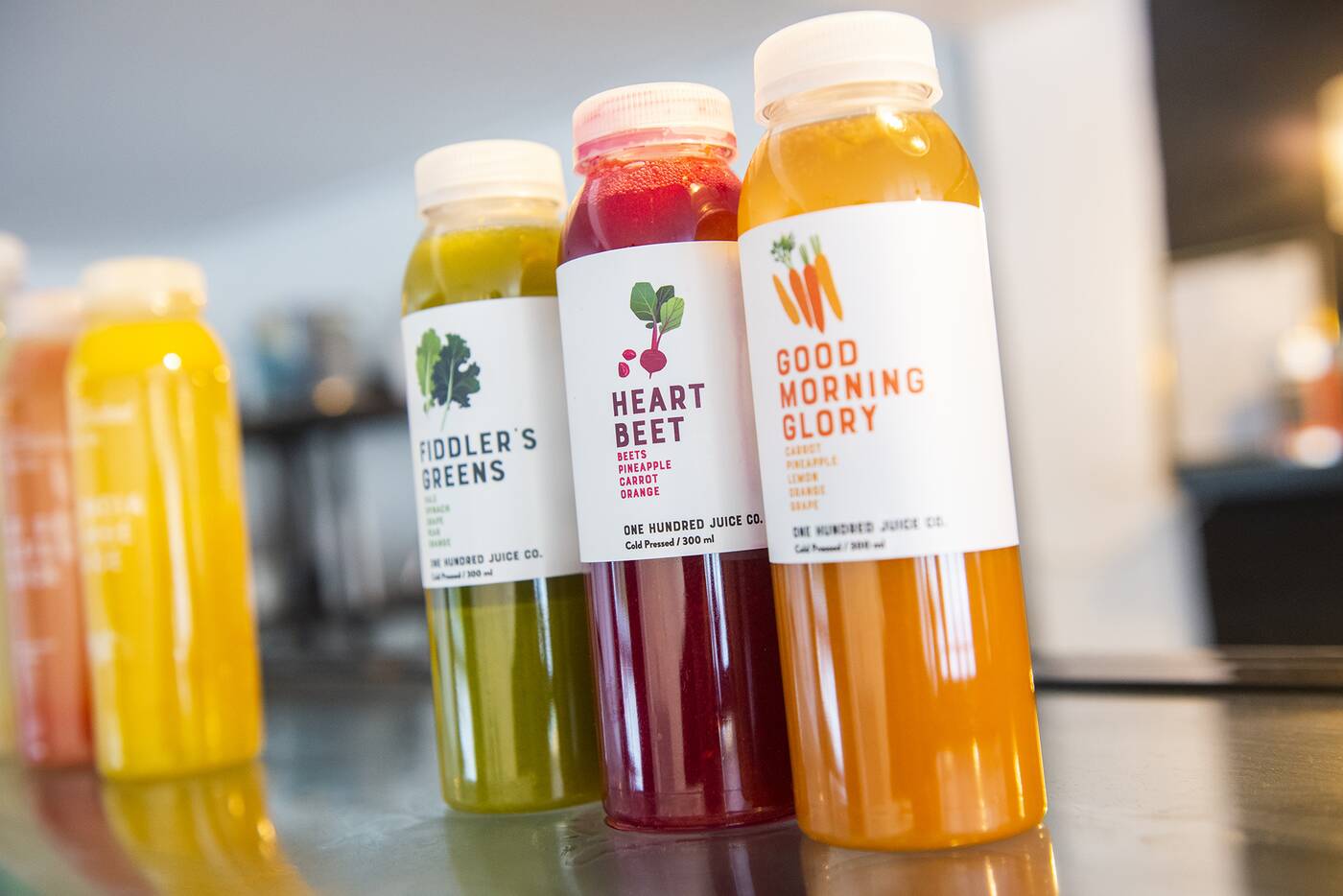 Natural juices ($3.75) are by One Hundred Juice Co., and ham and swiss, roasted veggie and breakfast egg sandwiches come from Feast, both offshoots of Circles and Squares. 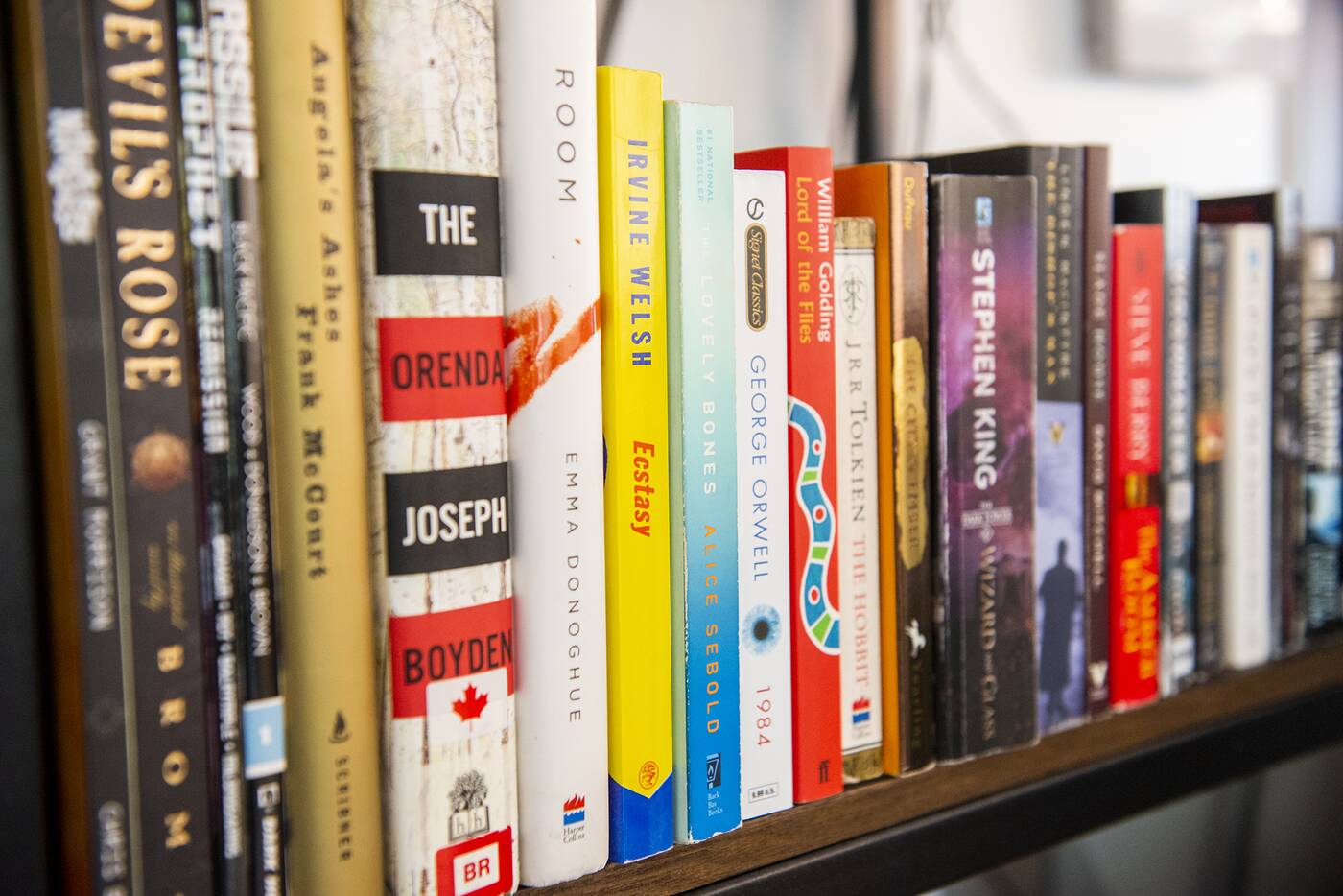 Owner Luke Szyptka gained experience in the cafe business over ten years of working at Cafe Crepe, but also nurtures a deep love of literature and writing, hence the name of the cafe. Watch out for writing workshops and literary-themed trivia here. 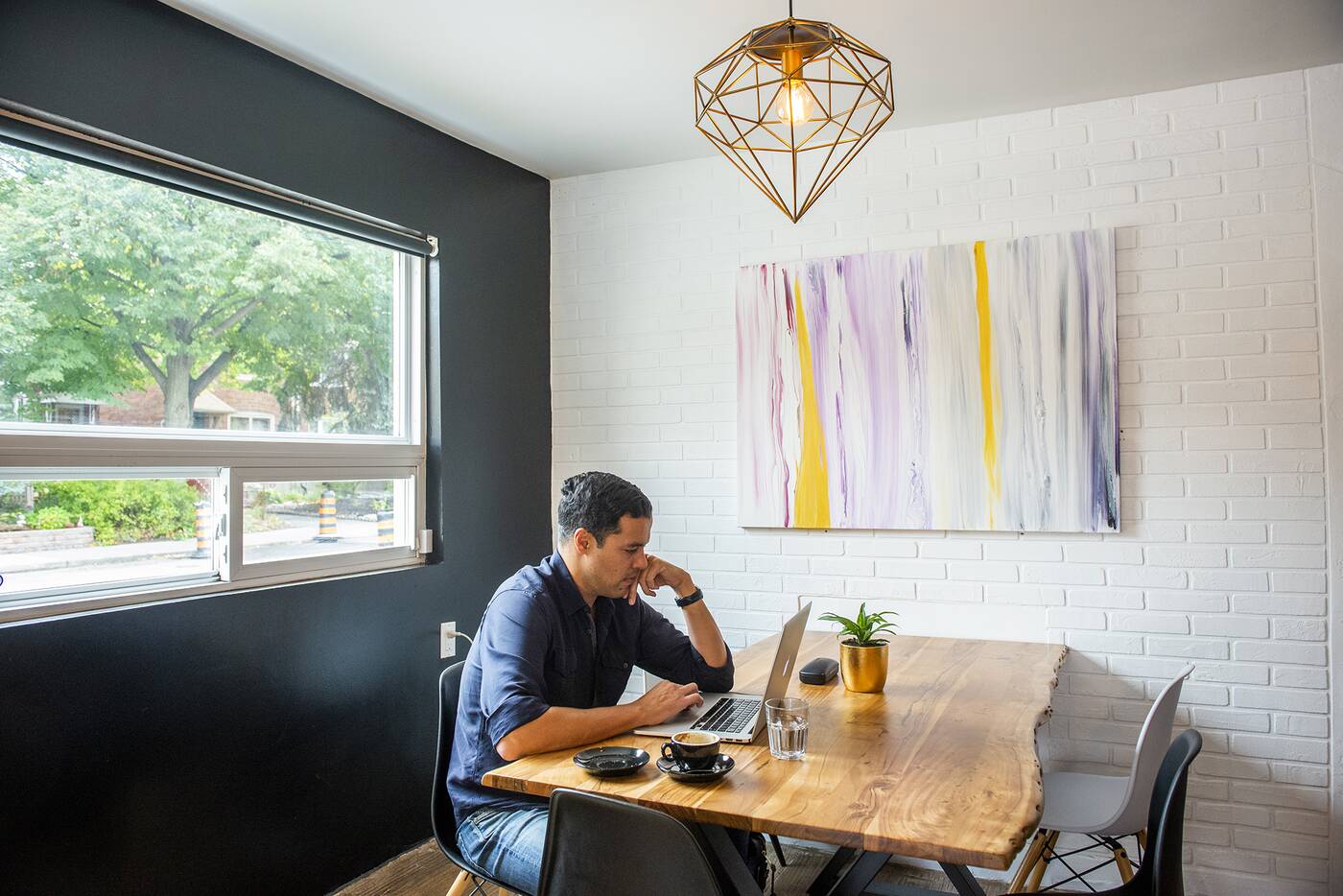 A five-person communal table lies at the back of the 16-seat space, an area that in many cafes is often dark but here is lit up by a large window. 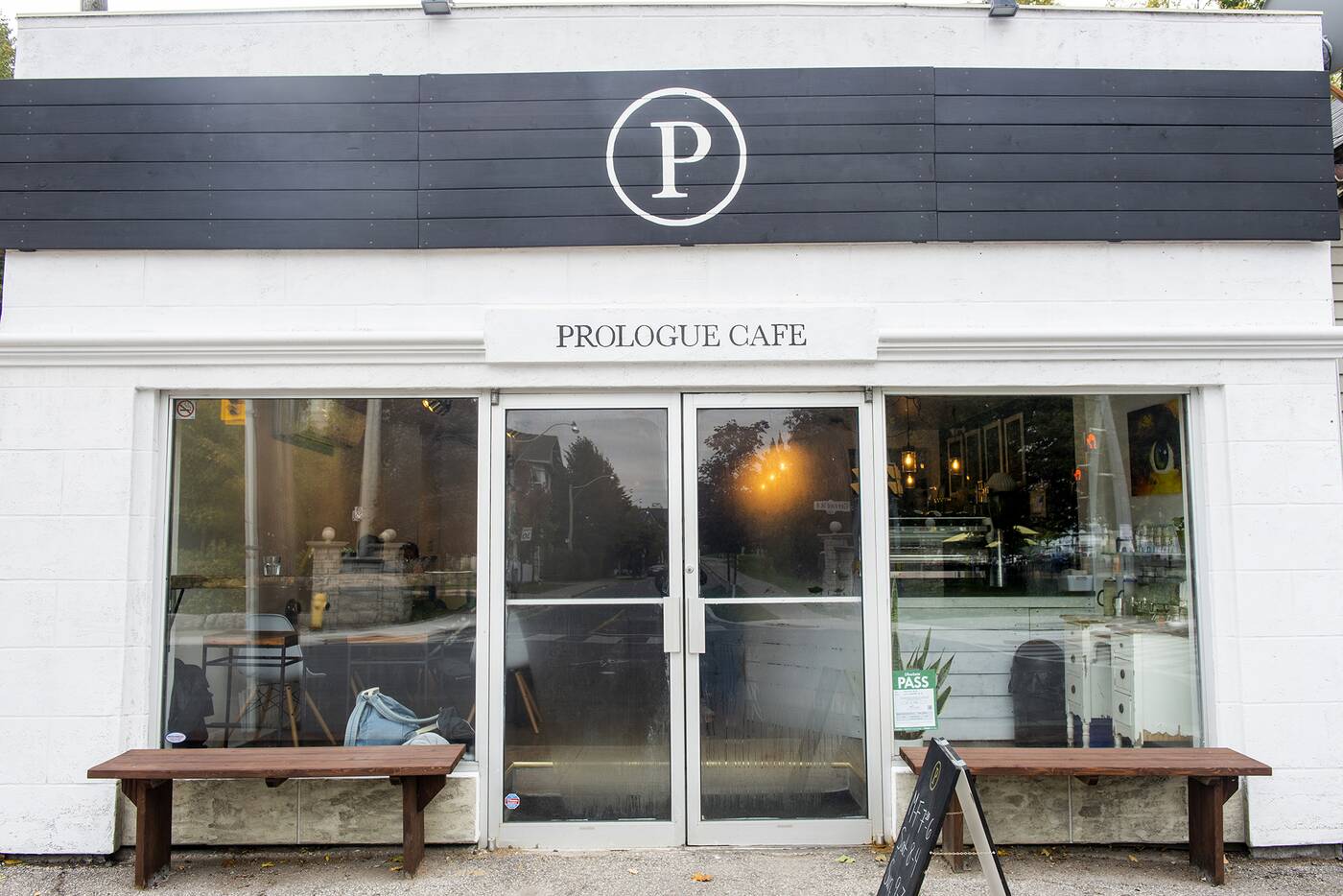