The Pinball Café is every retro-loving, arcade fanatic's wet dream. There she lies humbly in the heart of Parkdale, offering her shiny silver balls for a mere $0.25 a game. What's that, lovlies? You want me to play you? But how do I decide between the fiery Comet with its seductive corkscrew ramp, and the classic Bow and Arrow boasting two powerful kick-out holes? Oh, and you've caught my eye too, Supersonic; I see you flashing over there. Yes this, friends, is Toronto's pinball oasis, and it comes with Sugar Babies, chrome jawbreakers, and espresso. 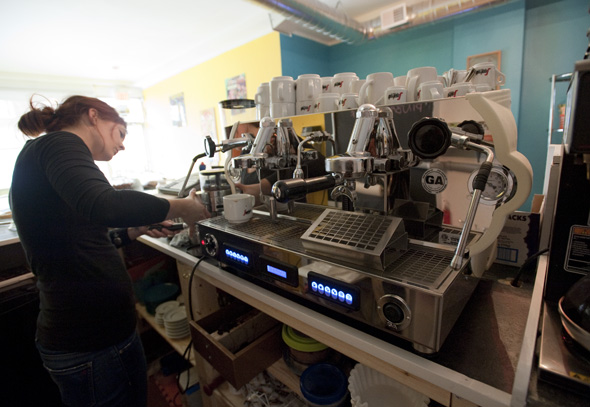 The idea that pinball machines and coffee create an equation for greatness is so simple it's silly; but simplicity aside, it wasn't until Jason and Rachel Hazzard came along that the concept was brought to fruition. Wanting to bring pinball out of the basements of the city (quite literally), Jason decided the odd spattering of machines here and there wasn't enough for Toronto. We needed a pinball hub, and he would be the one to create it. 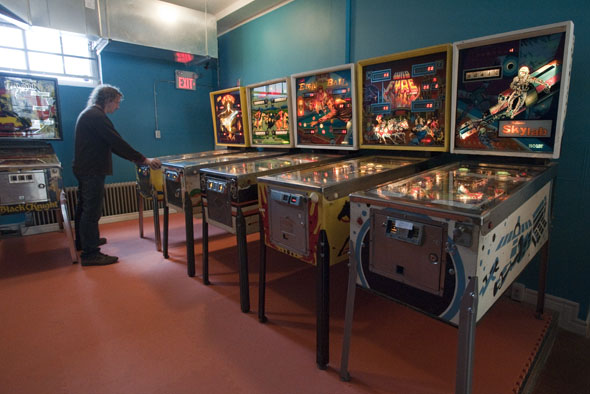 Now, the wizard dream is alive — blinking lights and all — and ready to take in new pinball purveyors from season veterans to first timers. And it is for that latter category of players that the Hazzards have decided to leave alcohol out of their game plan. 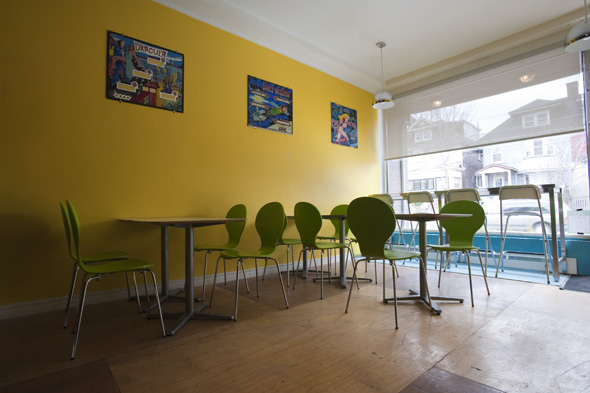 "I know some people are genuinely upset," Jason says as we chat the morning after the café's inaugural night. "I'm not against alcohol; I'm not a prohibitionist," he adds. "But this is a family-friendly space. It's not something I'm going to be pursuing, and I just hope I don't regret it." 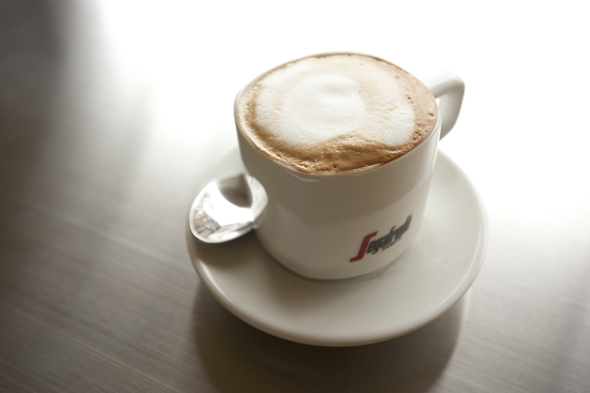 The day has kicked off slowly with a couple of teens drowning quarters in the eight machines at the back. The odd passerby has dropped in for an espresso ($2.50) or cappuccino ($3.50), though Jason says they are still working on getting word out that they are indeed a full-fledged café, free WiFi and all. 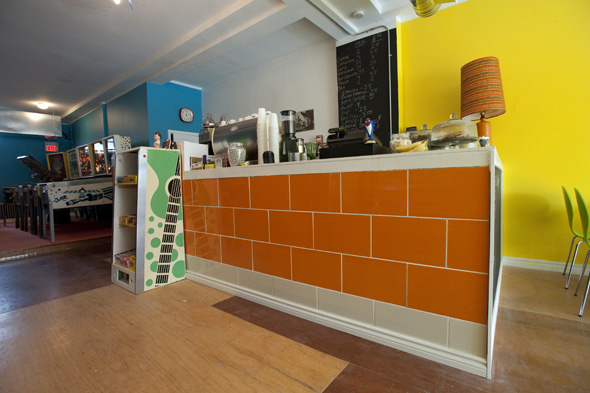 "We have great coffee," he says of the drinks made with Italian-roasted Segafredo beans. "I want this to also be a place where people can stop in for a coffee on their way to work or pick up something to eat, as well as play pinball." No beer, alas, but the café does have an assortment of baked goods from Yummy Stuff , retro candies (housed in a hollowed-out pinball machine frame), and milkshakes ($5.00), floats ($4.00) and other pinball-prime-era favourites.

The machines themselves are all in working order, though Jason admits that some of them have a bit of "personality." 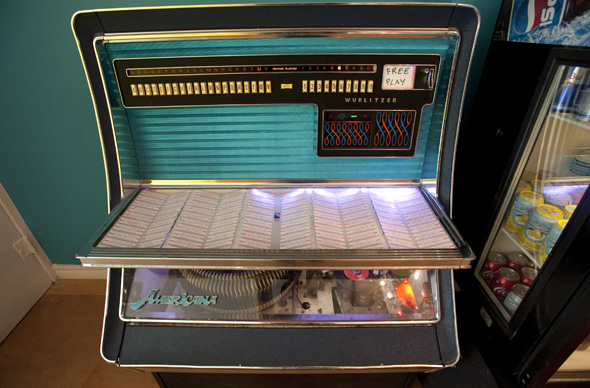 "Some of them are from the '60s and '70s, and they've been through the wringer," he says. "They're delicate; there's a reason public spaces are hard on machines." To make the play gentler on the machines, Jason has placed them on a mat with a little give, making the occasional nudge less taxing on the legs. And while it's totally and terribly cliché, The Who's "Pinball Wizard" is listed at A1 on The Pinball Café's awesome, fully-restored 1973 Wurlitzer Americana jukebox. 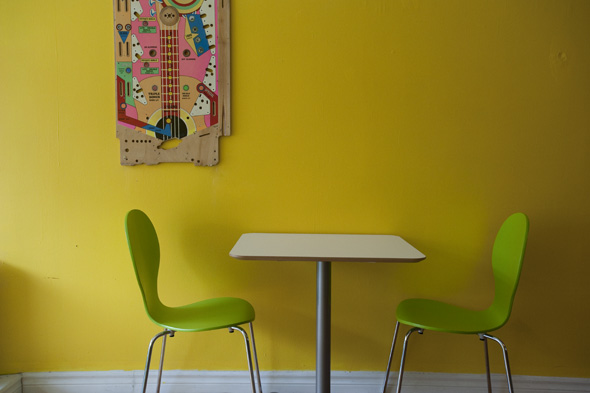 There are also a few 45s of classic '80s hits, which [huge hint] would perfectly accompany a small collection of retro arcade games. Keep your fingers crossed, and check the basement in the coming months. 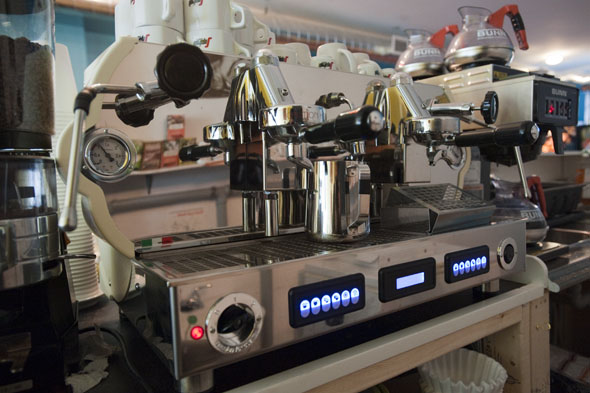 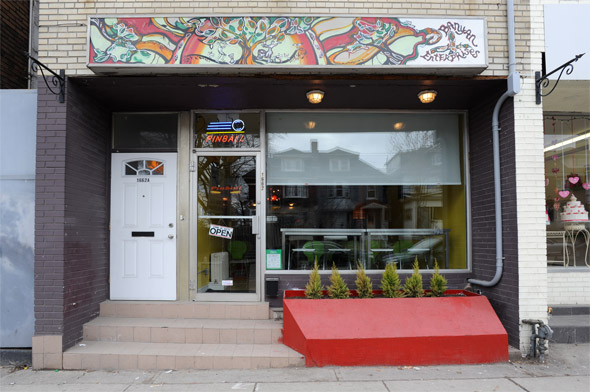